I started by looking at the etymology of obssession, relating to french and found it meant "possessed by a spirit of preoccupation" and thought about a rabbit struggling to survive a winter winter.

I was very light in my sketches and my thumbnails, so I don't think that they show in the picture. My first idea was the rabbit trying to find food in a supermarket and only to find the shelves empty, but I found that hit too close to home, so later I thought of rabbits persuing our beloved Mr. Rabbit, but I didn't like that idea either. I opted for a fox and liked the idea sort of inmediately

I think in the future I have to pay more attention to lettering, since it's not consistent in the first panel and crooked in the second.

Huge thanks to Ira Marcks. I'd been thinking of trying to do a comic for a while, but was intimidated by the idea of it. 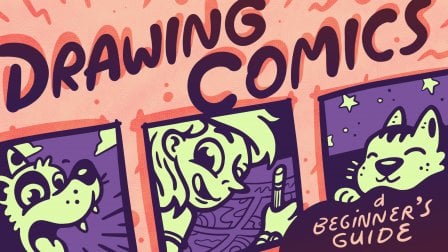