I originally started with something about someone hiding froms some goons around a corner. 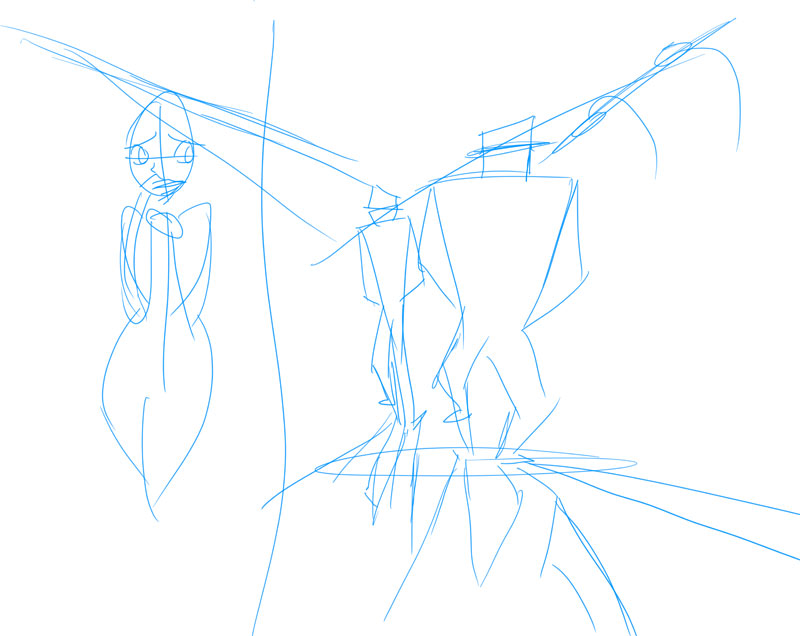 But it felt really trite, even when I tried to make the hiding person a reporter or a spy. Just, I dunno, no emotional connection.

I've just started seeing a psychologist, and it's made me reflect on how, as kids, we had no agency or understanding. Sometimes adults are not as mature or strong as kids need them to be. I used to wonder, "Why is mommy...?" And I drew on that for this: 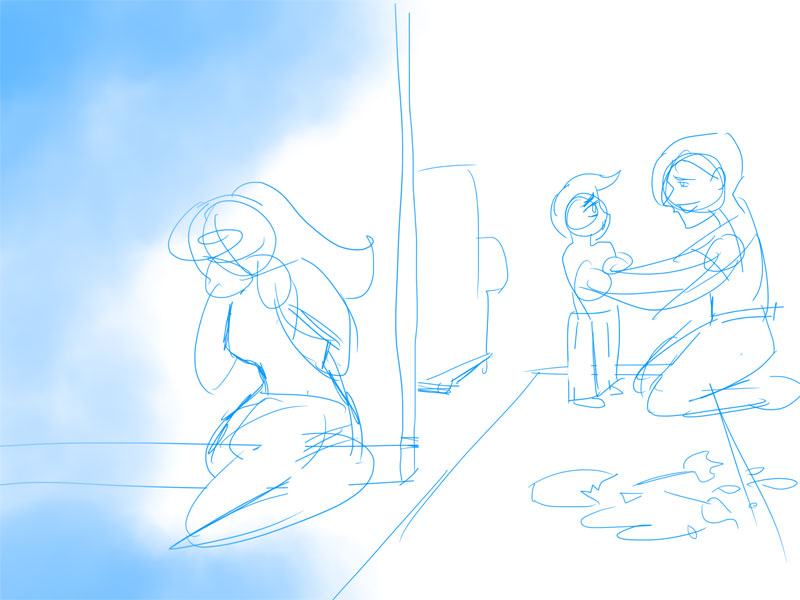 It's really sketchy, not nearly as pretty as the other art in here. (I got started late because I was making this.) But you still get the perspective, the lines. She's framed in darkness while a warm and comforting scene unfolds one room away. Obviously something has upset her, and the child is worried. The other parent (I'll leave the gender up to debate), tries to comfort the child while covering for the mother. It looks like she could really use some comforting, too.

I was thinking, her body doesn't feel 100% right. I think I could plus it to make her anguish more apparent.

What do you think?

Update: I didn't like her body in that first one, so I tried using a withdrawn, knees-to-chest pose at my husband's suggestion. But which direction she's facing really changes the mood! What do you think? 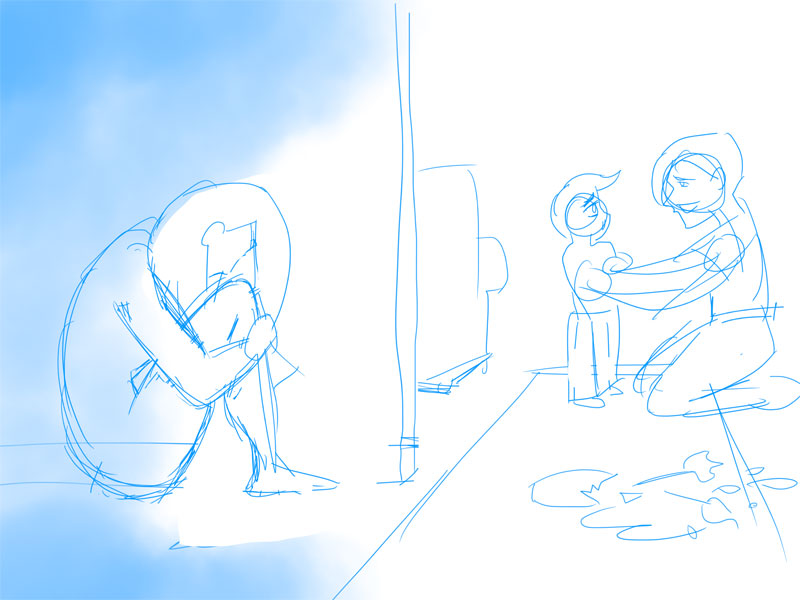 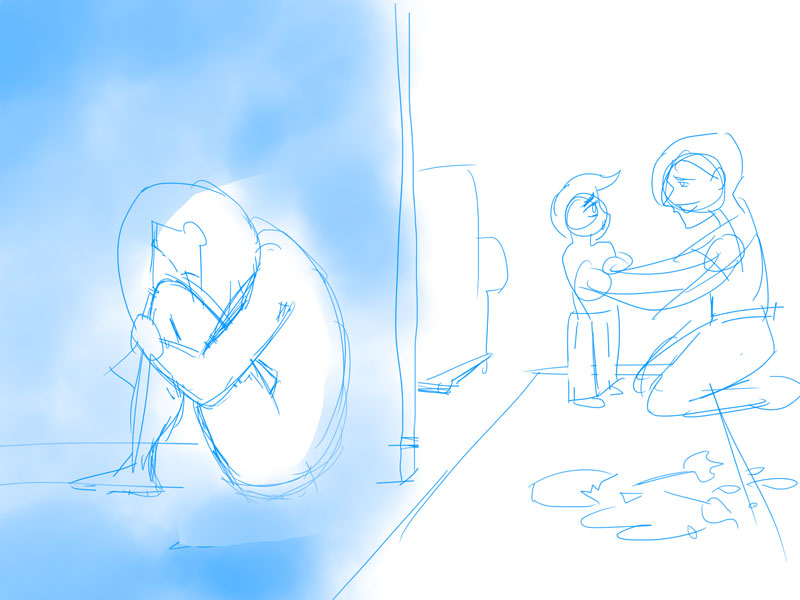 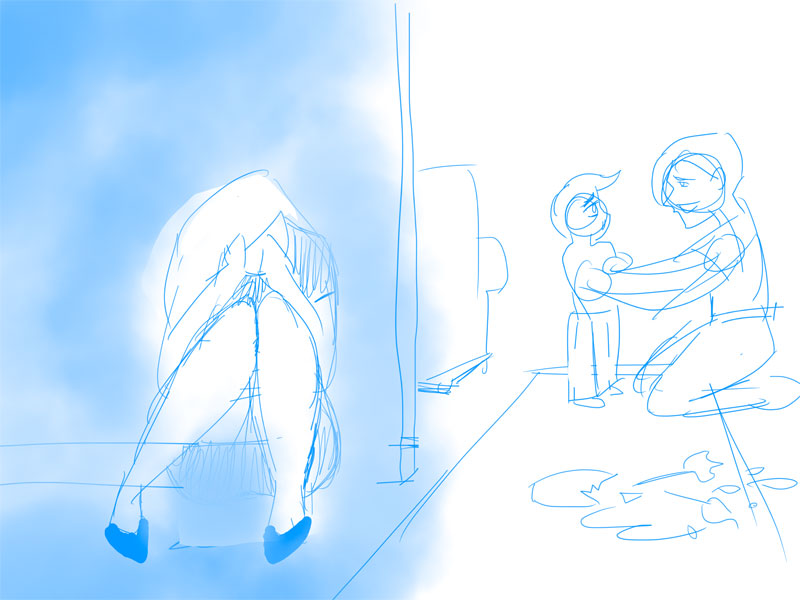 Updated! Thanks for all the useful feedback! I've made some changes, like adhearing to the rule of thirds more strictly and connecting the shadows to the rug, and thus the woman to the vase to the child. 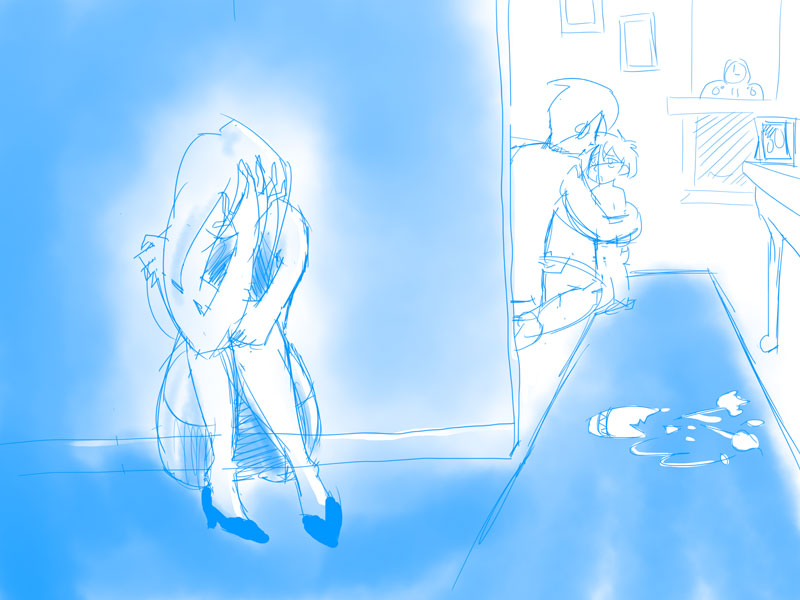