Why Your Auto Mode Shots Don't Turn Out Right

Thank for you a fantastic couse. I'd never really thought of writing for one specific person before and I can definitiely that it will improve my writing.

Here's my kick at the can. This is the url to my blog post.

I'd love to get some feedback on it.

For those who may not want to follow the link, here is the text:

You own a decent camera and it has an “intelligent” auto mode. You’re taking a picture of a stunning subject and the light looks great. You snap a picture and, for some reason, it doesn’t look like you had hoped it would. To make things worse, you probably only found out just how bad the shot was after you got home and uploaded it to your computer. What happened?

Cameras are smarter than ever. That means that you can trust auto mode or program mode (some even call it “pro” mode) to figure out the shot. Right? Sadly, no. Your camera is not nearly as smart as you think it is and here’s why:

When you use your camera in auto mode or any of the other intelligent modes, it does some complicated guesswork. It tries to figure out at which speed to fire the shutter and how much to open the lens. In nice bright daylight settings, it may be pretty good at this.

When it gets darker, your camera really isn’t all that good at guessing anymore. It tries to shoot slower and open up the lens more. Unless you’re using a tripod or a lens with very effective stabilization, this means that you’re probably going to take blurrier shots than you wanted.

If even the camera doesn’t think you’ll be able to get a steady shot, it’ll pop up the flash to try to give you more light. On-camera flash and auto mode can be a deadly combination. If you’ve ever tried to shoot a concert from anywhere but the first few rows, then you’ve probably taken more than one picture of the people in front of you instead of the artist.

What’s happening here is that your camera thinks that by firing a flash, it can speed up the shutter and let less light through the lens. It’s not technically wrong but what it isn’t smart enough to know is that the amount of light that your flash is giving off is nowhere near enough to light up the whole room. All it’s doing is lighting a few feet in front of you. That’s why auto mode is really good at taking pictures of the back of people’s heads.

The other thing the flash does is give you some really weird shadows. You’re firing off a small direct light in the thousand watt range right at people in front of you. They get blasted with light and everything behind them disappears into the shadows. If you’re using a nice long telephoto lens, then you may even be able to see its shadow in the picture too because the light from the flash can’t get around it.

So what can you do to make up for your camera’s auto mode shortcomings?

The obvious answer is to switch to Manual Mode and correctly expose the shot. A good photographer is much smarter than the most “intelligent” auto mode. If you’re not ready to that yet, there are still some ways you can get your shots to look more like what you had in mind.

Use a Better Flash

Sometimes improving the shot can be as simple as turning more lights on. If the shot isn’t working, and you can do it, start by adding more light.

There is a lot more to be said for using a better flash than can be summed up in this article but buying an external flash and lighting your subject from a better angle can make a huge difference to the way your pictures look. If you’re interested, The Strobist has a fantastic blog dedicated to ways that you can improve your shots with off-camera flash.

If you’re not ready to make the full jump to manual mode yet, then you can gradually move out of auto mode. By putting your camera in Shutter Speed Priority mode and locking in a shutter speed higher than 1/60 of a second, you will increase your chances of getting a steady image. (If you’re using a telephoto lens without image stabilization, I’d recommend bumping this up to 1/125 to be safe). This isn’t going to guarantee perfect shots but it’ll increase the odds of them not being blurry.

Sometimes you want a bit of blur. Auto mode can’t guess this for you. Shooting in Shutter Speed Priority mode also lets you decide whether to freeze a subject or let it show some motion blur. Choosing a high shutter speed will let you get crisp images of moving subjects. Slowing it down lets you get creative by blurring things like moving water or car lights.

Play around with shutter speeds to see what works for you. Some (lucky) people can take steady shots at much lower speeds than others. If you’re shooting at night you may need to really slow the shutter down to get the shots you’re after.

You can get mirror-like water by really slowing down the shutter speed. In this case, I took a 5 minute exposure to really blur the canal.

If changing your shutter speed is still not giving you the look you want, the next thing you should change is your ISO.

In the days of film, the ISO was a way to define how light sensitive the film was. A roll of ISO 800 would capture far more light than a roll at ISO 100 would. Knowing that you’d be shooting in low light meant loading up a roll of very high ISO film so that you could afford to shoot faster.

Today’s cameras let you set the ISO for every shot you take. By bumping up the ISO, you increase your camera sensor’s sensitivity. This means that a shot with a higher shutter speed has a better chance of not being too dark to use.

There was, and still is a cost to higher ISO though: grain. The higher the ISO, the greater the risk of grain. Some cameras today allow you to push your ISO all the way into the millions. As you can see, shots taken at these levels are extremely grainy. Don’t push your ISO so far that you can’t use the picture just so that you can shoot faster.

Mastering these three concepts won’t make all of your pictures turn out the way you want them to but will go a long way to helping you get the kind of pictures you’re hoping for. 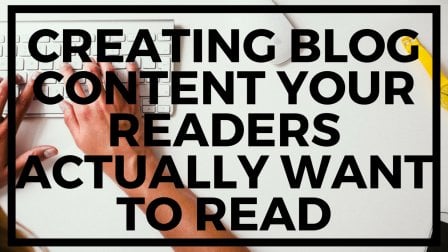