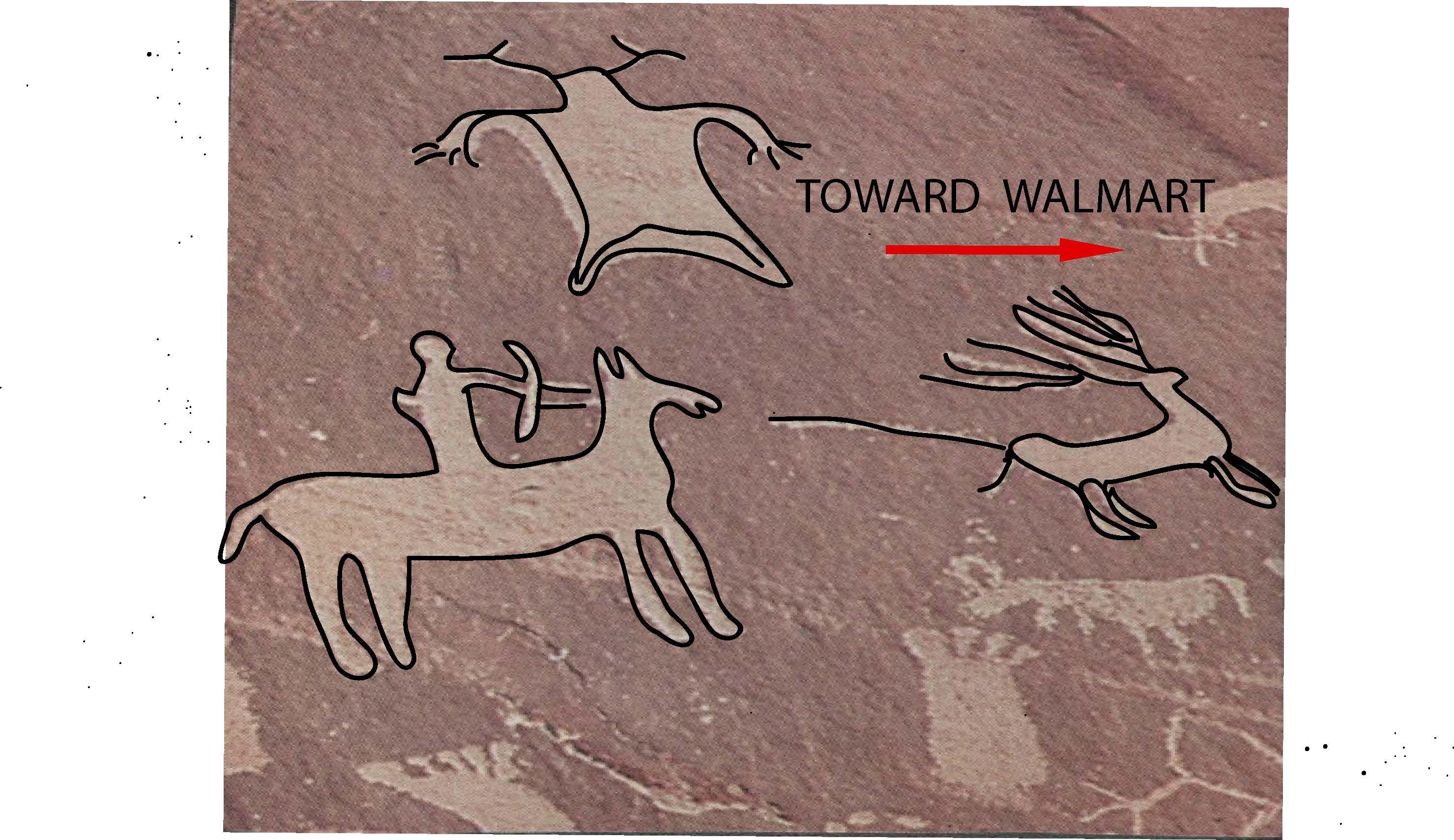 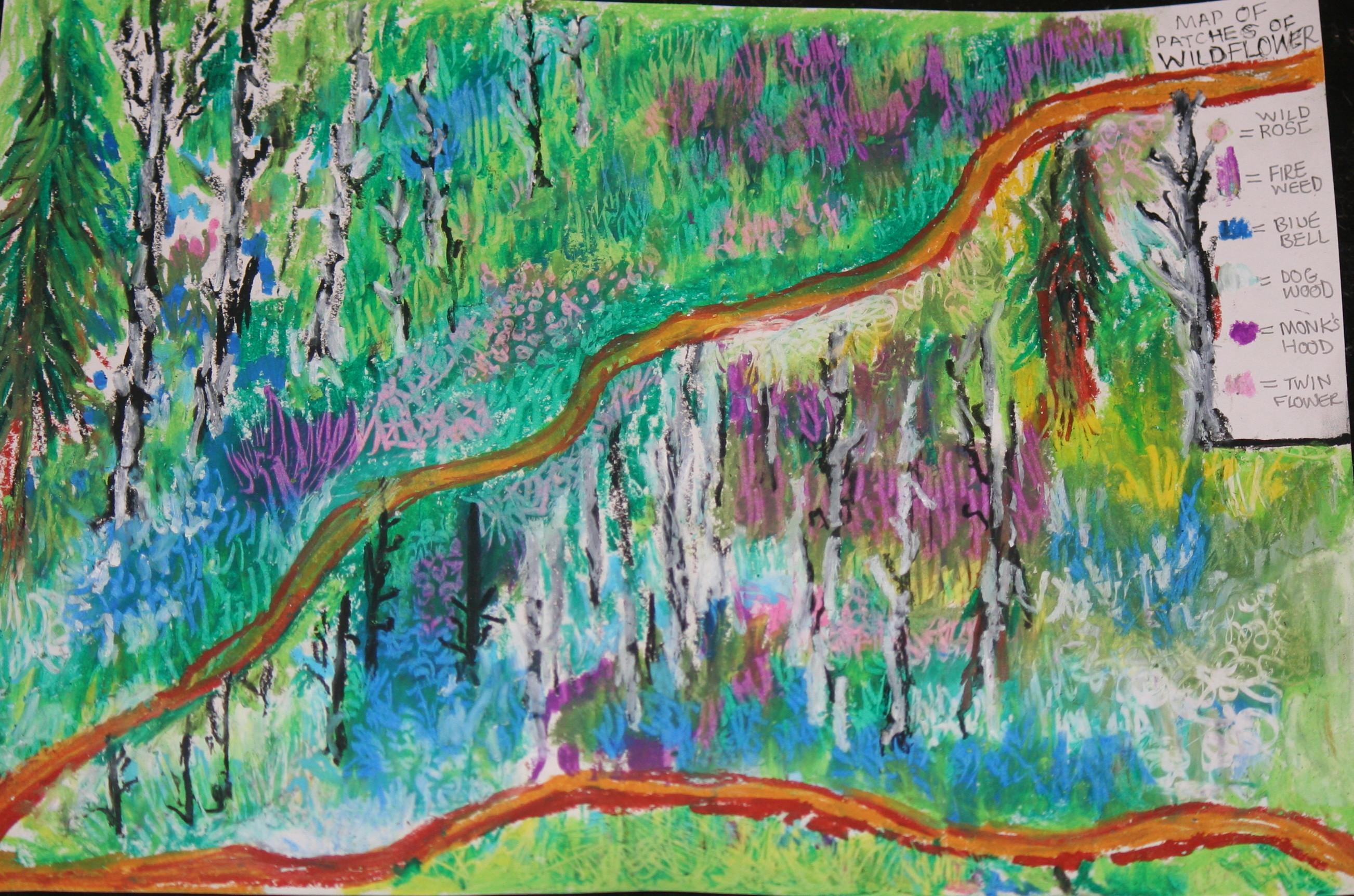 I couldn't imagine making a city because I don't like cities and I don't want to live in one so I kept thinking about creating a place rather than a city. This place had to be based on trying to make a city more appealing to myself. It occurred to me that one of the reasons I don't like cities is that there is no form or shape to grasp onto. That lead me to think of making a city in the shape of an animal or a child's drawing or a petroglyph-- something that could be latched onto for reference points i.e. I live in the head, or the rt. arm or the left leg. So at first I made a Clean Beautiful River running through and at the headwaters had a place to skate or swim and then I started to put in trees and other petroglyphs and make roads and then I looked at the petroglyphs and thought about how they were on a rock wall and thought about how far we have come from that time and then I thought all roads from that time have led humanity  to Walmart  so I just totally simplified ...... Onwards!