We're all just nouns on the inside.

I overheard this quote recently at work. After one of my coworkers said it, another said "That would be a great hand-lettered piece," and I immediately said "I'LL DO IT!"

A little background...I'm an art director at a magazine in a very open and collaborative environment. A story that I was laying out didn't have the best headline because it could have been taken the wrong way (we always have to think twice about that kind of thing in journalism).

The editor and another writer were discussing how they could alter the headline without it becoming too controversial. The story very subtly touched on the issue of race. I think they were just stuck on coming up with a better noun when one of them said "We're all just nouns on the inside." Though it was hilarious at the time, the more I researched for my moodboard the more I realized how wholly truthful this statement is: we're all the same on the inside.

As you can see, I already kind of have three directions where I could take this lettering:

I decided that my regular voice sketch would best match the feel in the top right corner of my moodboard, which is the newspaper/language look. I always have to do a couple thumbnails first before I can draw a bigger sketch.

The top right thumbnail was pulling from that black and white block pattern which reminded me of stencils. I like the bottom one the best because it gives a nod to letterpress. I wanted to spice up the surrounding text a little. I tried out a couple of different styles, ultimately going with a slightly different sans-serif from what I had in the thumbnail.

I think the screaming tone goes best with the look of the top left corner of my moodboard. First I started with some thumbnails.

I really liked the look of the loose cursive type, but I'm not sure if it reads as screaming...even if it is big and bold. I might be able to make it louder by using color and pattern once I bring it into Photoshop. I also liked the idea of a large drop shadow so I played with that as well. I went ahead and did a sketch for both to see if that would help me decide!

I had a really hard time trying to illustrate the concept of existentialism and feeling insignificant. It would take more of a graphic design, but I really wanted to focus on lettering. I was also so excited about my refining my second sketch (screaming) that I didn't focus as much on this one.

I was trying to get across the large imposing feeling of NOUNS and feeling insignificant with the smaller lighter type. Ultimately, I decided to go with the barely there shadow treatment for my sketch.

After sleeping on my sketches for a while, I finally discovered the solution for how to combine the two ideas that I had for my screaming voice. I did a reversed out type treatment and a shadow with some line details (like Mete suggested!) to really make it look loud.

I realized I forgot to ink it once I starting experimenting with it in Photoshop, but I actually really like the texture of the pencil. I also used a bright bold color to further illustrate the screaming voice.

I'll probably go back at some point and ink it because I think it will also look nice with such a stark contrast, but I wanted to get this in before the deadline!

Woo I had time to ink it tonight! I also changed the colors a bit. So happy with how this turned out...thanks for a great class Mete!

I decided to go ahead and vector this design because I'm thinking of putting it on a t-shirt and I wanted a cleaner look. I played around with making it more expressive, but I really like this as my final. I know it's not quite the "screaming" voice but I still got a great piece out of it. 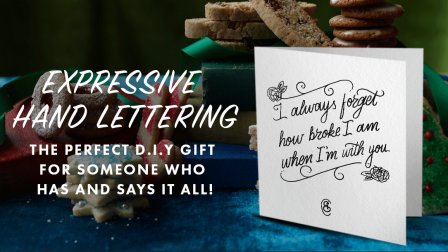