Week 3  This week we had the chance to go to the circus as well as get outside in some beautiful spring weather. I tried NOT to take 'classroom' shots as that felt very technical. Rather I stuck with my usual subjects, but tried to keep some of the techniques in the back of my head.  This has been fun :)

1. Circus.  The circus always feel old fashioned to me. I tried to communicate a sense of that with the yellowing of this b&w. 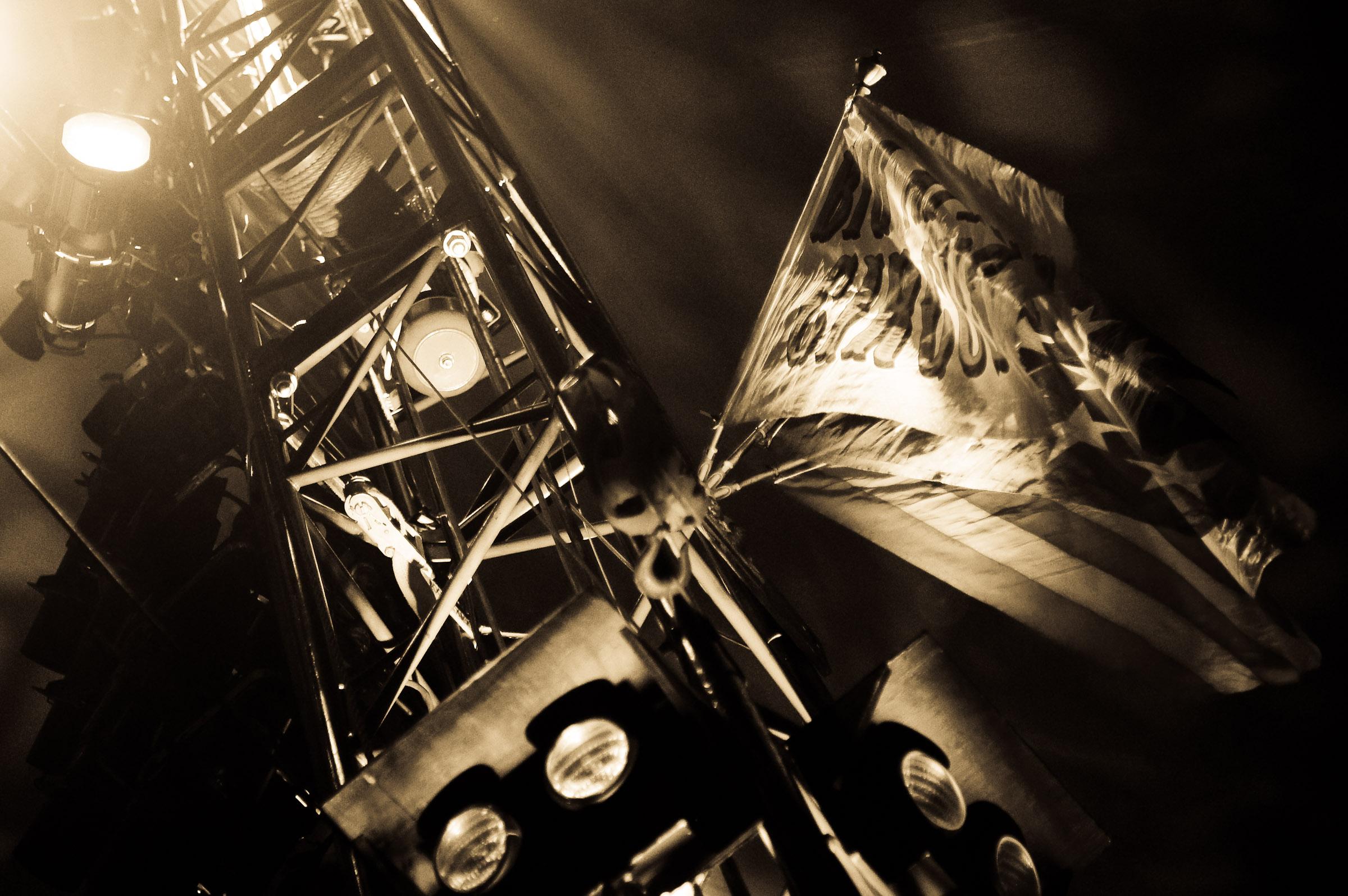 I picked this one for the horizontal and vertical parallel lines, as well as sillouetting. I also thought about doing a tight crop of the horses' heads. 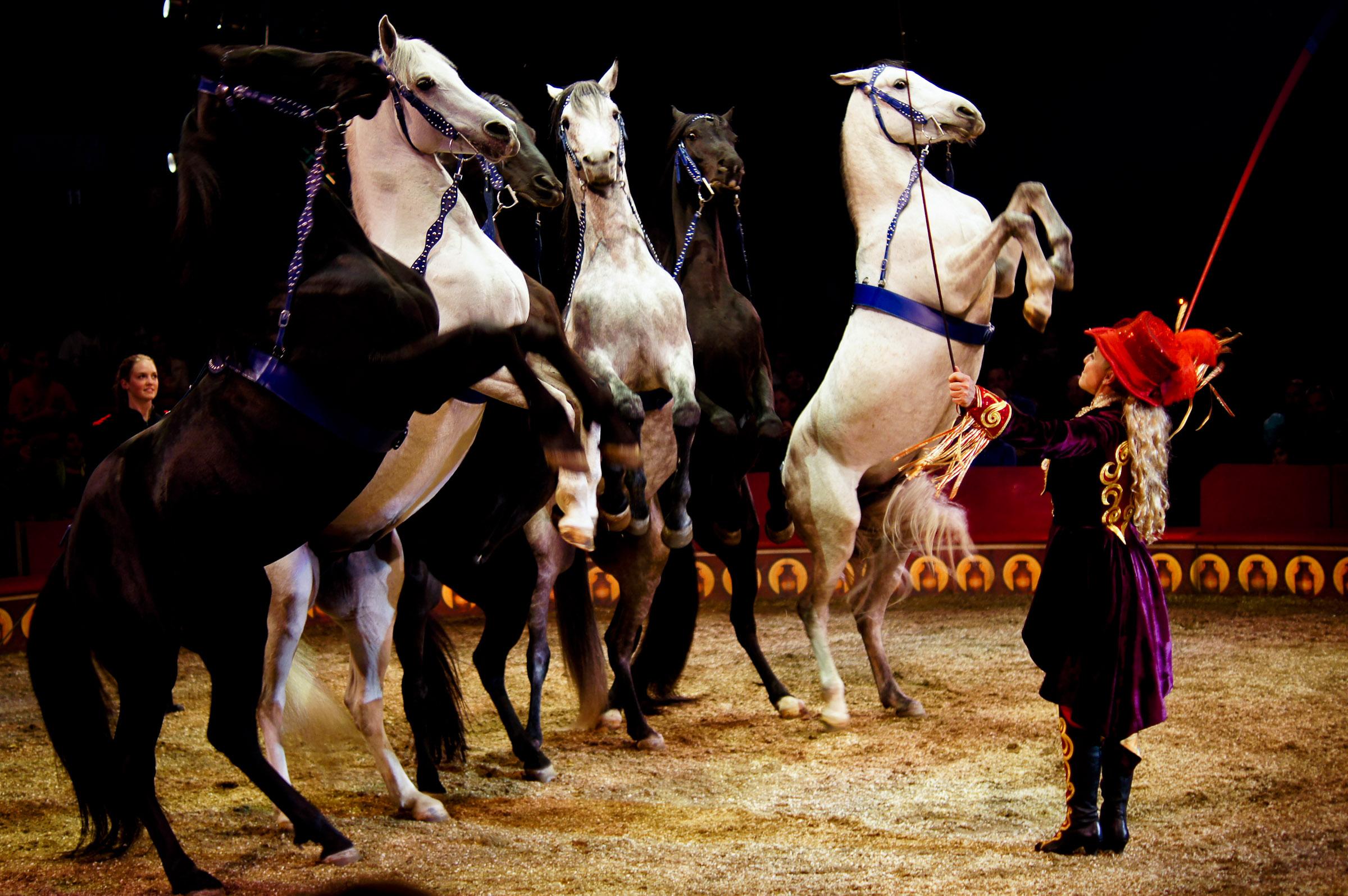 Just a random shot....looked down and there it was. I enjoy the framing, the lines and the contrast of the cans to the wood. 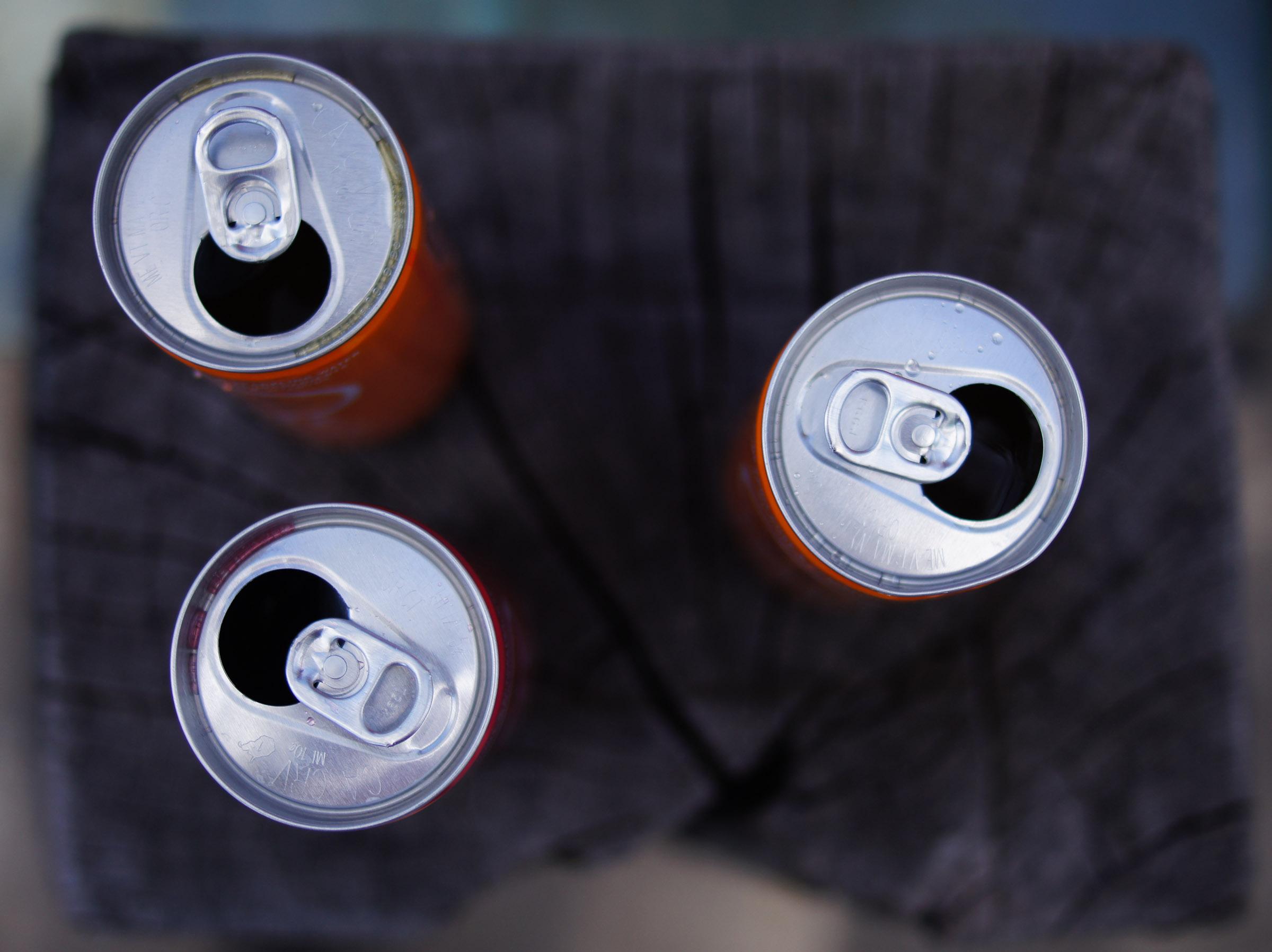 Clearly my stab at symmetry.  I wonder if the version on the project cover isn't a better crop? Also, I wish the focus was on my son but unfortunately I missed and got the brick in front of him.  The door framing him from behind was a lucky accident. 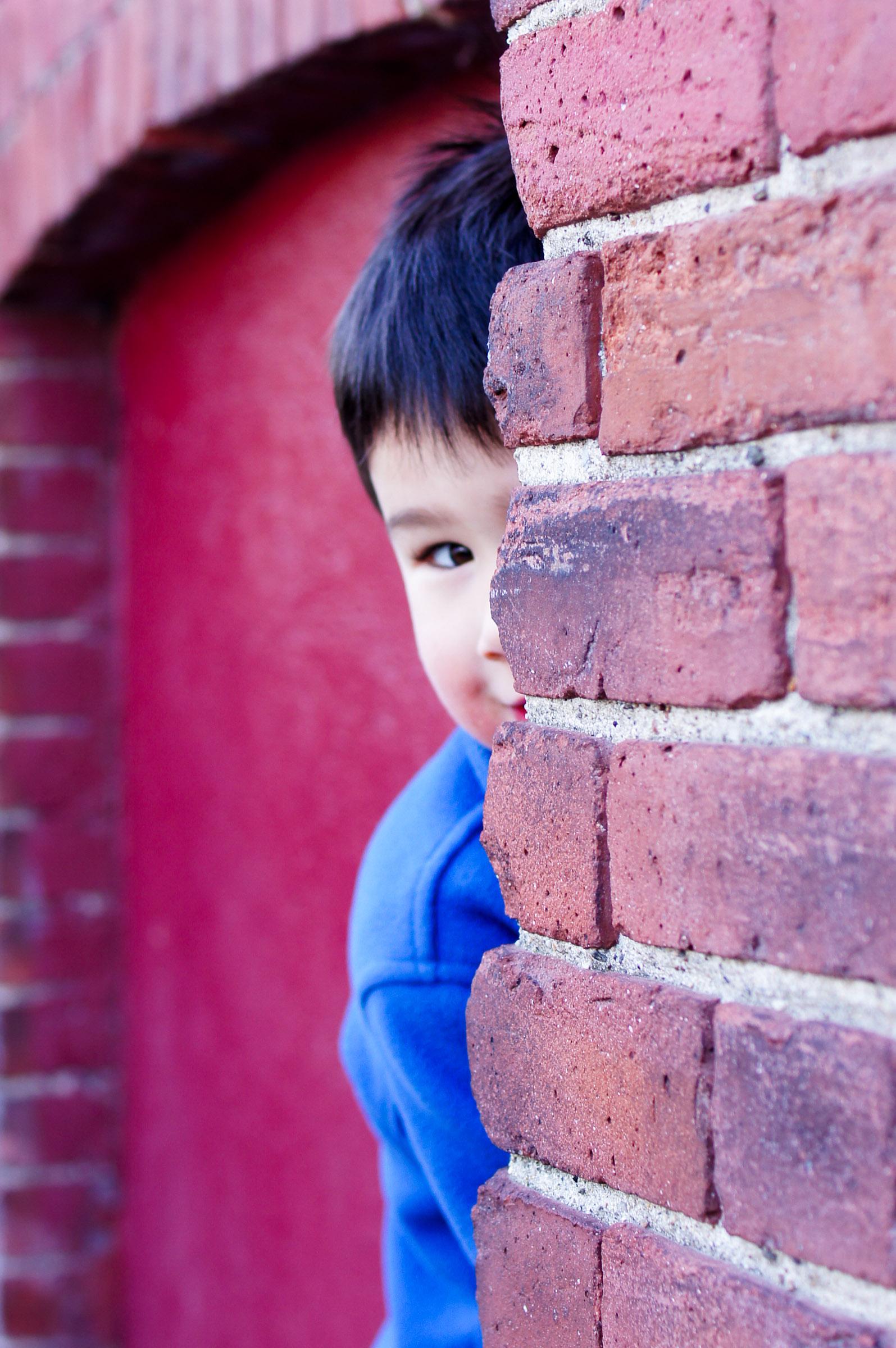 Felt like taking a risk with this. I'm still not sure if I am happy with the final product. I think I'm going for chinese ink drawing and aggressiveness.  See Barabara's 'sunset silhouette' for a MUCH better shot b&w plant shot. 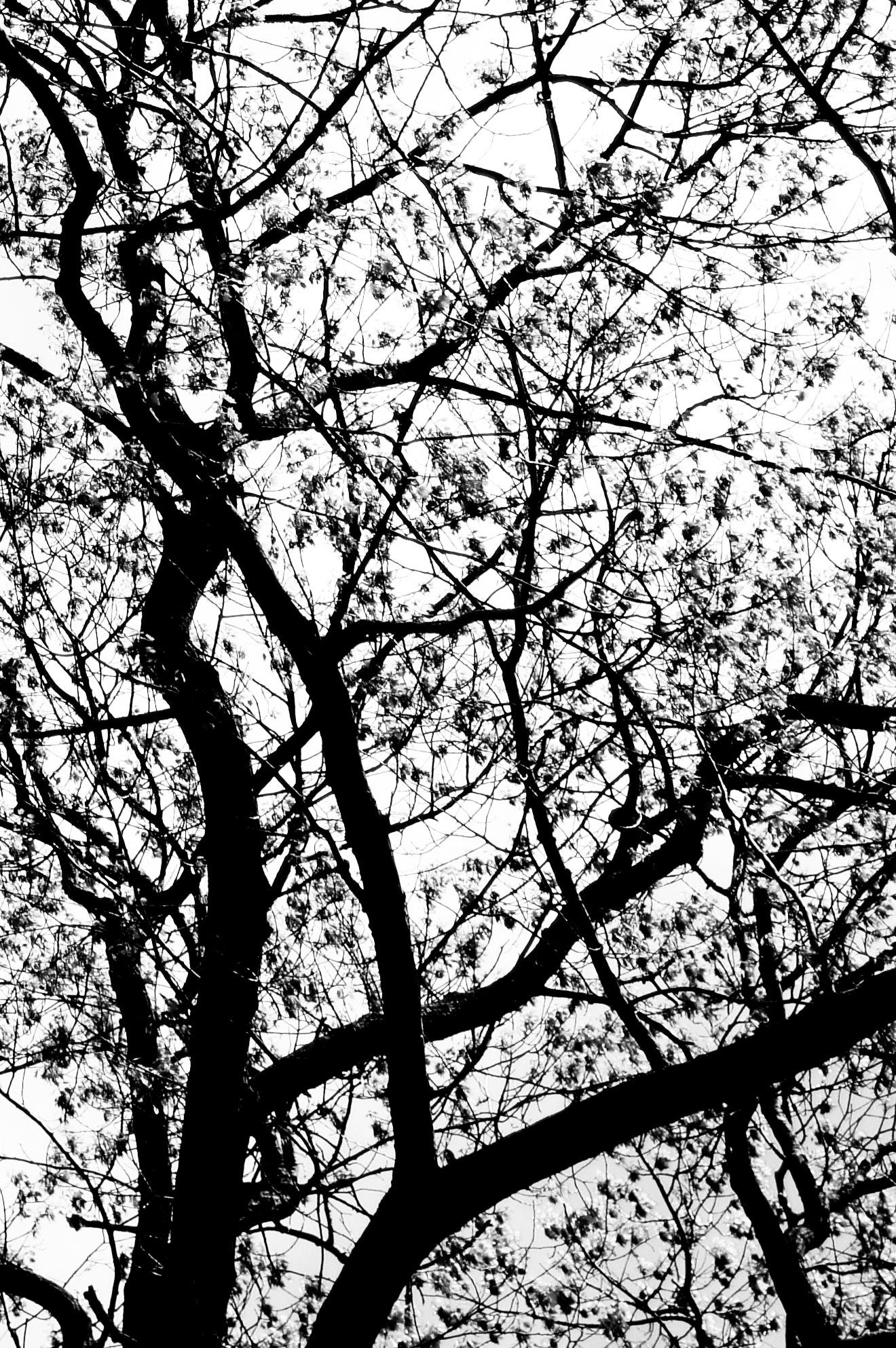 6. IS a picket fence

Couldn't resist including one more. This pic is meant to be in contrast with last week's 'not a picket fence'. Color, warm, shallow depth of field and yes, an actual fence. 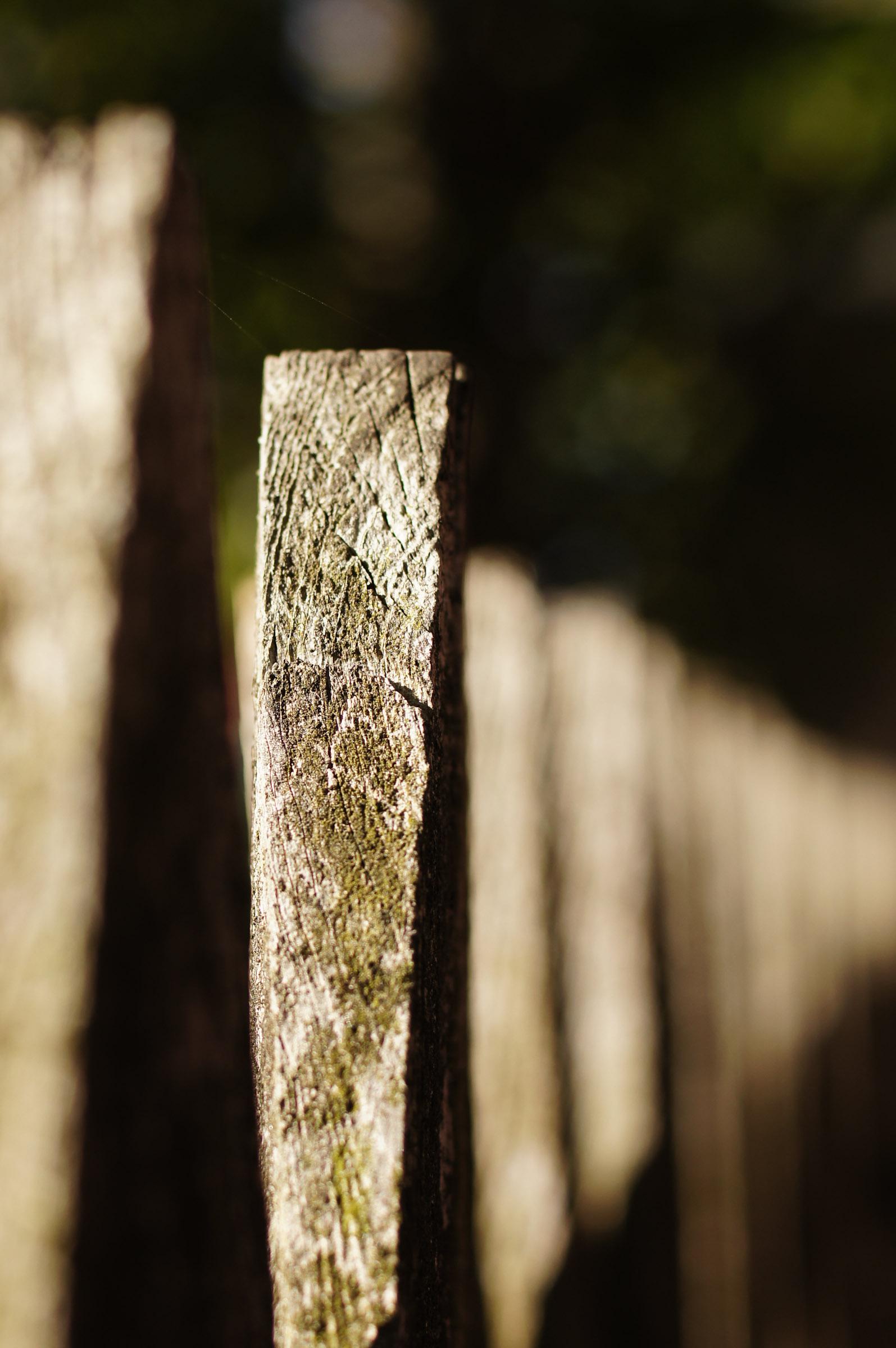 I'm trying to remember that the objective is to learning from shooting as opposed to producing perfect (as if!) shots. For this assignment, I gave myself the requirement to shoot from a single street corner, using my phone and working with whatever I could find.  I learned a couple of things  a) there are interesting scenese everywhere b) there is a tons of stuff in front of your interesting stuff c) I struggle with finding the story in more abstract shots.

I quite liked the general geometry of this shot. I think the rope on the right side naturally pulls your eye up. Problem is that you get to the end of the shot and haven't found anything. Some sort of load on the line would make the scene more complete. 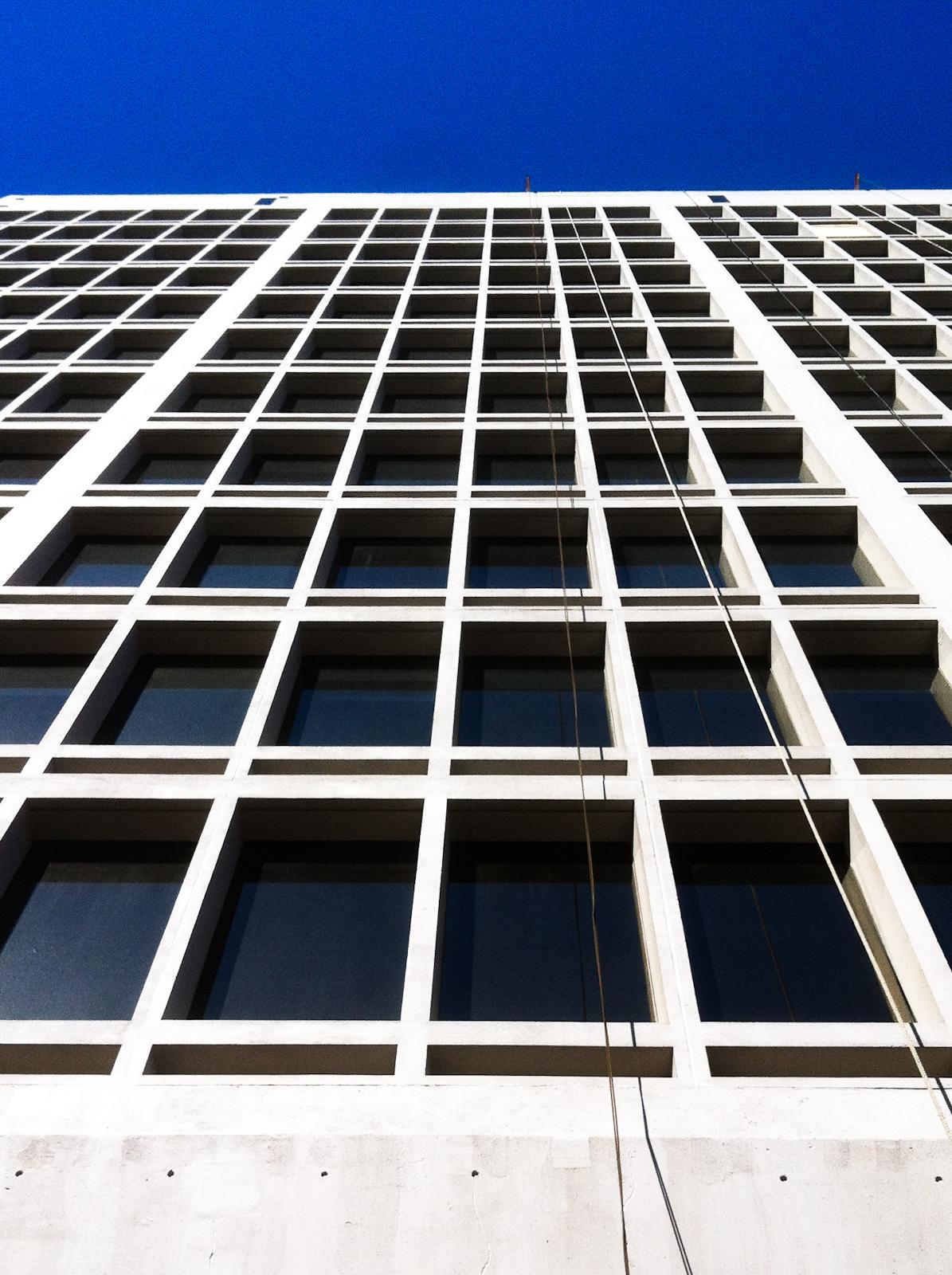 2) Not a picket fence

This is a heavy crop of a railing. After cropping, its a completely different shot that I imagined. Just sort of where I ended up. 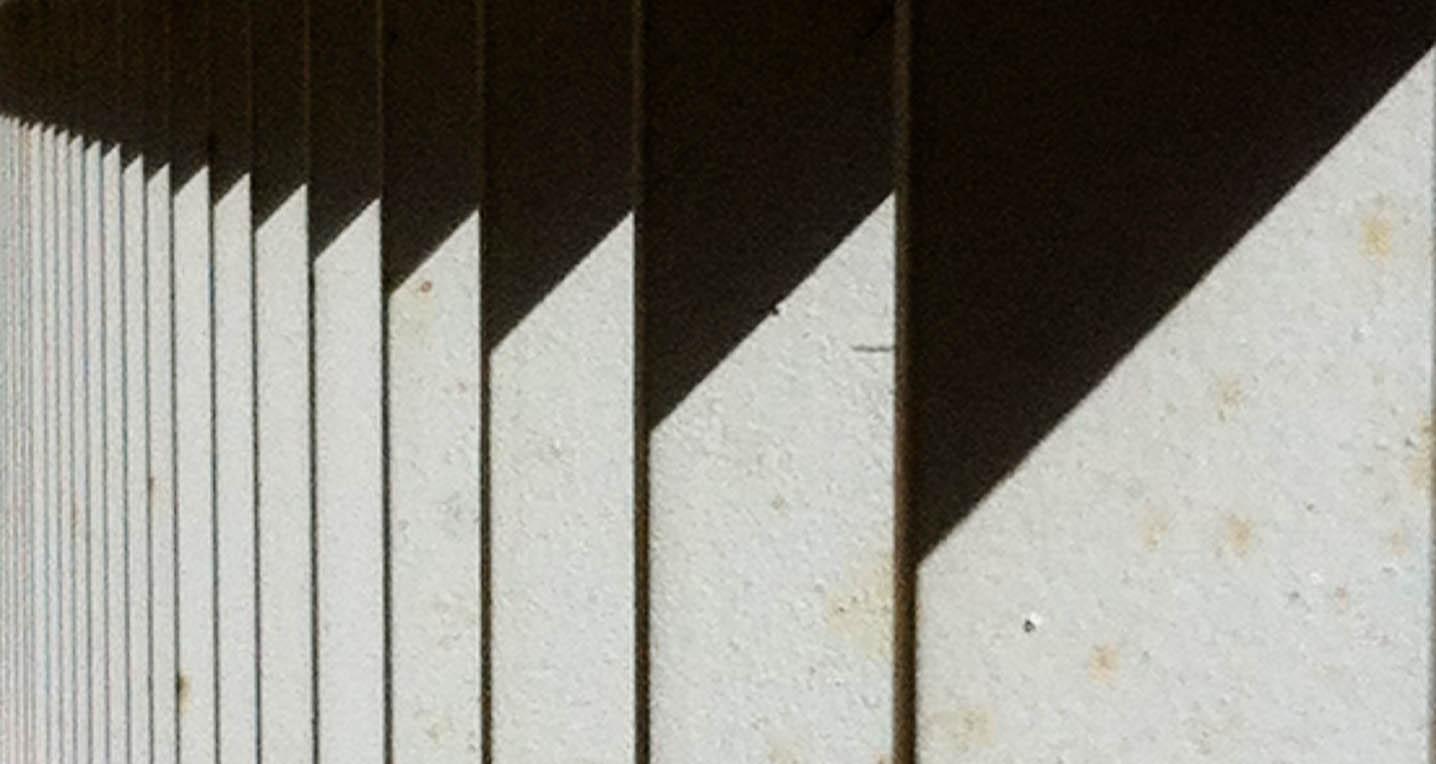 So, I don't think this shot actually works but I want it to. There is the basis for a story in the way the stairs takes you toward the door.  However, the whole pic is too busy and it could really use someone walking up the stairs. Or a dog. Thoughts on how to make this shot work? 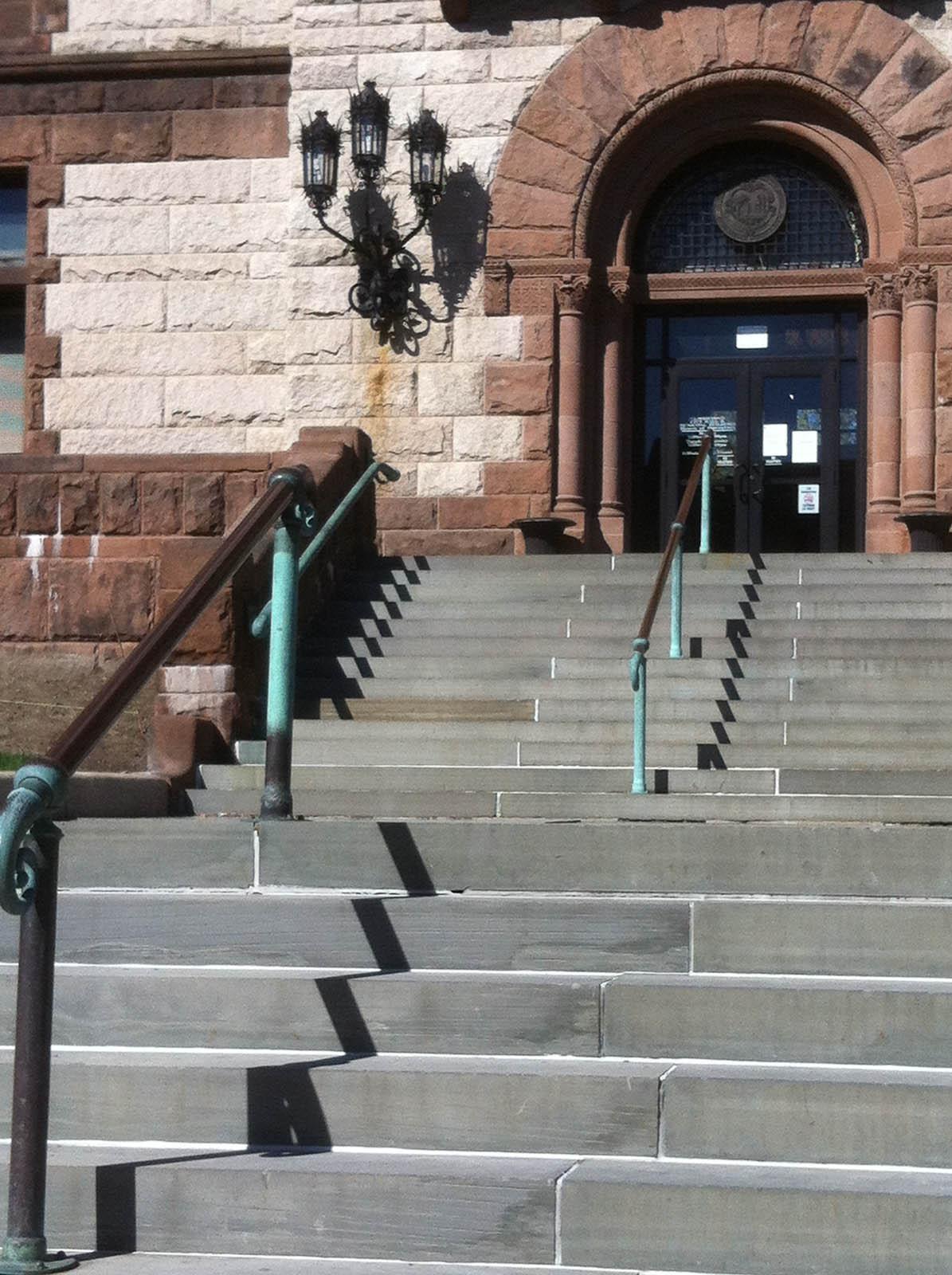 Another shot where I think there's potential but its missing something. I think i need someone walking down the sidewalk, in contrast to the reader. 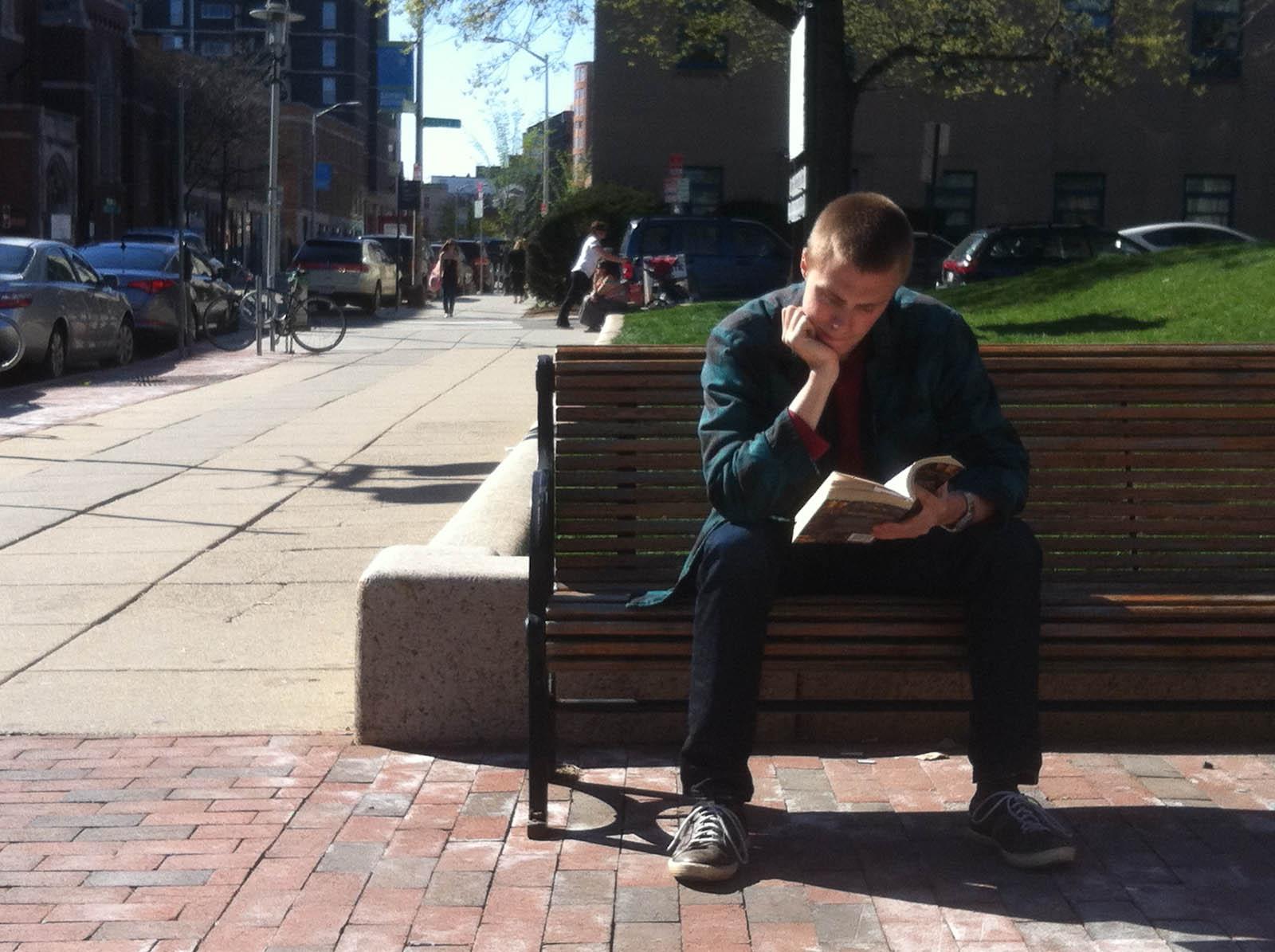 Yet ANOTHER shot that I sort of like and yet don't. I think I am really looking for a story. There is almost one here with the little guy pointing at something and the lines going in that direction. 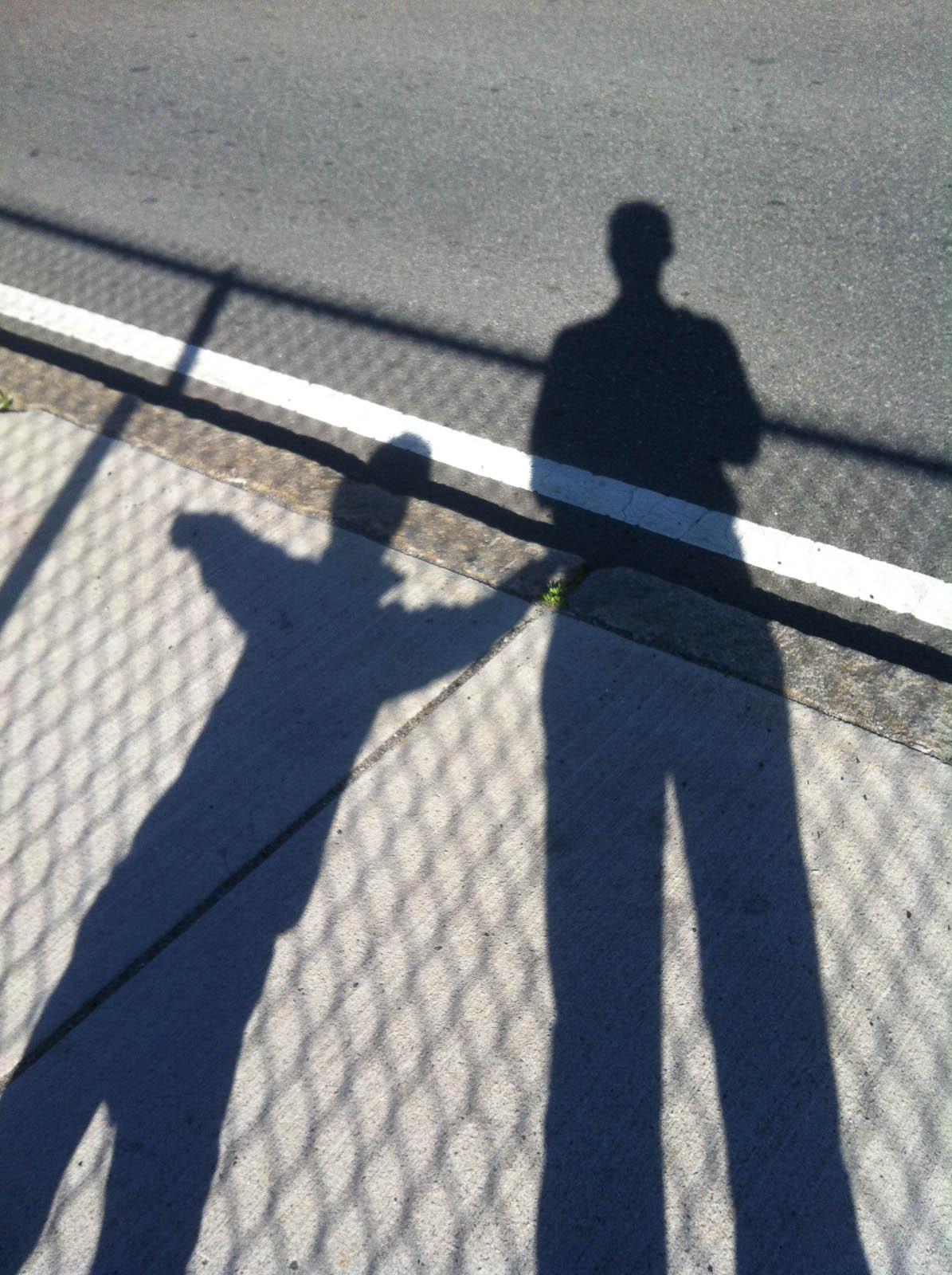 This was a fun project for me. I found working with constraints sort of liberating. I took about 15 shots in 15 minutes with my phone, all within about 30 ft of each other. There were probably a million interesting shots on that street corner but it was challenging dealing with just how busy cities are.

I'm basically the neighborhood photographer. I shoot a lot of shots of kids, friends and family.  Most of my shots are of the 'kids in the wild' variety where I am using a telephoto but occasionally I 'Heisenberg' a pic and let them know I am there.

This was one of my favorite shots from last summer. My daughter realized I was there just before I snapped this. Some times, many times, luck plays a big role. 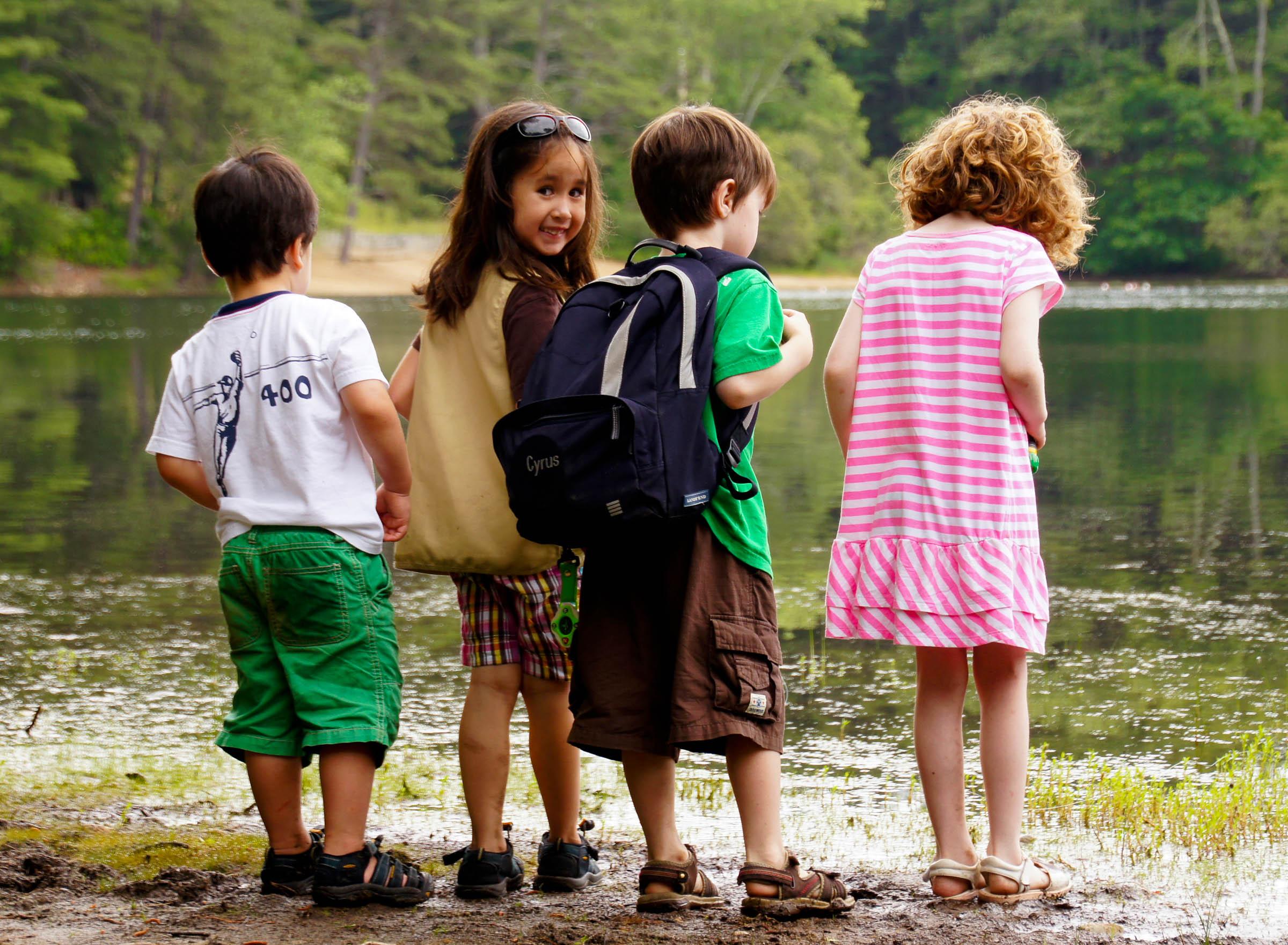 The cropping on this next shot could be better and I could definitely do without the pole in the background! However, I like how each girl takes a different third of the pic whereas 'E''s arm creates a roof over the whole thing 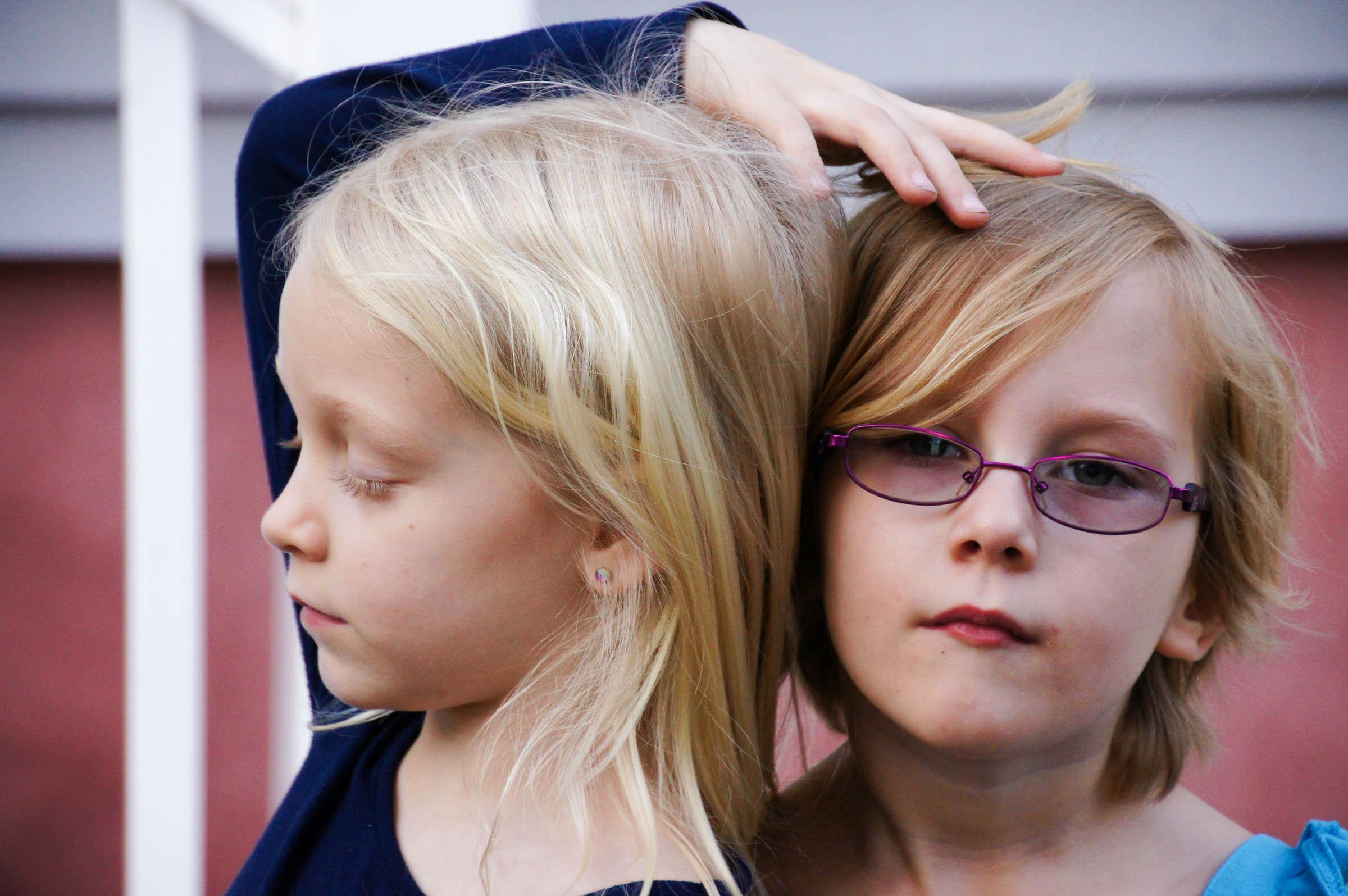 I don't get a chance to play around with long exposure very much. This was taken from the middle of a river around midnight under a quarter moon. I really like how the brighter left side grabs your attention and then you eventually notice that big rock just lurking in the background.  The 'organic-ness' of the water reminds me just a bit of a H. R. Giger painting. 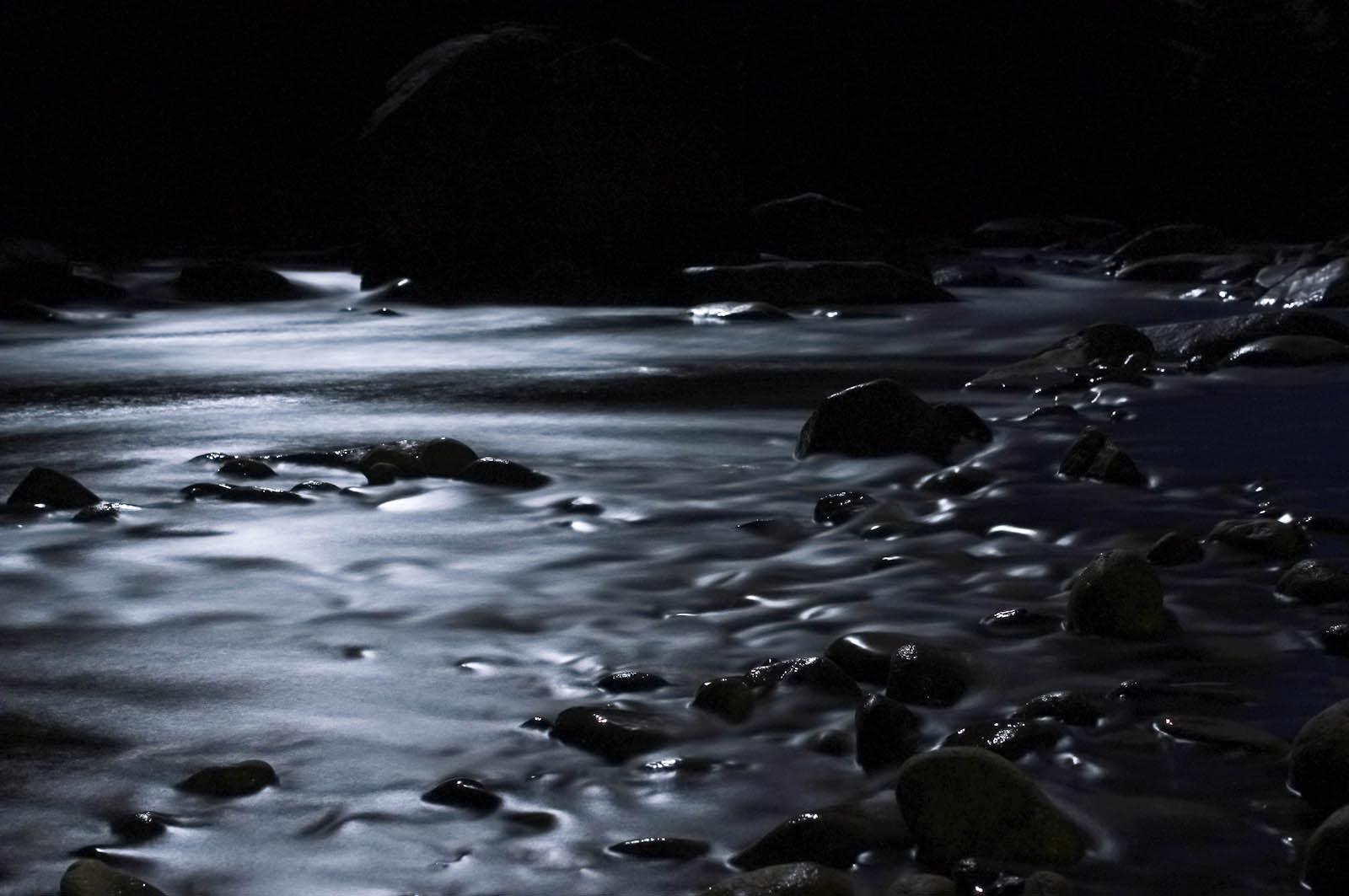 This is a shot of a good friend rocking out in his driveway. It was loud and it was FUN. The sun was really harsh and I just didn't like how the white balance was coming out. I decided to try B&W, even though I know NOTHING about what makes a good B&W shot. However, I think making it B&W added more than it took away. 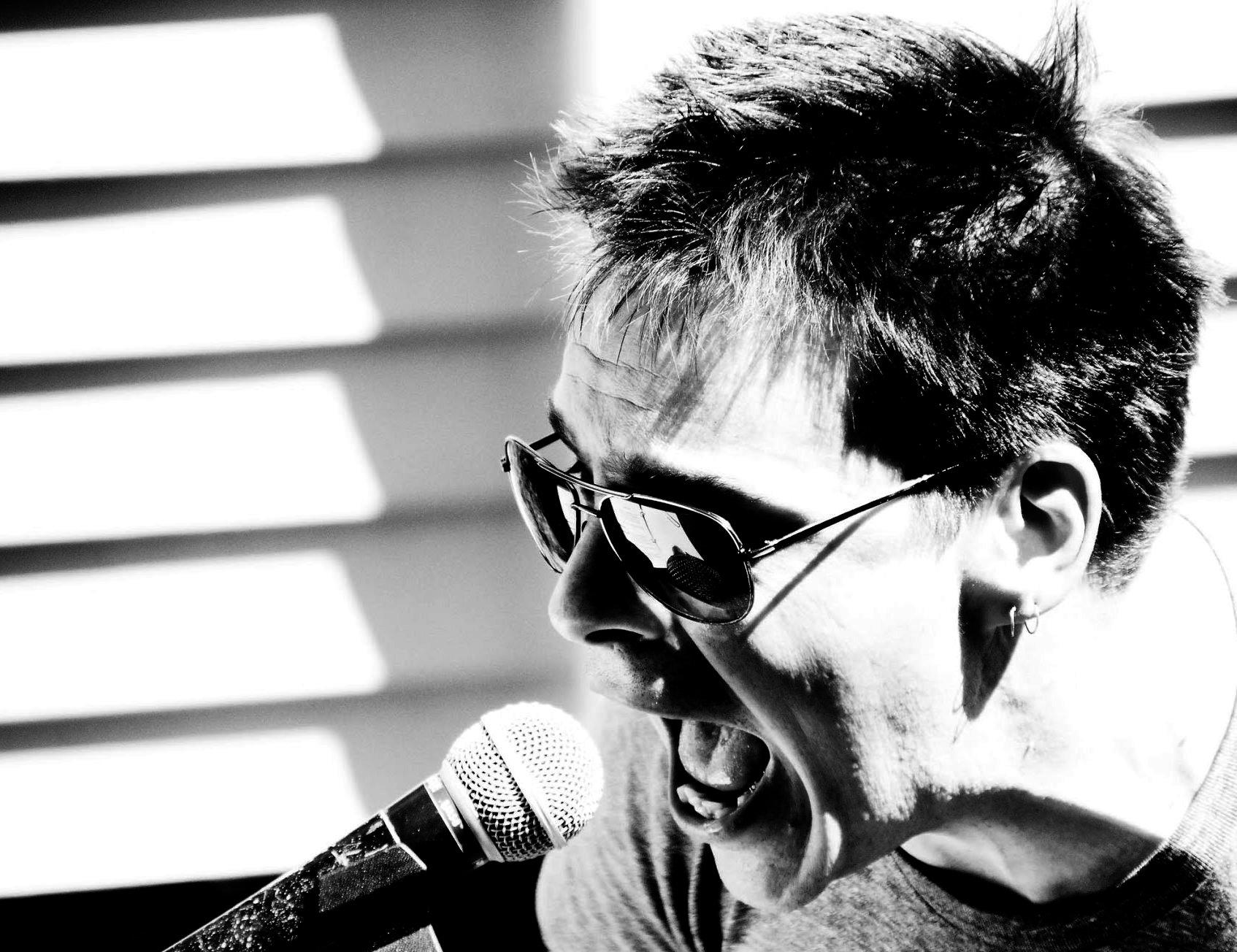 Its really interesting to me to look back through my pics and see how the ones I like tended to match the general rules of composition and framing. Not an 'artsy' picture, but one I enjoy. 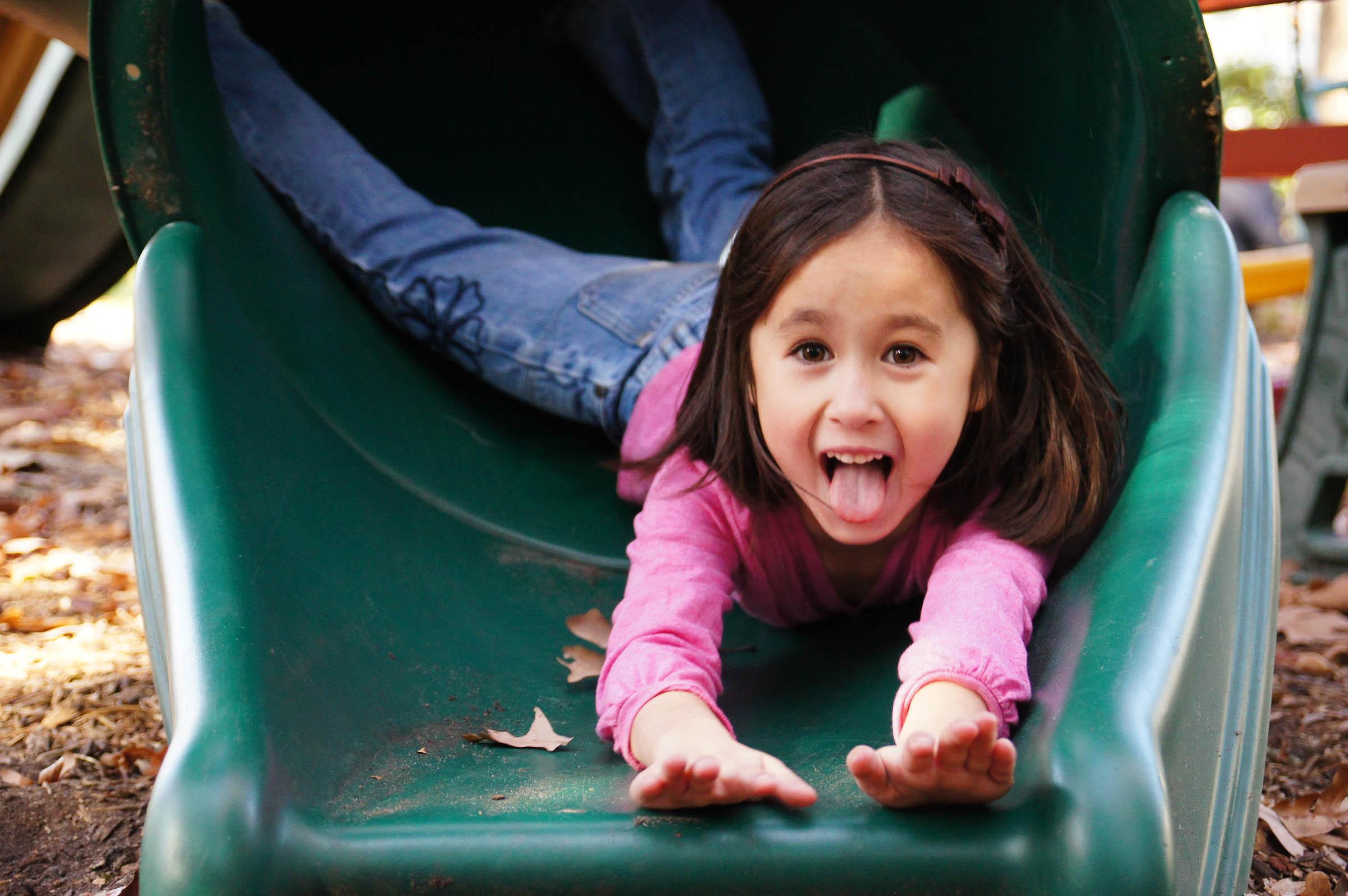