Well, Skillshare seems to have started sceduled maintenance right before I was about to upload so this is going to be slightly later than it was going to be.

I haven't had a lot of time for messing about with this project as I've had freelance stuff and various other distractions, so I've kept it pretty simple. At this point there doesn't really seem to be any great need to make things overly complicated anyway given that we're just going over the basic transition tools and such like.

So this here is what I ended up with: 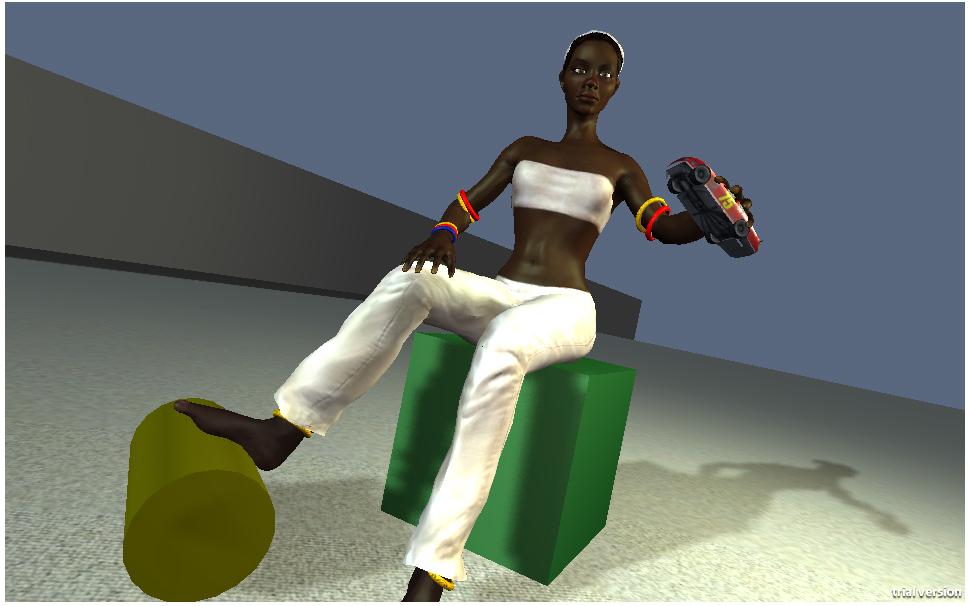 A few primitive solids, a race car imported from the asset store and one of my old character models posed rather awkwardly in ZBrush (I think her neck got a little squished in the process) then dropped in to the scene. I then spent quite a while playing with the materials, lights and cameras. For what it is, I kinda like it.

The biggest issue I have at this point is that I couldn't find a shader that allowed me to use a diffuse, spec and normal map, so currently the girl has a uniform specularity that's not doing wonders for the material definition. I also had some issues with seams showing up, but I think that might be just because I didn't pad the edges enough. Don't think I ran into any other problems that I wasn't able solve with a bit of poking about.