I joined this class fairly late even though I knew I had a lot of freelance work. I'm getting there really slowly.

This was my first sketch, just trying to outline what I wanted, what I didn't what, what I was kinda "meh" about. I want/need the ability to switch between two cities because I like to know what the weather is like where my friends/family live on the east coast. 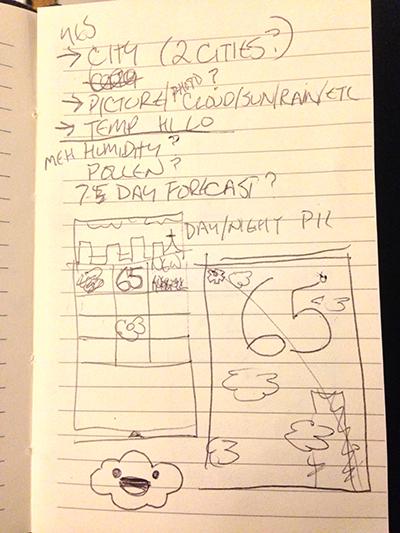 More ideas. The lower right is a joke because SF is always around 65 degrees so I don't even use my weather app anymore because I always know what outfit I'll be wearing - t-shirt w/light sweater. It might as well be a wallpaper. Upper left was a possible closet-related visualization app where weather corresponded to specific clothing choices. 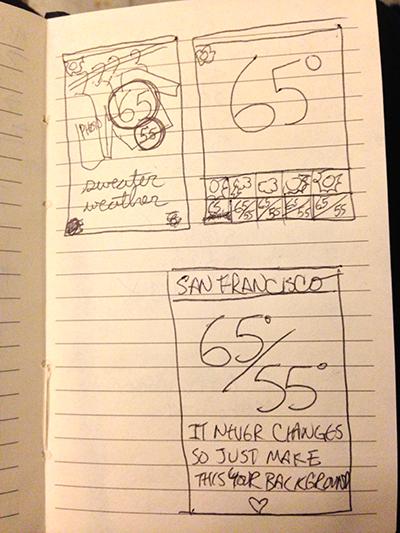 This layout below I think is my favorite, but it includes a UI element that I think is probably a flash-in-the-pan type trend. I freakin' love this trend though, so if this was an app that was just for me, I'd be really excited about it. It's a small bubble pop-up (ala Facebook messages) that anchors to the side whereever you drag it, but defaults to the upper right.  I've seen a few apps show the current degrees via the red notification number, so I'm wondering if that would be technically possible, or if it could be displayed within the bubble. I like the idea of a little secondary weather bubble that I can drag around to whereever I want so I have primary and secondary weather locations. I'm not sure if I need the several day forecast. 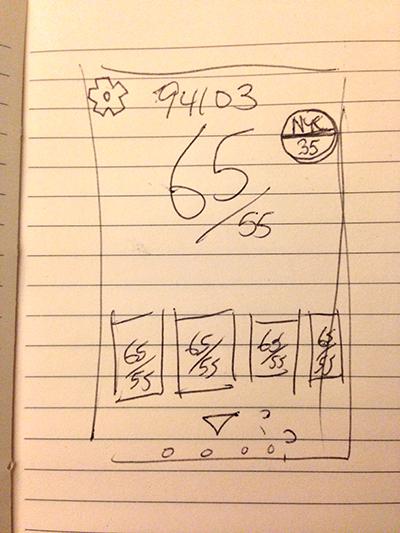 And unfortunately that's as far as I've gotten. I've downloaded all of the stuff and started a little bit, but nothing to show yet.

I made a few wireframes - after a lot of thought, I liked the clothing idea the best. The navigation is simple, just hit the + to add a city, and then swipe to get to the next screen w/the next city, much like the weather app that comes w/the iPhone.

I made a quick mockup. 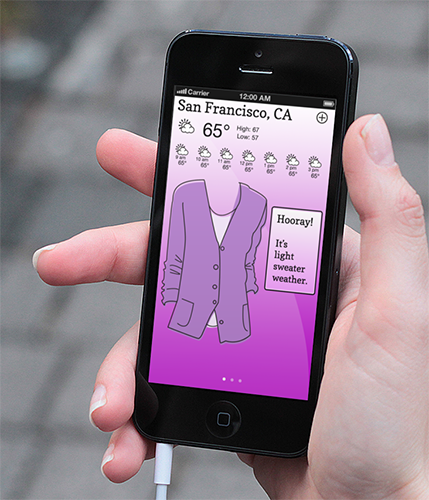 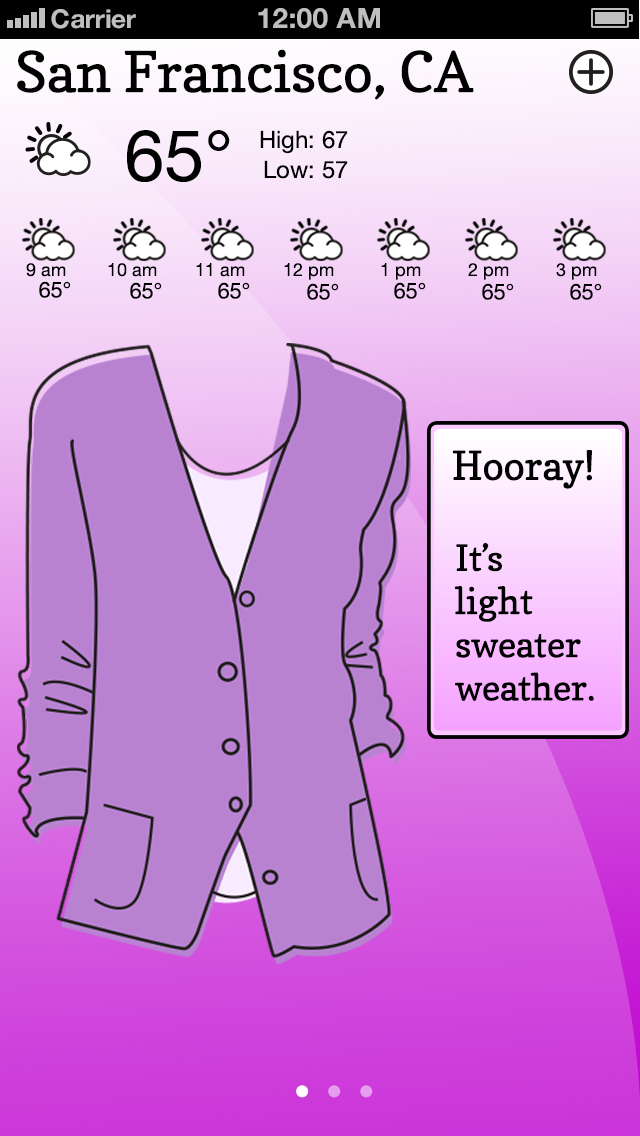 The more I think about it the more I'd like to redesign it to add a 3 day forecast. I realized that maybe people would want to change it from fahrenheit to celsius, so that's something else I'll add when I go back to the drawing board. 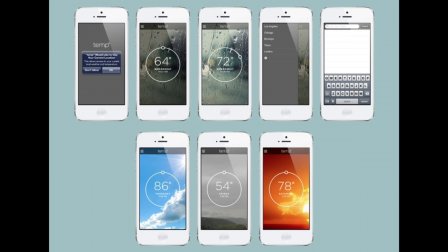