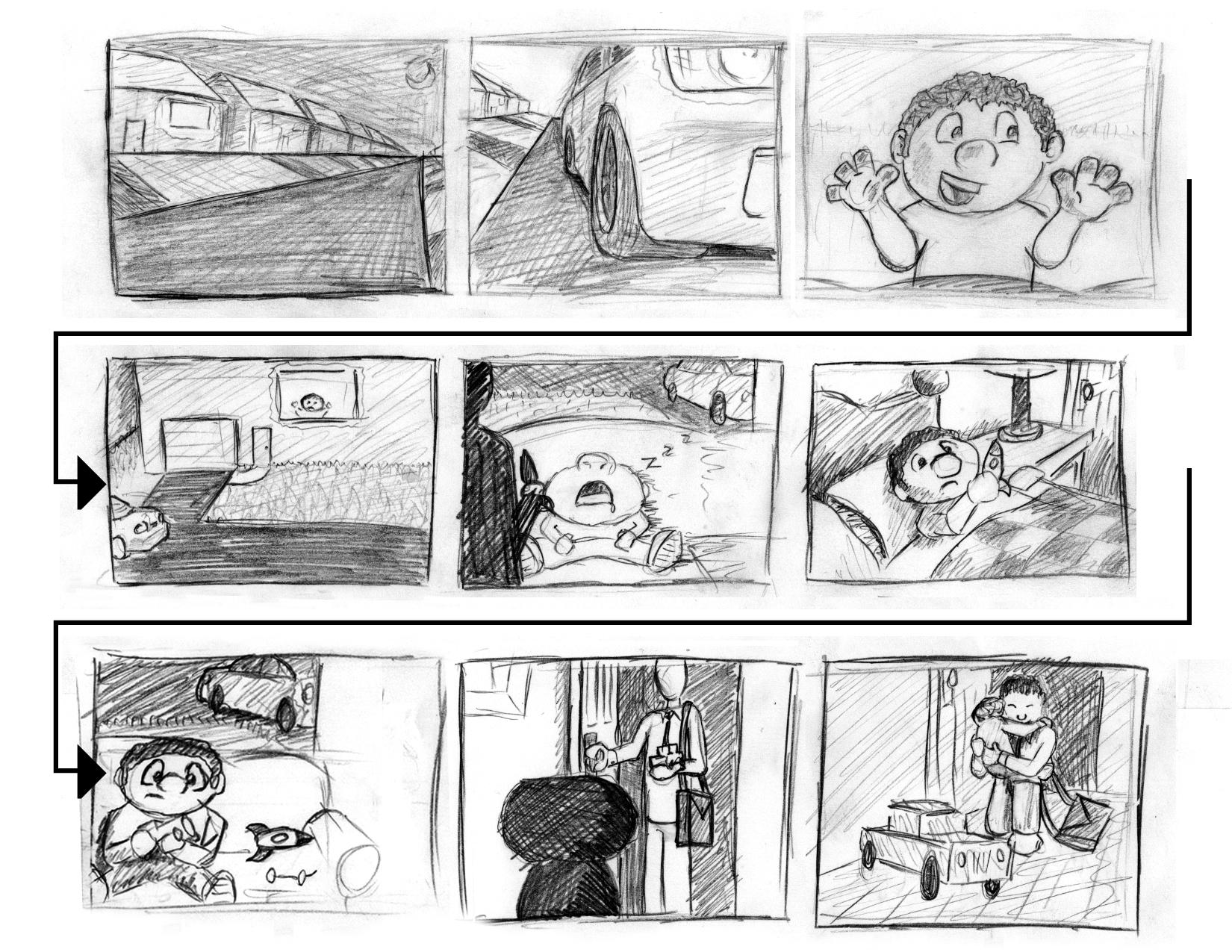 The scene starts on a dark street, a car approaches from the distance. Eagerly a young boy pops into the window trying to see the car. The car passes and the boy slumps back into his sleep. The boy is fast asleep and wakes up the next morning in his bad, a new toy on the bed stand, the toys begin to pile, but the boy tries to stay awake through the nights. Finally one night the person he is waiting for finally comes home. the figure stands in the door way a toy in hand as he begins to hand it to the boy. The boy knocks the toy awak and jumps into the mans arms. It was what he was waiting for all along. 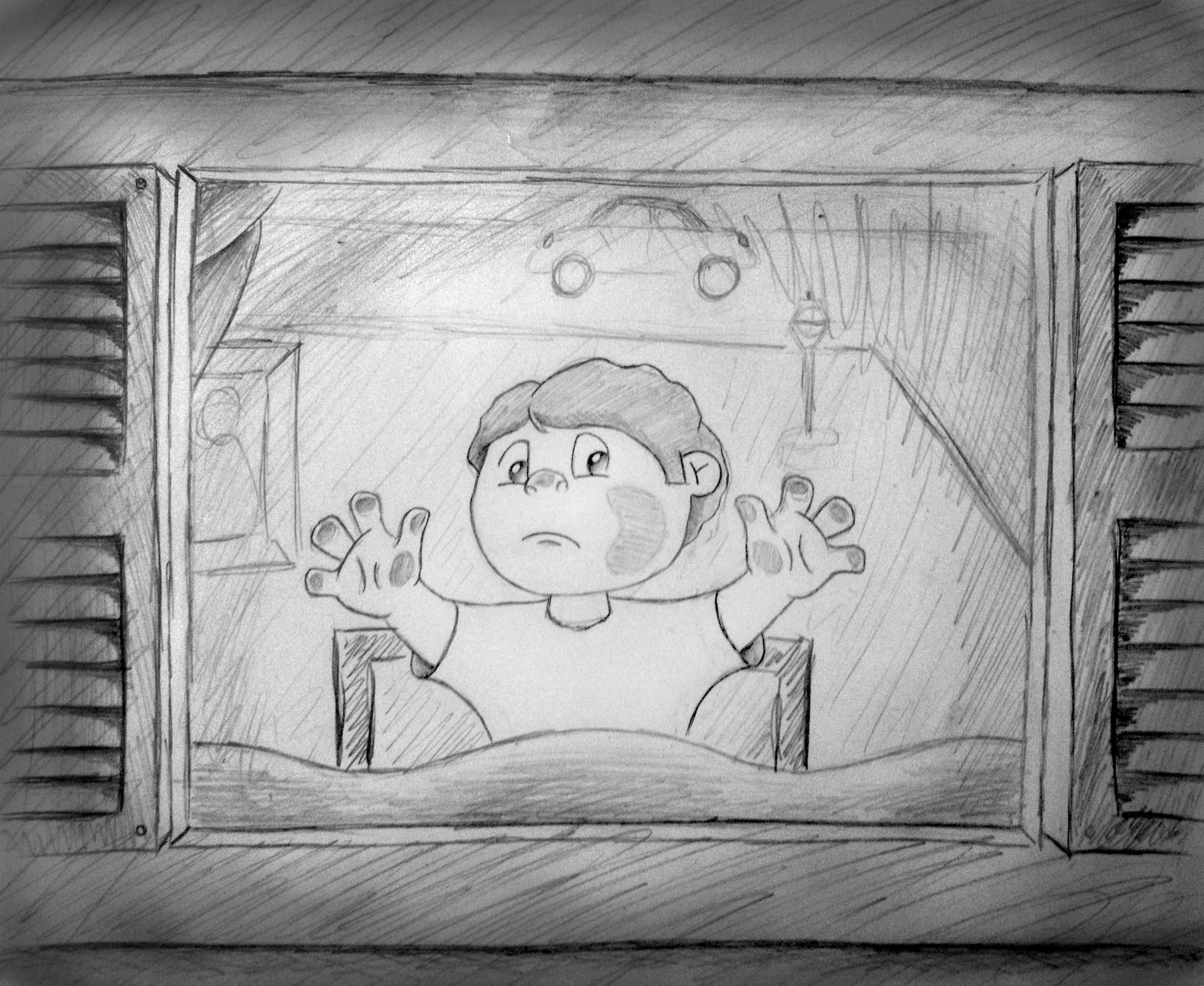 After reading through the lecture a few times, I started to think about telling a story simply through imagery. This is the story of a little boy who seemingly has a good life, but is left longing for something. The story would start out with an empty window as night sets in. The reflections on the window show a quiet suburan street with the lights from the street lamps starting to flicker on. As the sound of a car approaches, a little boy pops into the window face pressed against it looking down the road as a car goes passing by. The driveway has an open spot, as he slumps back into his seat on the couch. Everytime a car passes by the boy jets up only to be disappointed. After this repeats the boy drifts off to sleep only to wake up the next morning to a tinker toy on his nightstand. He goes about his day, but the night is the same. Jumping into the window at the sound of the car passing. Some nights the doorbell rings and he rushes to the door, only for it to be for his Mom, or Girl Scouts, in which he either shuts the door or simply walks away. Every morning though, he wakes up to a new toy on his night stand. Maybe they start to pile up on the couch or coffee table to show the progression of time. Eventually the boy stops checking for every car that comes by. But then the front door opens and a man steps through. The boy jumps down and goes running to the man. The man rummages through his bag and pulls out a toy like the one left on the nightstand and holds it out the boy, who just jumps into his arms wrapping his hands around the dad's neck in a loving embrace, and the toy drops to the ground. 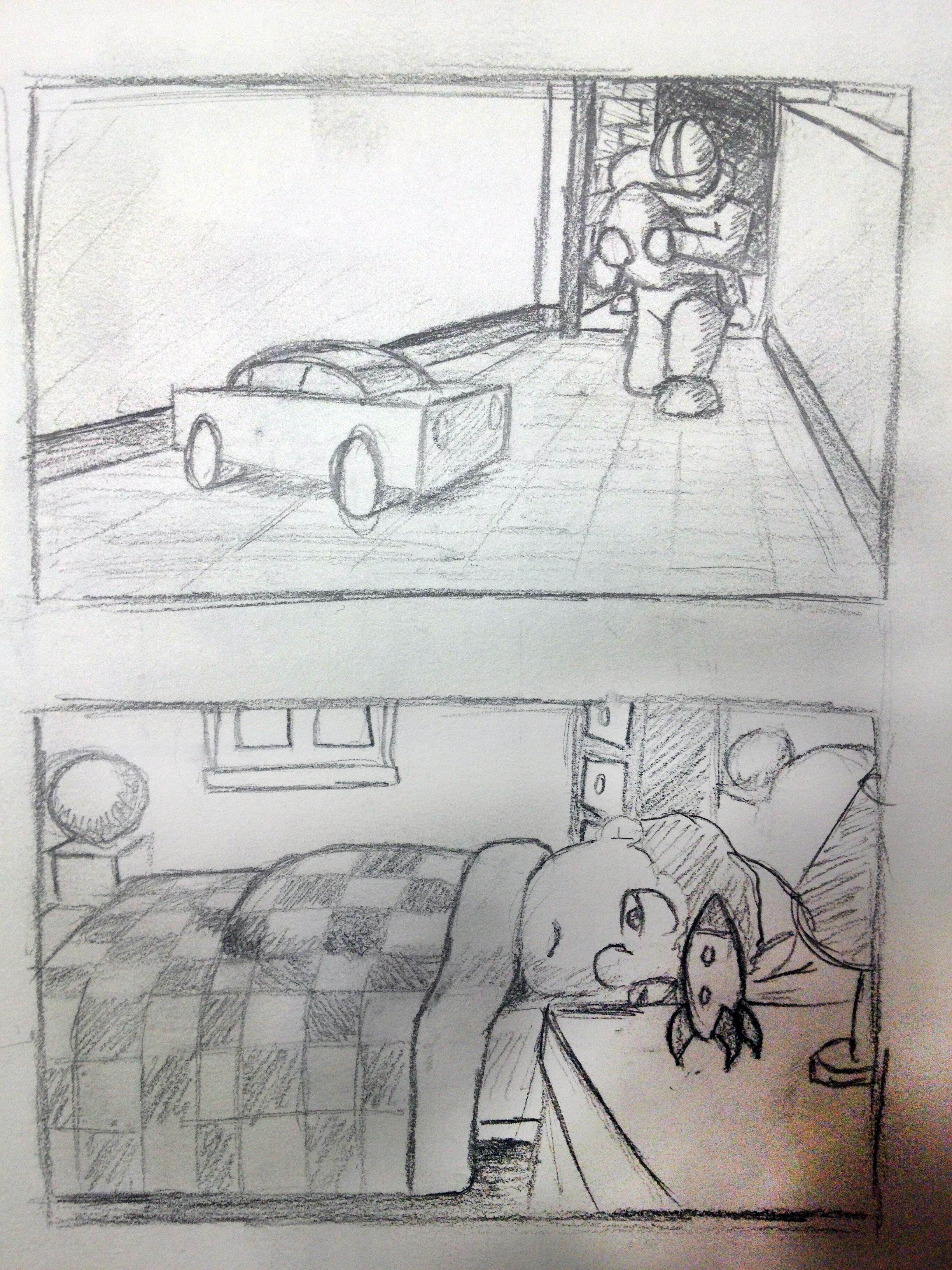 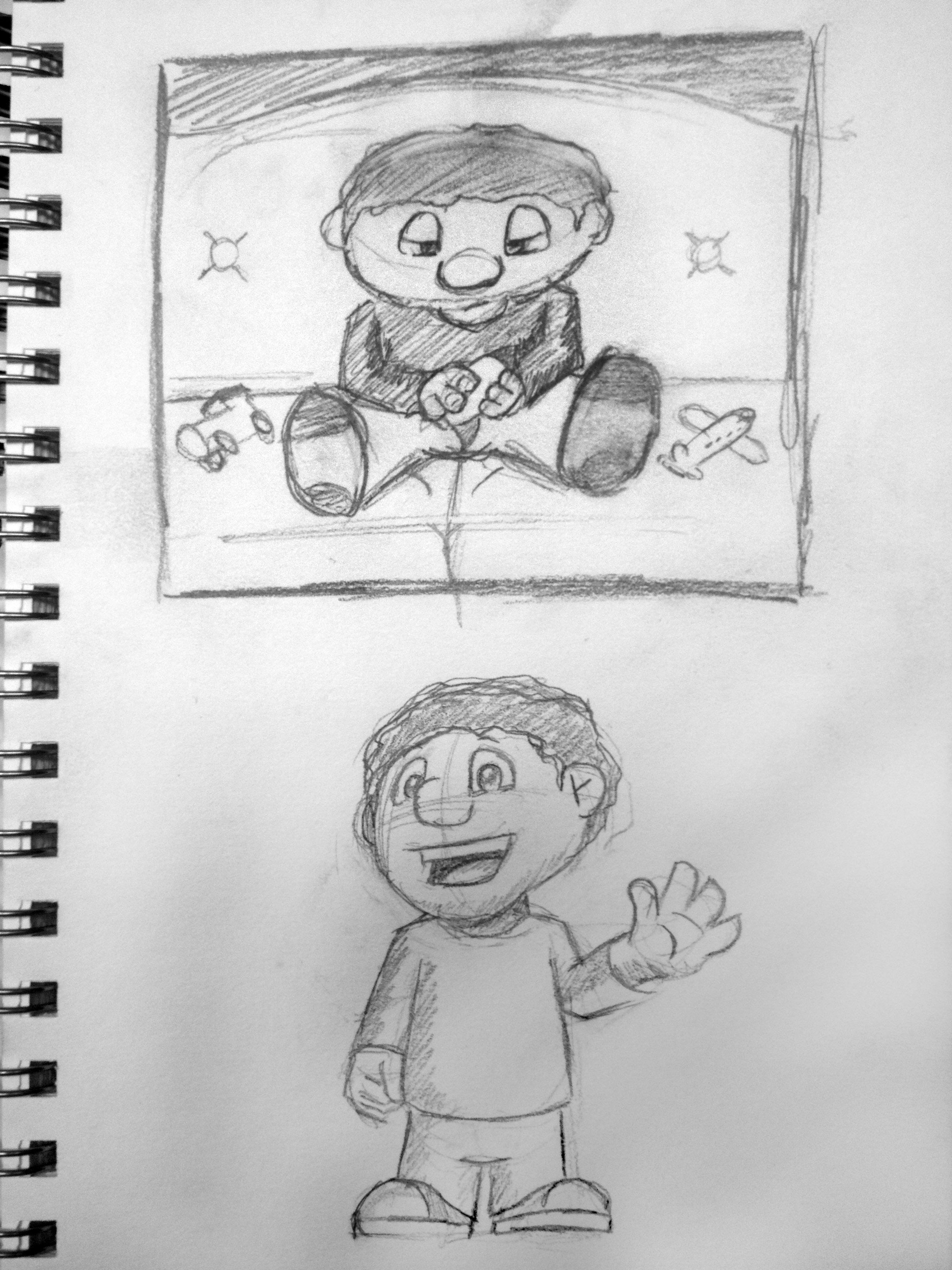 I'll try to get more of the sketches done this week. I wasn't able to draw out all the scenes I'd like to. Also if anyone has any recommendations for where I could learn about digital drawing/painting, I would really appreciate it. I'm use to drawing and scanning, seeing some of the work that has been posting is astonishing. I would really like to learn how to atleast get the fundamentals in the digital format (I have a fine arts background, so i understand shading, shapes, ect). I have recently purchased a wacom tablet to force myself to do more digital drawing.

Thank you for looking and I would appreciate any feedback.