I've chosen to create a gig poster for Wild Nothing's show at Governor's Ball this summer in New York. Wild Nothing is a band that I think has a uniquely dreamy sound that I associate with dazing off and seperating yourself from reality.

Made a couple of final touch ups based on feedback and comments. Final poster and detail shots below. To view the art print version, visit www.jamesreads.com and follow @jamesreadsillustration on instagram for future project updates. Thank you all for the feedback, it was a great experience! 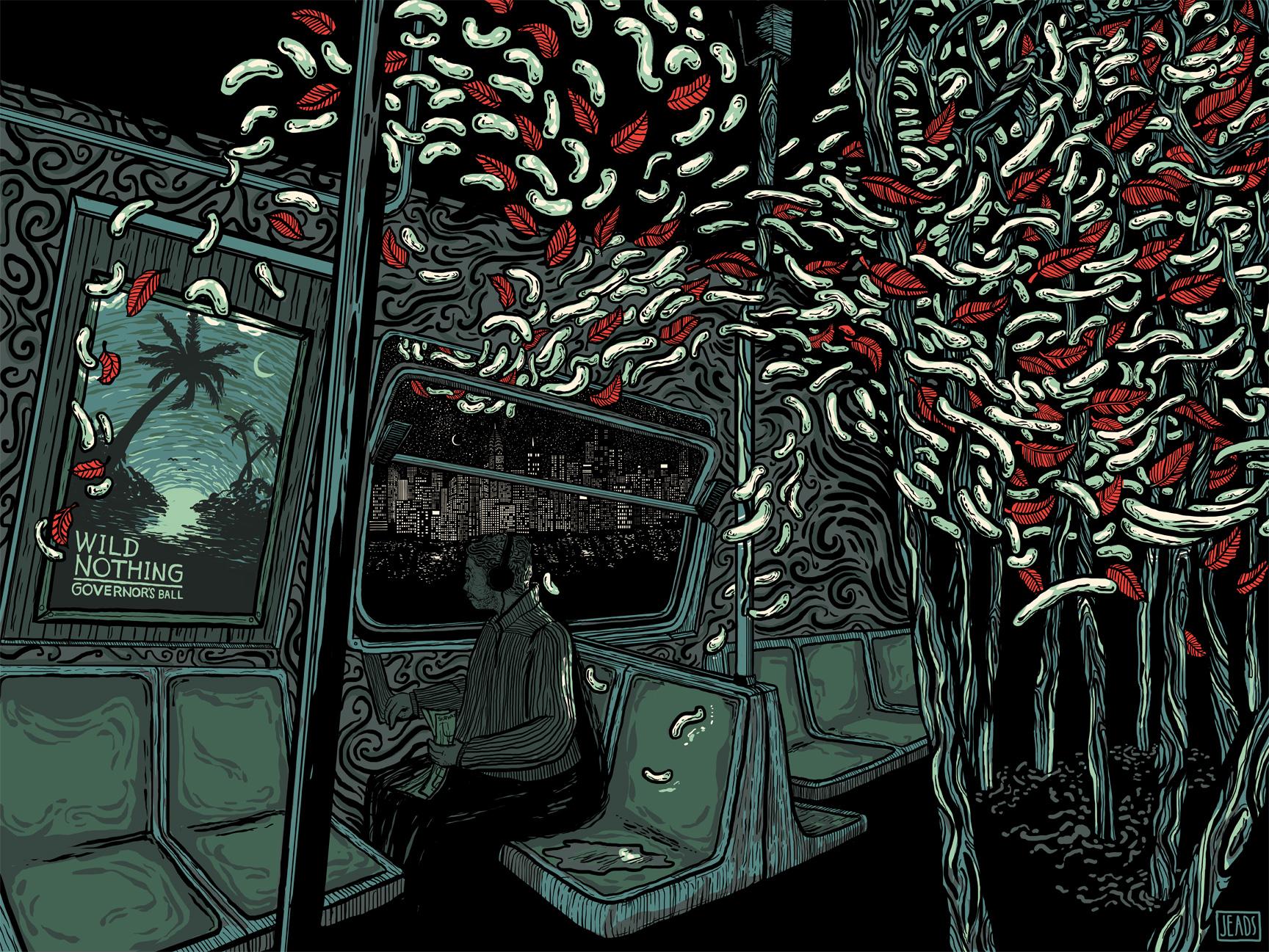 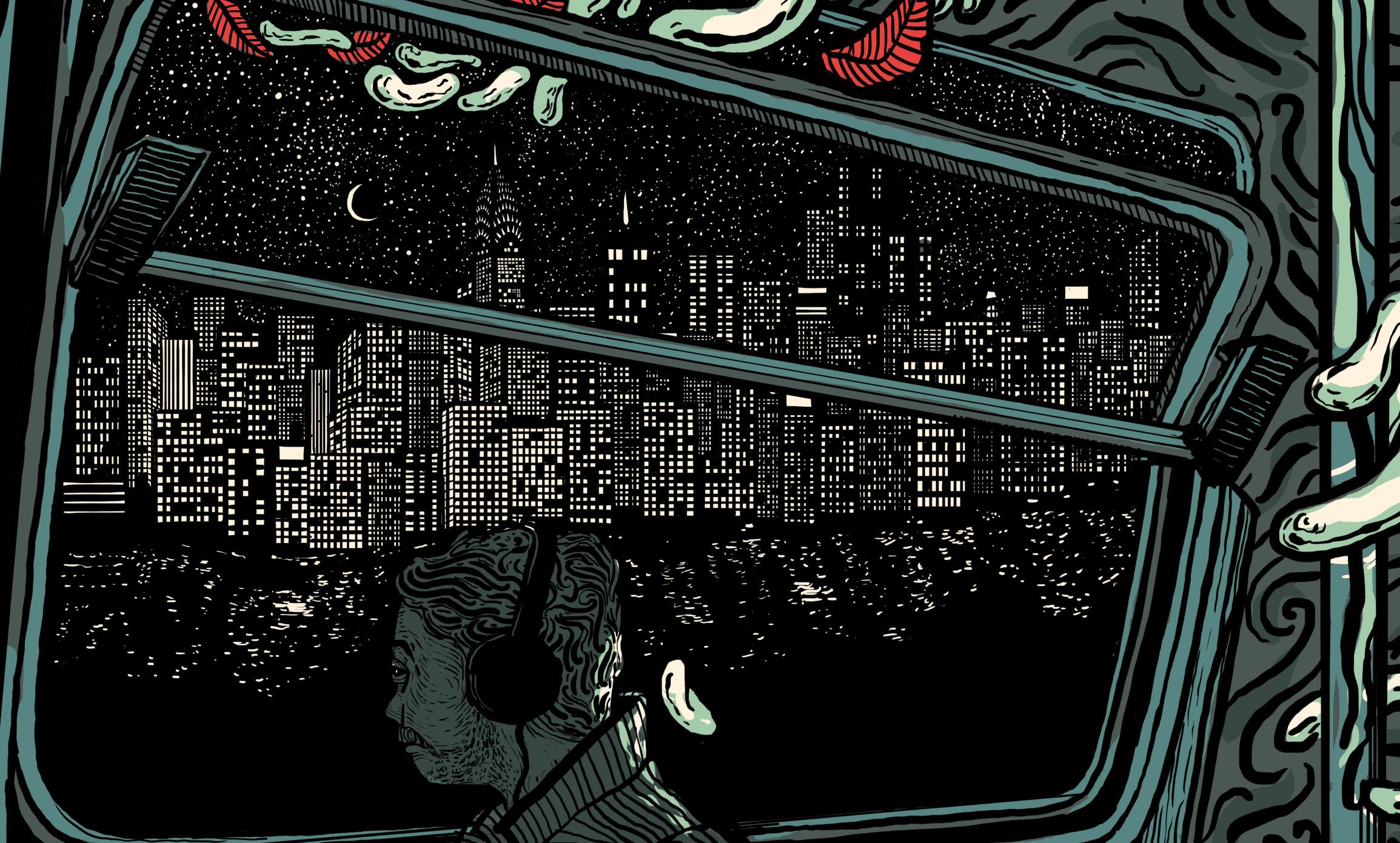 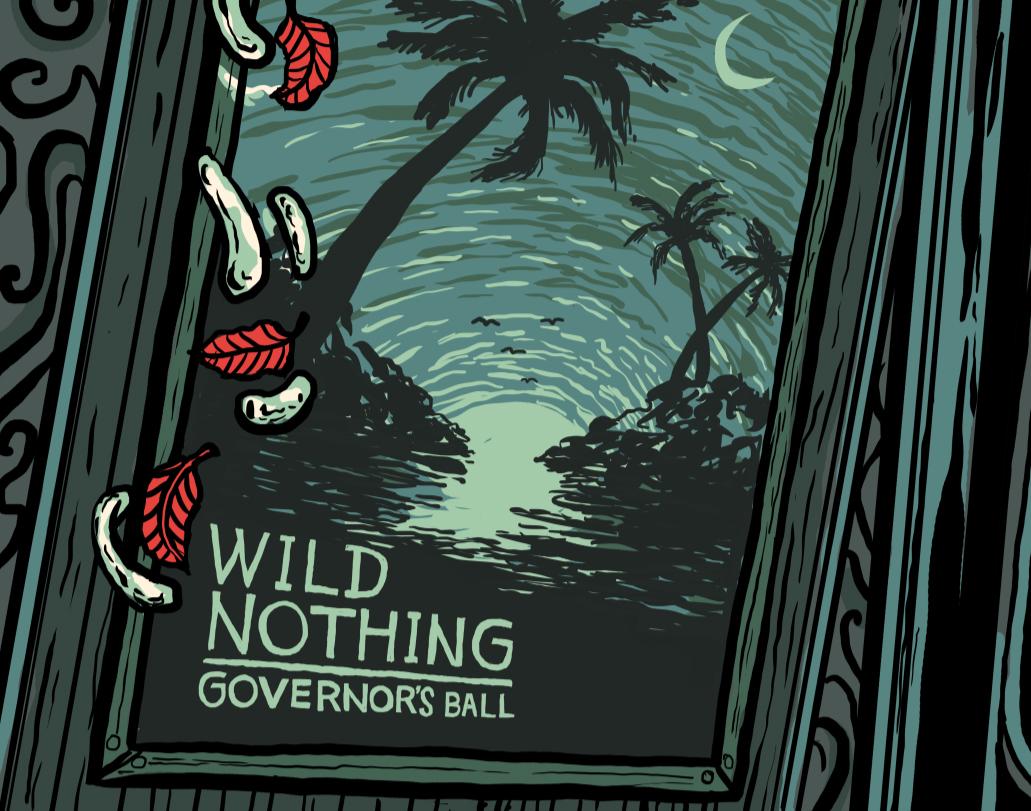 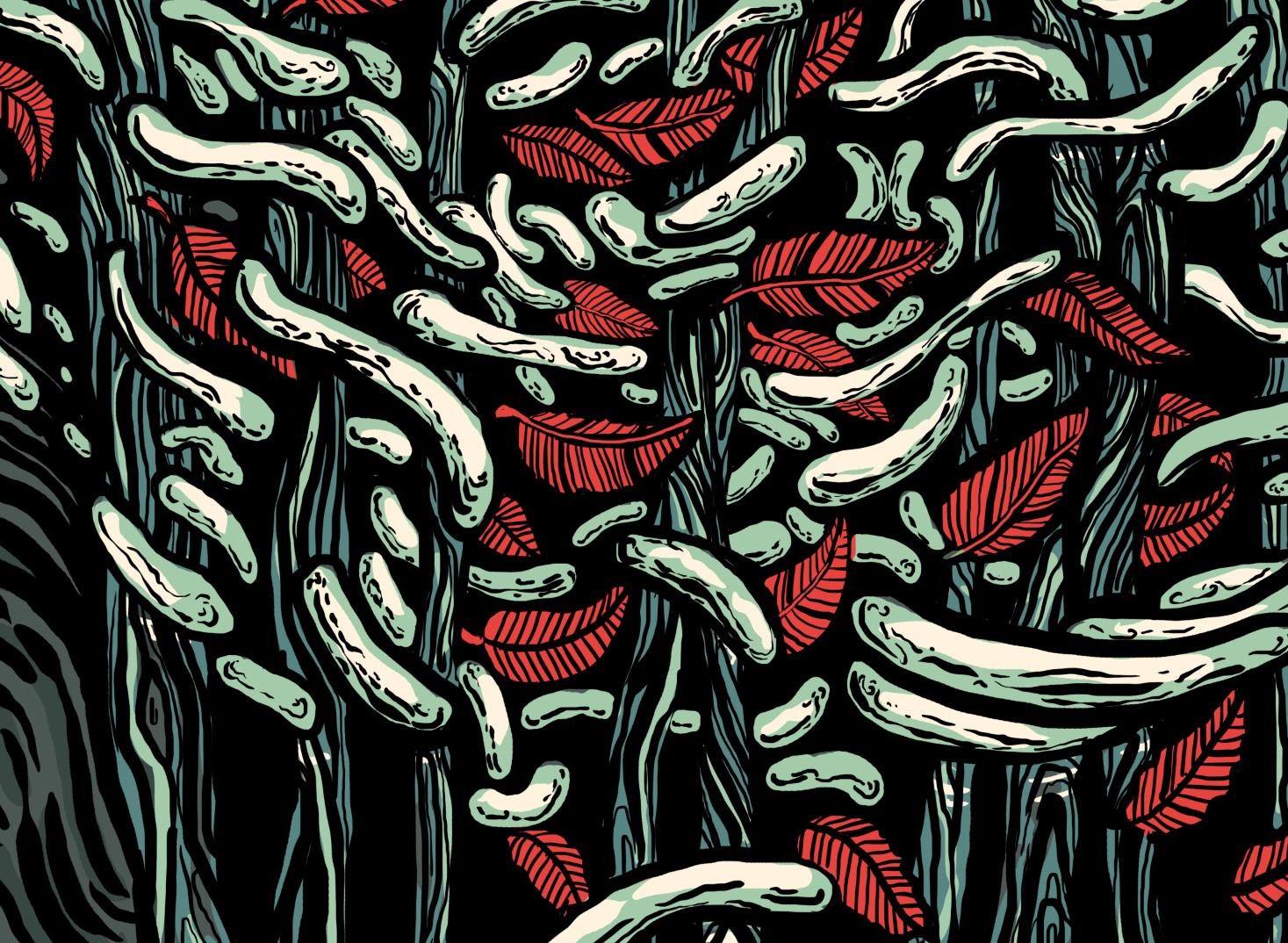 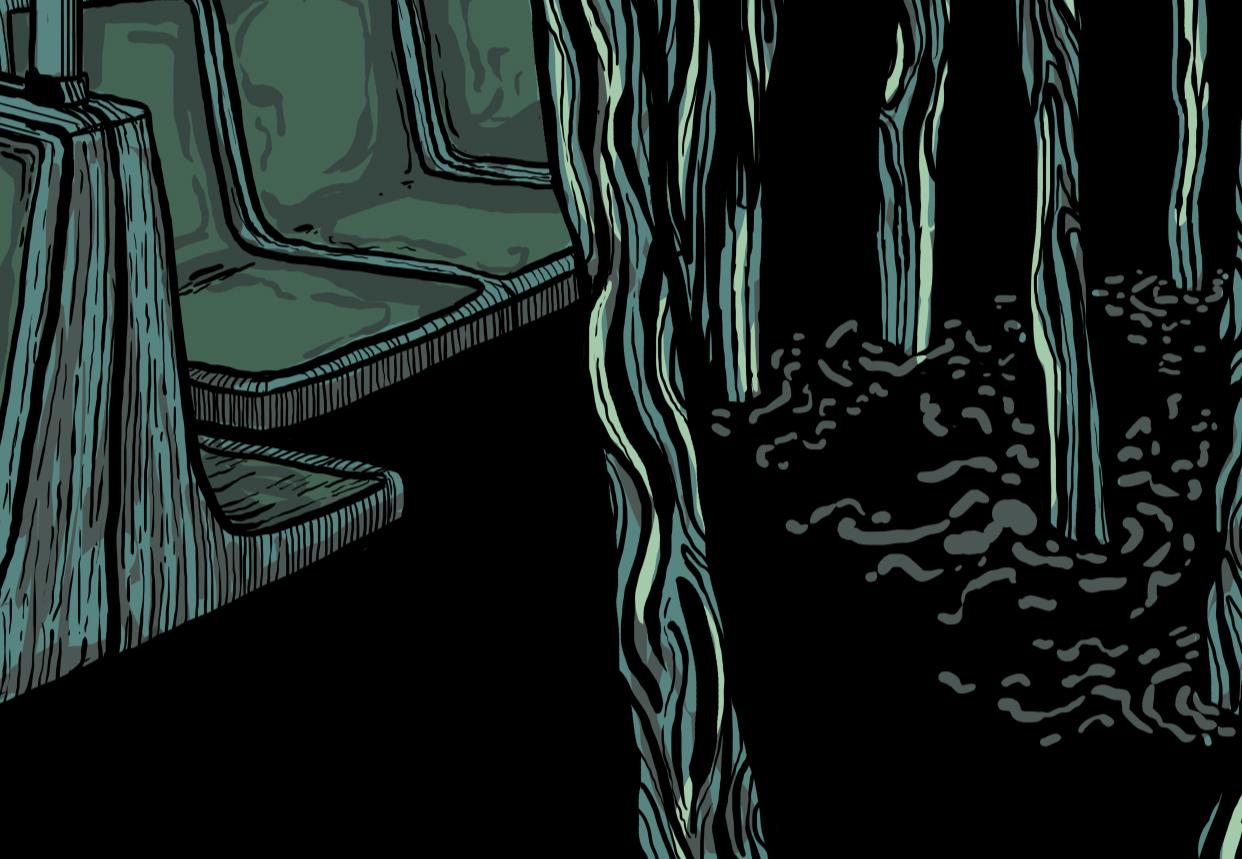 Finally settled on a color palette and reworked the subway "ad" so it flows better with the whole image. I think I'm getting pretty close, just a few touch ups left. 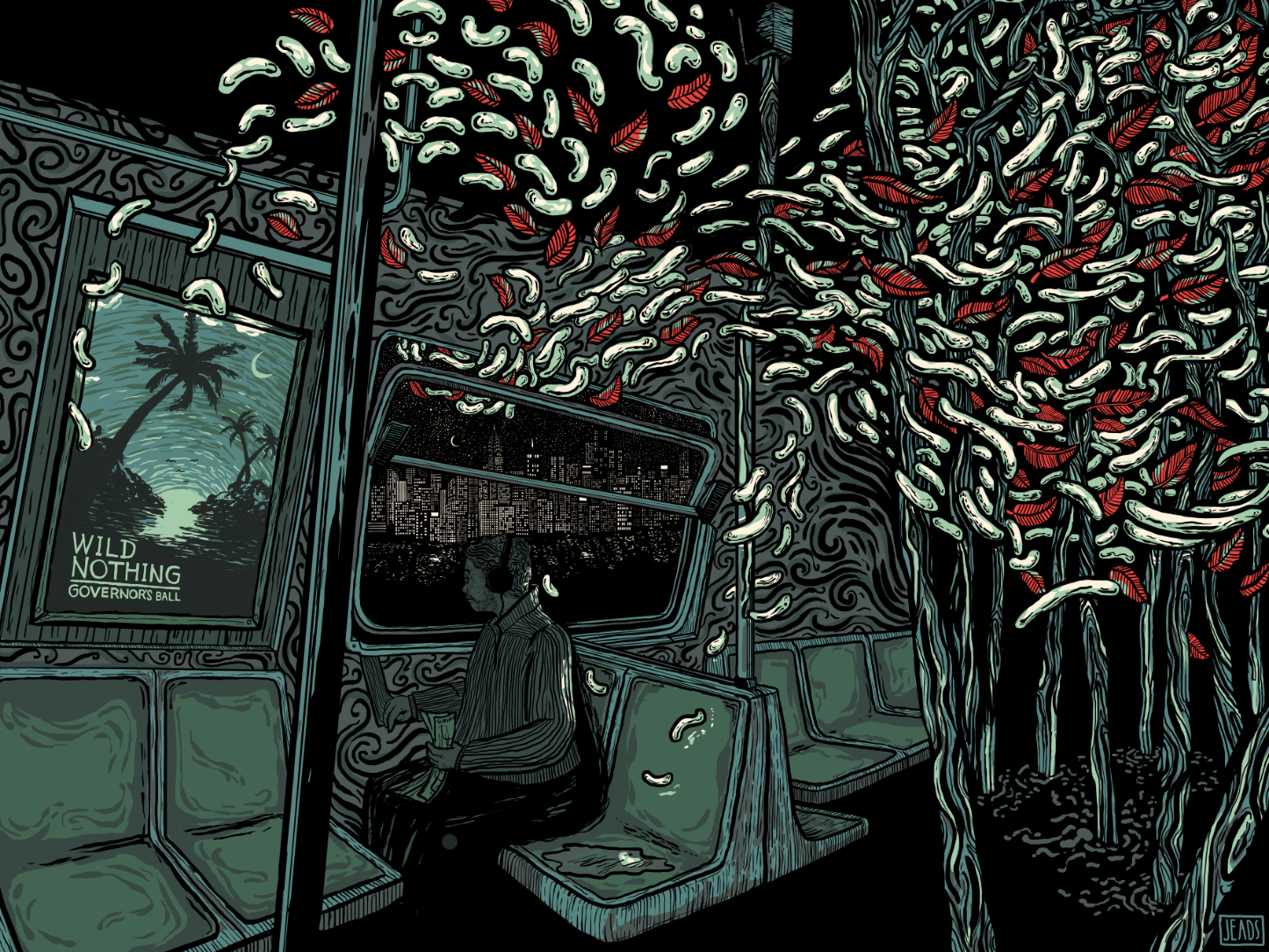 Continued work on building up the black layer, filled in the top area and added some more wiggles and leaves. Although now its seeming a little top heavy. Still testing out color combinations, I liked the grey version below, but I think it needed a little more color as a gig poster. 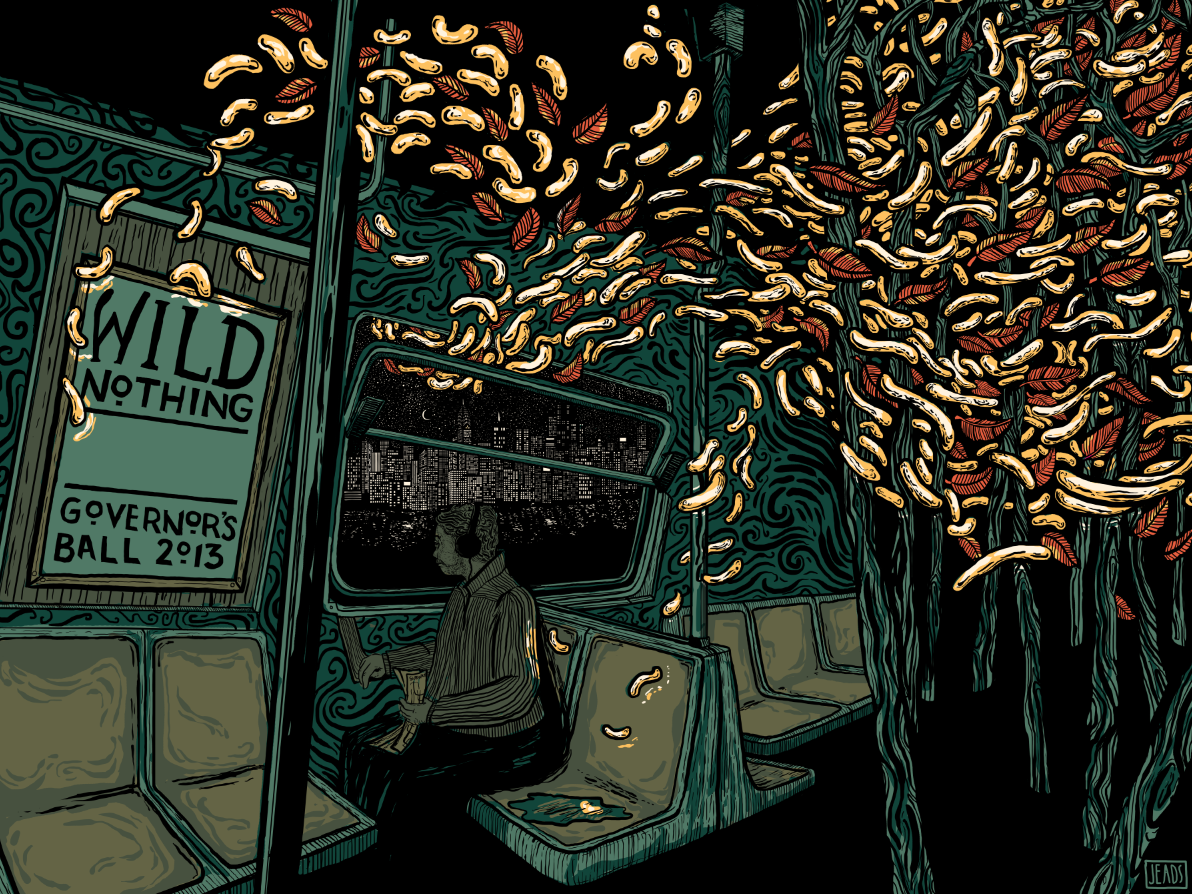 Working on a little bit of color testing before continuing with the linework. I'm leaning towards monochrome, but I'm not sure, it still doesn't seem to flow as well as I'd like. Each one seems to emphasize a different aspect of the illustration.  I might play with some more options later on. I would love some feedback on which one seems to be working better.

Edit: I think this latest scheme is the best so far, but i'm going a little nuts with all these different options, gotta step away to get a fresh look. 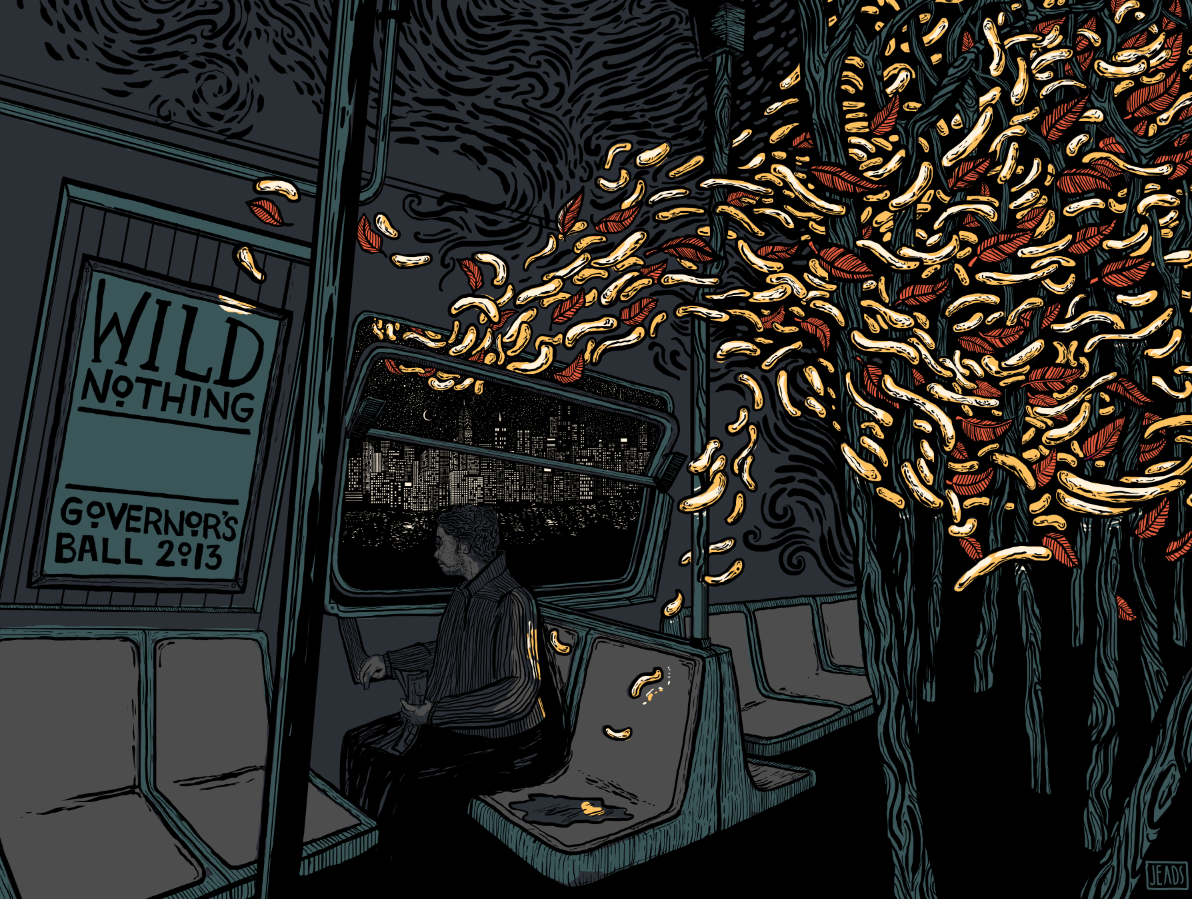 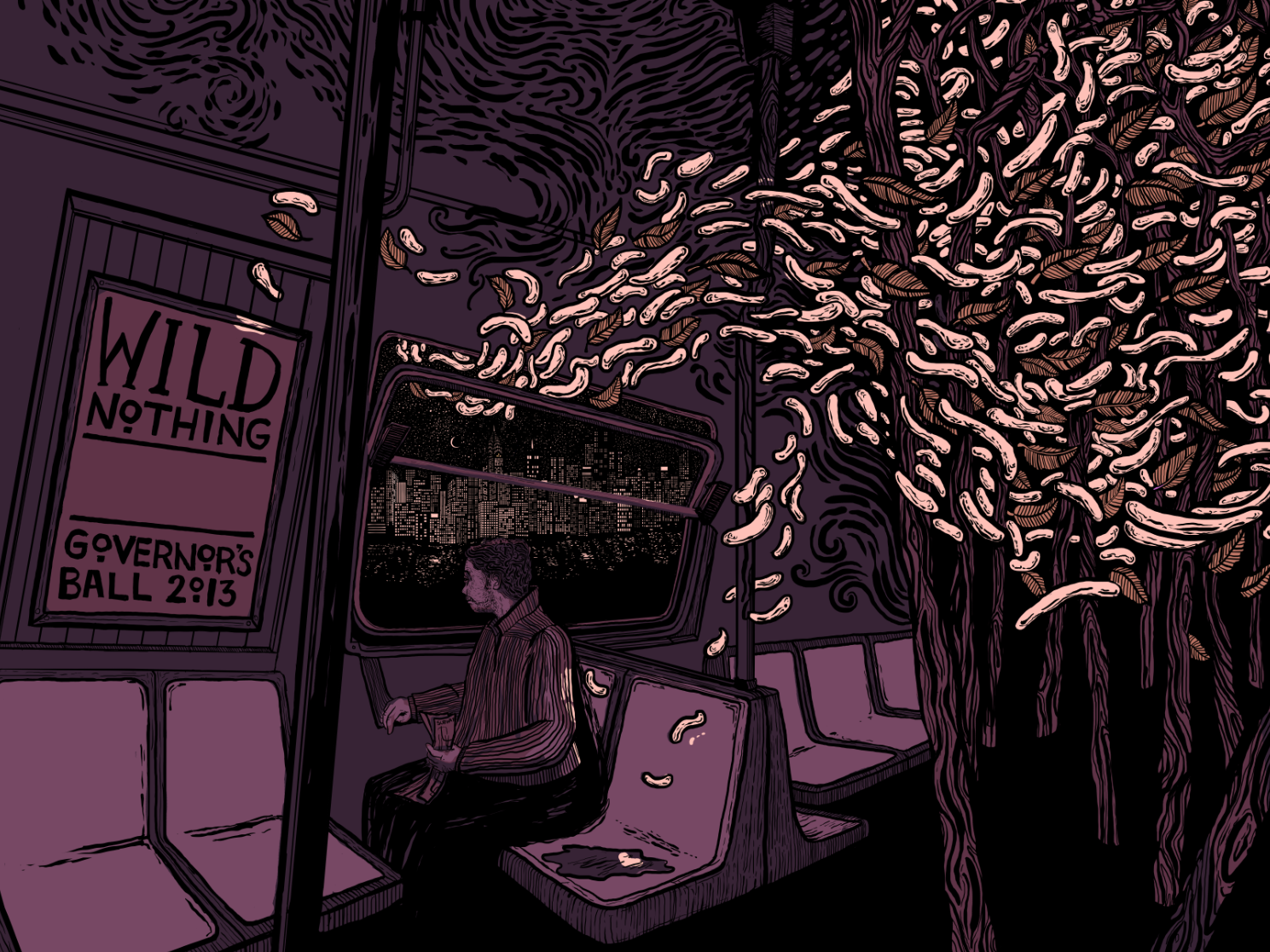 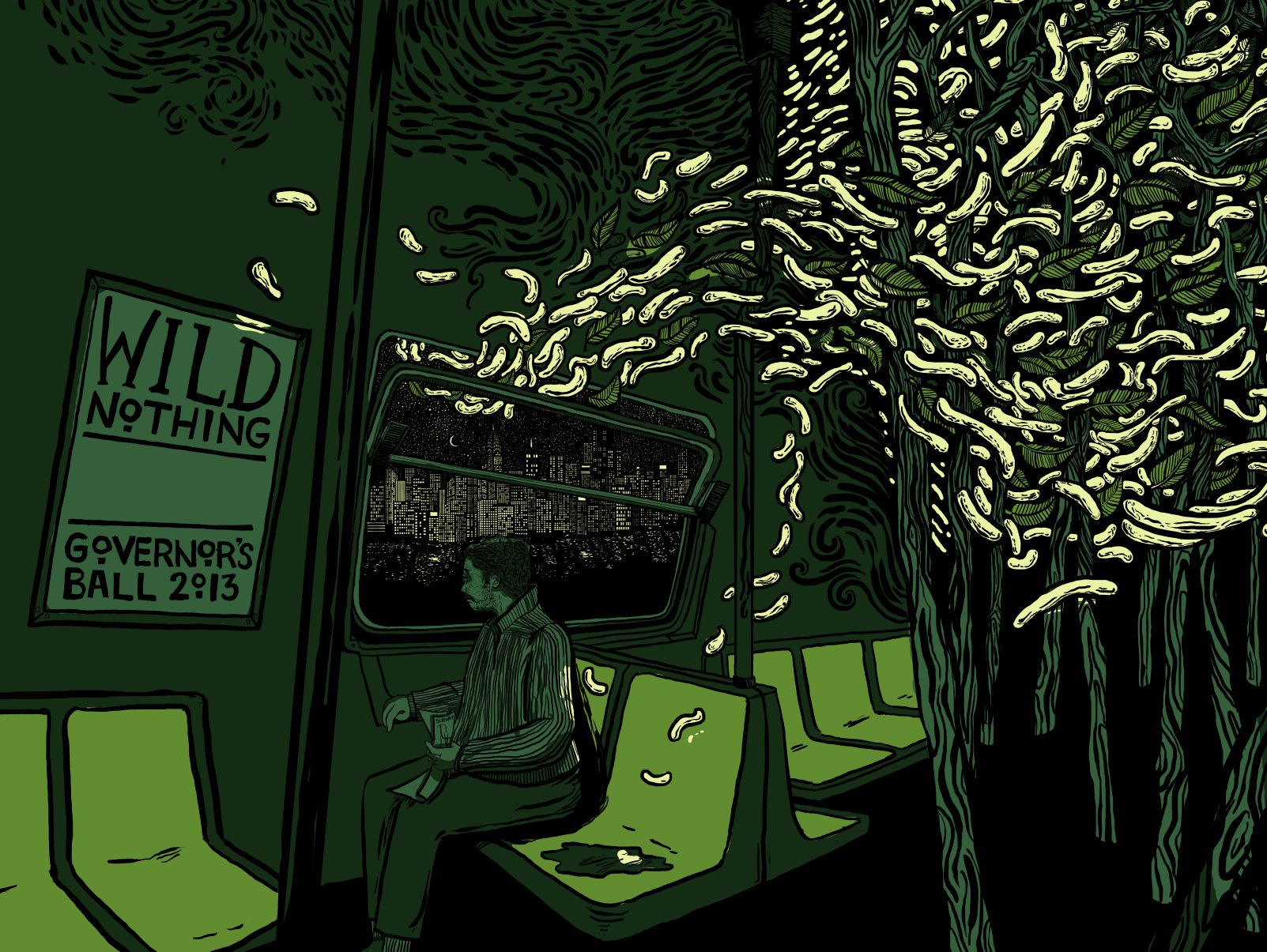 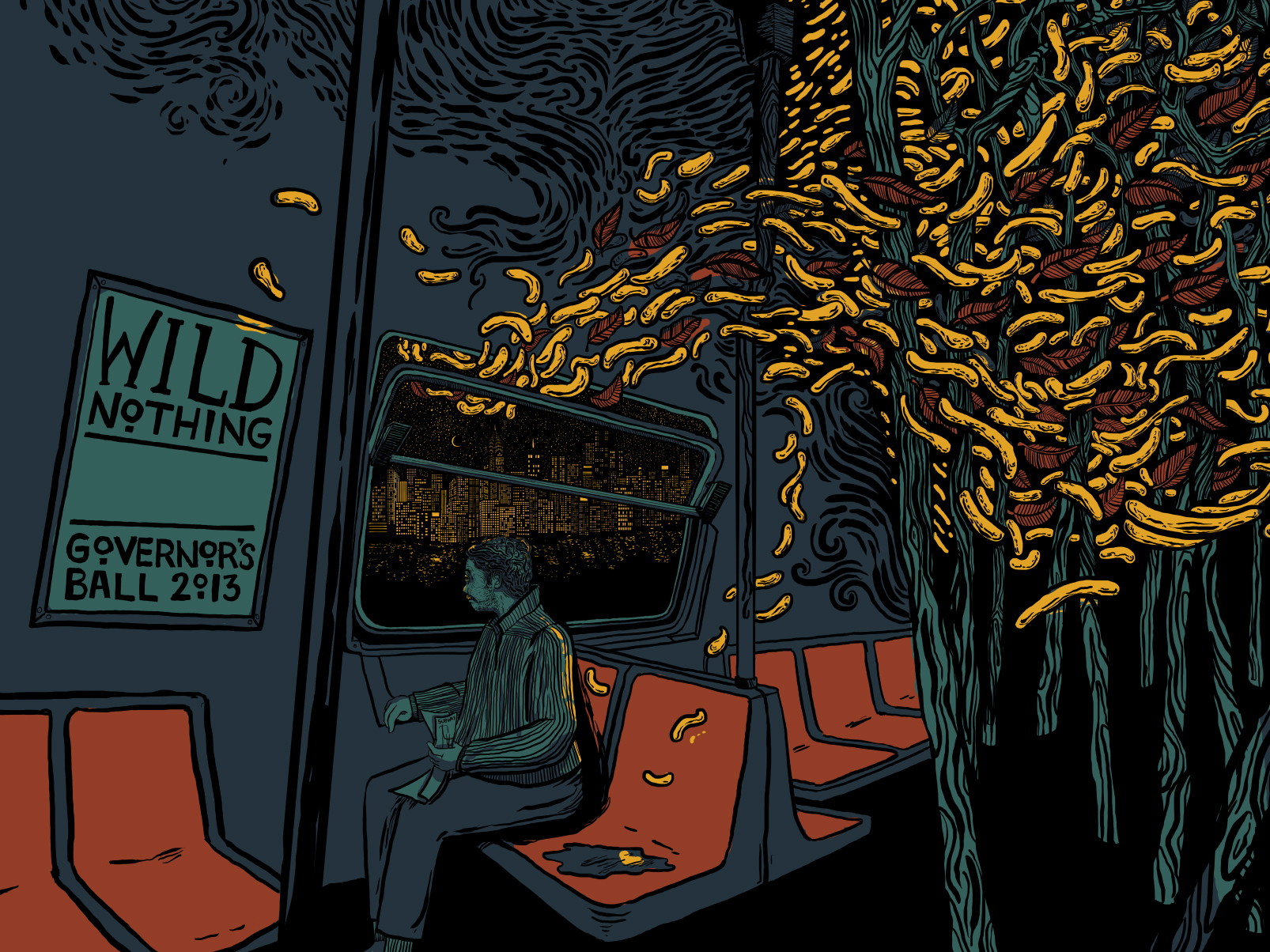 Another close up with the completed skyline, now on to the interior to give it some more detail and texture. 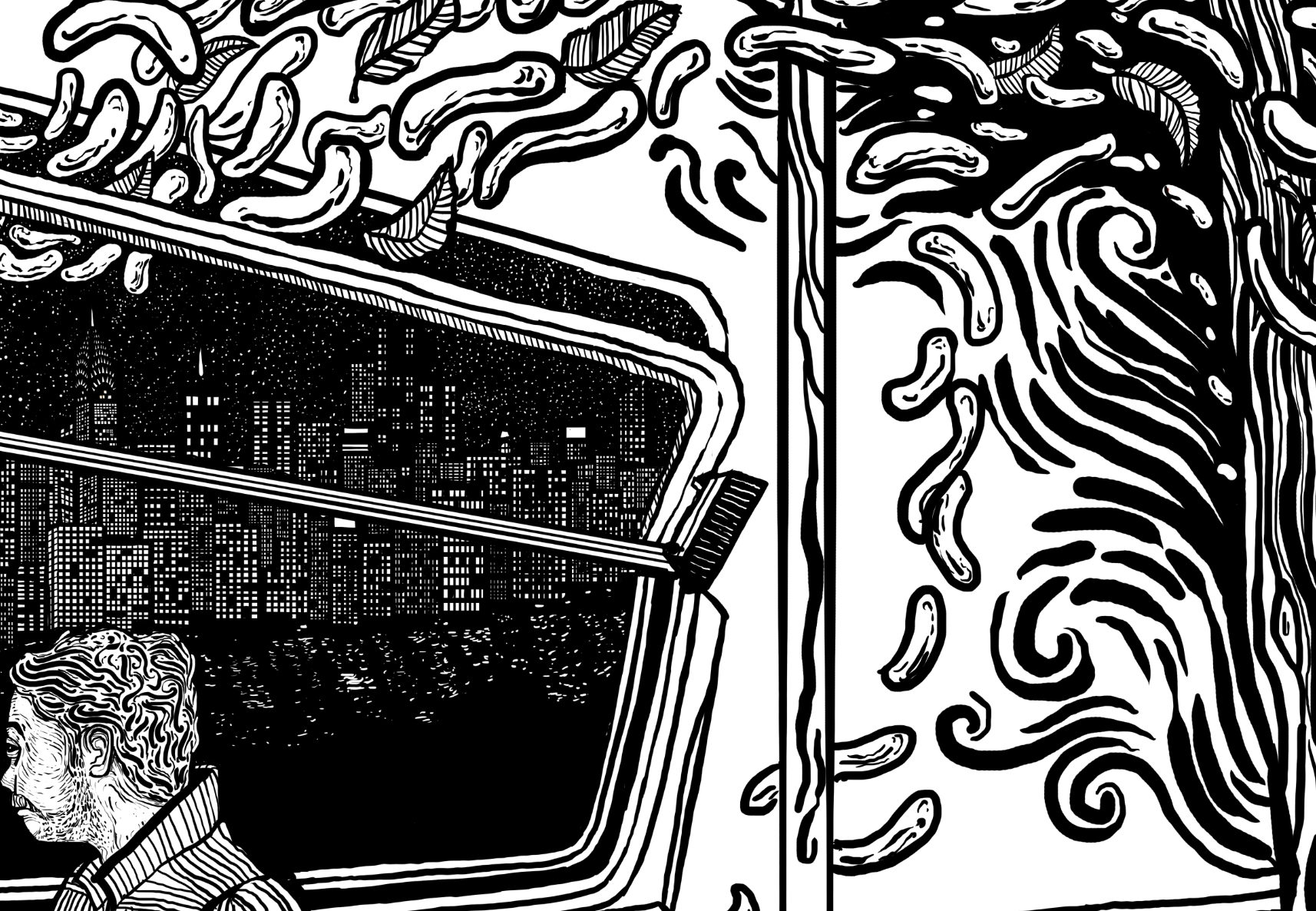 Building New York - a couple of close up details of linework progress. 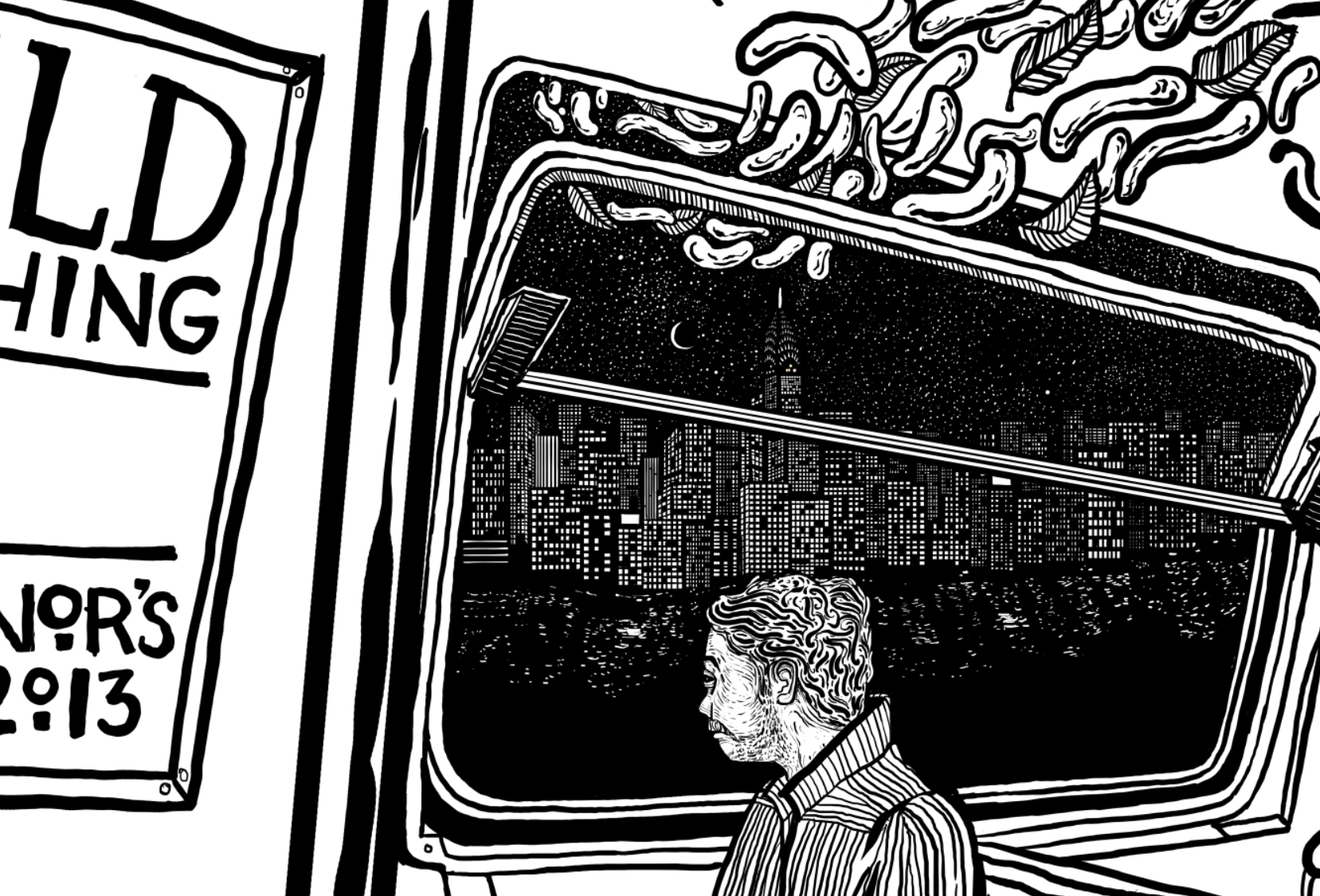 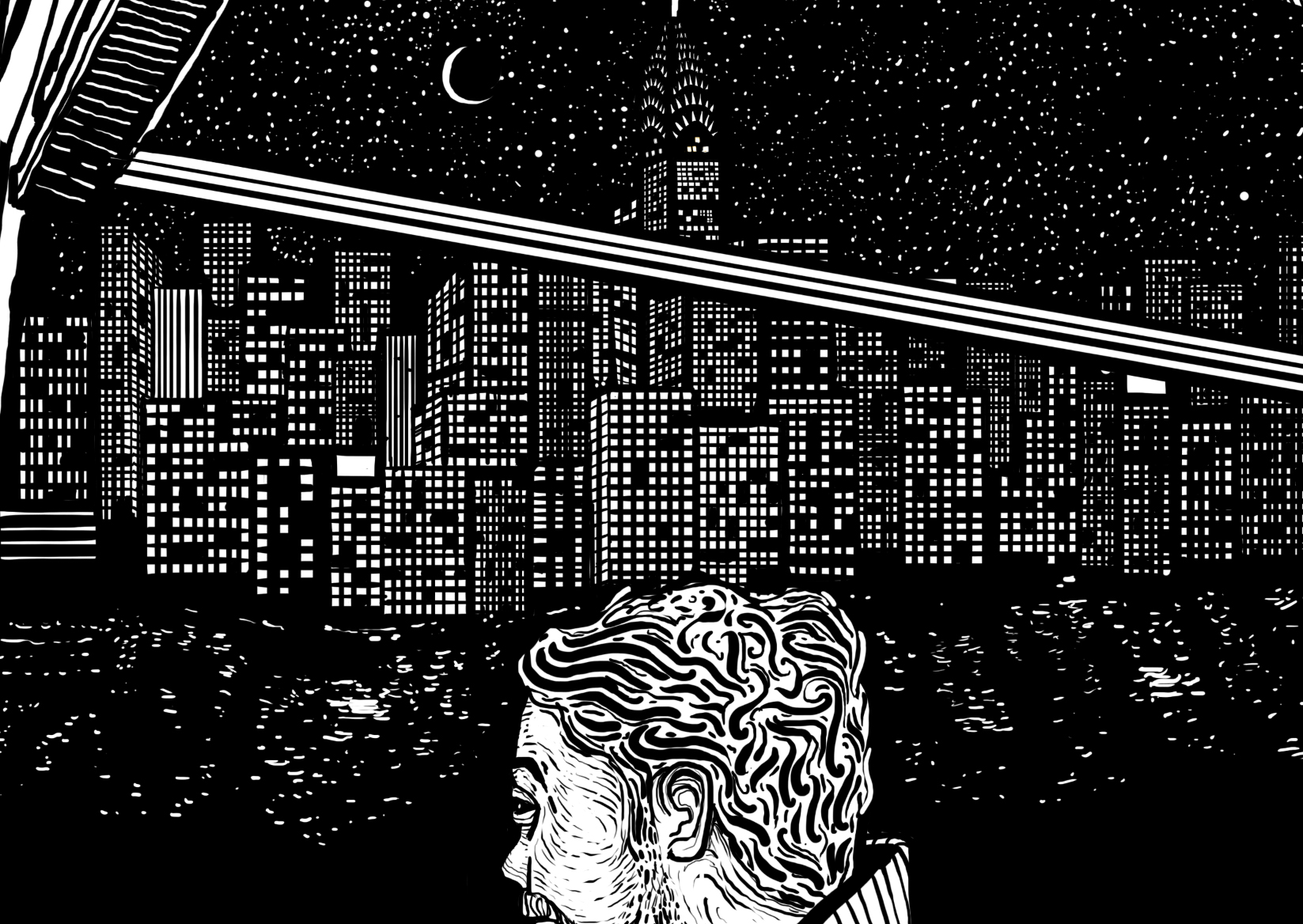 Close up of linework progress in a small section of the illustration. 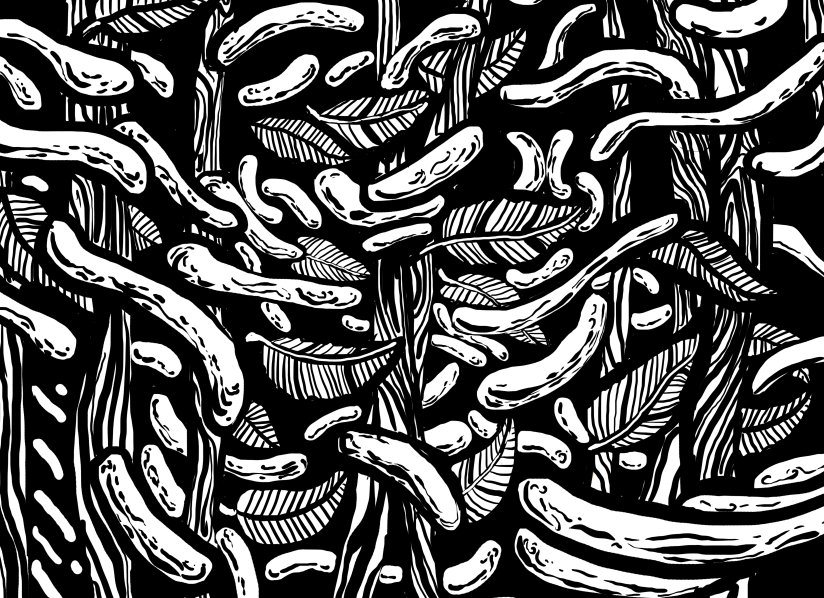 Decided to throw down a quick color test before continuing with linework to see how everything was working together. Of course I ended up changing the color scheme several times from what I initially planned on, and it will probably end up changing a few more times afterwards. 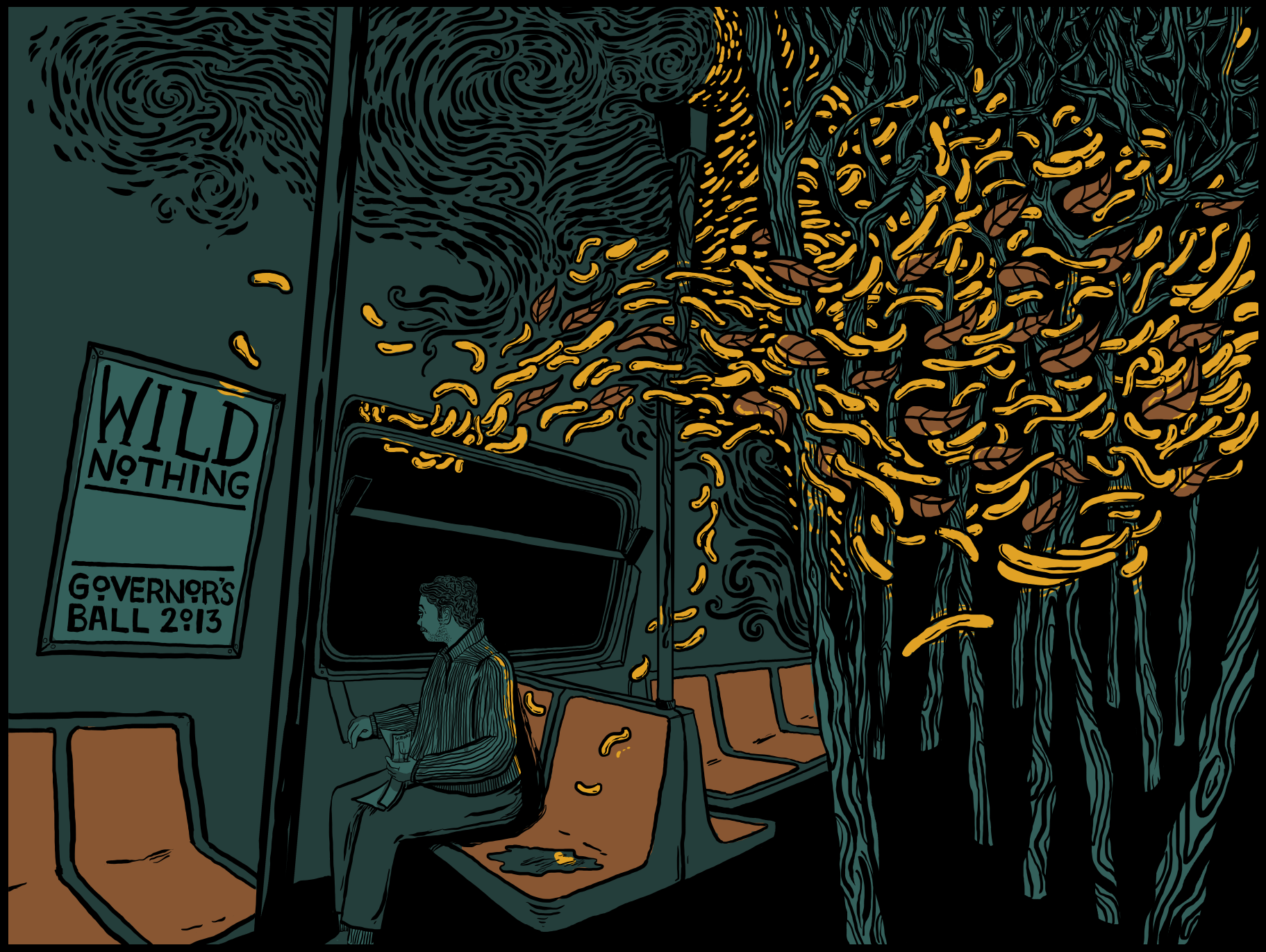 Got the basic linework down, now for more detail work and clean up before I move onto color. 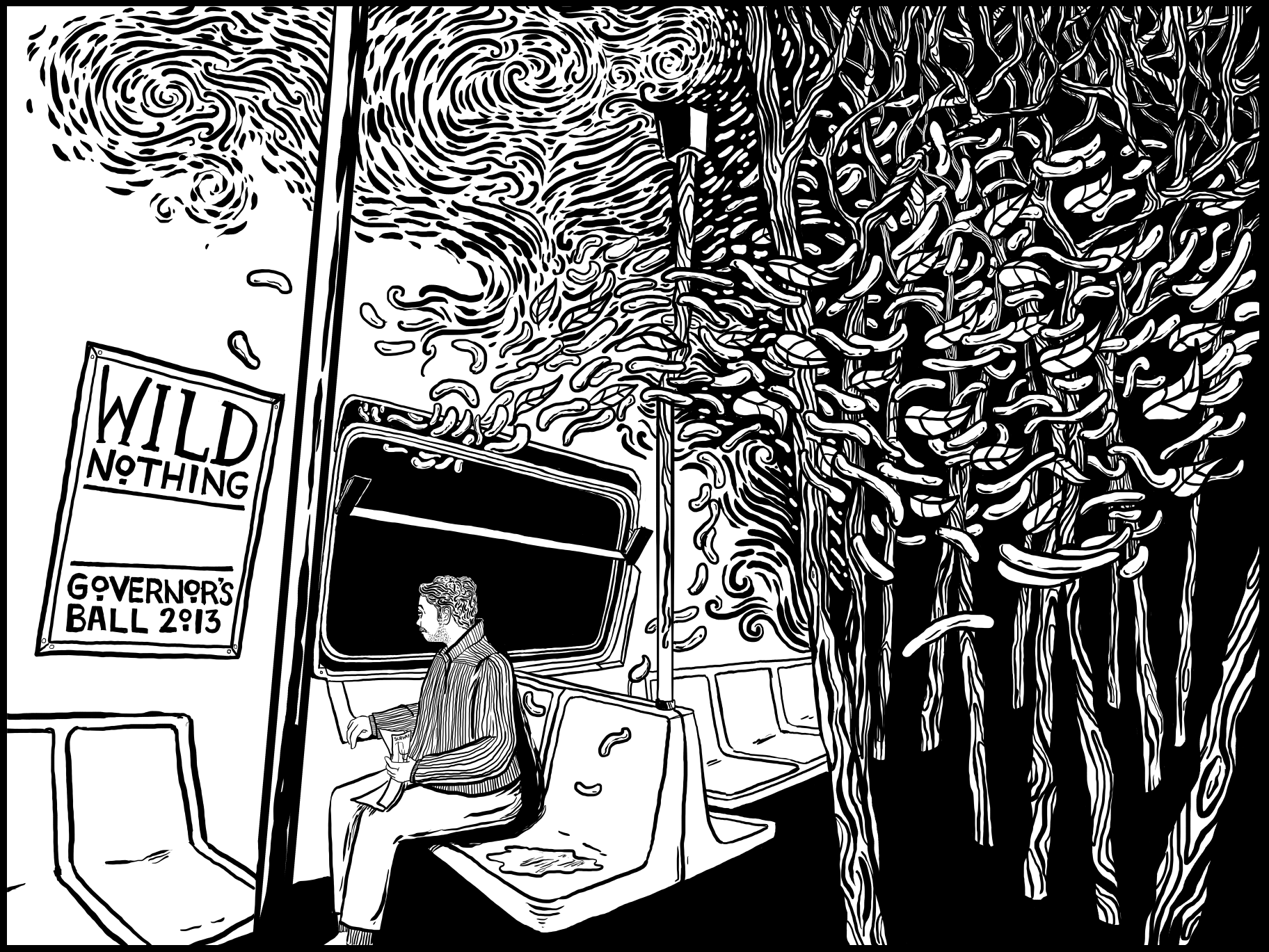 This is the color palette I am thinking of using: 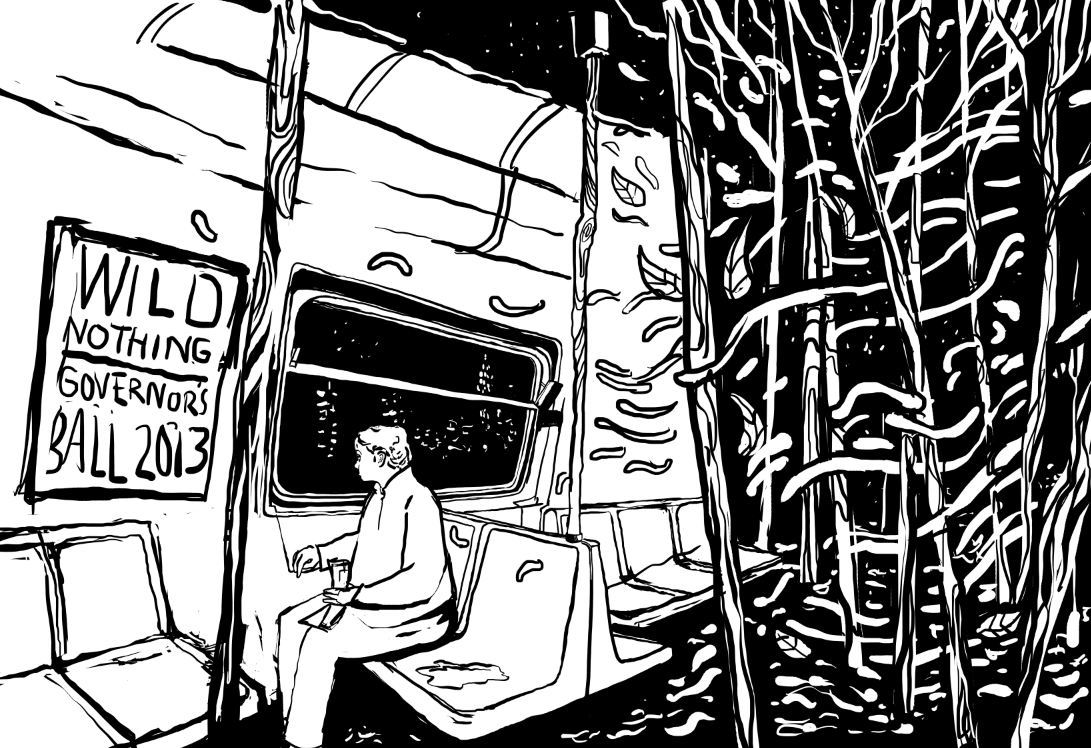 I've been fumbling around with this idea (below) of  depicting public transportation scene and it colliding with a daydream. 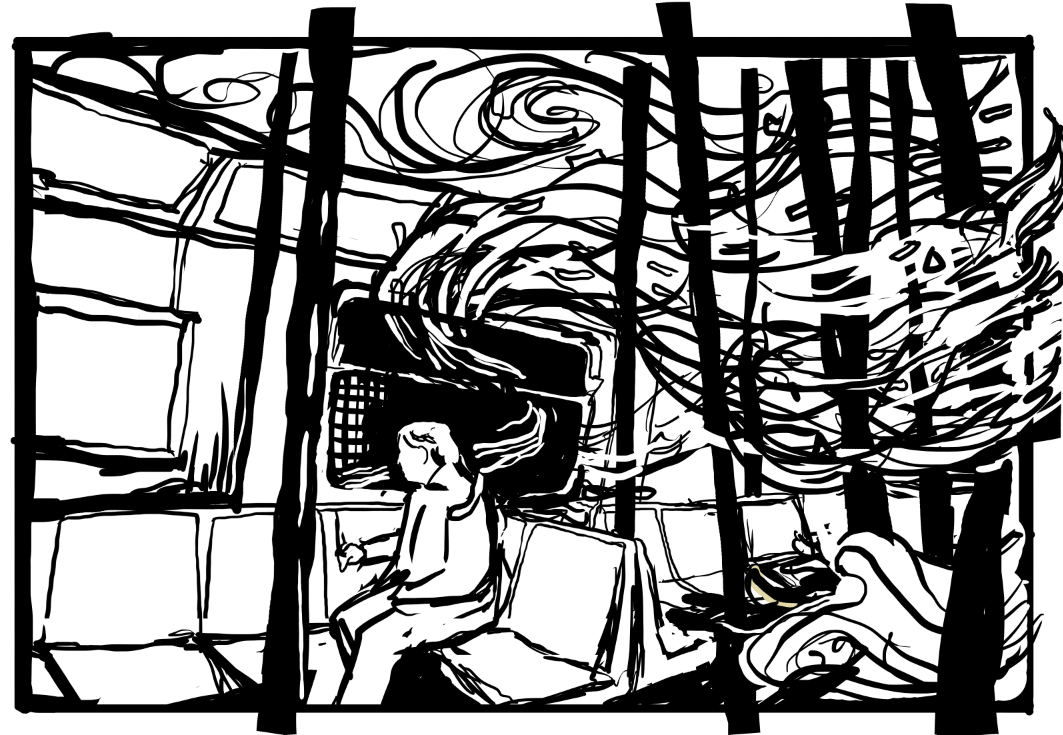