Visual Storytelling Piece - The Trial At The Ruins

Well my intention for my first image is to depict a young magician girl preparing an attack for an aproaching giant monster.

The girl is alone, hiding, feeling tense and somewhat scared. Maybe she doesn't want to be there, but she has no choice. The monster is menacing, indeed, but somehow, if there is evil in it, it's not very clear.

First, I did a quick pencil sketch. I would have love to try any other angles or settings, but since I have little time to draw because of work, I stick with this. 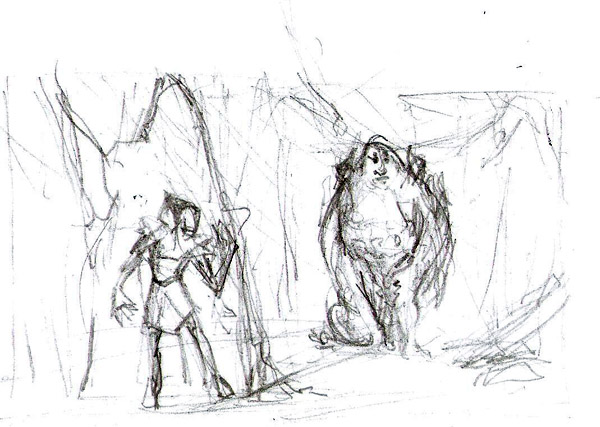 After that, I scanned the drawing and placed the values very roughly on Photoshop. 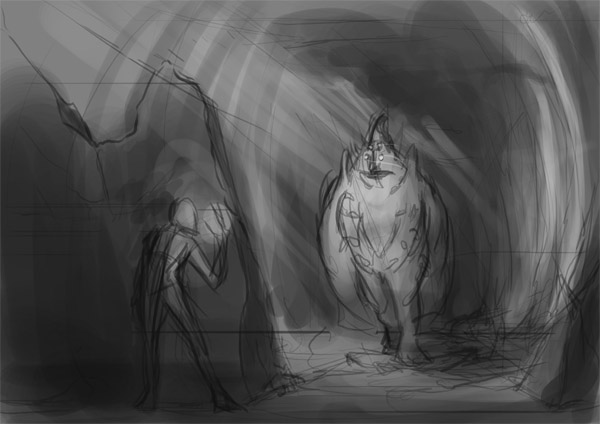 I refined the sketch a little bit, changing the cave setting to some ruins. One of our "classmates" suggest me to make the girl smaller so the monster would look more menacing. I also changed her pose, trying to make her look tense. I also had the idea to put some statues, lets see how it develops while I refine the illustration. 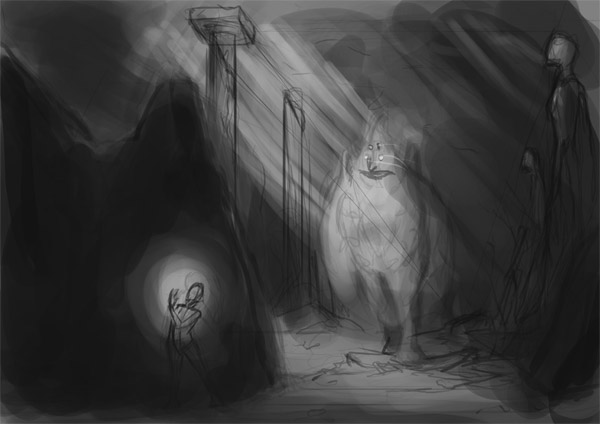 Now I had the basic layout, I refined the values and gave some shape to the girl. Also UI made her a little bit smaller, again. 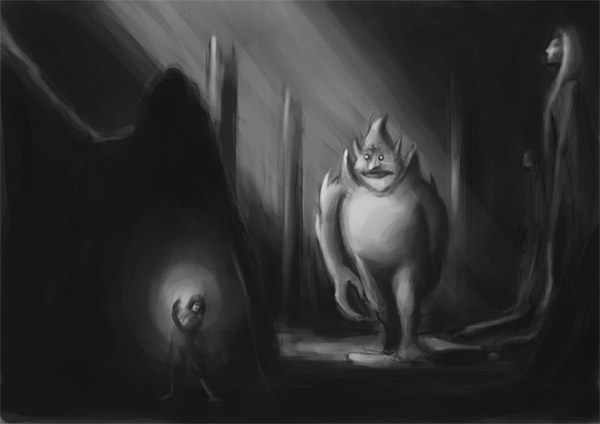 The rest is just refining more and rendering. This is the final image with only values. I cut the tip of the monster's head, since I found a little bit funny with that. 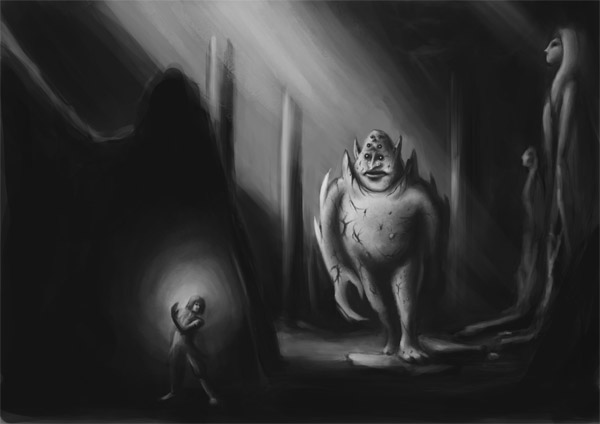 I wanted to give this some color, so I use blending modes to do it. 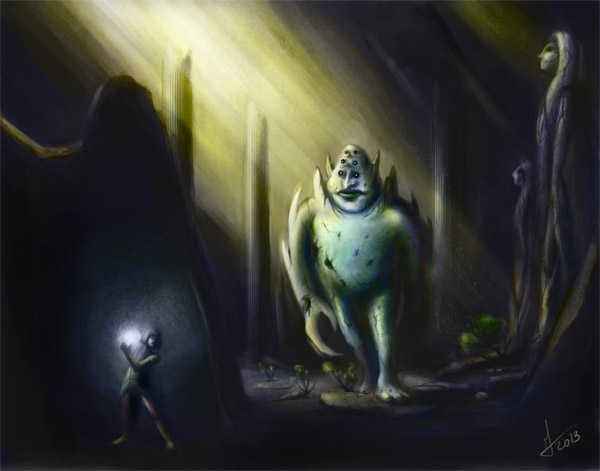 Well, this is my first image. I'm not sure about the face of the monster, and If it looks menacing enough. Also I don't know if it was ok to try to make three focal points (the girl, the monster and the statue)...

Hope you like it, and feedback will be very appreciated! =D