"Keep your eyes down," my Alpha tells me.

"Yes, sir," I nod. I can feel the slightest bit of fear vibrating off of him. The most subtle of hints that would go unnoticed by most. However, I was more attune to shifter bodies. More attune to the disturbances. It was my job in the pack. It was the reason I was being called out at three in the morning for an emergency meeting.

I hear the shuffle of his feet as he hurries forward crunching down on leaves and dirt. I scuttle after him. He's moving through the dirt trail with no guidance, but that of his own internal compass. These woods are his. They are essentially the canvas of his body. He knew when something was amiss. Or when intruders buzzed by.

Was it not telling that his first thought was to seek me out? I wasn't his mate, nor his second in command. I was something far more rare in his eyes. An omega healer. An omega was rare, so was a healer, combined, I may have been the first. Wolves did not think much of preserving history. Most of it was lost in the wars.

"They aren't like the other packs, I feel it. You need to stay hidden, but I also can't let you out of my sight. I need you by me to know you're safe," he told me.

"Rye," he turned and grabbed my shoulders. My eyes widened at the gesture. He had never been so aggressive before. He leaned over, being the taller of the two of us, to stare into my eyes, "I am serious. No speaking up. I tolerate it as alpha because I respect you. Other shifters are more...traditional. They'll see you as an omega and nothing more. They'll challenge for you and if I lose...you won't have a choice."

"Who says you'll lose," I said staring back. It's one of the things he "tolerated". No weaker wolf was ever supposed to look an alpha in the eyes. It was a challenge of its own.

His lips tightened turning the barely visible pink into white. That wasn't a good sign...

"They are the stronger pack," he confessed unwillingly. "I feel it in my bones."

I gulped. That didn't bode well. I looked off into the darkness of the forest. It would be so easy to just...disappear.

"Stop!" he said in that deep command that signaled his alpha. He knew that didn't work on me. Not because he wasn't a strong enough alpha, but because my genes demanded I had free will. Healers needed to make decisions for themselves, they couldn't be influenced by others, especially alphas. "Don't run, Rye. I will protect you."

His eyes showed a fierce sincerity. I scrutinized them for a minute before giving in. Before he was an alpha and I an omega, we used to be just normal friends. When our 'type' was announced he was forced to stay away from me, but we always managed to stay friends. It was hard on alphas to be around omegas due to the pheromones, but he had never hurt me in the years I spent as part of his pack.

I nodded my acceptance and we headed towards the packhouse. The closer I got, the more my wolf reacted. He was...he was...vibrating? Was it fear or excitement? I couldn't tell. It had been a long night and a lot of my energy was spent on healing shifters that traveled here with grave illnesses.

Typically, shifters didn't experience illness. It was a rare occurrence. However, in recent months, wolves, as well as other shifters, had been showing up with strange symptoms. My alpha took them in. Told me to help them. He didn't worry about the illness spreading. I don't think he thought it possible. He thought these particular wolves must have had a genetic defect. Not unheard of, but definitely rare. He had looked into human diseases and noted there were some that were genetic, but not contagious, like Dwarfism or Alzheimers. He assured everyone it must have been something like that.

"Here we go," he muttered as he opened the door to the packhouse, diverting my thoughts back to the task at hand. Now that I think about it, he never briefed me. We always had some sort of understanding of what we were walking into.

Immediately, I retreated back. My eyes shot to my Alpha's in a glare.

He shrugged, "I never said they were wolves." 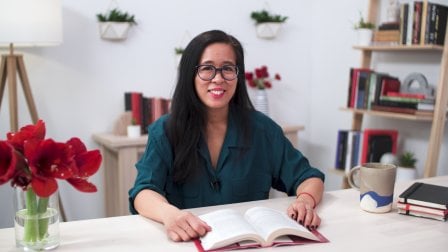