Here are some sketches for my storytelling sequence. The idea is that a bear gets a thorn stuck in his back, and a mouse helps him out (despite some initial reasonable trepidation). I did not have as much time as I would have liked so the sketches are pretty rough, but I really enjoyed working on it anyway, what a fun class! 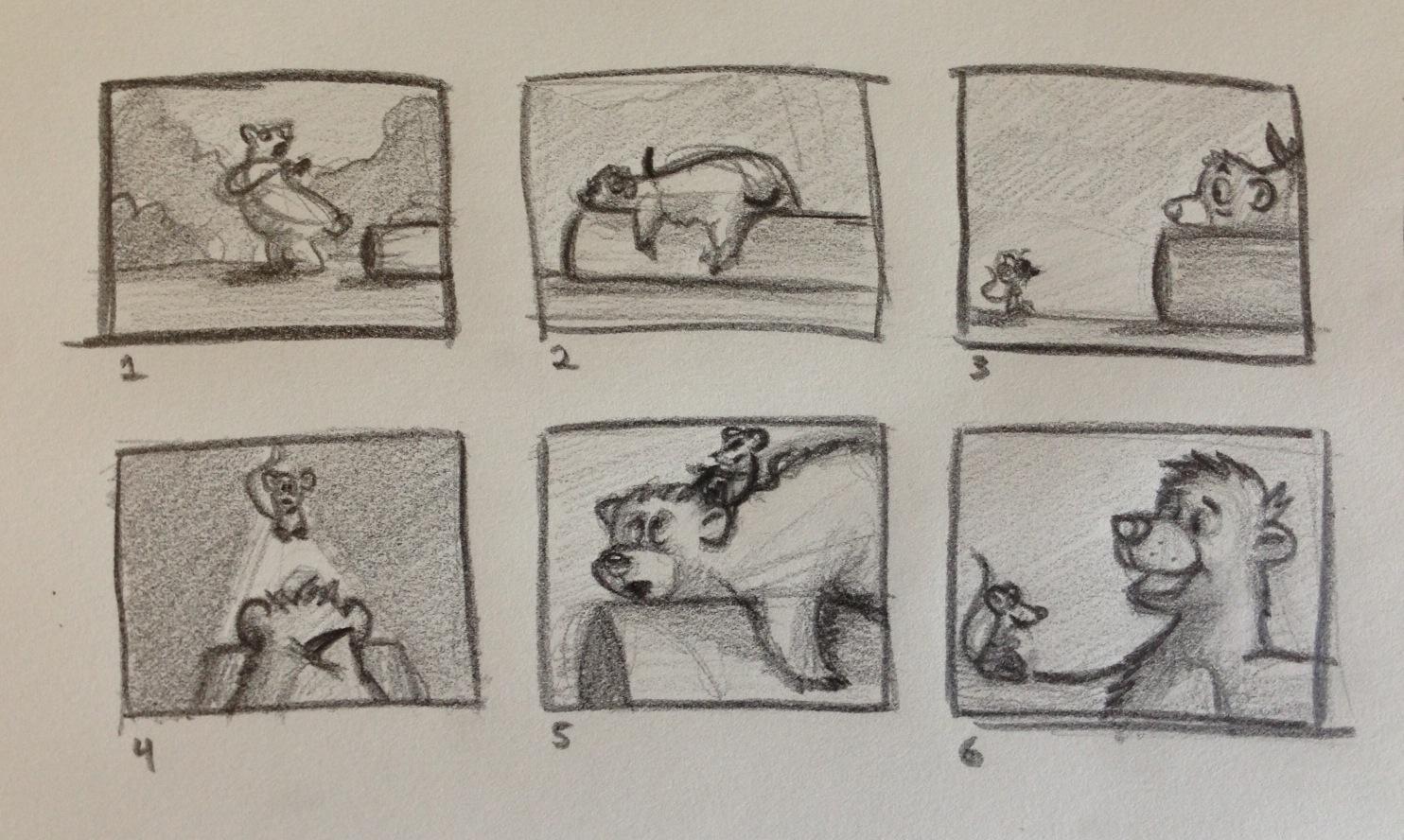 This story was inspired by this photo: 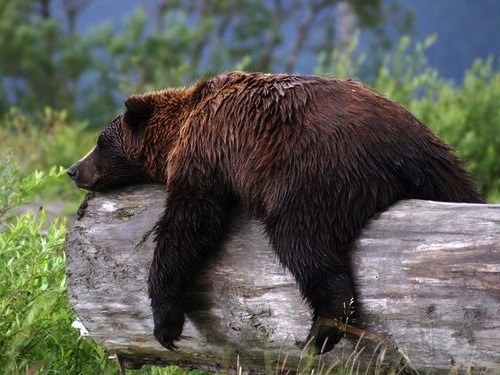 I read through the first lecture a few times and decided to focus on displaying a power relationship, specifically a disparity, using scale and perspective. I was interested in how much I could do with just scale, lines and shapes, so in this first version I used a simple icon-like style with flat perspective and flat tone. The focal point is supposed to be the girl, and I gave her high contrast, spotlighted her with her shadow, and pointed to her with the lines of the tank. The tank is built with sharp edges and triangular shapes, and the girl is a rounder, softer form. I'd like the viewer to identify with the girl, with her vulnerability, but also with her strength and goodness.

After finishing this version, I feel like the vulnerability comes through, but I'm unclear about the strength part. I'd like to express a quiet sort of stregth, and any feedback about how well that's communicating here, or how to do it more effectively would be really great. I made her quite passive because I wanted to show her as specifically not angry. Would a fiester pose and more facial expression and attitude still communicate a peaceful message?

I also explored more options for setting up the scene. I think the size disparity would be more threatening if shot from below, and this set up would also put you in the girl character's shoes, because you'd be seeing it from her perspective. That scene is more complex though, and I'm wondering whether what I've got is already threatening, in a more subtle way? 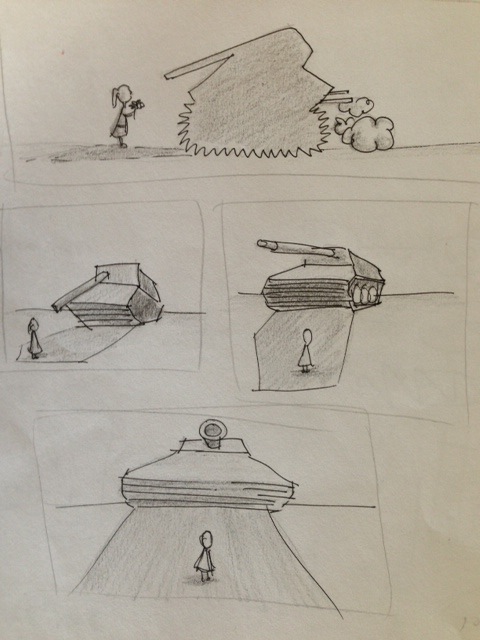 And I also wanted to give the tank more personality, and make it more of a character in the scene too. One idea I had that I did not manage to achieve effectively in any of my sketches, was that since vehicles in a way have faces, maybe I can somehow give this one an evil facial expression by playing up things like how the cogs/wheels resemble teeth, etc - but without literally giving it an actual face. I found though that at least for a beginner, this is pretty challenging :) 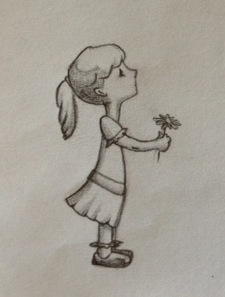 Any thoughts or feedback would be greatly appreciated, thank you!