I know we are only a few days into this class, but I'm going ahead and choosing a temporary direction because I need a logo to use for my packaging class. I'm still going to be doing revisions and exploring other options (feedback much appreciated), but this is the logo I've decided on for now. 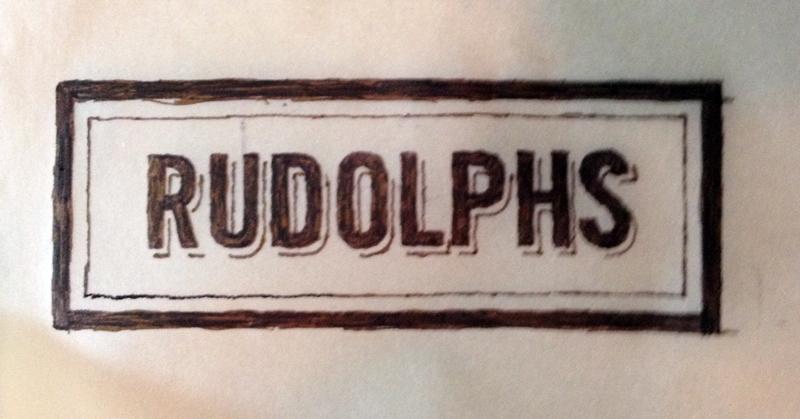 It may seem simple, but I have worked very hard to think through every aspect I can. Rudolph's has been around since 1895, so I want to communicate a strong and stable business. My thought is to produce a fairly conservative identity for longevity sake. The typeface I'm referencing is Trade Gothic for it's warehouse industrial feel and it's history which correlates with the client. The enclosing rectangle is a reference to turn-of-the-century decorative borders, but I've stripped it of any fleurishing for a contemporary urban look and for longevity. In addition, it is a subtle reference to a butcher's block, with the inner rectangle alluding to the indention found on carving boards allowing juice to drain. The strokes around the type are a conservative attempt to imply the depth from wood type and engraving. It's not shown here, but I'm going to be adding the tagline "Deep Ellum's Meat Market since 1895."

Also, the positive/negative relationship shown above is not exactly how I'm planning it—but I am planning to keep the logo purely black. My rational is that black is relevant to any era, while other colors come and go like fashion. Additionally, pure black often imply's quality and class. The plan is that, everything shown above, with the exception of the outer rectangle, will actually be a cut-out on a solid black rectangle.

Sorry if my explanation is long or doesn't make sense; I just had some coffee and am writing really fast hah.

ALSO, here are some other sketches that I haven't posted yet: 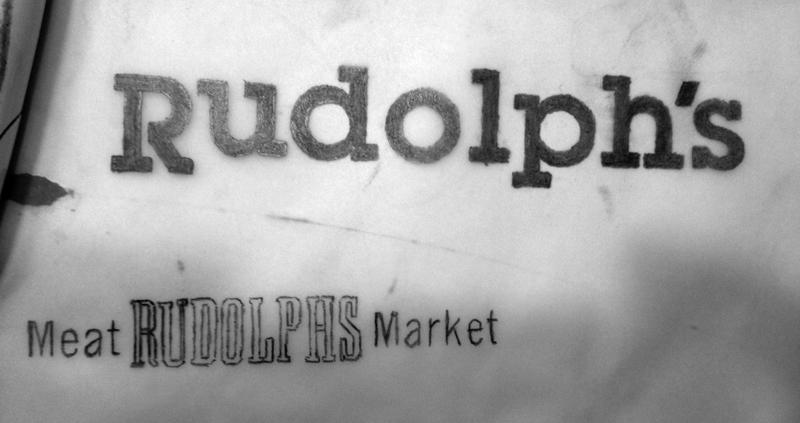 Here are some really rough doodles and then two tighter sketches that I've done so far. I'll post more later on the visual influences and logic behind what I'm thinking, but for now—These sketches are based on Trade Gothic for it's historical period (early 20th century) and it's warehouse-district quality, Cheltenham for it's historical period (created in the 1890s) and contrast with Trade Gothic, and Copperplate Gothic for it's similar proportions to Trade Gothic, it's historical period, and it's sharp serifs that subtly communicate the idea of cutting meats. These two tighter sketches are trying to mimic the idea of woodcut lettering and engraving, which is inspired by the engraving on the butcher's block shown below.

This sketch above is a modifed version of Trade Gothic, which I altered to try and communicate the family aspect of the market and a friendlier hands-on feel. The influence came from Futura Script.

This stuff below is super chicken scratch doodles and I'm not sure what those little math notes are. I promise I know what 2x3 is.. I don't have to write it out! 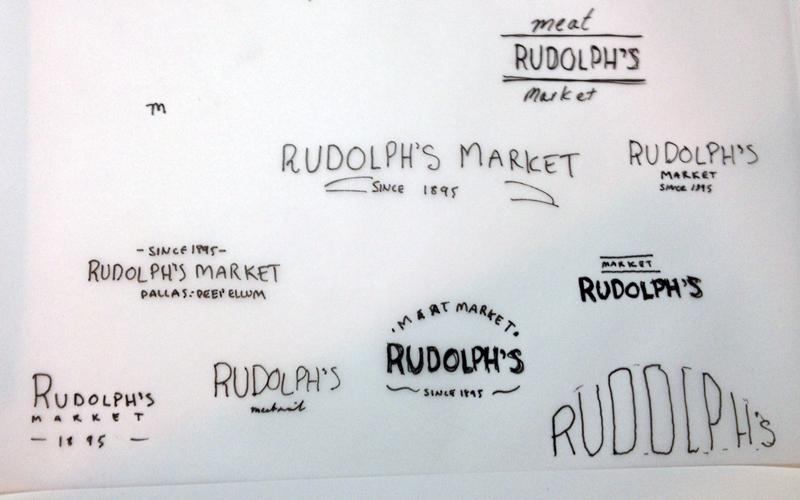 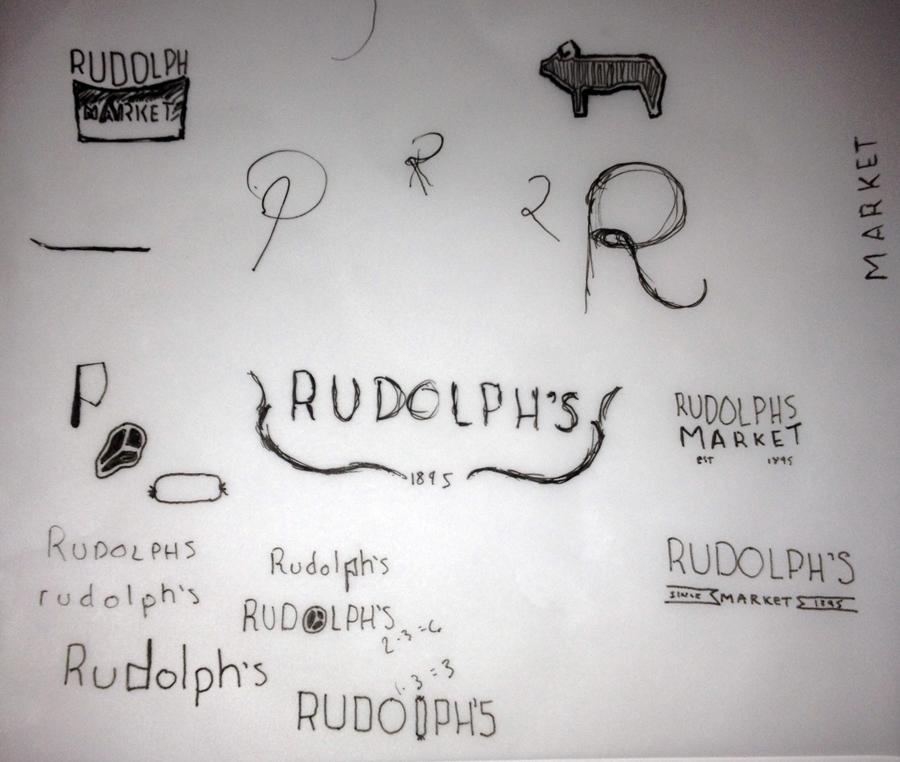 I'm going to be designing a logotype for Rudolph's Market—a favorite historic butcher in Dallas' Deep Ellum neighborhood. I'm hoping to use this class to supplement another skillshare class I'm taking on package design where I'll be redesigning the store's meat packaging, bags, labels, etc.

I think that the client already has some cool type to pull from on their sign and the brick exterior wall, but I think the brand could use a facelift. 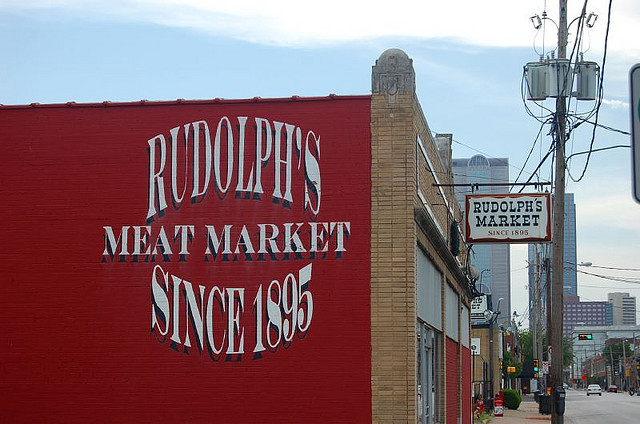 This stuff is great.

I also found a photo that shows an older logo that has some great qualities that might be fun to bring back in. 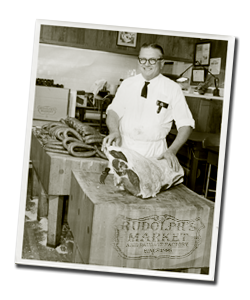 It's a little hard to see, but the carving on the side of the butcher's block.

Anyway, I'm excited to get to work on this! Cool!