I have three ideas I landed on for this poster design.

1 // The first is what I feel is the strongest. It ties in perfectly to the venue and the Avetts' style. It is an overhead view of the venue (The Lawn at White River State Park). You will see the edge of the stage peek in from the bottom and the date and venue info will live in this space. The main graphic will be a custom script type that is mowed into the grass. I plan on adding in chairs and of course the guy mowing the grass somewhere. I would love to screen print this on a green French Paper Co. and use varying shades of green ink to show what has been mowed and not mowed.

2 // The second idea is a trucker hat. Seth Avett often wears a truck hat, not so much on stage but in his everyday life. I thought this would fit in perfectly to the Inianapolis becuase it is the crossroads of the midwest. Thinking textured like racing stripes just to add some depth to the poster. The sewn on badge of the hat would say "The Avett Brothers Trucking" and I am thinking of floating the info for the show up top in a small simplistic type.

3 // This last option is a close up of a pair of jeans. I think the jean texture would screen print awesomely. The leather tag on the back would house a custom Avett Bros. typeface, the date of the show and some other fun info similar to the Levi's patch. The only issue  I am having with this is finishing off the top. I don't want the jeans to bleed off the top, but i am not sure what I will put there yet. 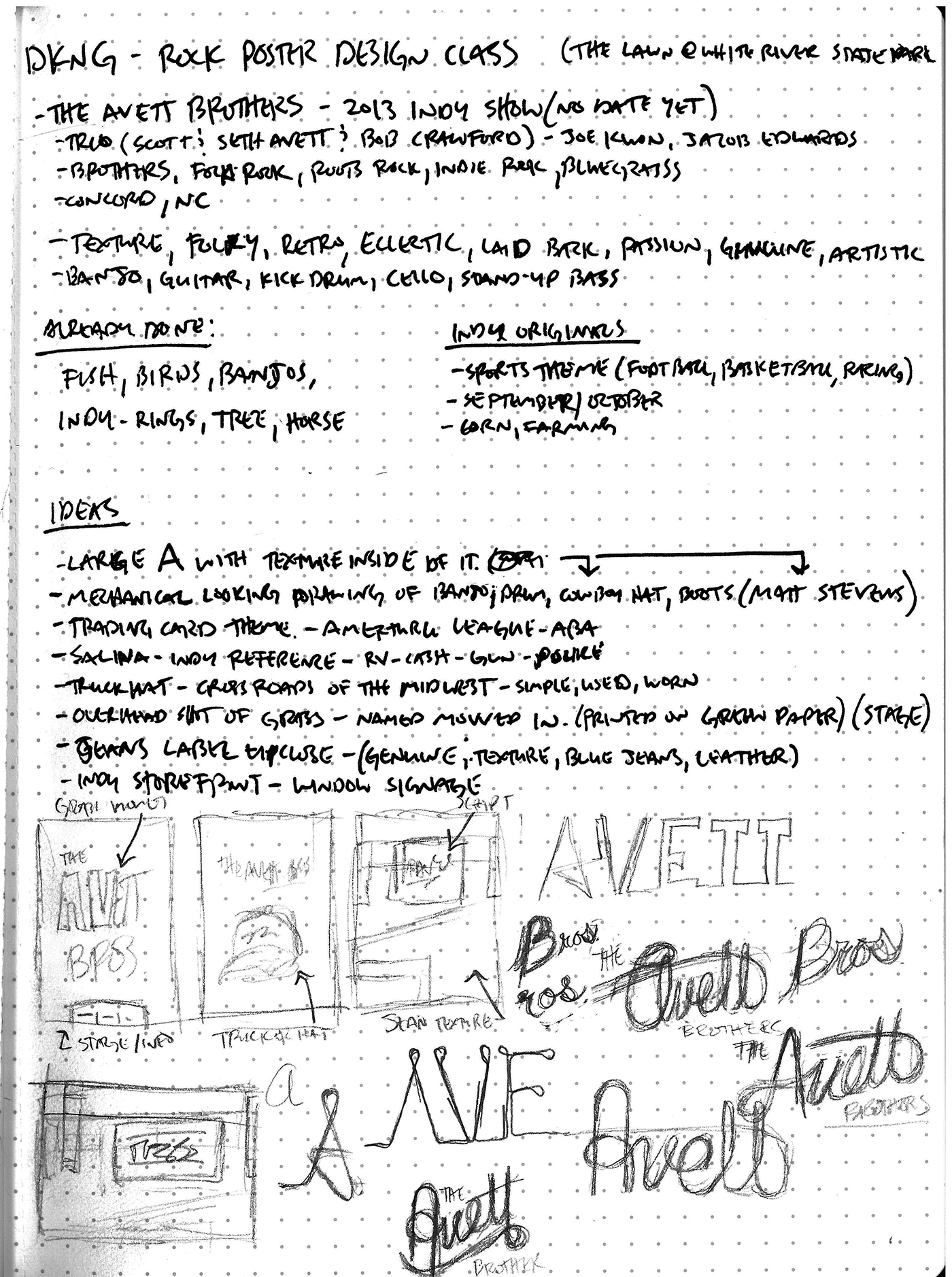 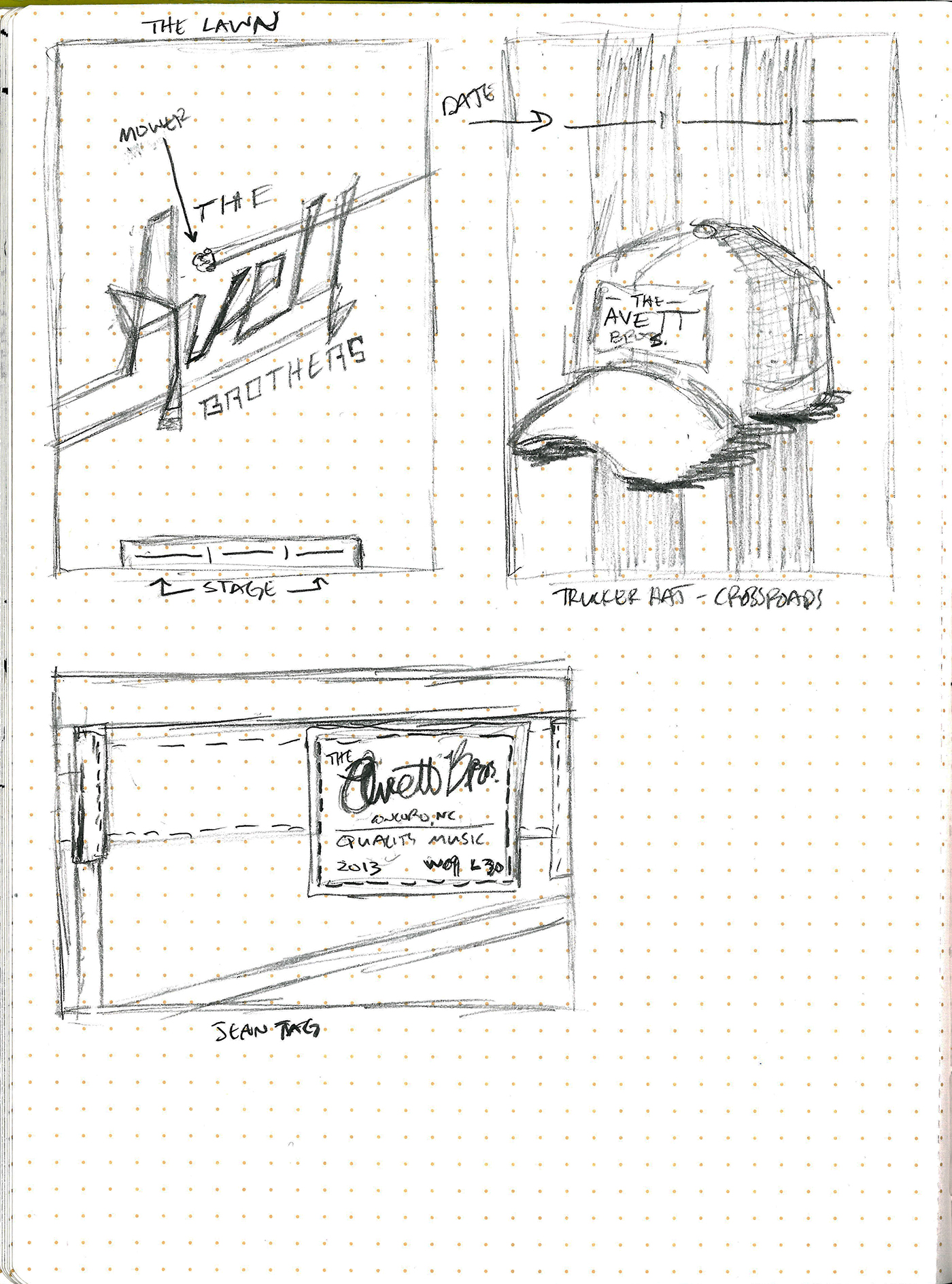 I am a designer & photographer at an Indianapolis marketing & advertising firm.

The Avett Brothers (pron.: /ˈeɪvɨt/) are a band from Concord, North Carolina. The band is made up of two brothers—Scott Avett, playing the banjo and Seth Avett, playing the guitar—and Bob Crawford, who plays the stand-up bass. Joe Kwon, cello, and Jacob Edwards, drums, are touring members of the band, with Kwon featured on recordings from 2007's Emotionalism and later.

Following on from Seth and Scott's former rock band Nemo, the Avett Brothers combine bluegrass, country,punk, pop melodies, folk, rock and roll, honky tonk, and ragtime to produce a sound described by the San Francisco Chronicle as having the "heavy sadness of Townes Van Zandt, the light pop concision of Buddy Holly, the tuneful jangle of the Beatles, the raw energy of the Ramones

Here is a link that will give you a good idea for who they are!

I chose to do a poster for their 2013 Indianapolis conert. They have not released a date yet, but the last two years they have played in October at The Lawn at White River State Park. I will drop in the date when it is announced, I don't play on this being a huge part of the overall design. There are so many super talented designer/illustrators creating poster for The Avett Brothers currently, my goal is to try and do something different. I want to push their limits and my own. 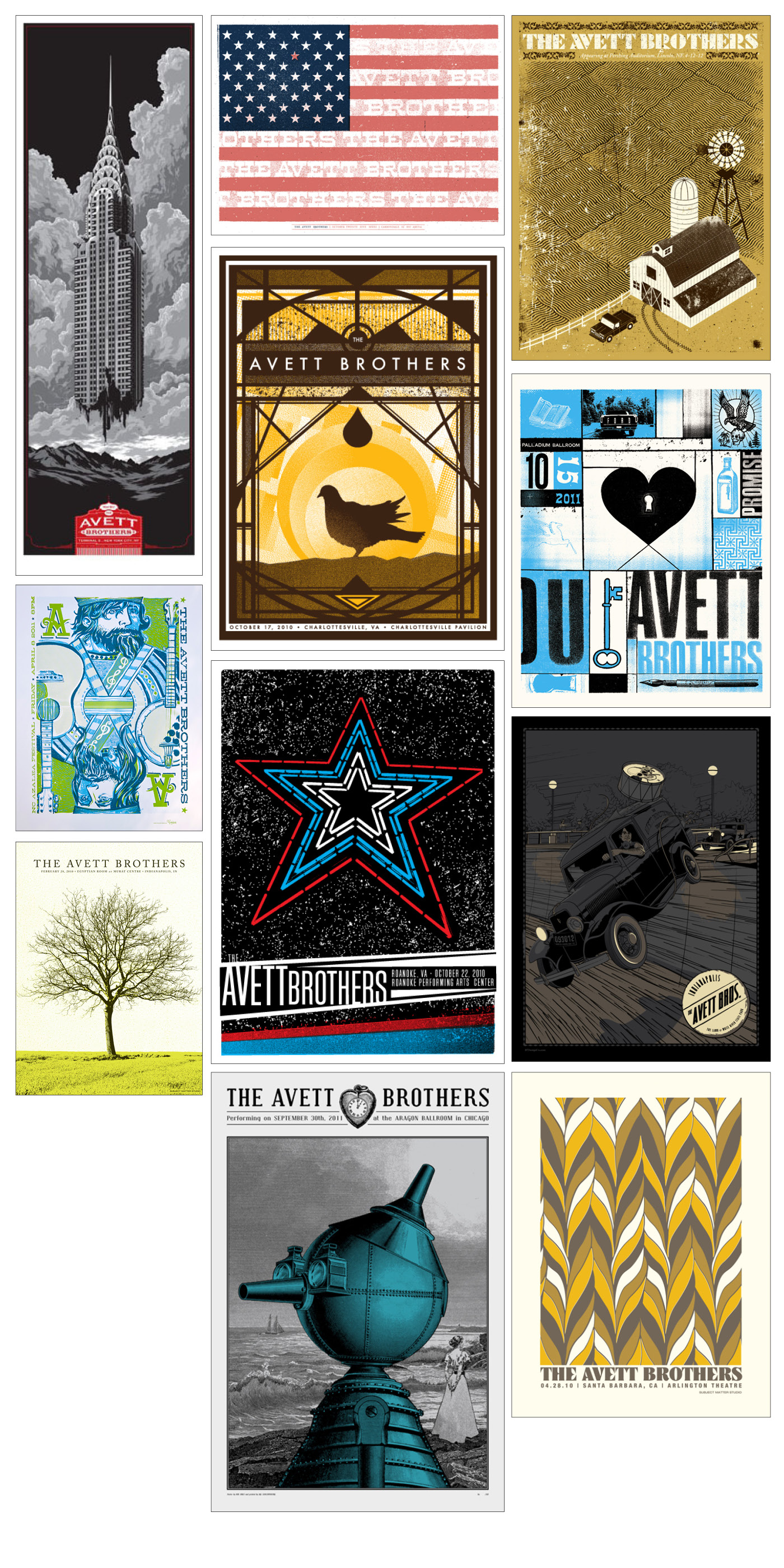