Type as Image: Draw and Hand-Letter Your Favourite Animal

I love bears so decided to choose that as my subject animal. I've never really been a fan of text as an image. It was an in-style when I first started out and always rubbed me the wrong way. I decided to give it a go to see if there was anything in this technique that would attract me.

Example of what I think of when type as image is mentioned; not sure why I dislike it so much but always felt like it didn't look good:

Here is my example image which I traced using baking paper from the pantry:

The traced image and typography place within:

This is where things started to deviate and the style of the initial bear began to be manipulated. I initially was just going to follow my trace and that would be it but I started adding different elements and came to this solution after taking it digital:

I wasn't done there as I think the most pleasing things I was attracted to about this technique was some of these images where they put the text within the design:

So I decided to encapsulate my typography morph it into my solid bear shape and have the text cut-out:

Conclusion; at this point I'm not sure which final result I find more pleasing. I am however pleased I took the class to explore this technique and get back to using tracing paper. It brought back a lot of memories as a kid when I would trace things and add to them as well as transfer graphite from the tracing paper to copy paper with the carbon paper cheat technique. It's good to get away from the computer, especially in this digital age. 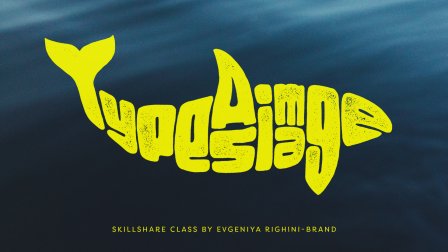