I have been watching Thomas Frank's videos for a while. Many of the topics dealt here I have already heard him speak on his podcasts/videos and other productivity podcasts (Cortex) and books (The Productivity Project, Getting Things Done). I got so obsessed with organizational systems and productivity that I wrote a book about how to be productive as a student last year.

I pretty much already used all the tools presented in the course - except that I use OneNote instead of Evernote.

Here are two new things I took away from this course:

- I signed up for Dropbox. I had a few problems with Backblaze last year, so I did not have an online backup for a while. Amazingly, one week after I signed up to Dropbox, my computer broke. Instead of panicking about my files, I just had to rush to buy a new computer, which made the situation much less stressful.

- I downloaded Camscanner (instead of Scanbot) and I have been trying to make it a habit to scan more of the papers I get and getting rid of unnecessary physical copies. 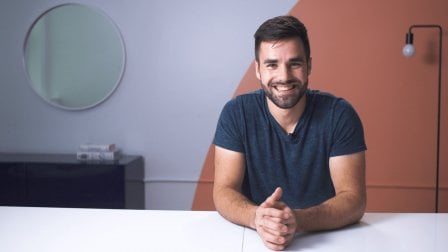