Turn my daughter into an Alien Princess

**** Final work at the very bottom. Wanted to share everything in order

Dress drawings 5 and 6 I used a photo refs not included. The method of the "Odd 8" really helps with drawing unique poses without photo refs but it is also incredibly helpful in drawing poses based on photo refs and getting much closer otherwise.

SELF CHALLENGE with the "Odd 8"

The following is just a unique pose I came up with originally based on the very dynamic pose Mr. Bancroft demonstrated using the "Odd 8". This gave me the idea of a similar pose. I usually don't do well with poses without using a photo ref but this one, using the Odd 8, turned out far better than I expected. I know it is far from perfect. I then pushed myself to try this pose again but from the other side. Also I have the hair flowing both directions (reason for 4 images). Realized it works either way. She can be flipping forwards or backwards. Either way... love the "Odd 8" method.

PUTTING IT ALL TOGETHER:

Now to put it all together... In same fashion as Mr. Bancroft I selected my Daughter as the subject. Here is my primary reference image from a trip to the theaters to see Ant Man.

Next I selected the pose 5 from my scratch work from above. My daughter's natural pose would have worked well, but I waned something a bit more exaggerated... and the face I drew on pose 5 was already close to hers.. all it needed was a Pixie Cut hair style. I then combine dress elements from pose 5 and 6 and Queen Amidala from Star Wars to make it seem more alien. I do realize the belt/sash thingy messes up depth... may fix another day. Just ran out of time. Here is the b/w inked result:

Not entirely happy with how things flowed but this exercise still push me outside my comfort zone.

Here is the colorize version. I wanted to make my Daughter an Alien Princess so I colored her skin a light blue-ish and chose dress colors that were "Alien-like" and hopefully compliment her skin color. Pallet selection is clearly not my strong point but it does look "Alien". I believe this outfit would look much batter in white... but was scared that may look like a cop-out on coloring...

Also, I removed the sash and modified the belt. Now the depth looks correct... to me anyway. I'm open to correction. 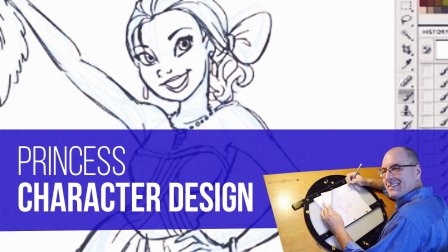