For this exercise (my first on Skillshare as a whole actually), I played Transformers, one of my all-time favourite video games, released on PlayStation 2 in 2004. Specifically, I played the first level (Amazon) on Commander (Hardest) difficulty after watching the opening cut-scene, and decided to use that as a sample for this exercise.

Here is my deconstruction:

Competency 4/5: On all difficulties, the game can be quite challenging due to the player character being vastly outnumbered by enemies during many of its battles, as well as the slight learning curve with the dynamic third person mechanics, but is extremely rewarding for a number of other mechanics (such as getting health from enemies) as well as finding new weapons and unlockables through exploration. A major point is lost for the inadequate melee combat, which is clunky and robs the player of any desirable close range combat advantages.

Autonomy 3 (+1)/5: The game grants players the opportunity to play as weighty robots in large, open, and exotic environments (the entire game takes place in remote areas, not cities). The player characters being able to transform into vehicles adds to the appeal of exploring said exotic environments. Bonus point for the game allowing fans of "Transformers Armada" (such as myself when the game first game out) to play as the 3 main characters from the show (at least at that point). A point is lost for gameplay restrictions.

Relatedness 2/5: The basic plot is that Cybertron gets taken over by the apparently villainous Decepticons and the Minicons reveal that they've traveled to Earth as a sort of McGuffin that could turn the tide of the war between the player characters and Decepticons. Very little context is given, thus most of the relatedness of the game comes from fanservice (ie. material within the game that would probably only please fans of the Transformers franchise in general). Extra point lost for the game being apparently very streamlined in its story.

Flow Zone: The game is a third person shooter where inertia is applied to movement (meaning movement speed builds to a point the more you move in one general direction, but stops when you immediately change direction), and enemies fire predicatively (meaning they lead their non-hitscanning shots instead of firing directly [outside of the first person mode]). This means that the player must find a dynamic balance of movement patterns and projectile awareness to survive firefights, even in first person mode, which is slow and doesn't allow the player to avoid many attacks. However, the player character has the ability to transform into a vehicle at any time and simply drive past a number of firefights, meaning the player generally has a choice of fight or flight. However, fights are often encouraged in the design by occasional confined areas and vehicle-restrictive terrains, where the game is at its most challenging, as well as instances where the player must obtain unlocks by exploring certain areas that may have enemies. As mentioned, a negative to combat is the lack of proper melee combat, which means the game is reduced to nothing by firefights generally. That being said, all of this happens naturally within the game, as once a level is loaded up, there are little to no interruptions by scripted events, transitions, or cutscenes (in the case of Amazon, there was only one cutscene before the level's boss] and a few instances where the another character would pause the game to call the player character, though the latter was optional). To me, this objectively means the Flow State of the game was consistent, in that it had peaks of intensity in certain moments, but could be calm in others.

The 8 Pleasures Present (based on the first level alone):

1. Sensation 5/5: The game has absolutely beautiful graphics (especially for the time) and amazing music that even dynamically changes to suit the intensity of in-game combat, much like in the more recent Doom (2016).

2. Fantasy 3/5: While the game is set in the real world, it is set in exotic, remote regions, such as Amazon, much like the show. A point is given for being set in the Transformers universe, albeit loosely.

3. Narrative 1/5: There is little to no story or context. Mostly just fanservice.

4. Challenge 4/5: The game can be very challenging at times without much deviation from an appealing flow state. Slight difficulty spikes and the ability to avoid many skirmishes do lose it a point here, though.

5. Fellowship 2/5: There's little reason to play the game besides by yourself. Even if you played it with other fans of the "Armada" TV series, going by the first level alone, there isn't even enough fanservice outside the opening cinematic. Personal Note: I really wish the game came with a co-op mode.

6. Discovery 3/5: Not necessarily in terms of the game's world and lore, which is shallow, but more in terms of exploring the beautiful environment(s) to find rewards in the form of weapons and unlocks.

7. Expression 2/5: Only really exists in being able to choose between 3 characters (of which 2 are given almost no personality in the game) and being able to customize weapon loadouts. An extra point is lost due to the lackluster melee, which discourages players from getting "up close and personal" with enemies. The player can drive into enemies during combat, but this is tricky with any character besides Optimus Prime.

8. Submission 3/5: As mentioned, there's little narrative to the game. But it is easy to get lost to the beautiful environments and instances created by great music and challenging combat.

Overall: Transformers on PS2 remains as one of my all time favourite games for its unique third person mechanics, tense but dynamic combat, fantastic graphics and music, and the unlocks, all of which can be seen in the first level alone. But where it suffers is its lack of much story or context, the potential brevity of driving through several levels, and the inadequate melee, which reduces combat to nothing but gunfights generally. 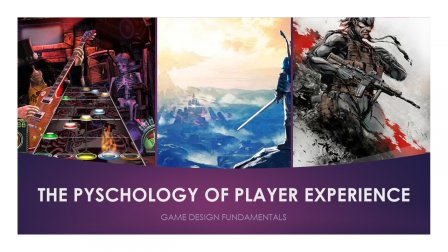