Hi, everybody! So, for my project I chose one of my favorite bands, Death Cab For Cutie (<3), who will be playing their whole album Transatlanticism next September to celebrate its 10th anniversary. This album means SO much to me, and when I visited the band's page to check it out I found this poster:

Yeah, like they just took the album cover and changed it up a little bit: 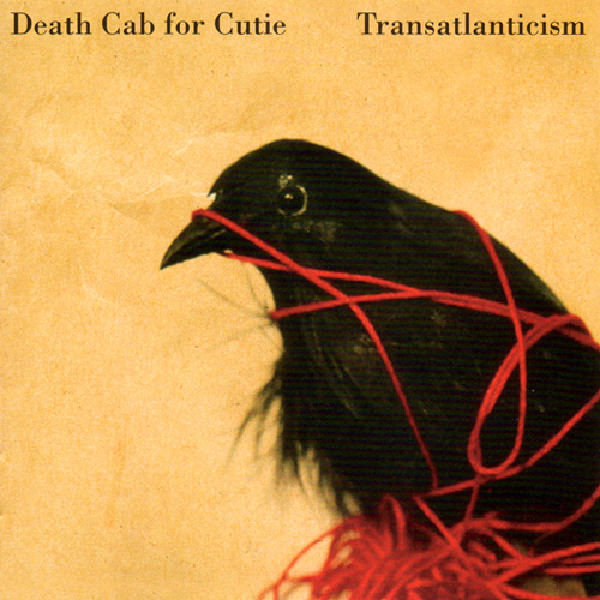 As much as I love that cover, I think they could have done something way better. So, I thought, why not make that my project? And so far, I've come with this: (I was too lazy to sketch it up the old way, sorry) 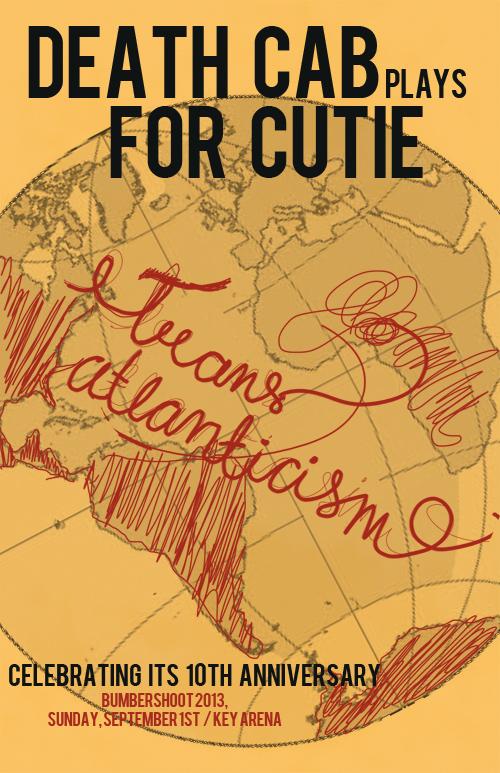 I want to play with the yarn that surrounds the bird to form the word Transatlanticism with it, as well as the countries. It's starting to sound a little bit ambitious but I hope I can pull it off. Not sure about the use of these two types, I might change them because I think they don't look that well together. And not sure if I should leave the colors as they are or make something absolutely different. What do you think? I'd love any kind of feedback, I'm just starting so I'm really open to change it up. And yeah, I'll update my progress and stuff, thank you for reading (:

This is what I've got so far. I don't think it's quite finished yet but I would love some feedback. 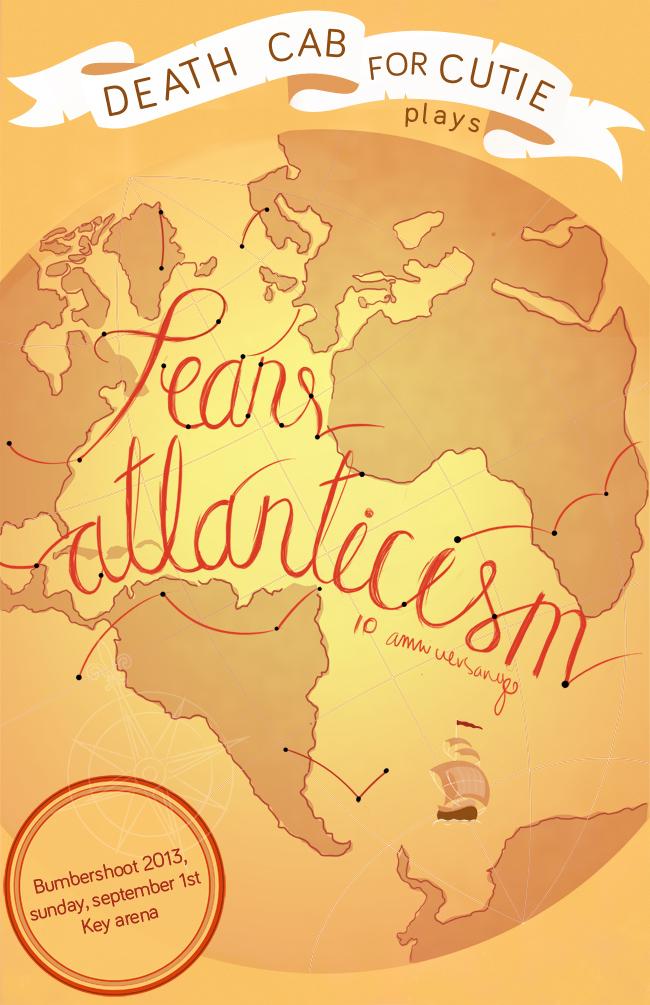 Sorry I wasn't able to post more updates, but I worked on my idea and decided to add a few elements like those in antique maps. But I have to decide what to do about the part that says "Bumbershoot 2013"... And I should fix the part that says "10th anniversary" but I think this pretty much is how it will end, I'll just make a few changes based on your feedback. Thanks in advance! 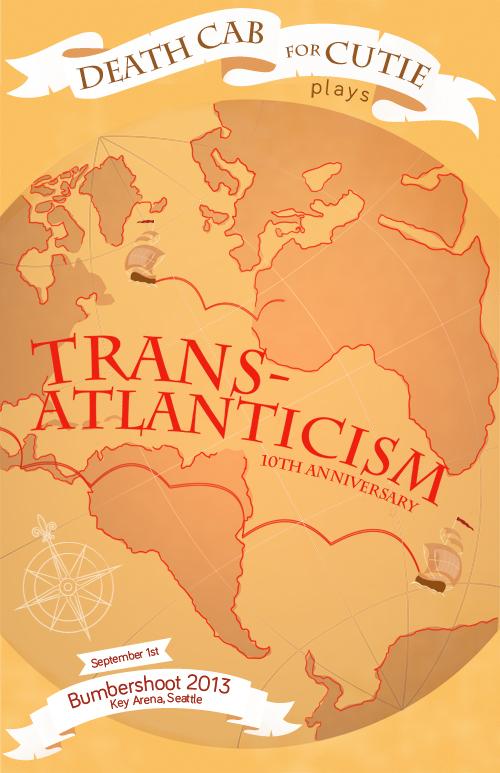 I gave op on the idea of the thread wrapping the lettering... believe me, I tried it several times but I ended up frustraded and almost giving up. Soo I chose this one instead because it gave me more that piraty look that goes along with the map idea. I thought the banner at the bottom should stay with the old font because if I used the new one it could look like too much. But that's just me. Oh, and it looks a bit strange in here, I don't know why, but you can give it a proper look here:

Thank you for all your help, you've been great! Hope you like this.