She spoke softly in to the man's ear, "If I wanted you dead the I would have killed you." He thrashed at the cloth linens binding his hands and feet to a wooden chair, and writhed his tongue at the rope in his mouth making corpulent noises. Sweat poured from him like an over eager junkie.

She took a second to pause in this position, crouched down to his level devilishly piercing him with the periphery of her gaze. Like daggers shooting into him his eyes opened wide enough to see more white than a sheep's ass.

She chuckled softly and wondered if she would even have to try to torture this man. She stood up revealing the crackled moonlight through the broken vents in the warehouse ceiling. Her long slender body rising was sleek and beautiful. Her hair touched the back of her thighs, she had no intention of it getting in the way. She wore a black corset with neck bound chain link covering her breast. Fish net stockings and black boots up to the knee filled out her seductive features, and the not so subtle globs of red paint marking X's across here eyes completed the bewitching look.

She walked around him one time slinging her backpack off of  her shoulder and onto the floor once she came around in front of him. The backpack was a bright red, the color of blood and it had drips running down in it in a slightly darker color of red, which very well may have been blood. She unzipped the bag slowly, locking eyes with the bound man and watching the seconds crash like thunder in his humongous pupils.

In the main compartment of the girls bag were a plenitude of different devices and items, all of which had a menacing feel to them. The item on top was a spike ball mace with a long black handle and two spike balls connected to the handle by chains, but the spikes were not made of sharp metal rather dull wood suggesting that this item was not meant to kill the victim but maim, injure, or interrupt them in some way. The girl moved this item to the side deciding it wasn't the right one. Beneath it lied two triangular pads, each with a short red handle on the back, and on it's flip side, sandpaper. It seemed to be a rather fine grit, possibly 200, one that was meant for taking the skin off. She dug deeper. A long leather whip lay coiled at the bottom of the bag like a python, and the handle judded up through the other items. She shoved this to the side looking for the item that the man had requested for his torture. In the bottom left hand corner a small devilish looking device called the star claw hid from her. She retrieved it, "ahh there it is."

The star claw was an arrangement of 5 tiny sharp blades in a star formation judding out from a handle with a trigger device. Pulling back the trigger device closed the blades together and the girl did just this a few times in slow motion again locking eyes with the man who's sweat now ran profusely down his brow.

She approached him still flicking the star claw trigger and went in for the incision in his upper chest near his shoulder. The man in a freakish act of disobedience shook himself violently knocking himself to the floor. The chair met cement with a great thud and the man groaned loudly.

"What the hell?" The girl screamed, now moving with a genuine quickness. She ran over to him and pulled the cotton from his mouth.

"Shitzu! Shitzu!!" He screamed, like someone who had just witnessed a murder calling for help.

"Oh god, are you serious? I was just getting warmed up!"

He took a few seconds to gather himself and spoke reluctantly to the girl, "this went way deeper than I thought. This isn't what I wanted." Terror was laden in his voice.

"Well the next time you surf the internet for sadistic French girl, you might want to read a little further into it cupcake. Such a shame that a married man of your stature would go all of this way to shame his family and not even follow through with your disgusting fetish."

The man lie on the ground depressed and sobbing into a puddle of his own soul. "Look, please, I didn't know the extent of your craziness, this isn't what i signed up for."

"You should've seen under my header that it said 'Extreme Torture', if you don't like it hon, I'm afraid I don't offer any other services."

"Well I'm not paying for this, this is what I wanted so just untie me and we can part ways. Forget this happened."

The girl took a large red lollipop from the front zipper of her backpack, ripper the wrapper off and popped it into her cheek. "Aw well isn't that a bummer. You just aren't in a position to negotiate terms of your release are you."

"Hehehe, good luck with that one bud. Try getting them to catch a fake alias of an internet personality. You know I don't keep the same account more than day."

"You're a wicked woman. What...what are you doing?"

She walked over to the man and slid his phone out of his pocket.

"Hey, hey put that away. Don't you dare!" he exclaimed.

"Hmm, bank accounts, ohh how sweet you have your password saved on the mobile app. Hmm, ok, how does 600 sound? Would that appease you for my services."

She sent the payment to herself via venmo then slid the phone back over to the man under his nose. She took a small knife from her bootleg and cut one hand loose. "Here, that should give you enough time."

"You can't leave me here. You'll be caught. gahhhghh"

The girl zipped her torture pack and slung it back around her shoulders. She walked straight for the door as the man watched sideways from his chair. She made sure to give him a sly wink and walked right out of his life leaving him writhing on the cold cement. 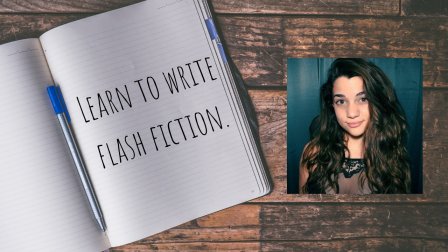