My cat doesn't listen to me.

Today I noticed that as much as I proclaim to be a loner that I don't much enjoy being alone.  MB is away on business and I am on vacation which means that from the moment I wake until the moment I go to bed tonight I will have said nothing of substance to anyone.  Shopkeepers and cats don't count, although certainly the cat has been the object of my unburdenings, but honestly, I don't think she listens. Her ears cock and she wears an expression of disdain, but I think she just sees a bird out the window.

Why does this discomfort with my enforced silence surprise me?  I love to brag that if I didn't have to talk to people at work that i could go for weeks without speaking.  Where did I even come up with that? Here I am, ten hours in and ready to scream.  Is it the nature of the silence?  Just the sounds of house settling, that ambient hum of electricity thrumming behind the walls, my own tinnitus reminding me of noises past.

MB, a few states away, will call soon and no sooner will the phone start to vibrate than my voice will burst forth--in complaint of my sad, warmed up quiche for dinner, my cat's lack of interest in my take on the Falsettos soundtrack, my desire that MB come home.  Home to do what? Well, watch Law & Order, if you must know, because it's no fun to heckle without an audience, without a foil to play against.  Is this, then, the point:  what are we without someone to reflect us back?  I am, still, me and yet I feel less than for lack of a friendly (or unfriendly or even just sentient) ear.

Noiselessness and loneliness sound almost the same if you slur them just right.

Rampant doesn't even begin to describe it

Today I noticed the word rampant, not a word I should be noticing.  I blame Michael Cunningham.  I was reading By Nightfall a couple of years ago and he used the word rampant to describe some youthful behavior of one of his characters, and I liked the sound of it, liked that I hadn't read that word much or in that context.  I looked it up in the dictionary to get its literal meaning vs. metaphorical or contextual sense:

rampant: marked by a menacing wildness, extravagance or absence of restraint

I was, by now, in love with the word--*menacing wildness*--swoon.  But then I saw it again later in the same novel and then again reading his next book, The Wild Swan, twice more. I spotted it and mid-swoon, I caught myself.  This word I had fallen in love with had transformed from a lovely little jewel of a word into nothing more than a writer's tic.  Did Cunningham fall in love with this word too?  Was he still swooning?  And if he was, where was the editor to rein him in?  His rampant use of rampant felt like a betrayal.  Menacing wildness, indeed.

So when I read the word rampant today in another book I did not feel that magic of recognizing the perfectly chosen word, but was merely aware of being aware of the word.  I noticed where once I might have marveled or sighed in satisfaction.  I still love Michael Cunningham; he's given me so much more than the rampant he's forever sealed me off from.  I just wish he'd stopped at one and left me in bliss. 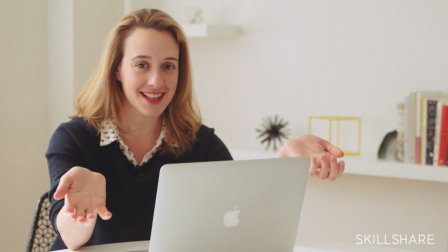