To Kill A Mockingbird

I have a dog named Atticus. He's a pocket beagle and his mother's name is Scout.

We live in our home with my husband in Tacoma, Washington. He is a video producer/editor.

I love design but have never learned how to use Adobe Illustrator. I'm also a photographer and have an affinity toward midcentury decorating. Our house was built in 1961. I like beets, pizza, grapefruit Izzys and good coffee. This last book I read is was Ben Carson's autobiography.

This summer we're getting another pocket beagle puppy. Her name is Charlotte. After the sweet and intelligent spider, of course.

To Kill A Mockingbird was first published in 1960 and won the Pulitzer Prize in 1961. If you haven't read it since you were a child, you should try it again. We are currently reading it aloud and thoroughly enjoying the wit and honesty of the characters in the warm southern town of Maycomb, Alabama.

Original Artwork below was designed by Sarah Coleman. 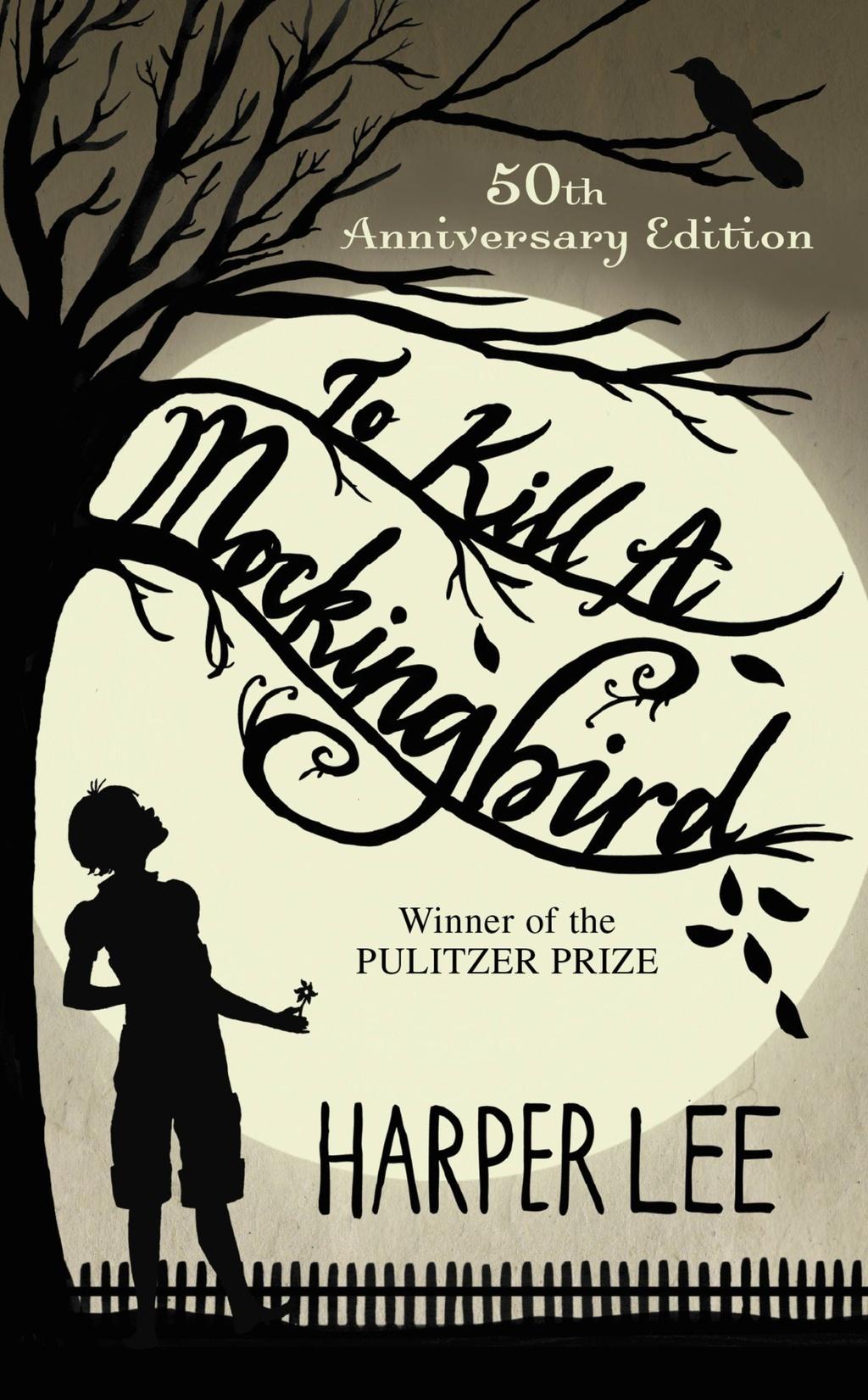 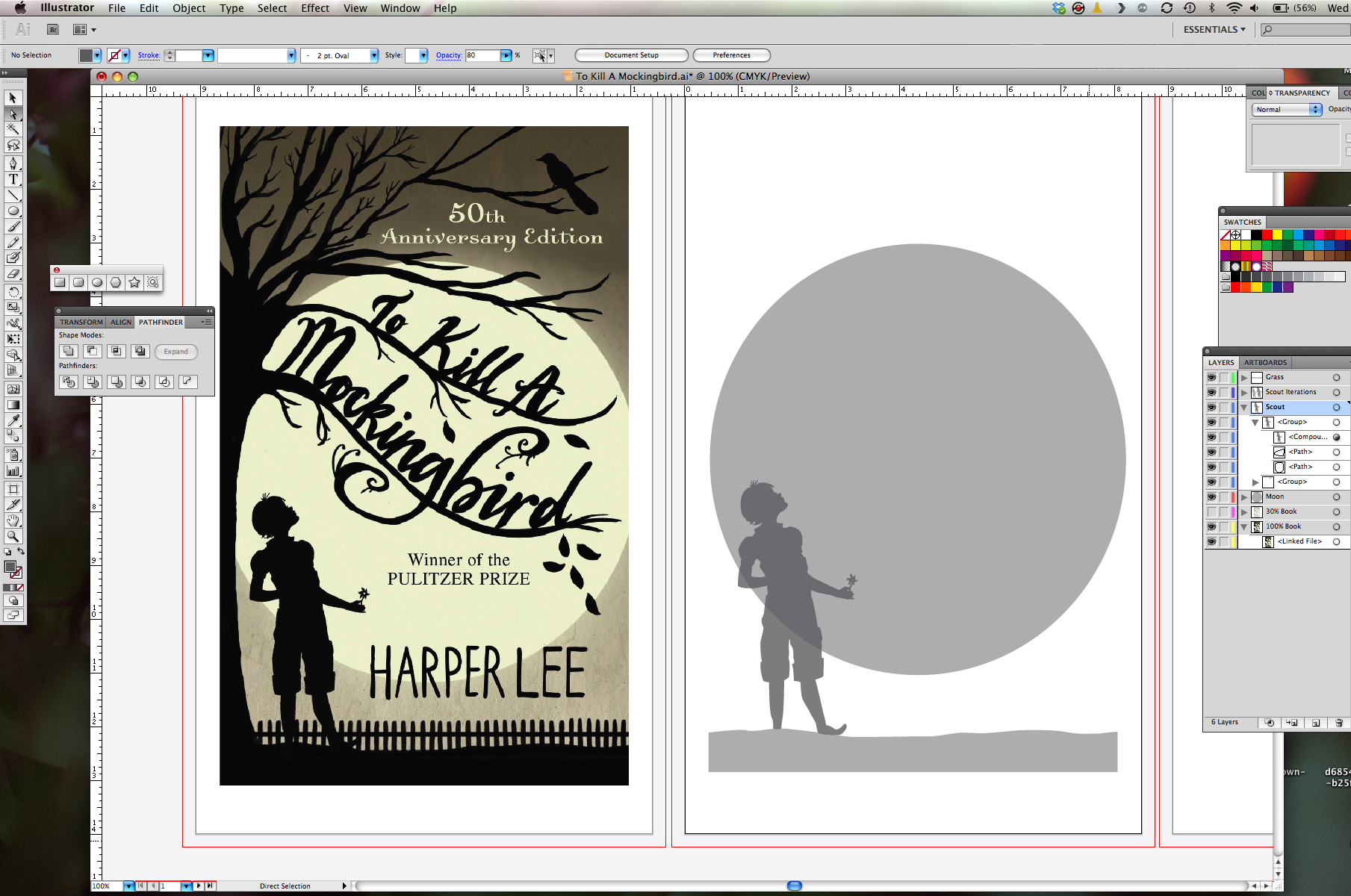 After watching the first four videos, I started out my project by drawing Scout, the young girl. I used the pen tool to create her. I also used the pathfinder/trim tool to cut out the hole in her elbow area and the center of the flower.

I am really pleased with what I've done so far. I have always been very intimidated by the pen tool, but using a few tips - such as creating a crude outline of points first and then using the anchors to adjust the points was very helpful. That is how I drew Scout. 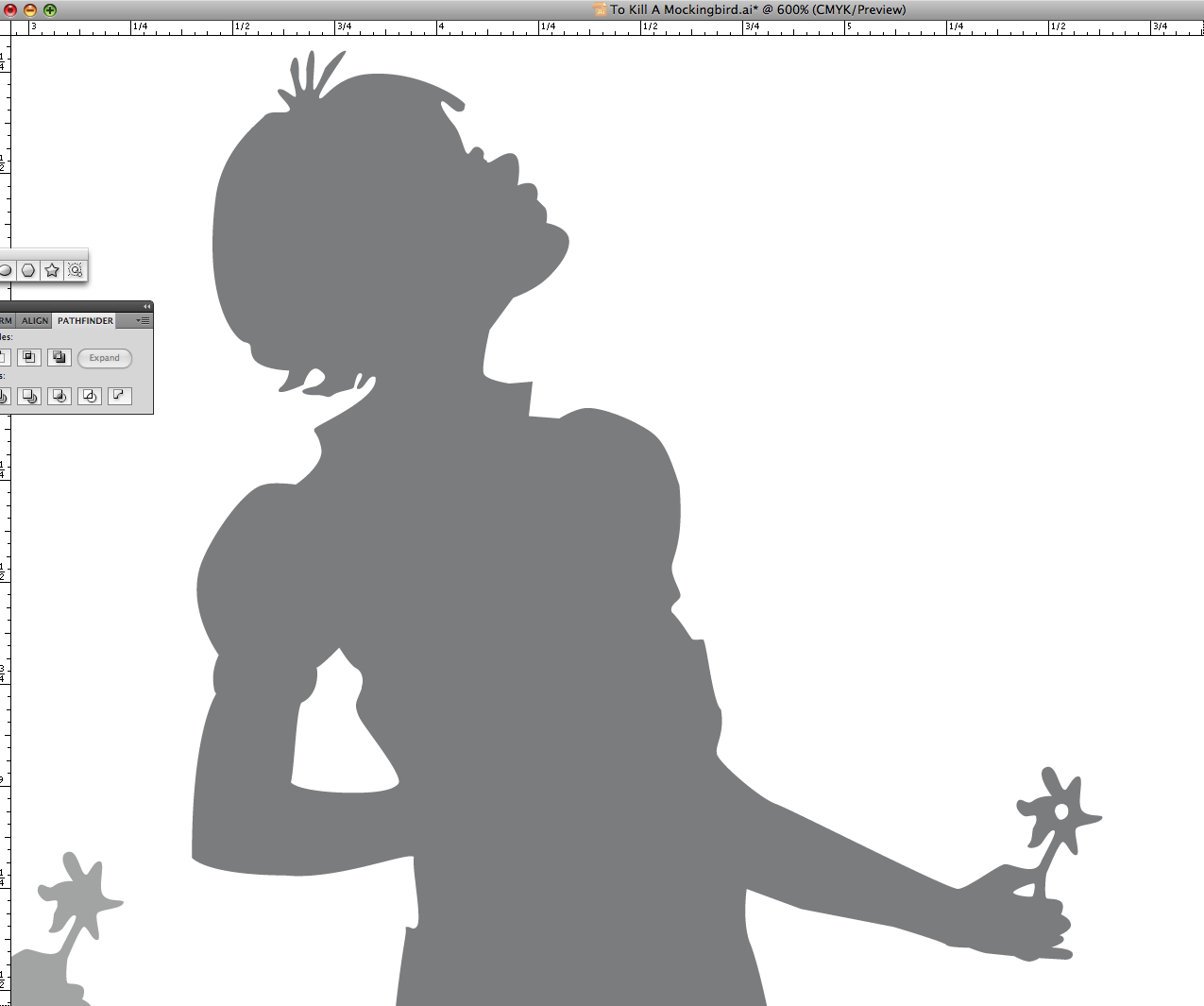 Getting a little closer. The tree is taking me a lot of time. I started with a shape for the trunk but I'm now using the blob tool for all the little branches. (So much detail = So much time!) But I have to say, I am in LOVE with the blob tool. I have never used it before, but I love the way it smooths lines and creates shapes. I usually do a rough "coloring of the branch" with the blob tool and then adjust individual points and anchors for more accurate detail.

I've also added the little fence and Harper Lee's name... Most of it I did with the blob tool and a line for the fence. I'm really pleased with how it's coming together! Now, if only I can use these tools to create something original. :-) 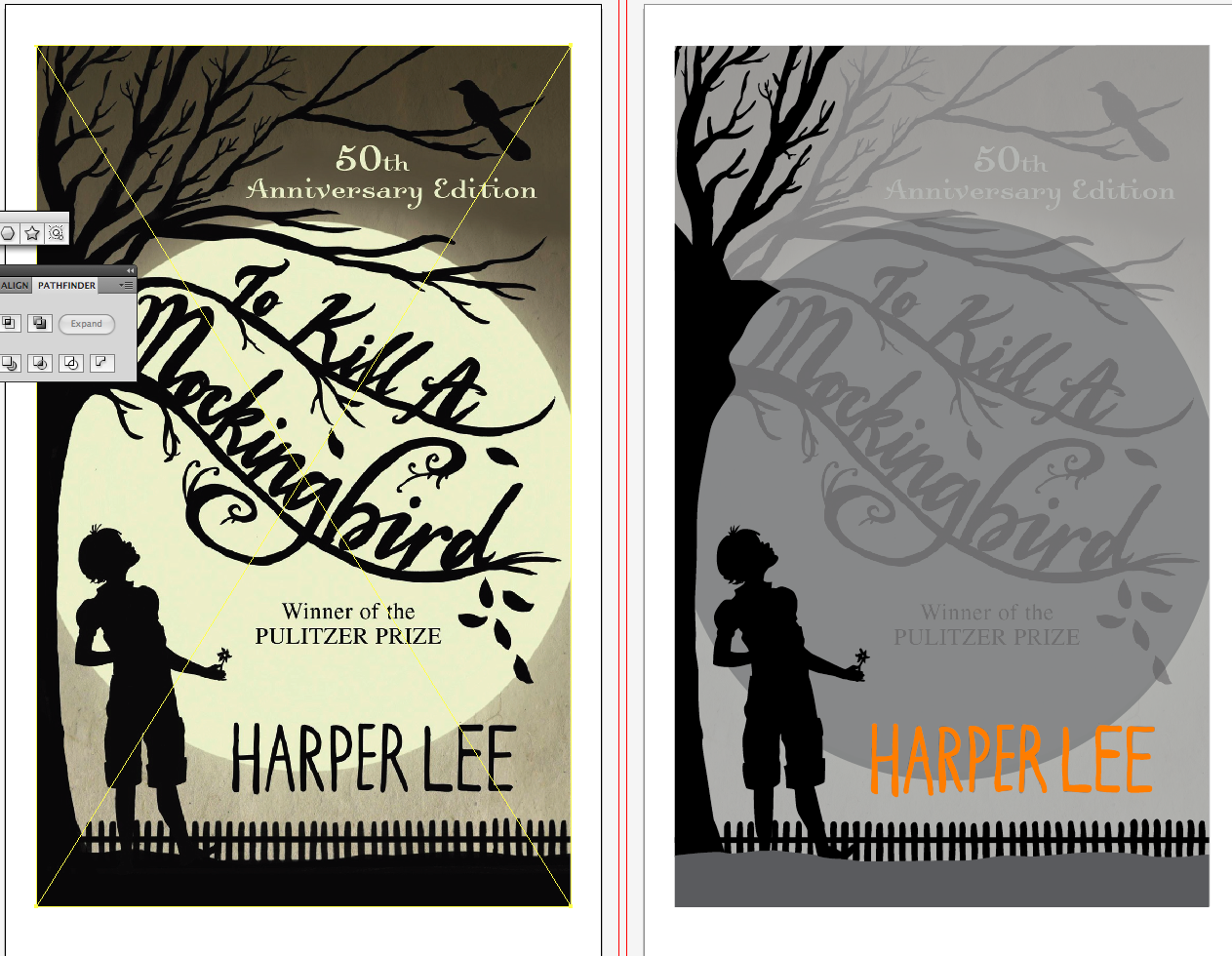 I'm getting closer! Finished the tree and the title tonight... Phew! Feels good. Need to fix the colors and add some texture...

BTW: This is after watching the first set of videos. I haven't watched any in the second module yet... 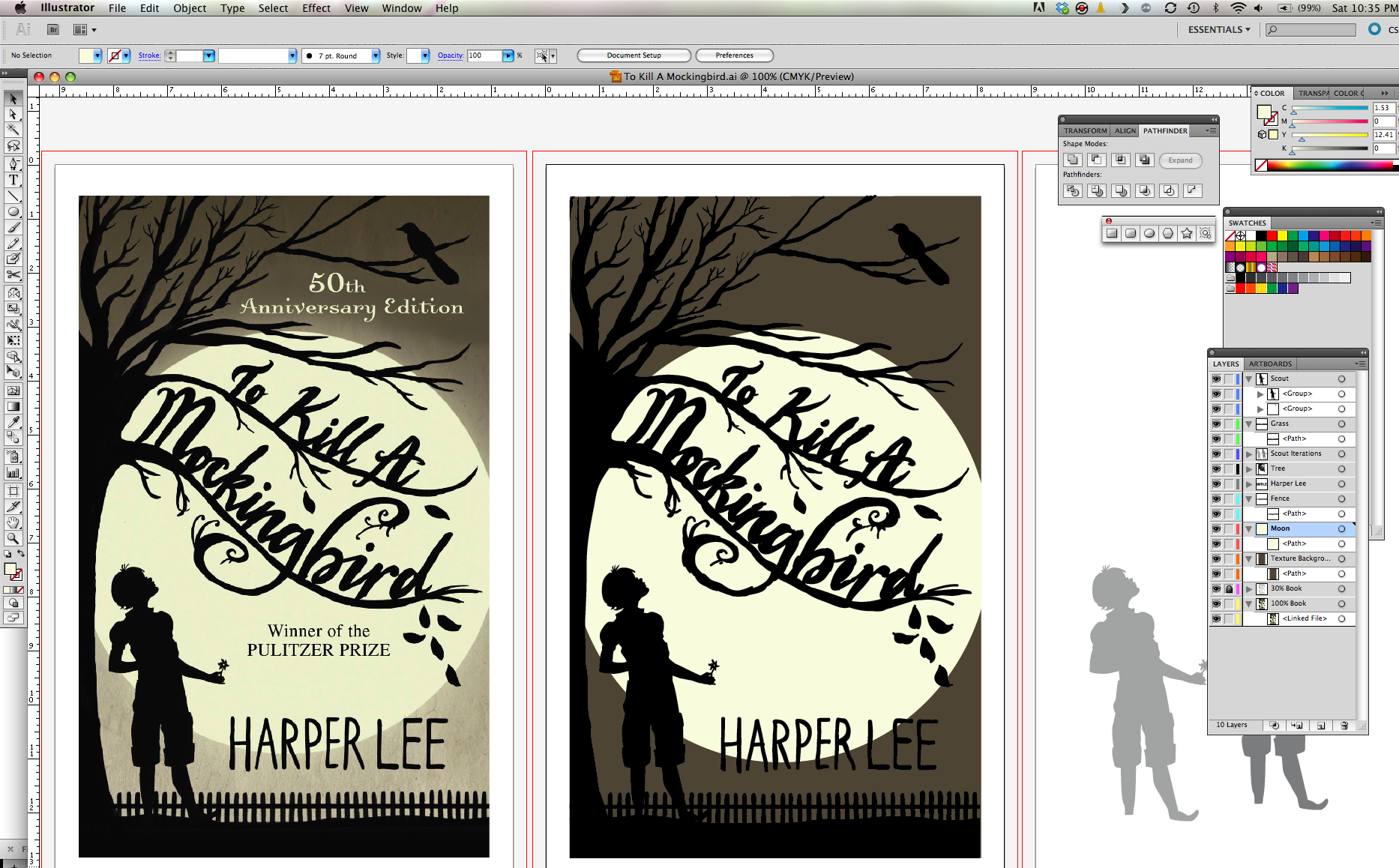 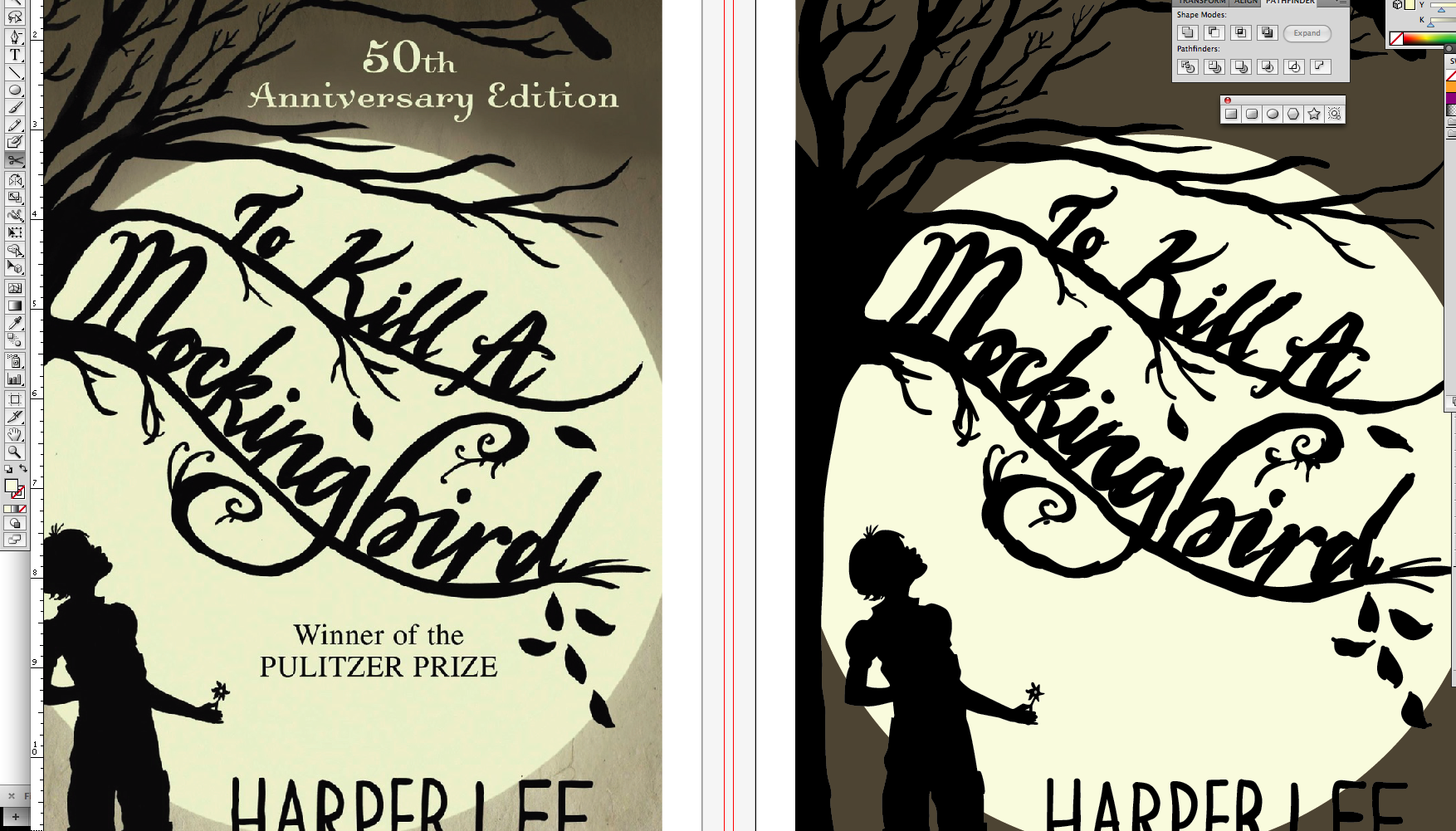