Apologies in advance as I went slightly off brief with the project idea and ended up using a long tedious car journey with iPad, Procreate and Apple Pencil in hand to create what should’ve been a short bouncing ball animation with a tail following it. Good intentions and all that!

However, as per usual with my ideas, it ended up as something different, and in this case this meant I’ve subsequently created a variation on the project outline, it’s still an animation of a bouncing ball, with the main change being that it’s one featuring a quirky, but friendly character, known affectionately as Timmy Tail, who just happens to also be a ball bouncing his way through the scene.

Using Procreate’s new Animation Assist feature rather than Toon Boom, I’ve still used the principles Meghan outlines in her class, separating the tail from the ball, with each frame now consisting of a group of two layers.

Version 3 sees an improved character arc, no more pause after I'd put a hold in Procreate for some reason (maybe dramatic effect, but took it out - music matches better anyway now) and included more squish tail exaggeration. Meghan's invaluable series of feedback screenshots were an incredible help!

Now, thanks to some great critiquing from Meghan, I've updated my Timmy Tail animation following the ideas fed back to me. Version 2 of the animation sees less drawings and more concentration on squash and stretch etc. Still working on making it look even more dramatic. Enjoy!

In Version 1 - This was an animation with lots of drawings, too many in fact! So as well as this you’ve got a pause for dramatic effect, slight exaggeration, squash and stretch, plus final character timings at 24 frames per second, edited in iPad video editing app, Luma Fusion, essentially to find the right audio I sourced and matched to the tone of the animation, rather than changing the animation sequence itself. 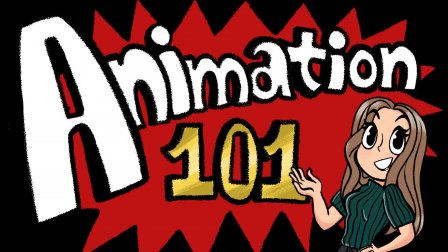