One of my favorite things to do is run around the pond. (Action frozen)

I used a 2.8 apacher to be able to get a 2000 sutter speed.  My subject was so fast that I needed a really high sutter speed to freeze the movement.  I also has a farly high ISO of 800 as it was a clowdy day and relitivly dark.  I then used my contimus shouting mode because he was so fast I'm miss things otherwize. 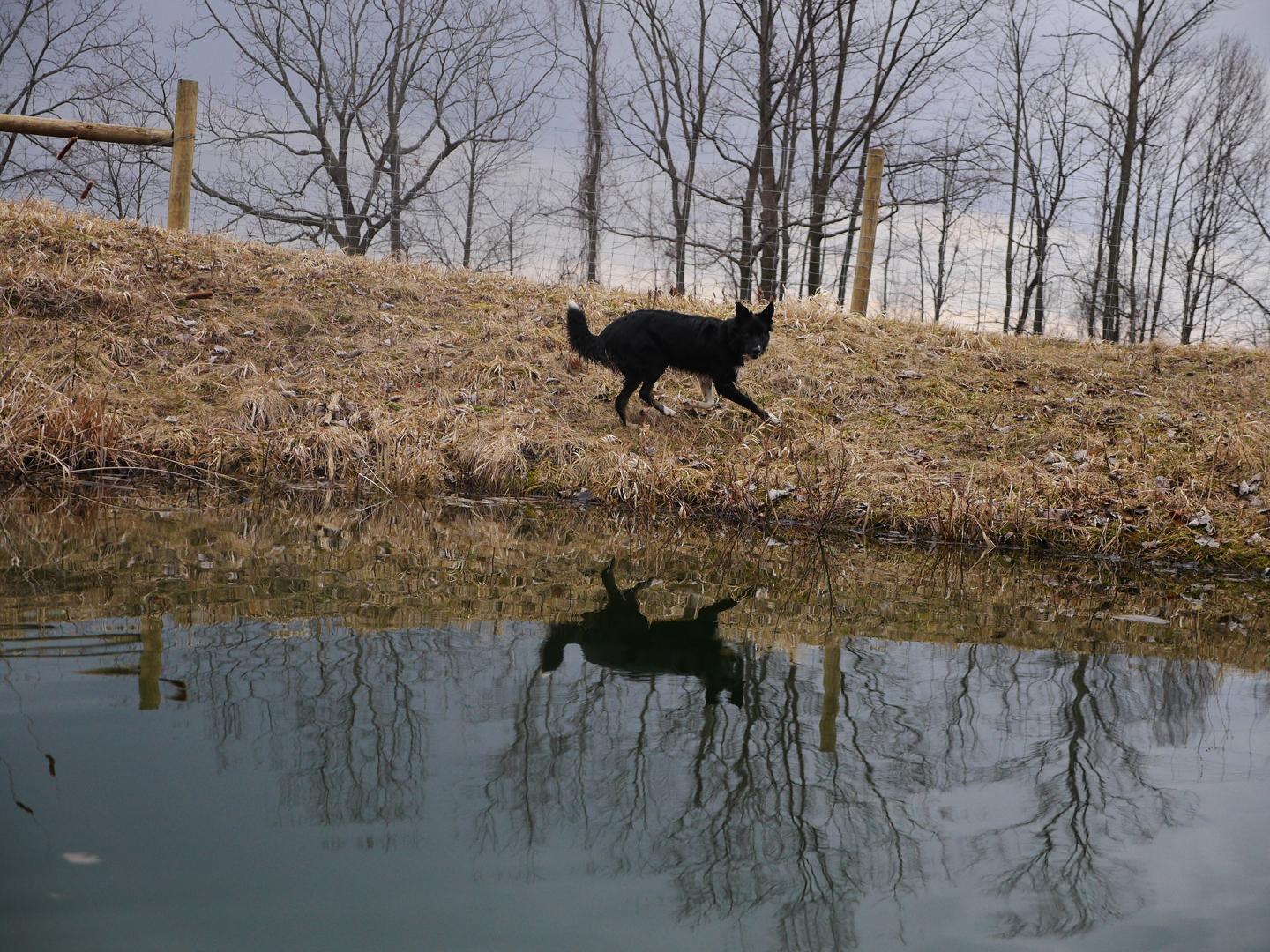 After running around the pond I am full of energy! (Action blured)

I had apacher of 3.5 and a shouter of 50.  My gole in this shot was to freeze the subject and blur the background.  My timing is a little off, but this is the best one.  It seems like part of him is in focuse.  I wanted to get a side  agle but every time I moved he moved in relationship to me. 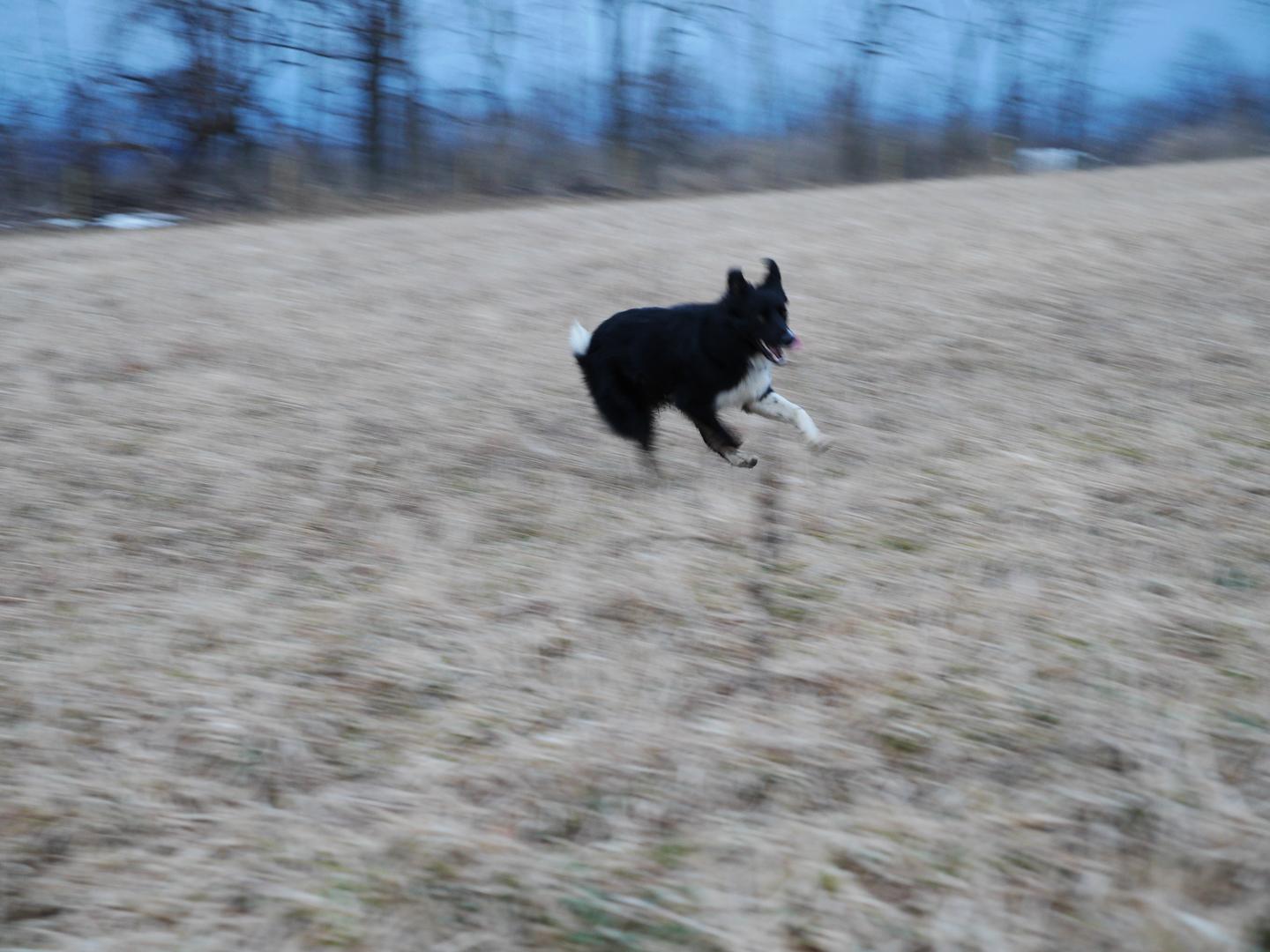 That dog has too much energy... I think I'll take a nap (Background under exposed)

I focused on the sky and adusted my apature ans sutter speed until I liked I  the sky looked.  This one is apature 22 and sutter speed 320.  I wanted the apature closed because I liked how the clouds looked when they were a little sharper.  In this photo I actually did not use flash wecause the sun came out on the other side right as I was taking the pictue and it alumanated the cat.  My flash tended to over expose the cat making him look whiter then he really it. 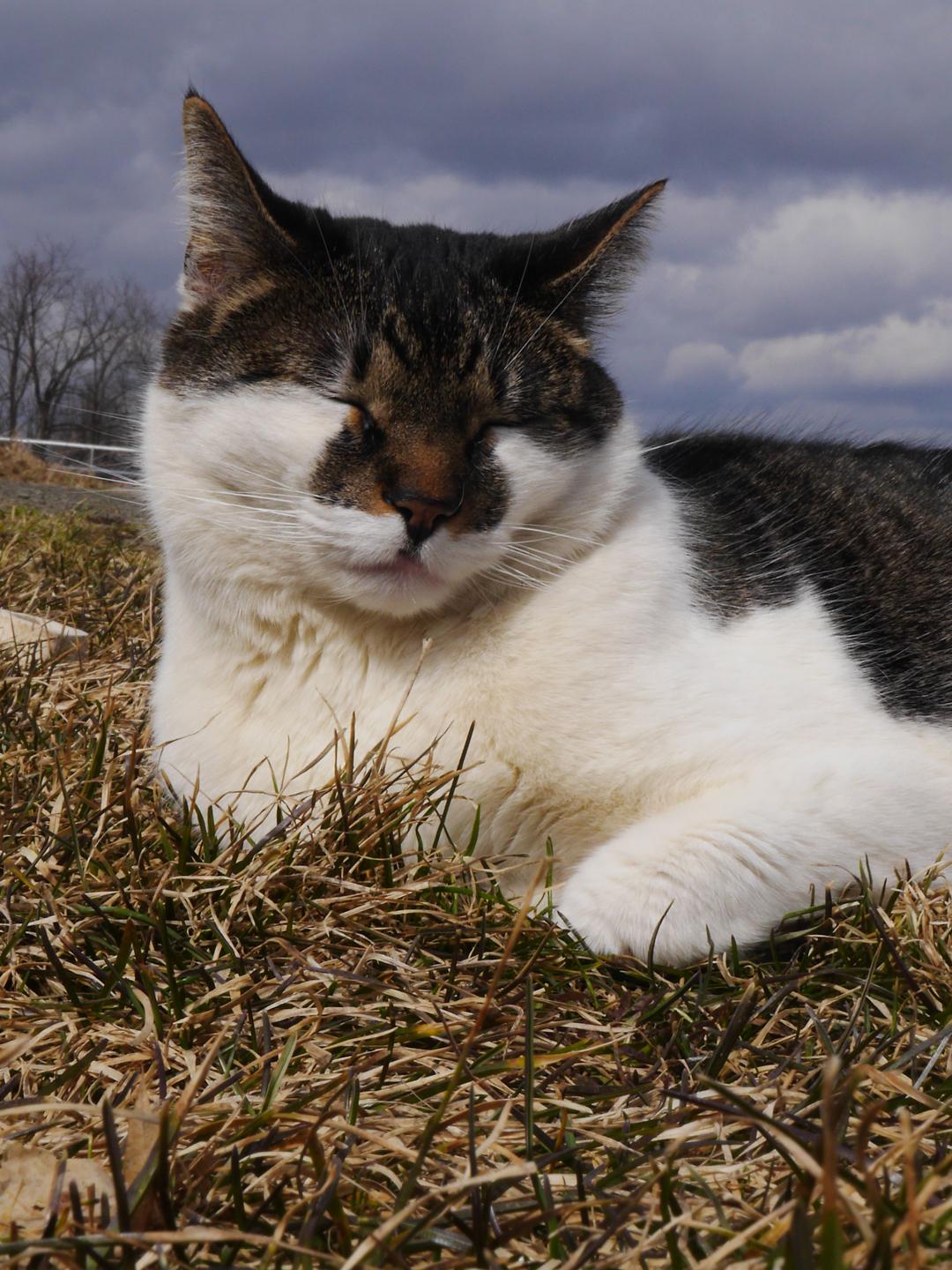 I refuse to go outside.  I'm much more refined for that (Silhouette)

On this one I ajusted the background so that the cat was mostly black.  I used auto focuse with my subject because they kept moving, however it was dimly lit in the room and it was having a hard time focusing.  I kept my apature relitivly low at 4.5 and I zoomed into my subject to blur the background.  My sutter speed was pritty hight at 800 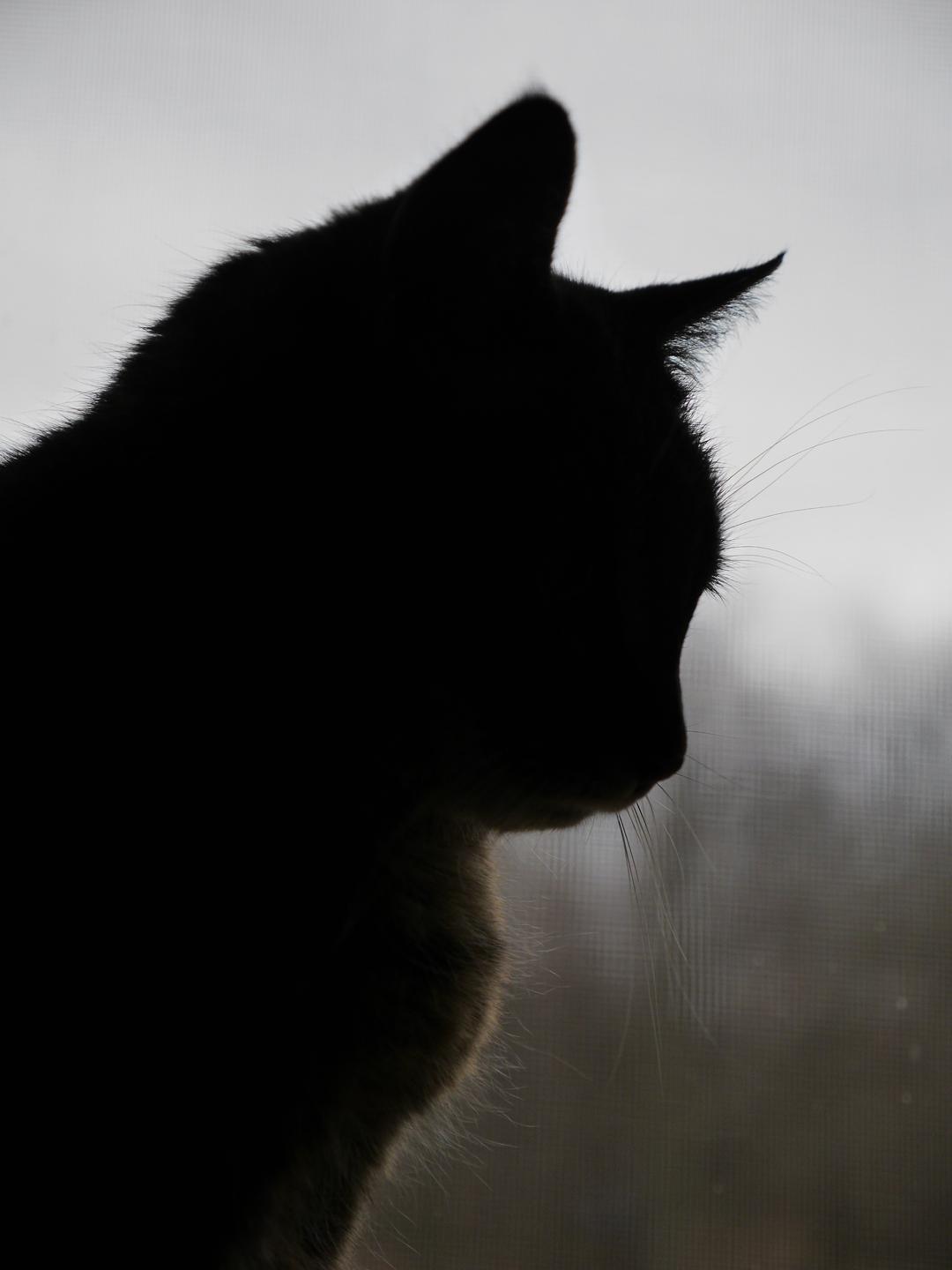 (Golden Mean)  I lind up the different parts of the cats face with my grid bars on my cameera.  My apature was 3.2 as I wanted to try to get both eyes in focuse but I also wanted the background fuzzy.  My shutter speen was 20 and I had my camera on the bed to stablize it.  My shutter ISO was 1000 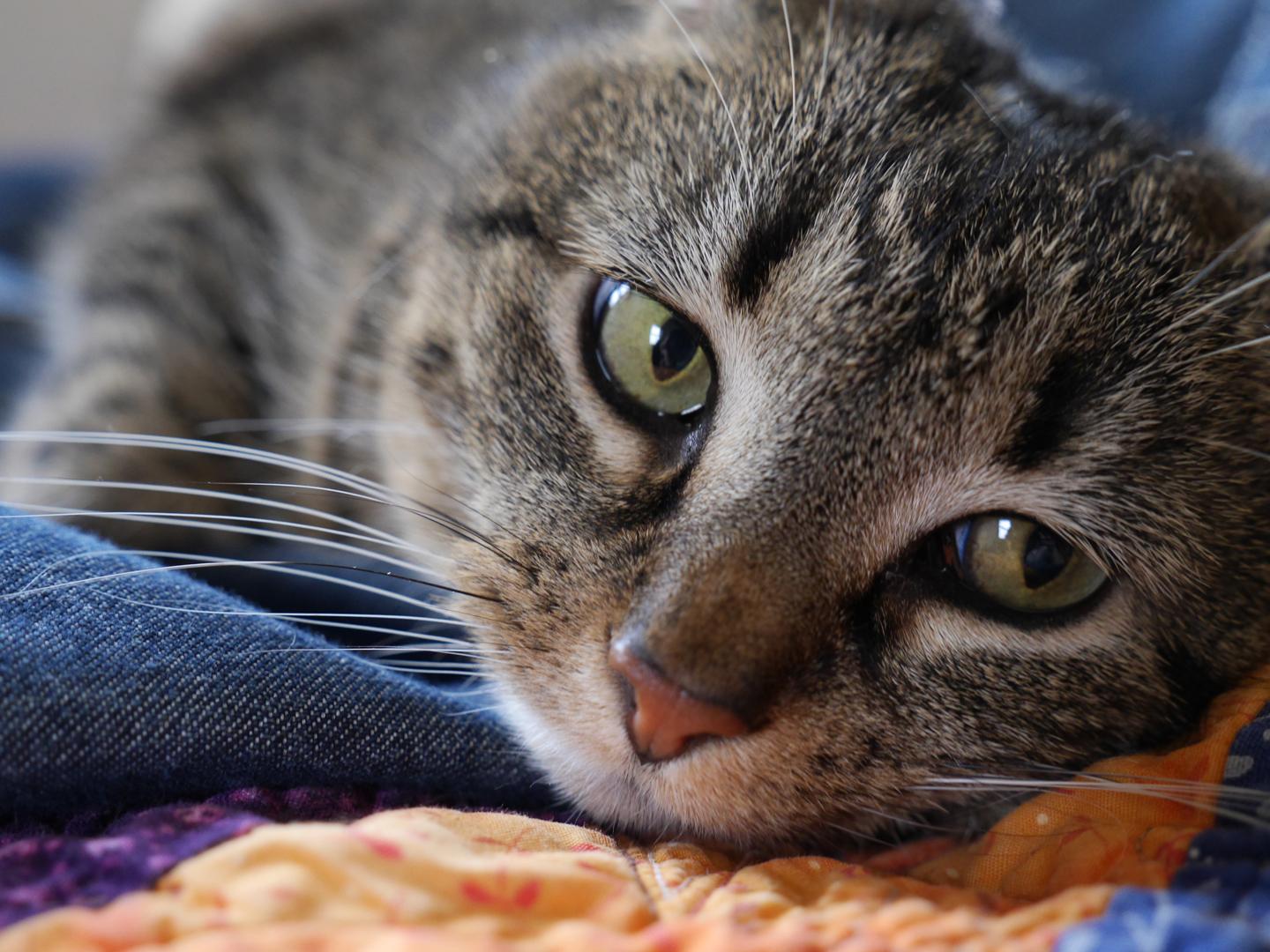 What I learned is that taking pictures of pets is hard.  Espeshaly action because at lest my dog runs really far so he ended up being a little dot in a lot of the pictures.   It probably would have worked better if I had a lends that was 35-100 rather then 12-35 because then I could zoom in more. 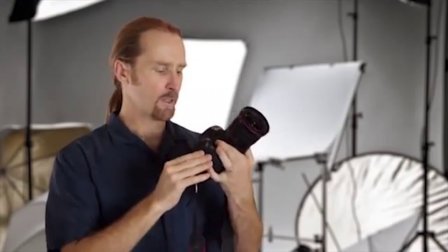