There is no winning in war

Time is ambiguous. In times of warfare, time flies as if it was a little feather, traveling on the gusts of wind. It travels quickly and carefree. Nothing on its mind. But not this time. This time, time lasted eternities. Not one. Not two. Possibly three. It was as if the world had stopped. It was as if I was stuck in time. The feather got stuck between streams of wind, keeping me in the same spot as I was a few seconds ago.
In my reality, I was in this moment forever. In my allies’ realities the moment lasted probably less than a minute. So, this is what happened. This one moment I was standing in the middle of the warzone. I was tired. Not mentally tired, but physically. We had been at this for days. Only six people, including myself, showed up at our side of the fight. I was in a run, kill, defend, repeat kind-of mindset. But I was so tired. My feet were hurting, my legs were burning, it was getting harder to breathe.
My body was running on its last energy resources, resulting in my body acting on its own. I couldn’t think about my actions properly anymore. And it was all of this that led to this one moment. This moment where time stopped. This one moment I was bending down to disable the ticking bomb that laid in the dirt in front of me. The next moment, the roles were reversed. It was me that was laying on the ground. It all happened so quick, but it all happened so slow.
While bending down to disable the bomb, I focused on the bomb completely. I didn’t look around me. It was the bomb and me. It was almost as if the bomb represented everything I had ever wanted out of this life. As if the bomb represented all the love and recognition that I was looking for in this life. As if the bomb would make me forget about all the miserable things that had happened to me in the past. So focused was I on this round shaped, brown-reddish object with black lines on it, lying in front of me.
I didn’t see the bullet coming. I didn’t see it coming at all. Do you know these moments? These moments where you don’t know what is about to happen, but you can feel it coming. This was one of these moments. Even though I didn’t see it coming. And I didn’t particularly hear it coming. I could feel it coming. Or at least trouble. I could feel trouble stepping in my direction. It was a weird feeling. I was standing there, and I knew something was about to happen. As if the entire field held its breath at the same time.
The impact was enormous. The moment it slammed into my body; time stopped moving. The impact took my breath away. All the air was blown from my lungs. I don’t remember falling. Although this obviously happened. One moment I was standing, bending down to disable the bomb, the next I was lying on the ground. Falling didn’t hurt. It was almost as if I just sat down. All I remember is lying there. On the ground. I couldn’t breathe. I couldn’t cry. I couldn’t talk. All I could do was scream. Which I did. A lot. Loudly.
All I knew was pain. It was as if it was just me and pain in the room. I pressed my hand tightly against the whole in my stomach. Shivering. Holding it as if that would make everything okay. As if it would make the pain go away. Within a few seconds of lying there, the entire population of the warzone had gathered around me. Not only my own allies was crowding my personal space, the snipers, our opponents the residents of Pluto, creepy one-legged creatures and some random people. Almost as if I was a tropical animal at the zoo. Everybody was talking through each other. They were all talking to me. I didn’t hear a thing. My thoughts were in other places. And nowhere at the same time.
I assume everybody was talking to me. From my own perspective, everybody was yelling. There was a buzzing sound in my head, as if my head was a beehive at a time that all the bees are home. I heard people say things as; “Anne, breathe!”, “Why don’t you try and put your leg over there?”, “What happened?”, “Are you okay?” ,“Please talk to me, Anne” and some other stuff in languages I didn’t understand. They were all heartfelt, but I felt like I was under attack.
After a few seconds, which felt like forever, I could finally breathe again. I saw my parents, the king and queen of Mikandya, walking towards me. I felt terrible. The fact that my parents had to watch this happen was almost worst then the pain itself. Although, that’s probably a lie. I am not even going to try an describe the pain. There are no words intense enough to describe it. I know theoretically what happened. I was standing in the field, the bomb exploded at the same time one of the opponents’ snipers shot me. The pain. The pain was indescribable. Partly because it was probably the most pain I’ve ever been in, in my life. But also, partly, because I just cannot remember it that clearly.
If I’m being honest, I was glad my parents were there. Although they didn’t seem particularly happy to see me in that moment. Which was totally understandable. I felt guilty. They always made me promise to be careful when going into battle. Which I never truly was. It was not like I was uncareful on purpose. War gets you in a strange, toxic mindset. A mindset where you cannot think clearly anymore. The adrenaline rushes through your body, as if you’re on drugs. You’re defenseless. 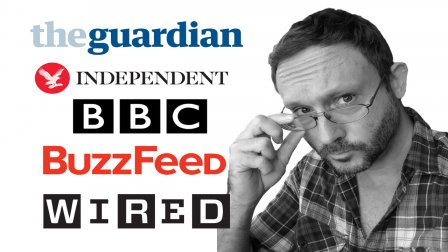 The Technology of Fiction : how to write great novels and short stories.
Damien Walter