Finally finished drawing up my  A to Z....as you can tell from the title, my project is inspired by the amazing films ( most but not all) of American film maker Wes Anderson. I am using Tom's fab class to combine a number of unfinish 'bits and bobs' into one big, juicy project. For a while now I have been working on people/portraits....and I fell that I have developed a method of working ( combining traditional drawing with digital colouring) that I like but I would love to develop this technique more...to create illustrations and scenes which have more 'composition' to them....not just floating heads! I also would like to work on my hand-lettering, so I am including text/quotes with some of my images. I have choosen my set of four ( in bold ) to work on these areas -portraiture/character design, hand-lettering, composition and scene. I know that I won't have these finished in 26 days! I am a very slow worker but I have set myself a 'do-able' time table. 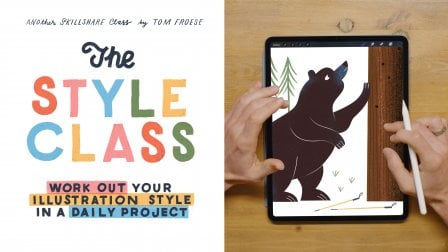 The Style Class: Work Out Your Illustration Style in a Daily Project
Tom Froese