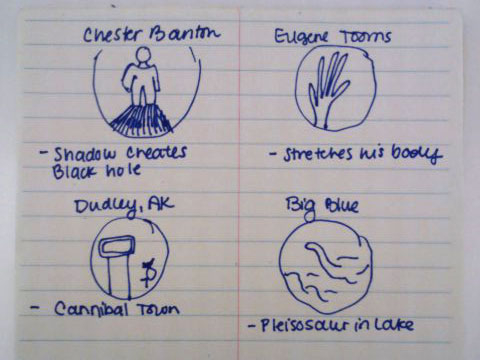 So far, there are some that are pretty clear - like there's an episode with a monster in a lake called "Big Blue" - everyone is familiar with the imagery of an animal like the Loch Ness monster, understands it's a lake, the color palette could be blue, etc. There are other ones that are more challenging, so I'm still working on finding a good mix of clarity and being specific.

Also, for something like the "Big Blue" icon, I am hoping to add things that are unique to the episode and give a little more of a story, so it doesn't just look like the Loch Ness monster. For this episode, I am thinking of adding Scully's dog Queequeg, which the monster ate and that's part of the episode.

Ideas of Monsters and their stories to illustrate so far:

I had a few ideas for making icons:

I think I like the idea of X-files icons, because I kind of got there through 180 thinking - I usually make books and long projects that are kind of boring, so I'm trying to do something really different and fun! It is one of my favorite shows, and the stories are so creative. I've done work with art history and history in the past, so I think i'm set with th X-files idea. Still need to figure out: what part of the show is the subject for icons?

Here is a idea chart of words for The X-Files: 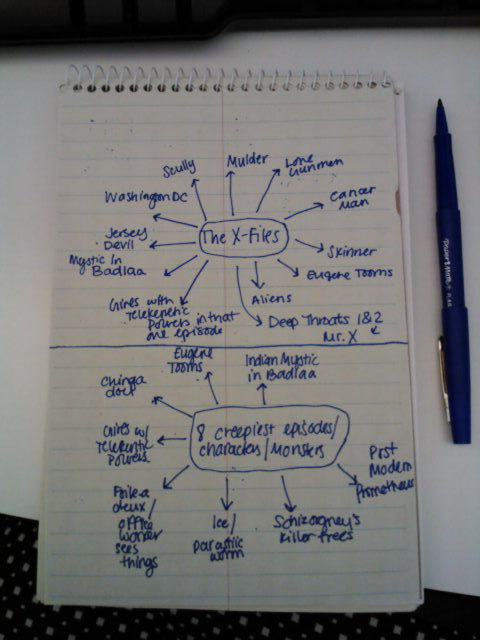 I know a lot of words on this chart might seem creepy, but I think there are aspects of the show I could do icons on that would communicte nicely and not be horror-esque.