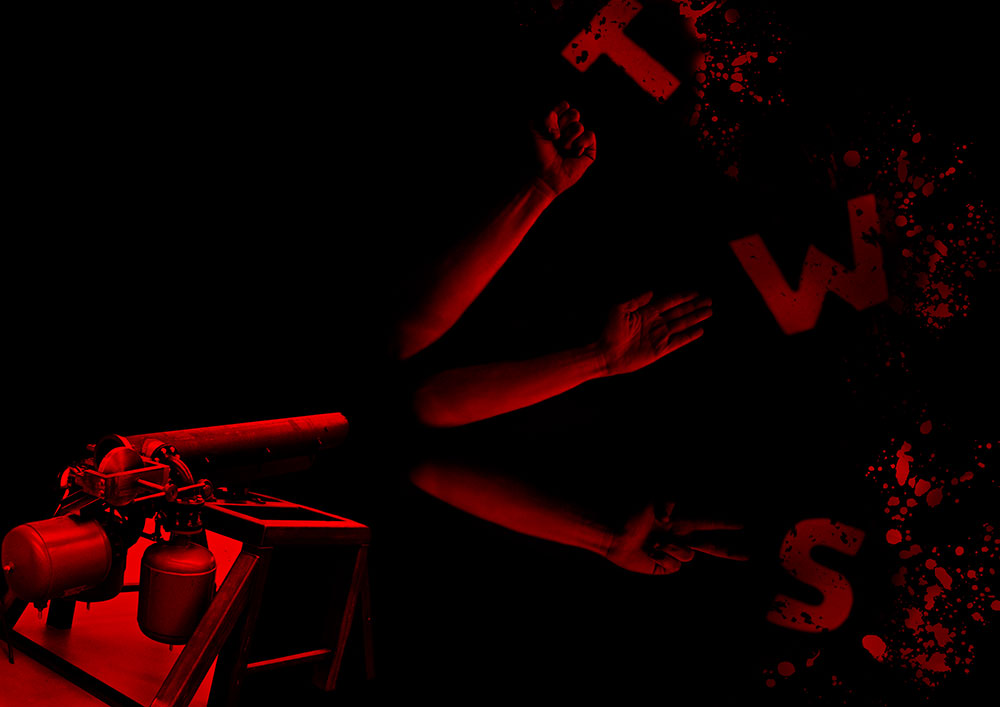 Rawer version of the poster. 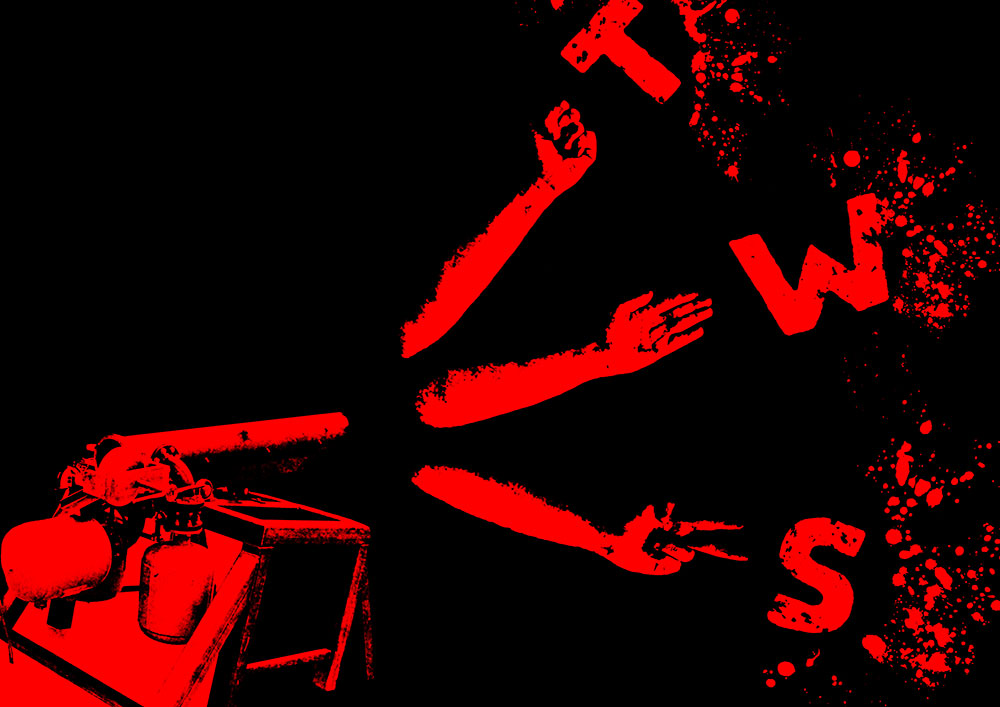 Determine what event you'd like to design a poster for.  This could be for a concert, performance, lecture, etc.  We recommend choosing a real event so you can research your subject and deal with real world considerations.

Unexisting The White Stripes gig. ‘Best Dead Blues Band’. I am a huge TWS fan but I never got to see them perform live. I did see Jack White in Amsterdam in 2012, but that was a solo, not TWS as they split up on February 2 of 2011. I’ve seen all of the documentaries they’ve been in and their tour films and have read a lot of interviews and articles (mostly lead by Jack as Meg is a silent creature).

I love their garage/blues/rock music and the fact that they’re just 2 takes it all to a higher level. It’s simple music but so hypnotizing!

2. Research Part II
Once you've settled on a subject, dive a little deeper to understand who they are.  How do they represent themselves visually?  If they're a band, what do they sound like?  What messages or themes are important to them?  Wikipedia is a good place to start but you can also look for more personal interviews and articles that will give you additional insight.

Don’t often put themselves on posters.

Rock ‘till it hurts!

Symbolism is of importance. Not always present but can help to find subject.

Jack White: After I apprenticed as an upholsterer for a few years, I opened my own shop, Third Man Upholstery. Everything was yellow, black and white. All my power tools were yellow and black. I had a yellow van. I ran my business like a cartoon. I was making out bills in crayon and writing poetry inside people's furniture. I didn't care if I made any money. I was so happy to pull up in front of someone's house wearing a yellow-and-black uniform, with a yellow clipboard. But the White Stripes' colors were always red, white and black. It came from peppermint candy. I also think they are the most powerful color combination of all time, from a Coca-Cola can to a Nazi banner. Those colors strike chords with people. In Japan, they are honorable colors. When you see a bride in a white gown, you immediately see innocence in that. Red is anger and passion. It is also sexual. And black is the absence of all that.

3. Start sketching
Develop a few concepts for how you envision your poster coming to life. Try to challenge yourself to come up with a unique approach to your subject that will still resonate with who they are. 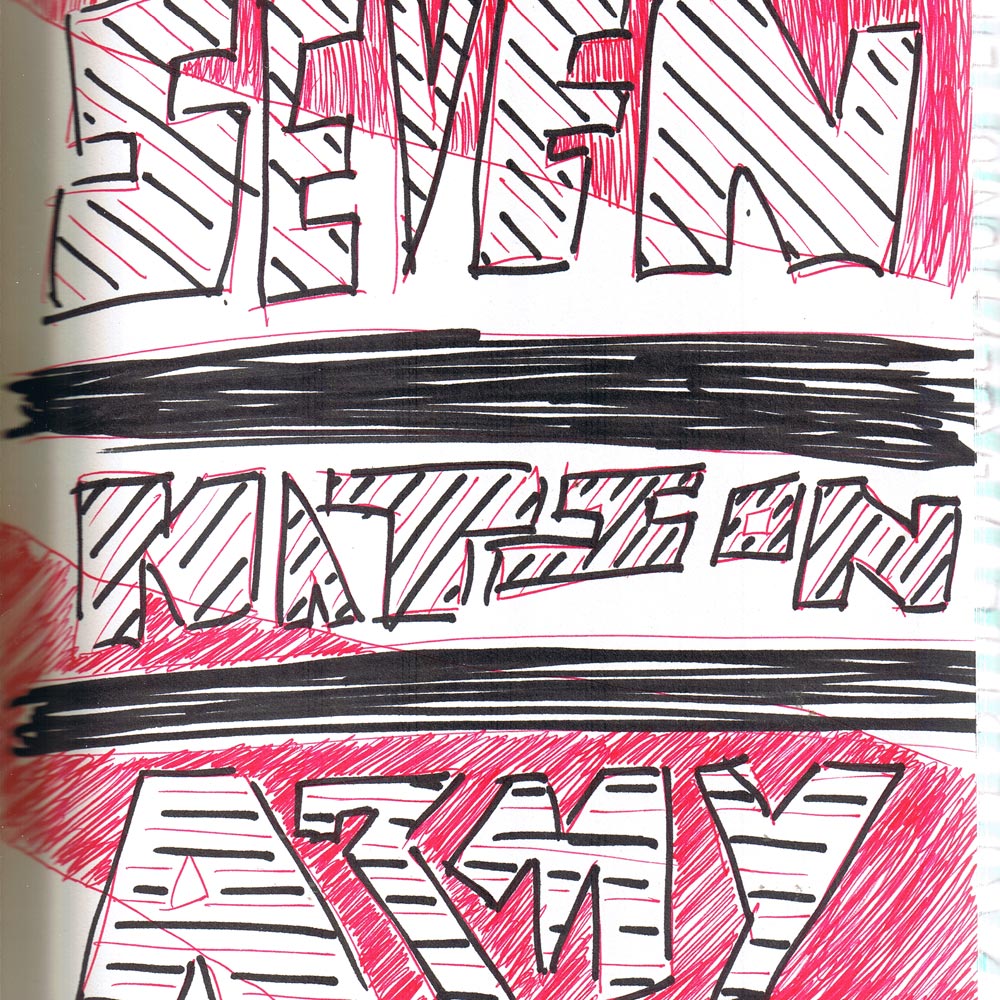 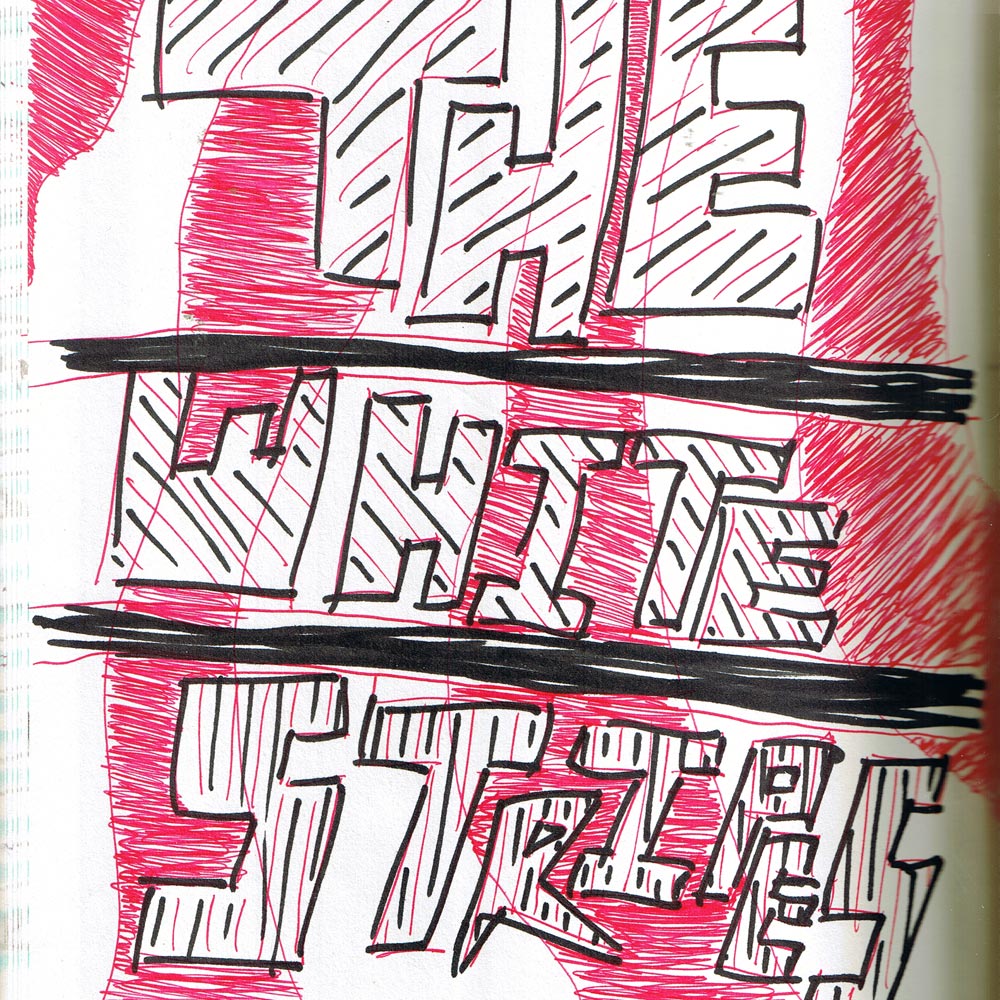 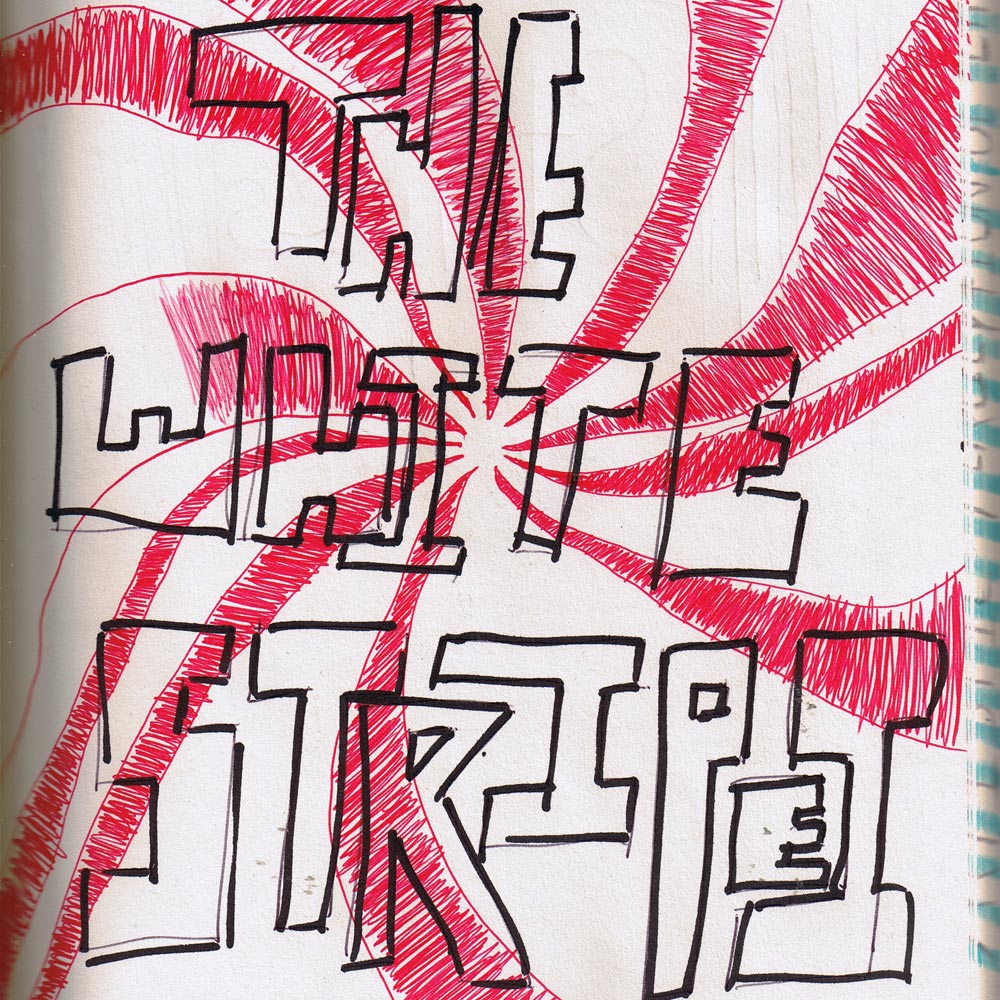 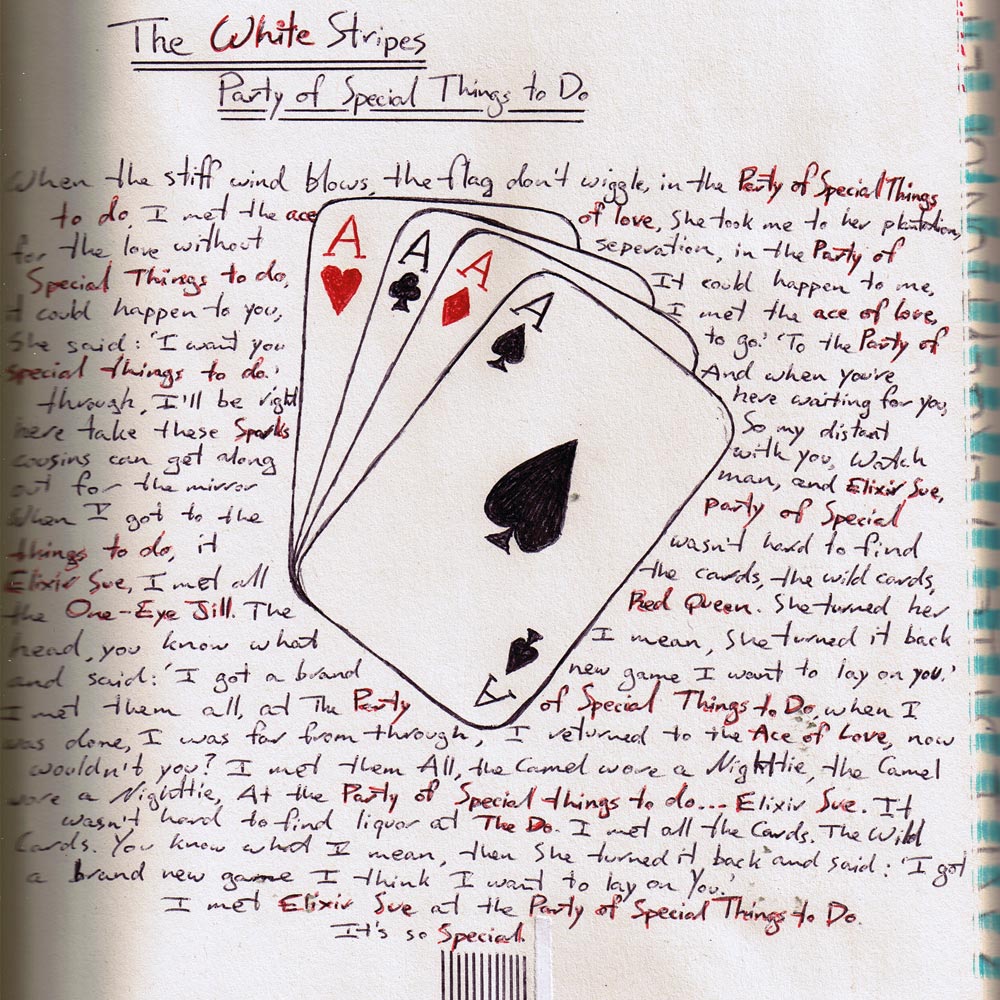 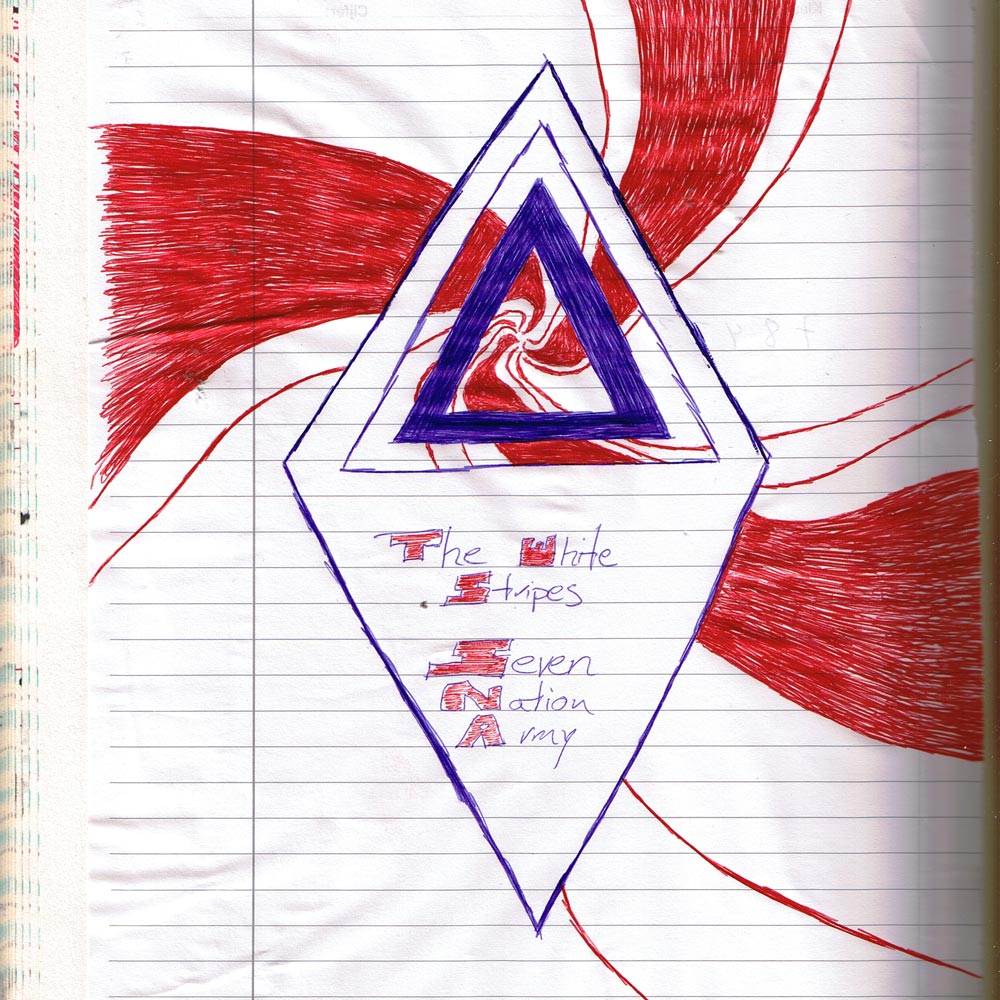 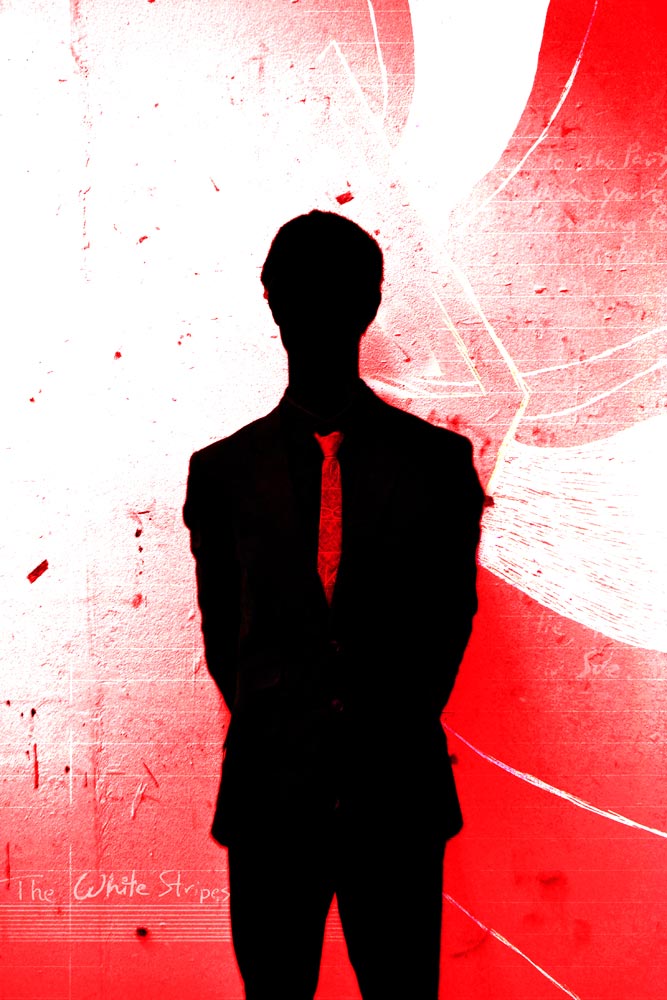 As you can see, I really love the band and their style and have already played around with it (:

Up until now this is what I have for this course: 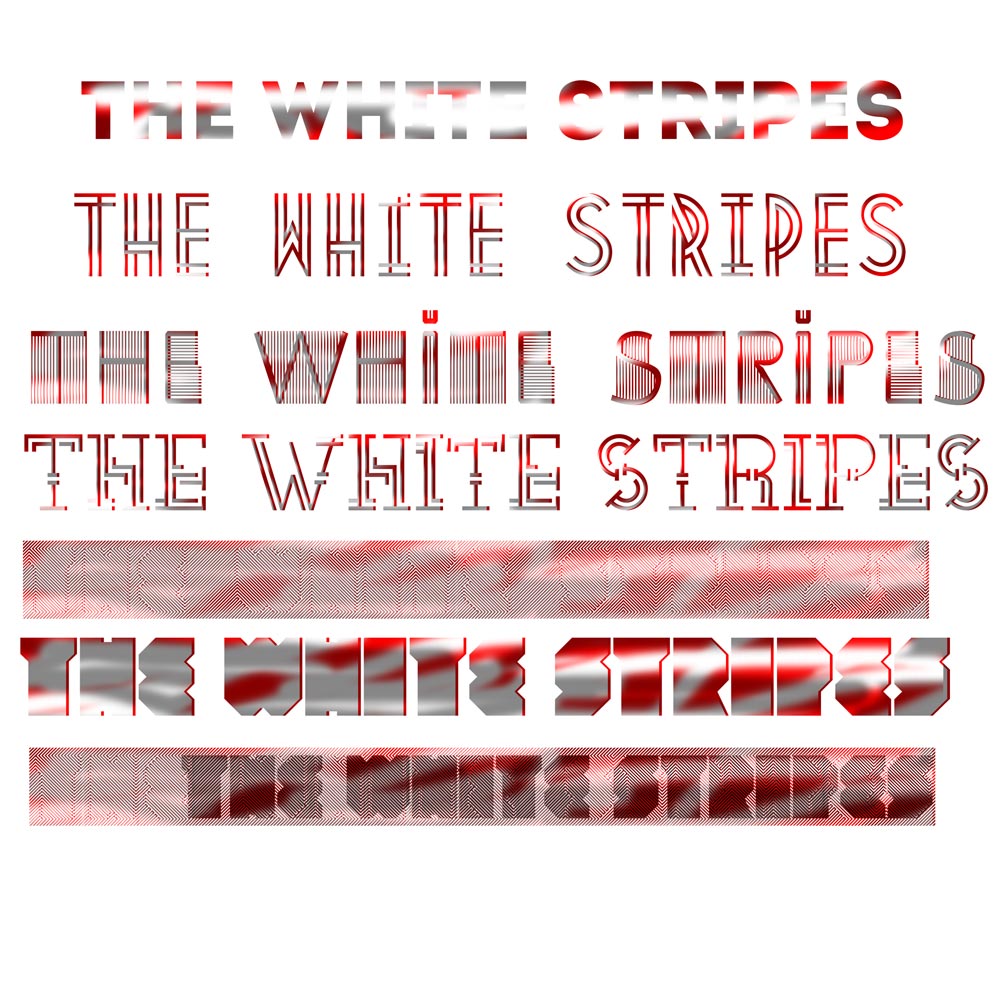 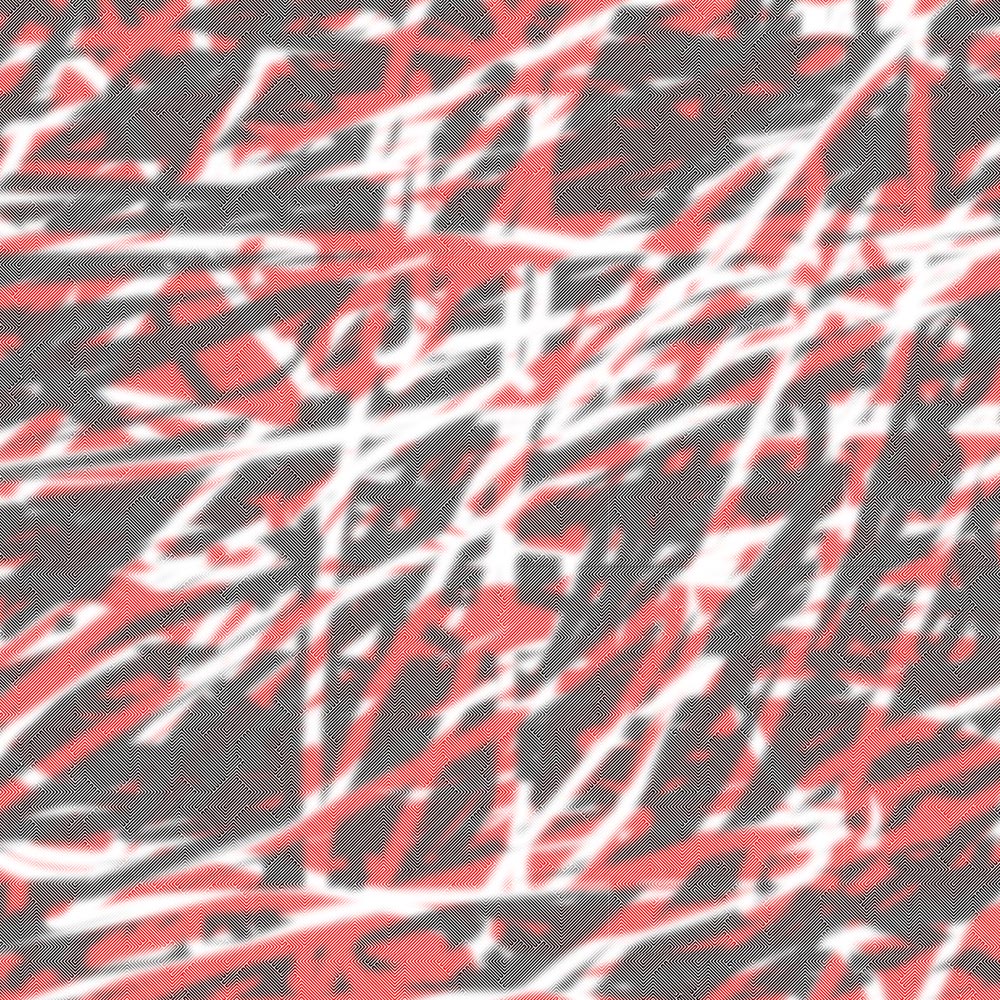 These are the sketches I've made so far. I tried out a lot of different things before going back to the White Stripes basics. Something simple but different.

At first I was trying a bit too hard, trying to incorporate some kind of word play on their 'Seven Nation Army' and mixing that with the fact that they are separated, making them a 'dead' band. 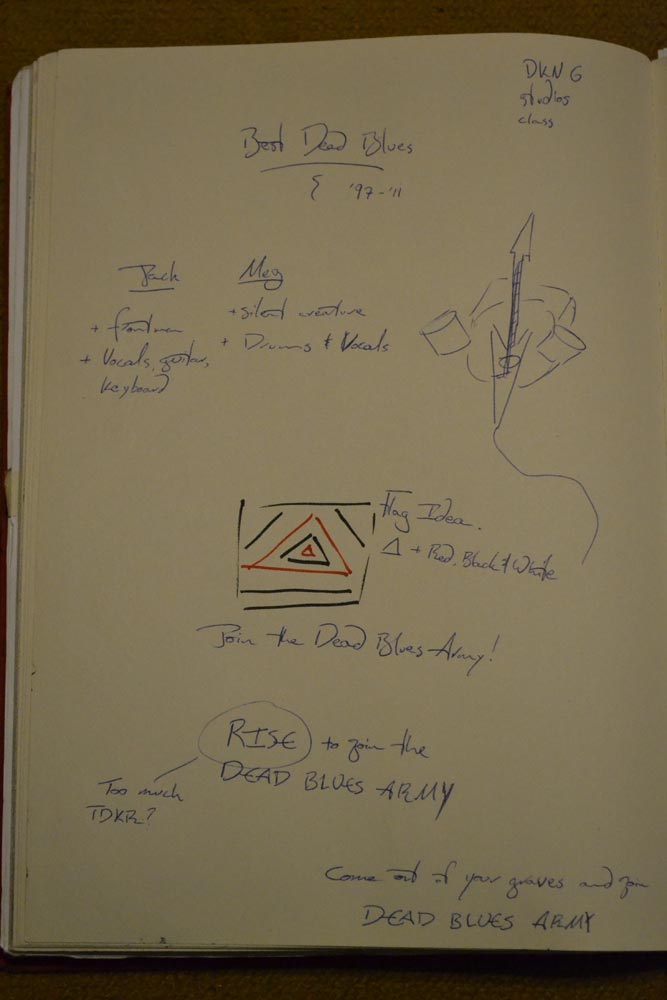 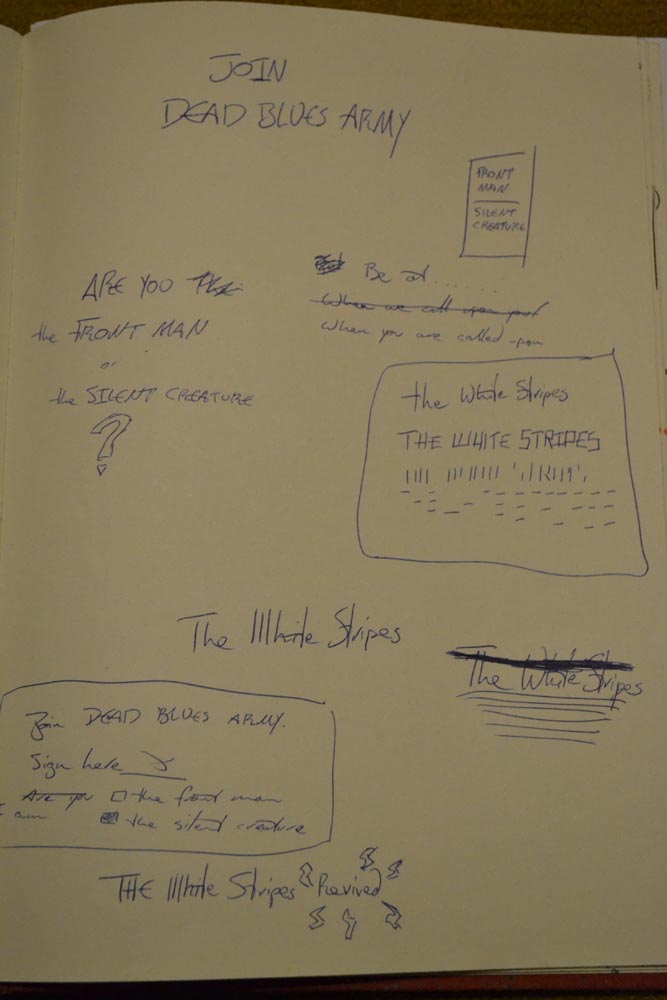 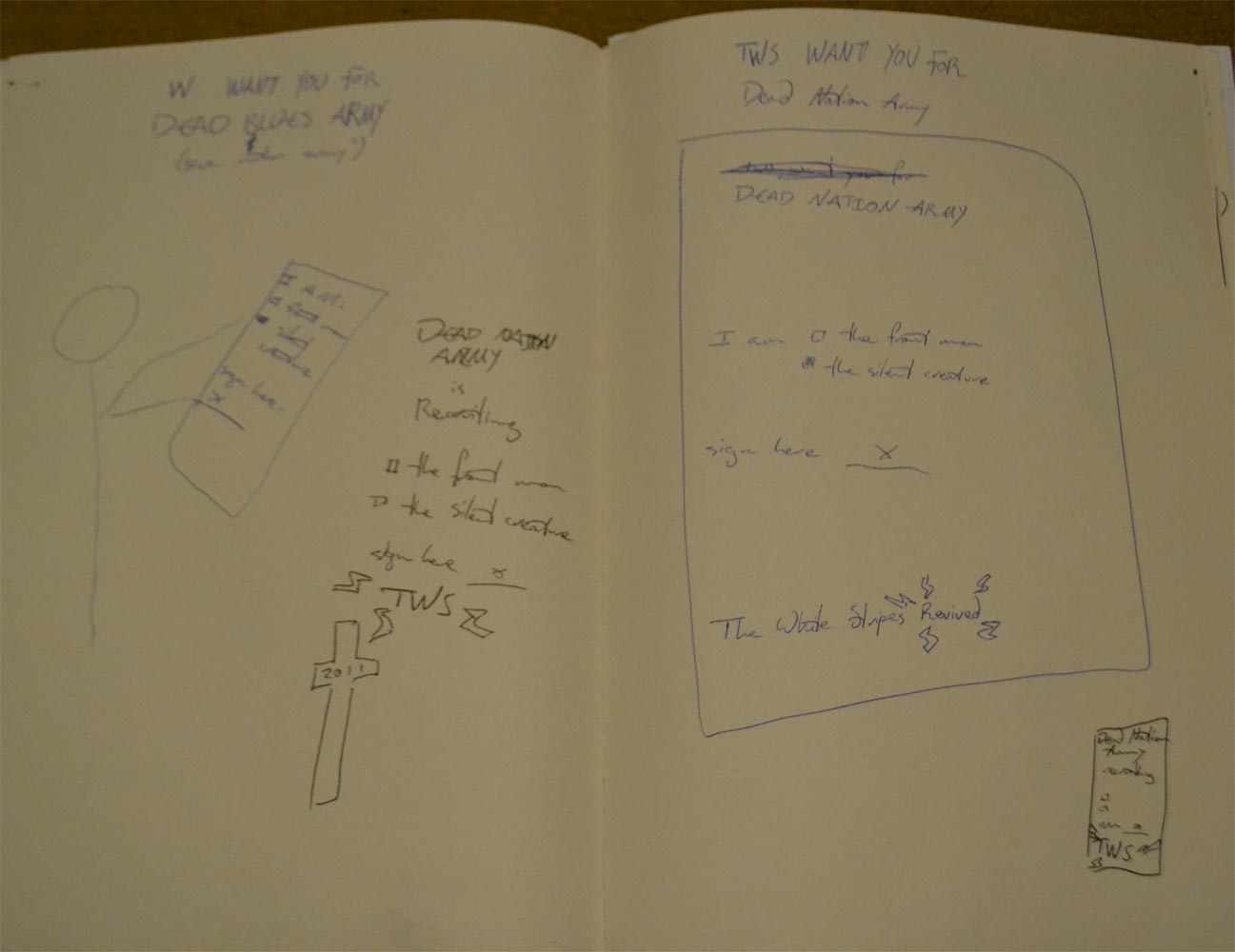 I was sketching ideas in the train when I saw a family playing rock, paper, scissors. That caught my attention. Rock, Paper, Scissors is a universal game. Everyone knows it and everyone has some kind of feeling attatched to it. It usually brings back a kind of childish feeling. It takes us back to when we were kids with nothing better to do than to play a simple game like that.

The simplicity fits the style The White Stripes had made their own. 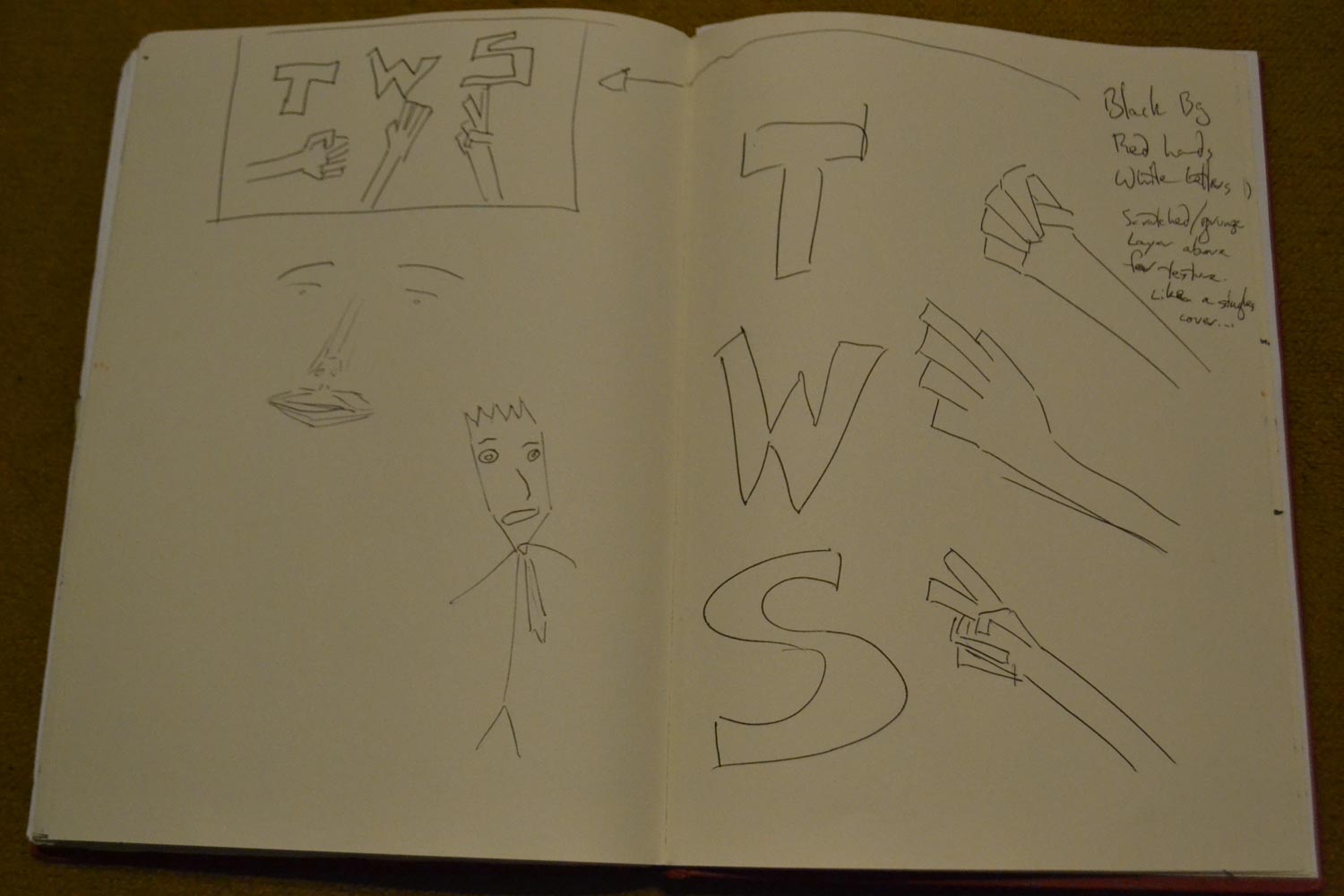 I also recently went to the Anish Kapoor expo at the museum 'De Pont' in Tilburg, the Netherlands. There I was very impressed by his cannon shooting wax into a corner. I thought I'd mix that up with Rock, Paper, Scissors. 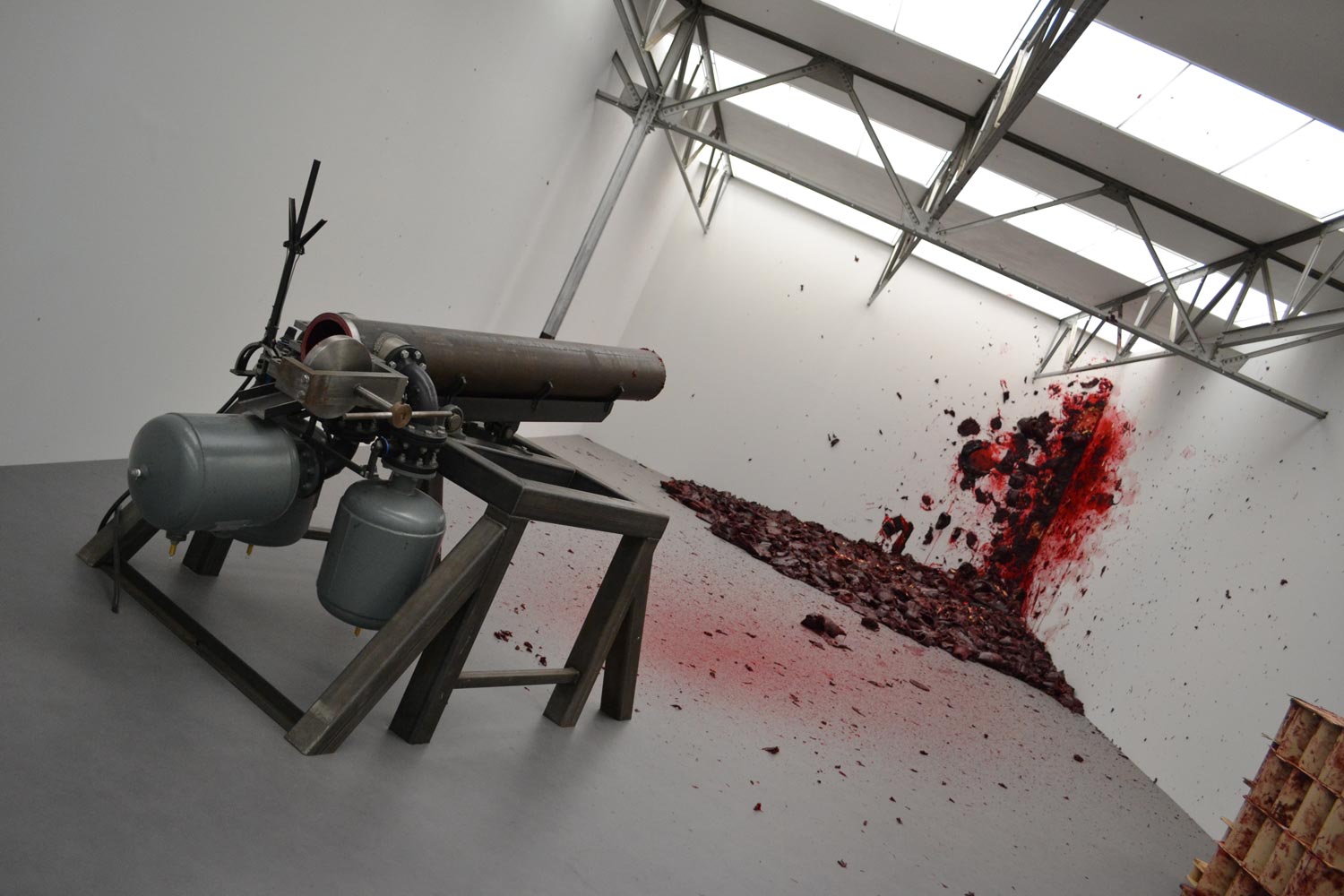 The White Stripes singles covers are often very simple. Just a small image, turned red. Nothing fancy. Just a strong red image. So I want to recreate that look.

The idea is to have the cannon shoot three hands showing the three symbols with the letters TWS next to them. Nothing super fancy or excessive. Just the image in red on a black background with the letters. As the band is apart and won't be playing any more gigs, the poster will be devoid of a date or any information.

The gig poster has transformed into a more general 'last tribute' to The White Stripes. With 3 cannon shots, their death will be final. 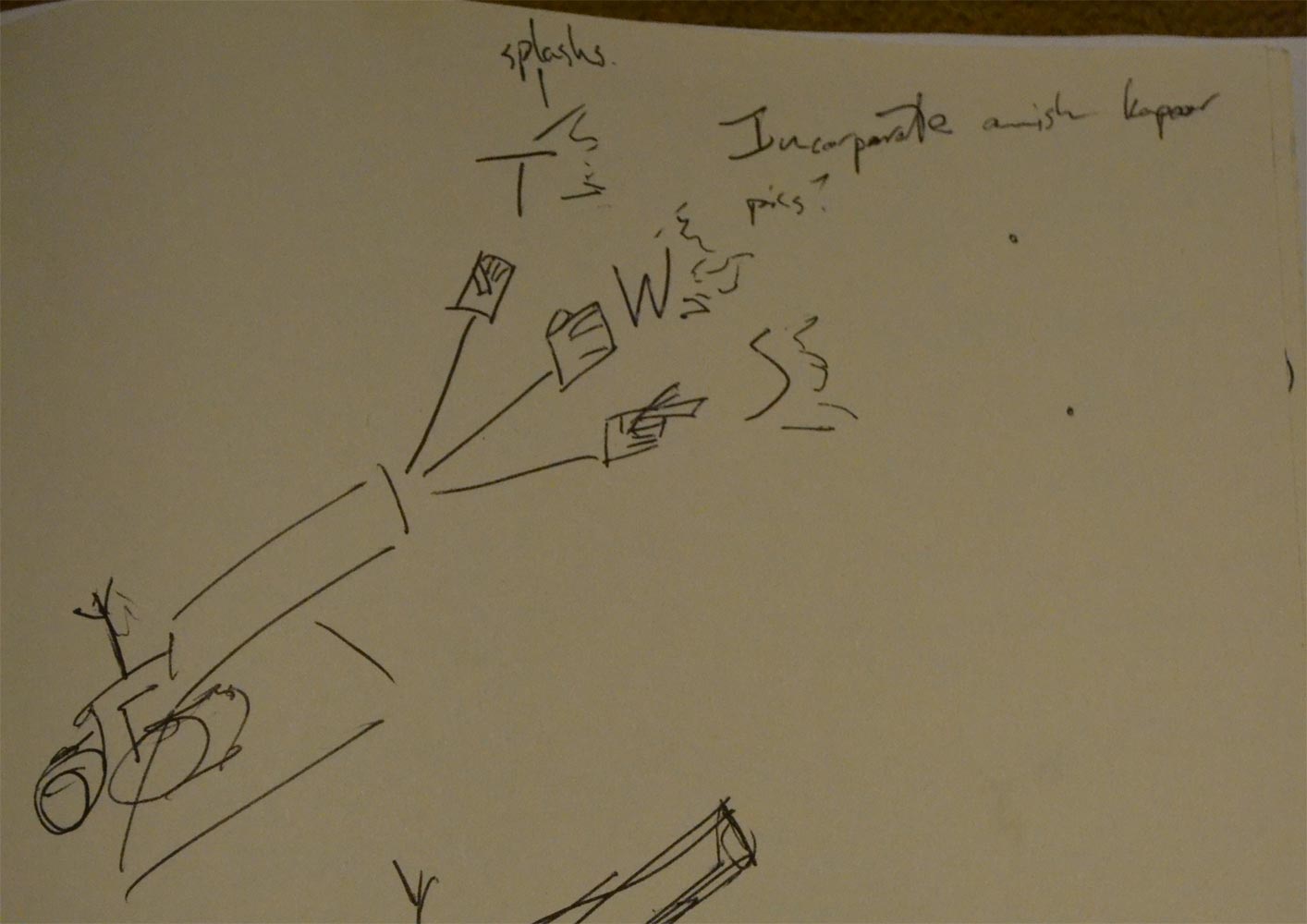 I'm going for the classical TWS look. Like one of these single covers.

The colours are a bit faded because of the lighting; the reds are pure, not washed out. 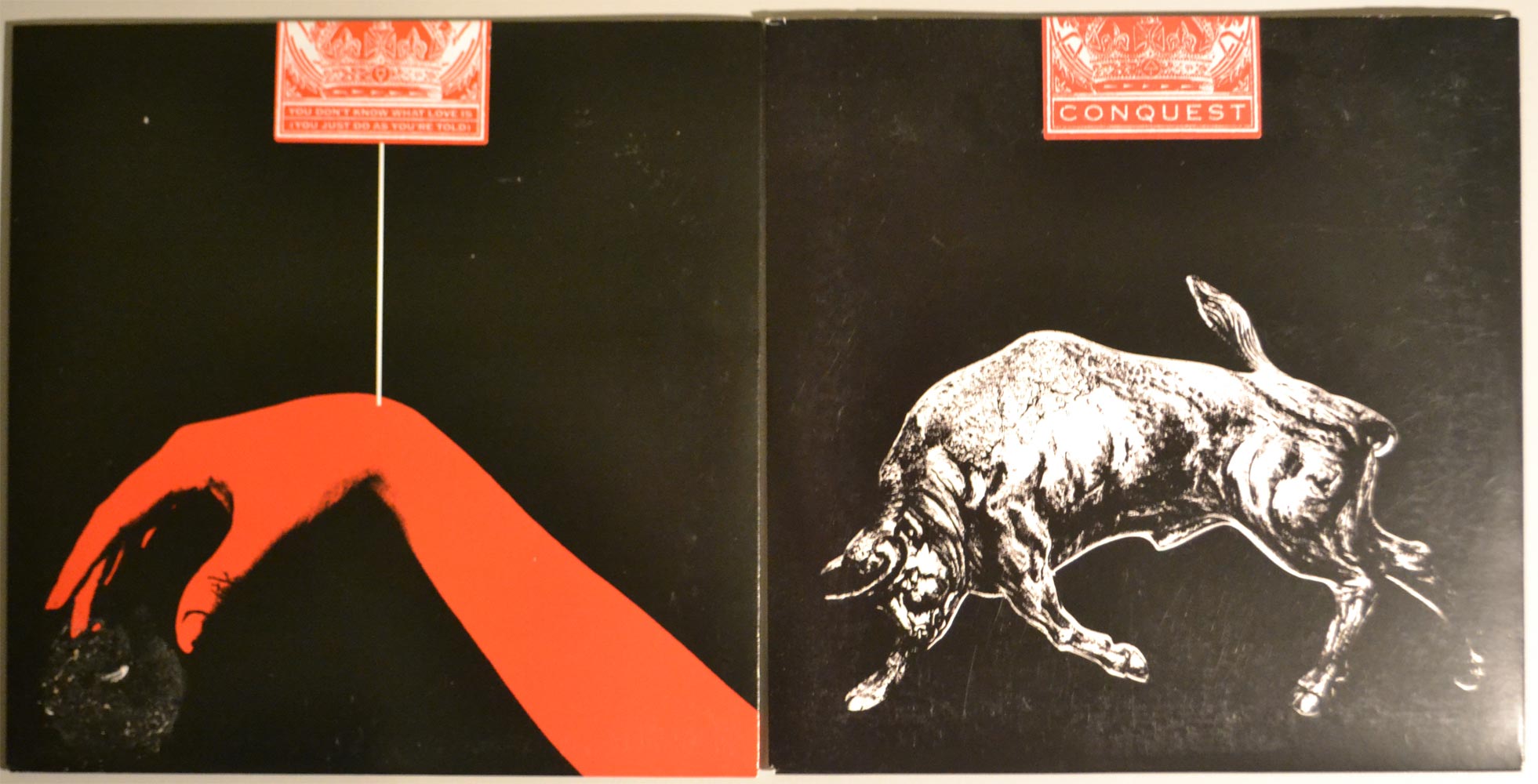 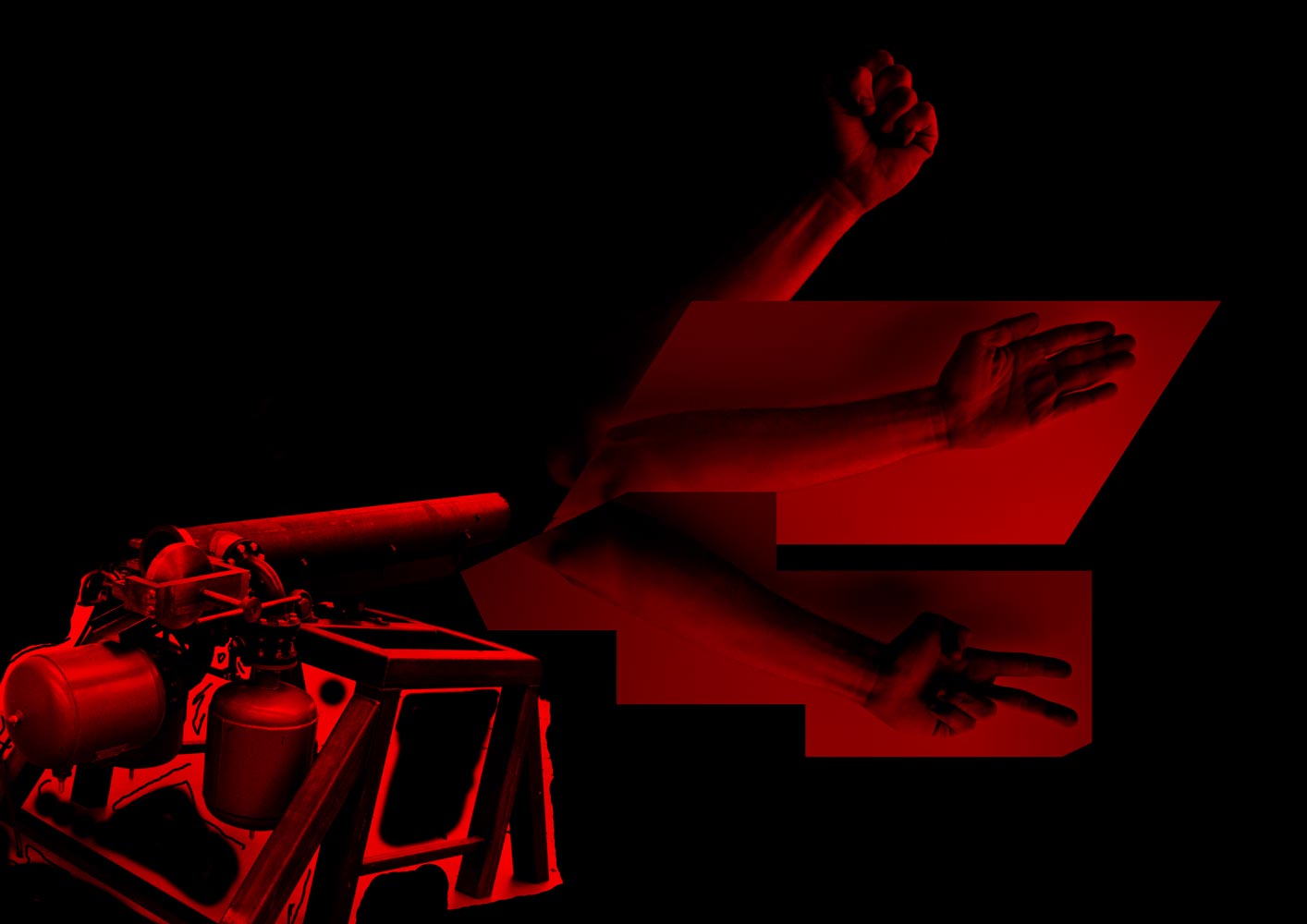 Not only does the image follow the White Stripes style of simplicity but there's also symbolism to be found in the image.

A shooting canon is of course violent. Add that to the top arm representing the Rock but also making a violent gesture, showing strenght or punching.

The second arm is less violent. The open palm is a sign of openness and honesty. It's telling the punching arm to stop. It can also be seen as the mediator between the two other arms (signs).

And the third arm represents the well-known V sign. Finishing the movement in the image by peace.