Hi there! My name is Alex Fram and I'm a visual designer in Boston, MA. My project is a tour poster for one of my favorite bands (and group of people) The Venetia Fair. They have a unique sound that's been described (by them) as "theatric, chaotic, catchy, and sometimes a little silly but not too silly because it's also serious business." Their early stuff had a bit more of a "circus rock" feel than their more recent work, and you can watch one of their better known songs on youtube.

They're going on tour again, following the release of their new album, "Every Sick Disgusting Thought We've Got In Our Brain." I'd like to design a tour poster for them that conveys the "theatric, chaotic, catchy, and sometimes a little silly but not too silly" energy of their music. I've reached out to them about designing the poster and there's some interest, but with their upcoming release and tour they have a lot going on right now and communication is slow. In the meantime, I've begun working on some concepts.

In tackling this project, I really wanted to emphasize the experience of being around The Venetia Fair. I was introduced to their music by an old roommate who had shared a van on tour with them one summer, and had the good (bad?) luck to have them come to several of our parties. Being around them as a group of people is just what they describe their music as: theatrical, chaotic, silly. It's common for them to spray mouthfuls of water at their audience while they play, as well as swing the microphones out, break things, jump around, and basically act deranged. It's not much different having them at a house party--it's undeniable that their energy is infectious and entertaining and also a little bit terrifying. It made sense, then, that the poster should convey a dangerous but exciting energy.

I'd like to create a poster that calls on the aesthetics of the Hollywood era of film noir, mainly the crime dramas of the 1940s and 50s. I believe using graphical elements common to the design of those films, (low angle and Dutch angle camera shots, harsh lighting implied with extreme contrast, type and illustration styles) will communicate the theatrical and dark elements of their music.

I have two concepts stemming from this theme:

Concept one depicts a harshly lit crime scene. In this scene, I'd like to include some predictable, and some baffling items: caution tape, a dismembered finger (they offered the guitar player's pinky finger as a backer reward on Kickstarter; 3 were available), broken glass or instruments, weapons (I sketched out a blowtorch and a steak knife), etc...I think this would be a nice opportunity for personal touches, and could ask them about some of the more bizarre things their fans have brought to shows. Some typography elements (the band's name, or the album title) would be part of the illustration, using white space and sharp angles to imply light in the shape of letters being cast on a wall or floor in a dark room. The items I mentioned will be illustrated within the shadows. 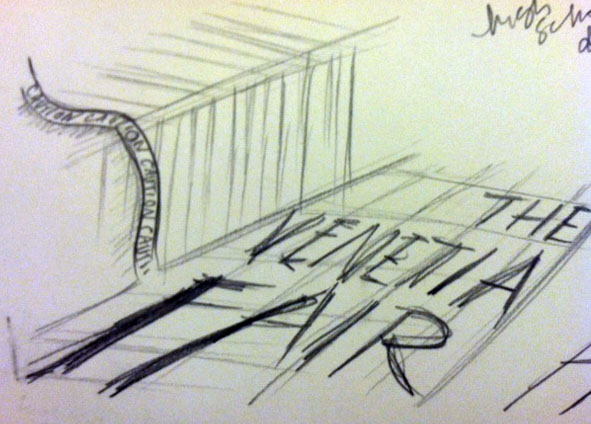 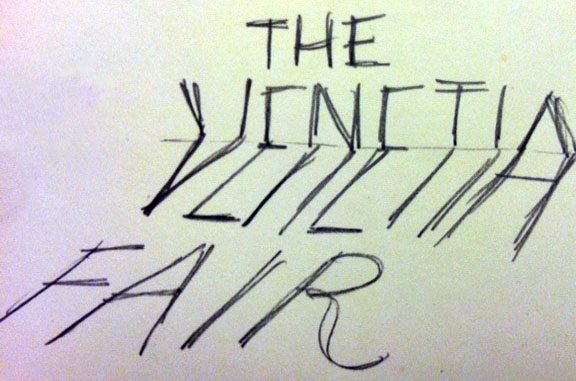 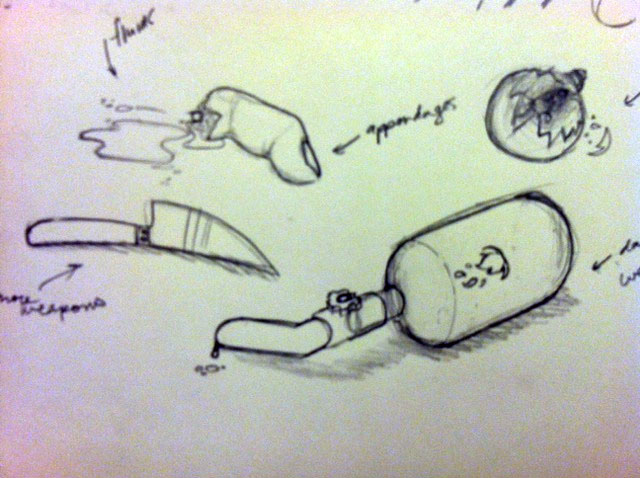 Concept two follows the graphic design styles of the crime movie posters, using brush and script typography coupled with dynamic illustrative portraits and setting shots. While I think this idea might have some merit (I really like the typography) I'm anxious to take on portraiture as it's not one of my strengths. 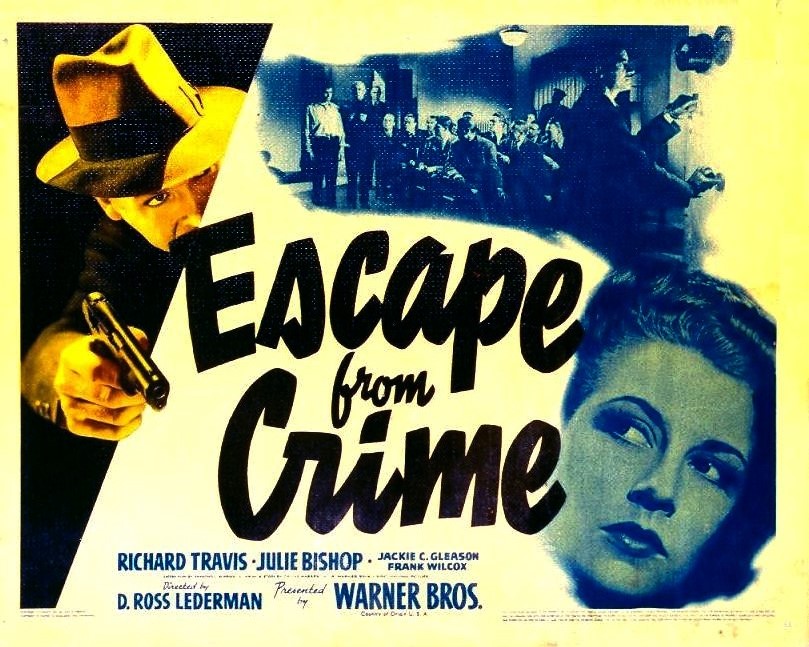 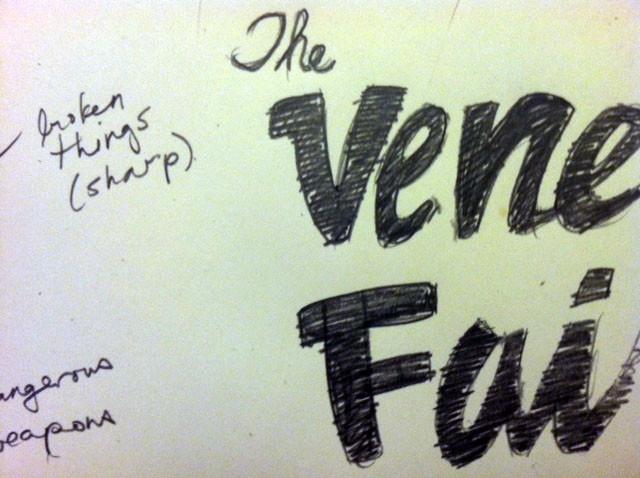 I'd like to get some feedback from the band on these concepts before I move forward, but for the sake of keeping up with this course I'll make do with what I have. Any thoughts/opinions/criticisms are highly welcome!

So I didn't have too much time to devote to comping this weekend, but I did clean up some of my first concept with the shadows cast onto the wall concept. 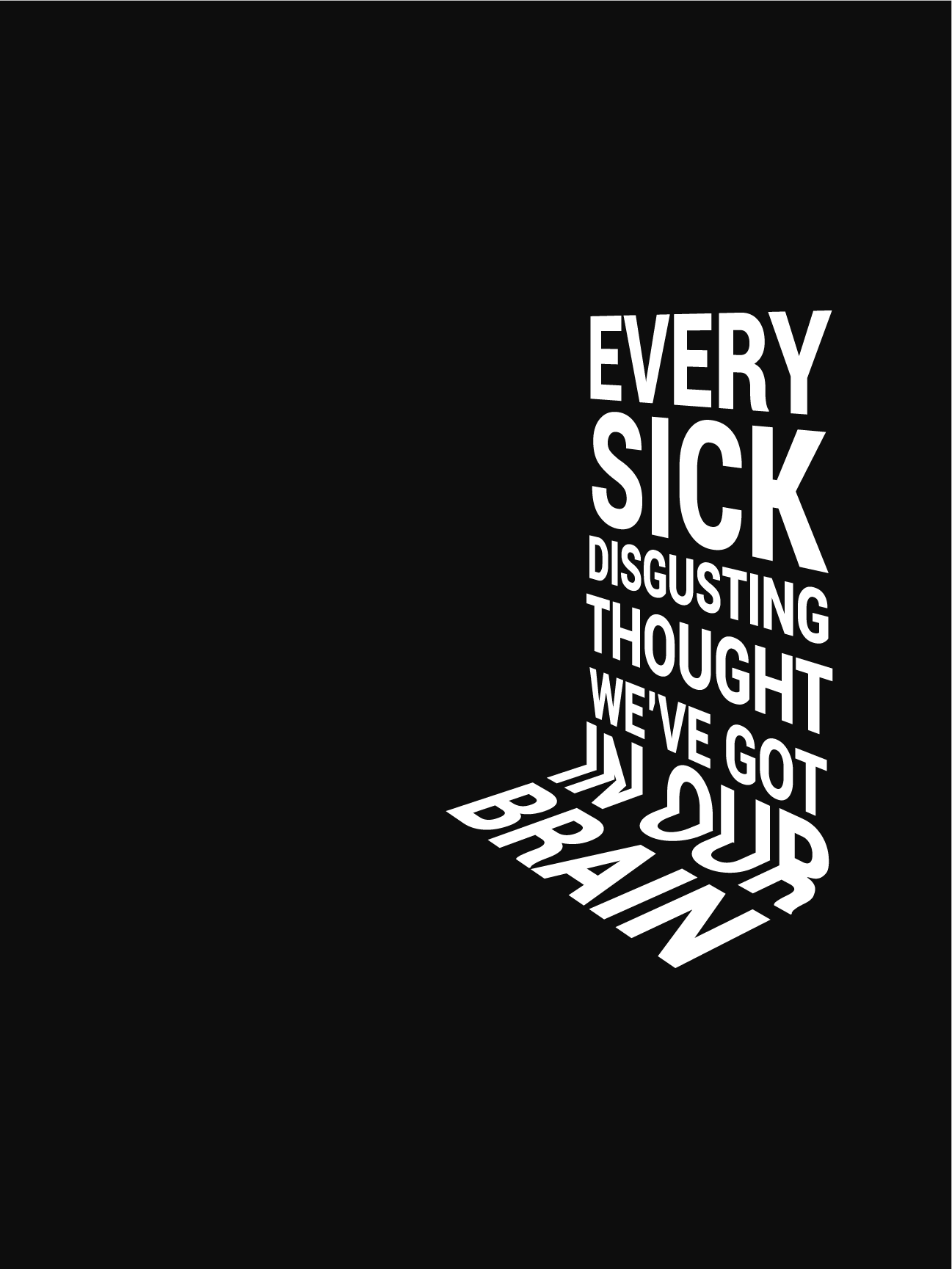 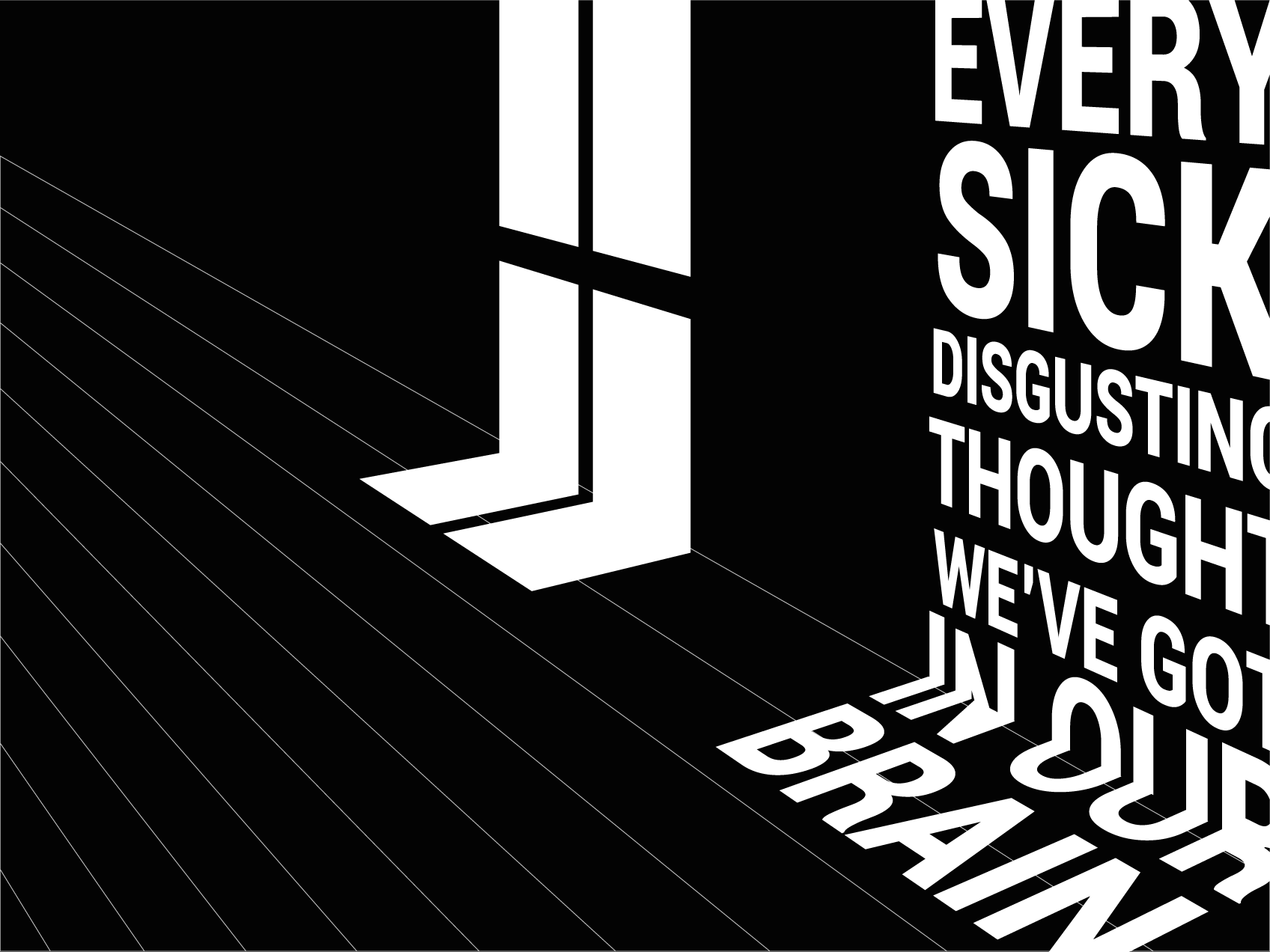 I'm struggling a bit with figuring out how to set the perspective of this to allow me close-up or more realistic views of the objects I wanted to illustrate, and balancing everything with the text. And advice would be appreciated!