His eyes shot open. The thick darkness enveloped him like a cold, wet blanket. The man looked down, expecting to see his covers around him, tucking him safely inside a cocoon of warmth. Instead, the object covering him moved back and forth on his body like spilled ink. His body was immersed in a liquid, soft yet slimy to the touch.

A buzz broke the silence, it's ambiance radiating around the room like the shock from an earthquake. A bright light appeared behind what the man believed to be a shower curtain, blocking his view of the outside. He lifted his hands from the liquid, watching the substance trickle down his fingers.

He pushed himself up from the bathtub, shaking. The man's body felt exposed, naked. His body shook from the air around him.  The buzz sounded again, vibrating against the tiled floor. His finger's lingered at the edge of the curtain, until he pulled it back, squinting at the light. He stepped onto the floor, his feet freezing.

A phone lay on the floor two feet away from his reach. Water dripped into the cracks of the tiles, winding like unruly vines. It was a phone, laying face down, trembling almost. He picked it up and stared at the number. It wasn't one he recognized.

Who's calling this late? he thought to himself, feeling the cheap plastic case. He ended the call and studied the design of the protective cover. It was clear, sparkly, and in calligraphy spelled out the word: Dream. He turned his head, confused.

This wasn't his phone.

The man felt the coolness of the water finally begin to drip away, evermore steadily from his body. Each breath he took seemed to turn to frost in the air. The phone buzzed again, trembling in his hand. He clicked the red button watching the number disappear on the screen. The blue light of the home screen shined against his bare chest. The picture was distinctively different from the case surrounding it, protecting it.

It was a picture of him, lying in the bathtub, but the liquid surrounding him wasn't water. It was a deep red...crimson almost. A chill curled his spine. His eyes were drawn to the mirror next to him. It was square and simple, but no matter the quality, reflections did not lie.

In the mirror he saw a man, no he didn't see a man, he saw a monster. A monster with the shape of a man. A monster with two arms, two legs, two eyes... covered in blood. He reached up feeling his bald head, running his hand across the smooth surface.

The phone buzzed once more, the number shone like a beacon. His hands began to shake as he fell to the ground. He reached his finger towards the green button, avoiding his unrecognizable expression.

Who are you? he thought, his finger getting closer. What do you want?

Right as he touched the screen the call ended and the screen went black, diminishing all light from the room. Again, he felt as if he himself was a shadow, a dark creature.

Josie pulled down her dress and walked out the door. She ran her hands through her hair, taking the band off her wrist and pulling it into a messy bun. A metallic taste coated her mouth like a thick coat of paint. She looked down at her watch, the time ticking slowly. He would be home in only a couple minutes, or in a few after. He was often late for he didn’t dare go over the speed limit.

Josie walked barefoot across the carpeted floor, ignoring her dog that barked outside the sliding glass door, urging her to let him in. Instead, she walked calmly to the kitchen, pulling out the seat and staring out the window. Darius drove in a moment later. She looked to the clock.

Later than I expected, she thought. Darius unlocked the door, holding plastic grocery bags that looked on the verge of snapping under the weight. He was also so adamant, using as little plastic as possible. He claimed that it somehow hurt the living things which roamed the earth.

“Hey,” she said, her face blank. He smiled, placing the bags on the counter and pushing them towards the wall. He wore his work uniform, khakis with a green shirt and polished black shoes.

“Hey yourself,” he replied. She tried to smile, ignoring his curt comment.

“We need to talk,” she said finally, trying to keep her hands steady. She got up from the chair and began unpacking the groceries, pulling out the ingredients she needed for dinner.

“Okay,” he replied, turning and rolling his eyes. He hoped it wasn’t about the finances again. That’s all she wanted to talk about lately.

“I need to tell you something,” she said again. Darius threw the bag of chips into the pantry and turned around.

“Okay,” he said exasperated. We’ve already talked about the money. What more does she want from me?

“I’m late,” she told him, stopping the unpacking and looking down at the stove.

“For what?” he asked. There was a pause between them. I thought we paid all of the bills the month! How could she forget.

“I’m late,” she said again. His eyes widened, shoved with a sudden realization. Darius dropped the second bag of chips on the floor. They both looked down at it simultaneously.

“Oh,” he gulped, reaching down and picking it up. Josie reached into her pocket, pulling out a white plastic stick. She walked over to him.

“I took the test and it’s positive,” she told him, looking down at the pick lines. Darius’s eyes remained on her. Her heard a fly enter the house. He must have left the door open.

“You’re positive? I mean you’re sure?” he asked, taking it from her hand and looking down at the pink lines, inhaling sharply. He heard another bug fly in and fly towards the kitchen light hitting itself over and over and--

Love others as yourself 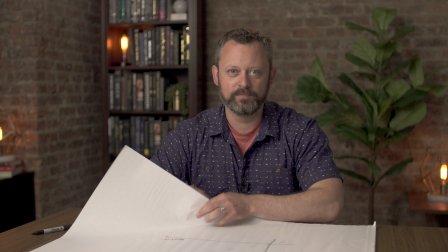