Here are my two forest scene projects that I plan to have in my fantasy novel. The first is negative, and the second is positive. { Sorry if they're a bit long, I couldn't help myself.  :-) }

Forest Project #1: The Forest of Fear.

The negative forest scene happens first. In my story, Luke, his siblings, Amara, Peter, and Rosa, and their companions are tricked into entering the forest of fear, despite Luke's objection not to.

As they trudged on into the dark, creepy forest, Luke felt his old suspicions arise. They weren't far in when he could feel the forest closing in on him.

The trees were of only one kind, their bark and leaves gray and lifeless, yet still alive. The trees loomed over them, their scraggly forms casting lengthy shadows, if you could distinguish them from all the other dark backgrounds of the forest, that is. The trees came together at the canopies, so that it blocked out all natural light, and they had to light several lanterns to keep on going.

Luke watched in utter disgust as he dared to look at the surroundings below the treetops. Thick brush grew at the bottoms of the trees, the leaves black and ugly. Horrific sounds came from the distance, and he feared what might lurk in the distance. It sent a shiver of dread down his spine and into his other bones to see such sights.

The air smelled boggy, like a musky wet dog. But he looked down at the ground and saw solid ground, nothing like a swamp. He tromped faster to catch up with the others, who except for Rosa and Peter's occasional whimpers, seemed uneffected by the frightening appearance of the forest.

But he was unawares that the magic of the forest was slowly seeping into his mind, bringing his fearful thoughts and failures to his mind, 'till it made him go mad and he desired the need to run, but couldn't.

Then Luke felt something thick and slimy oozing into the leather boots he wore. He started to sink!

"What's happening!,'' he cried in terror. Oddly enough, none of the others were sinking like he was.

Amara was the first to notice him, but before she reached him, several somethings let out a series of savage cries.

The positive forest scene follows the events of the forest of fear, after Luke passes out while the creatures attack his friends and family. He's rescued by a Malal, a race of magical beings. He wakes up in a forest outside the Tower of the 7 Watchers. { Don't worry, I left out the post-dramatic emotions he feels, but I will write it in the actual book.}

Luke rose from where he sat and gazed out upon his surroundings, trying to grip his bearings. He realized he was in another forest, but this one wasn't at all dark and evil feeling as the Forest of Fear.

The trees of this forest had silvery bark and from their branches grew golden leaves. They grew in close together, but rays of brilliant sunlight floated through their loose canopies. The trees themselves seemed to emit light.

There wasn't any underbrush except for baby trees, there was a pleasant atmosphere in this forest, and despite all that he recently had went through, he felt a sense of peace and comfort he hadn't felt in a while. No fear, no cowardice, just courage.

He noticed a long, winding road that started in front of the silken leaf bed where he had lain. It seemed to be made of blocks of polished, shimmering stone; similar to those used in Aquilla, but only these seemed transparent with colors, so it seemed as if a rainbow road.

He decided to follow the road and see if he could decipher where he was.

As he walked down the narrow road, Luke felt his fear and anxiety completely loosen its icy grip on his heart. A strange type of joy replaced it, leaving Luke with a smile on his face. 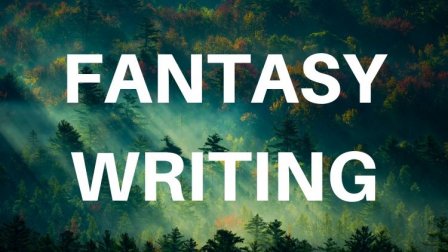