In October of 2014, I lost a job that I had had for 8 years. Initially, of course, I had the grief, but then I started to move around.I had been eating green smoothies for a while and was upgrading to green thickies. So by the beginning of 2015, I was primed for a year to remember.

This will explain the top 10 reasons that I feel like I lost the weight that I lost last year and did it in a healthy manner. Eventually, this will be tied to a class on Skillshare and hopefully, Udemy. 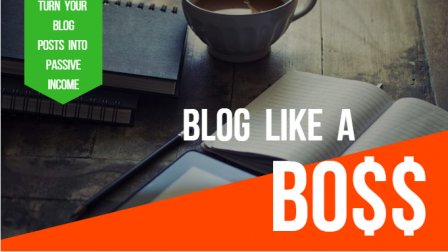 How to Turn Your Blog Posts into Passive Income in 2019
Franki B. Kidd