The Story of Don: Carpet King

The Story of Don: Carpet King 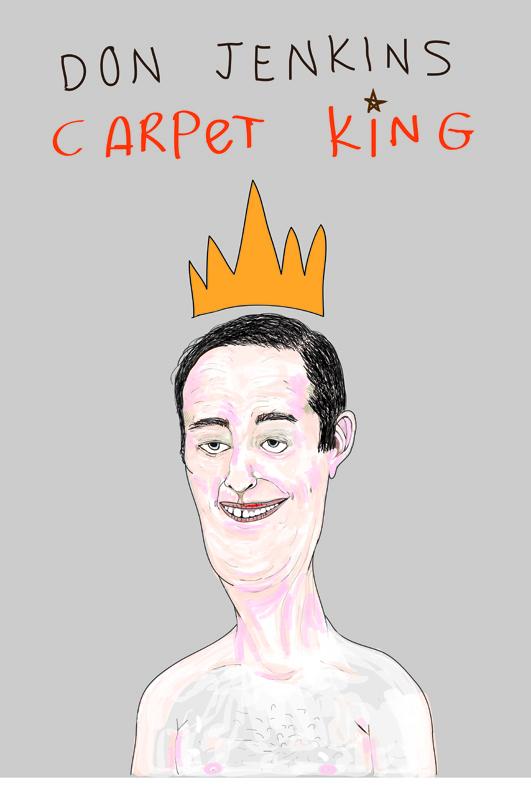 This is the story of Don Jenkins, a real sweet guy and the top carpet salesman in Dalton, Georgia in 1977-1985.

When Don was a little boy, he proclaimed, "I feel like God wants me to do something special with my life, Mama." And with that, he trotted out to the dog yard and began inspecting all the coondogs for ticks. He came back holding a tick between the prongs of his mother's tweezers, it's six tiny black legs wiggling in the air.

"That dawg ain't gonna lose any more blood from this tick!" Then he grabbed his daddy's Zippo and set the little bloodsucker afire. After that day, Don was on the lookout for a way to help. He helped Mrs. Stalesmith with her garden and refused pay, saying, "Mrs. Stalesmith, I can not accept your money. But, I WILL take a jar of your delicious picked tomatoes!" He helped old Mr. Rowland by sweeping off his porch and dropping his newspaper every morning at the old man's front door.  Mr. Rowland didn't much cotton to the boy's acts of kindness, but Don knew deep down that he was appreciated. Even if he never got a thank you, Donny felt good inside.

When Don was 17, he started thinking about colleges, but the thought of leaving Dalton, his parents and all those folks who needed him, was too much to bare. So, he filled out an application at Saxton Carpet, a local carpet store and was soon the store's friendliest stock boy. He unloaded the trucks and grew strong, carrying rolls of carpet, low pile and shag, one on each shoulder. He became quite the looker and the young ladies were smitten with this lean, dark-haired boy. Girls begged their parents to take them to look at carpet samples. Donny loved the ladies, but he also loved his work and within two months he went from stockboy to floor help and one month later, Don became a carpet salesman, specializing in shag.