The Stone Foxes - A Homecoming Poster

The poster that celebrates Stone Foxes returning to SF after their Small Fires tour. Note the raw, tactile feel and the melding of photgraphic and hand drawn elements.  This poster is set to screen print in two colors with some paper reveal within the poster. 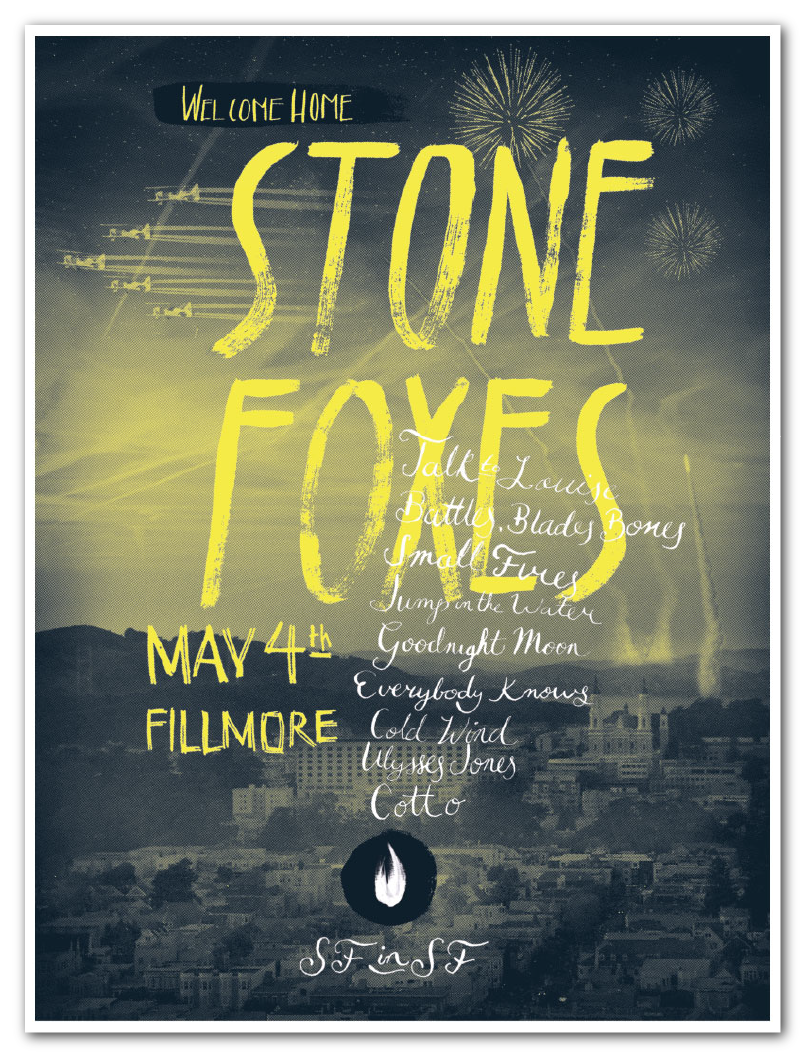 Experimenting with some backgrounds.  torn between descriptive photo and more graphic photo treatment. 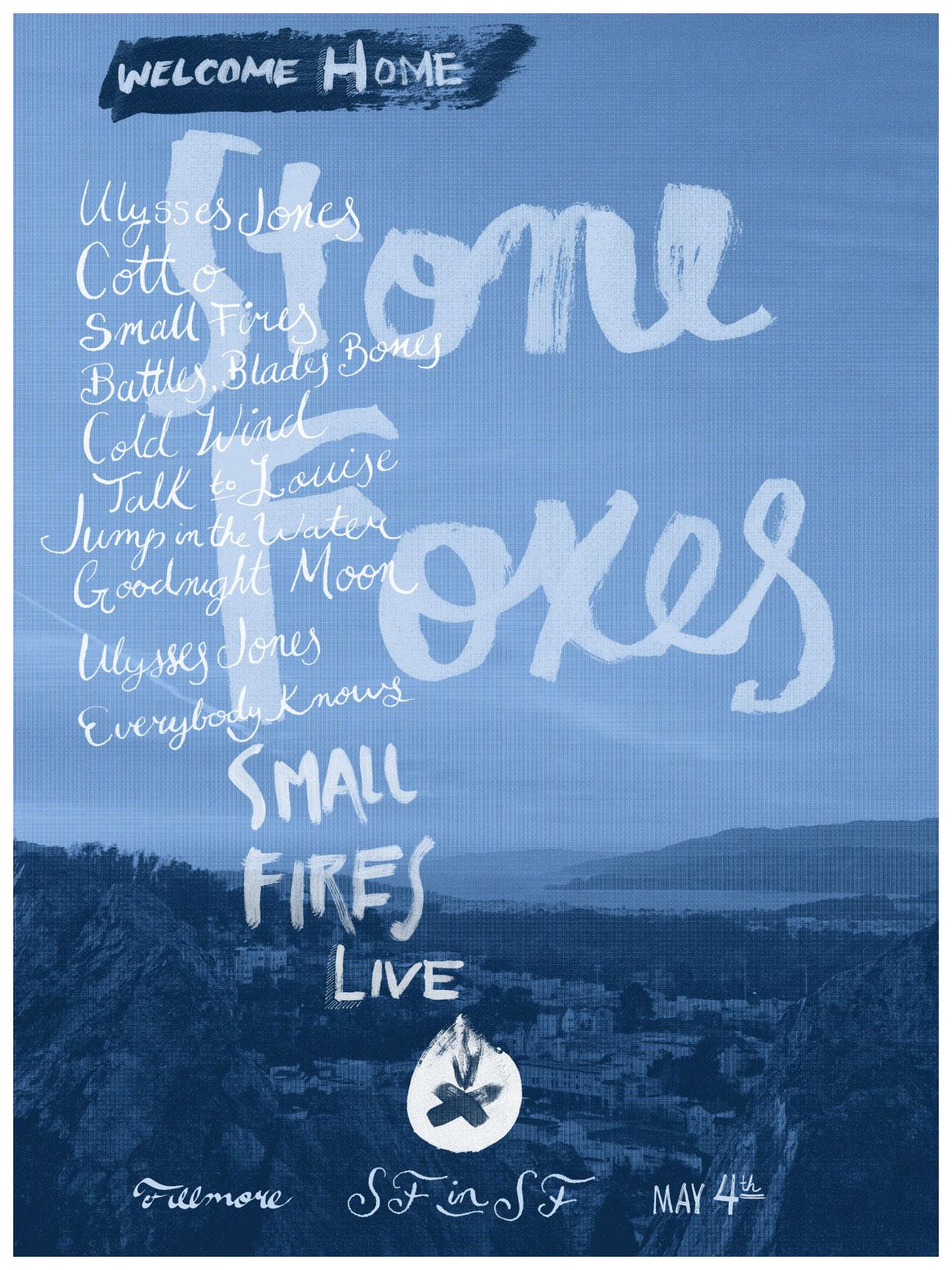 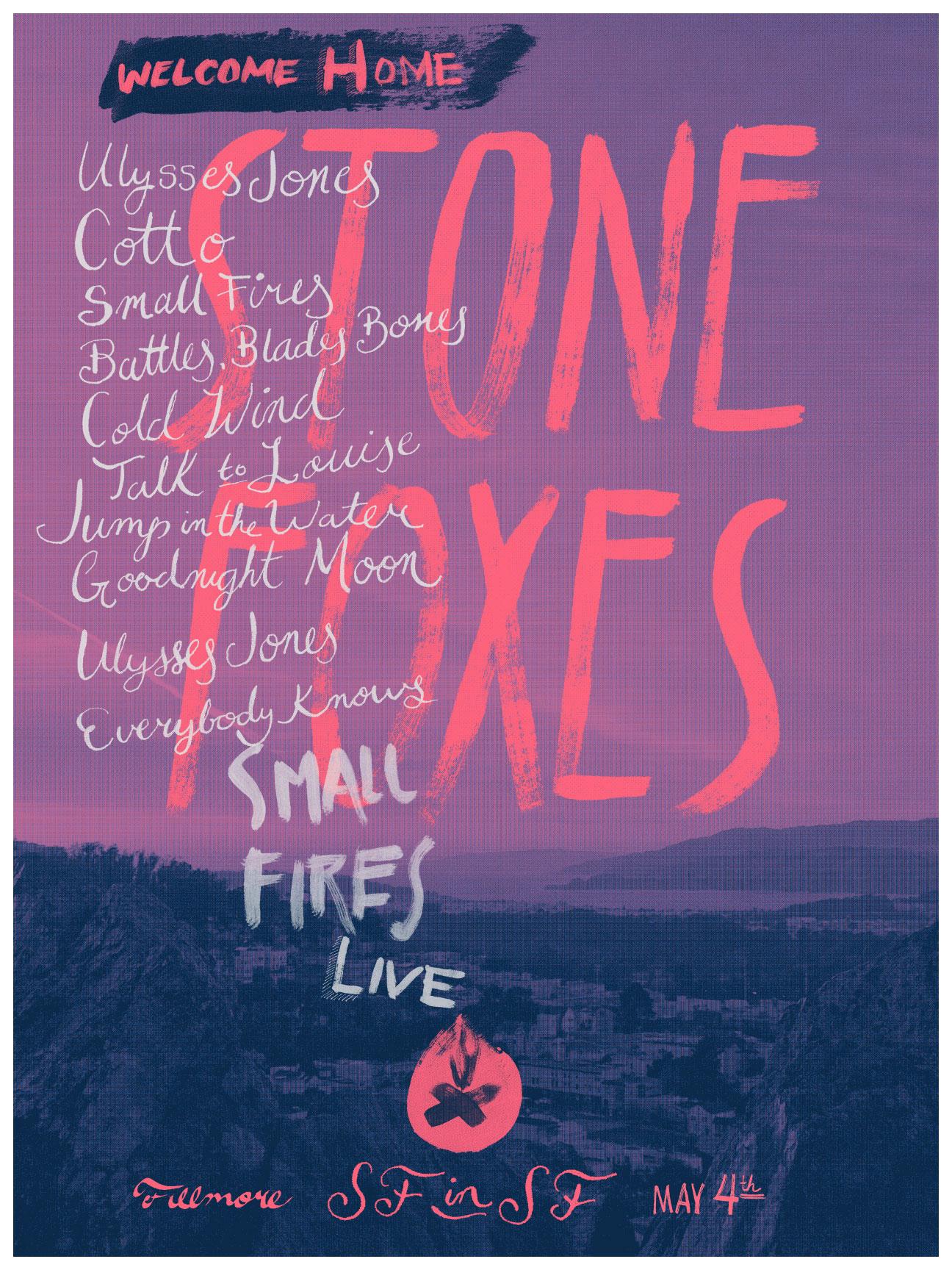 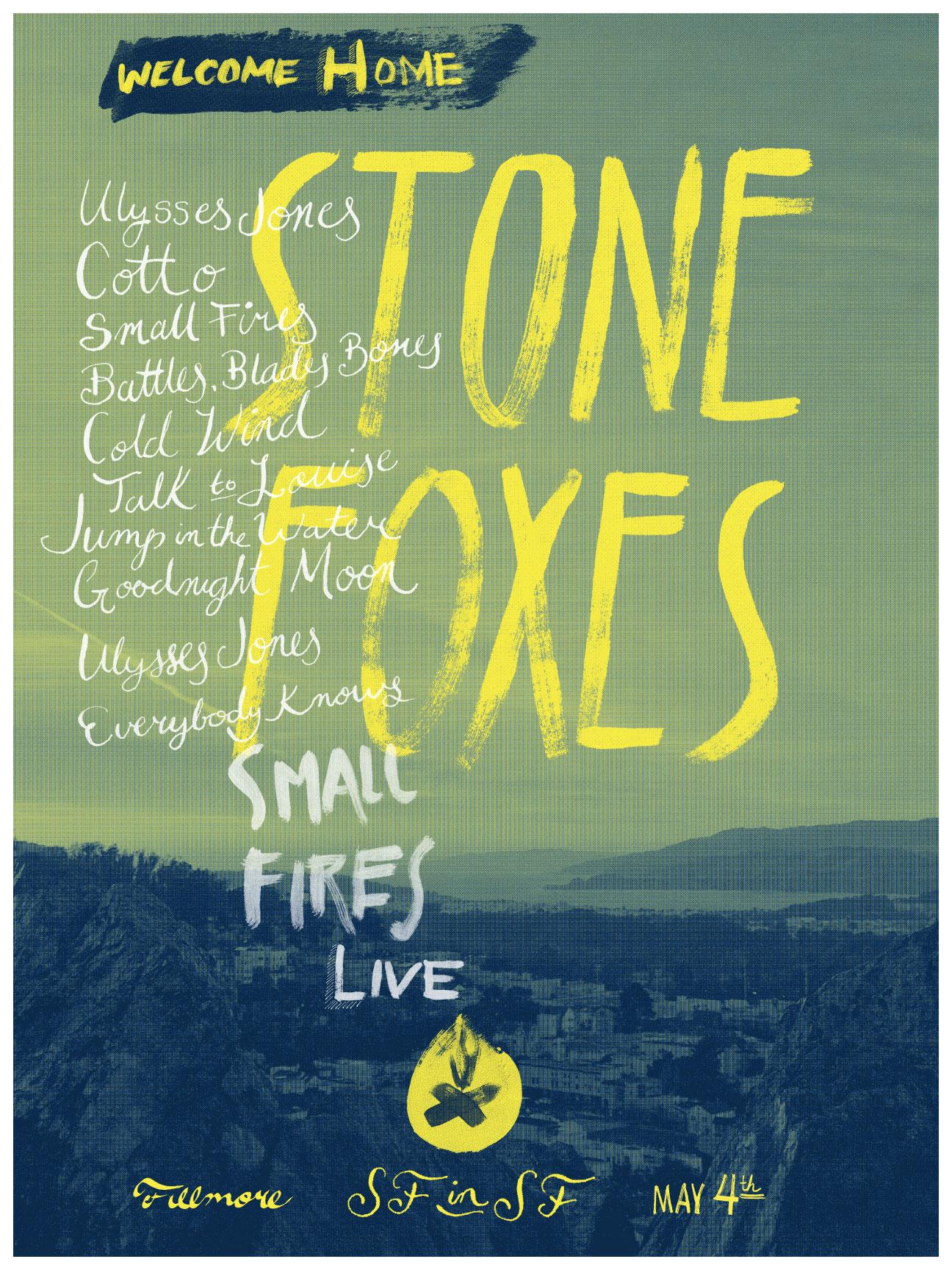 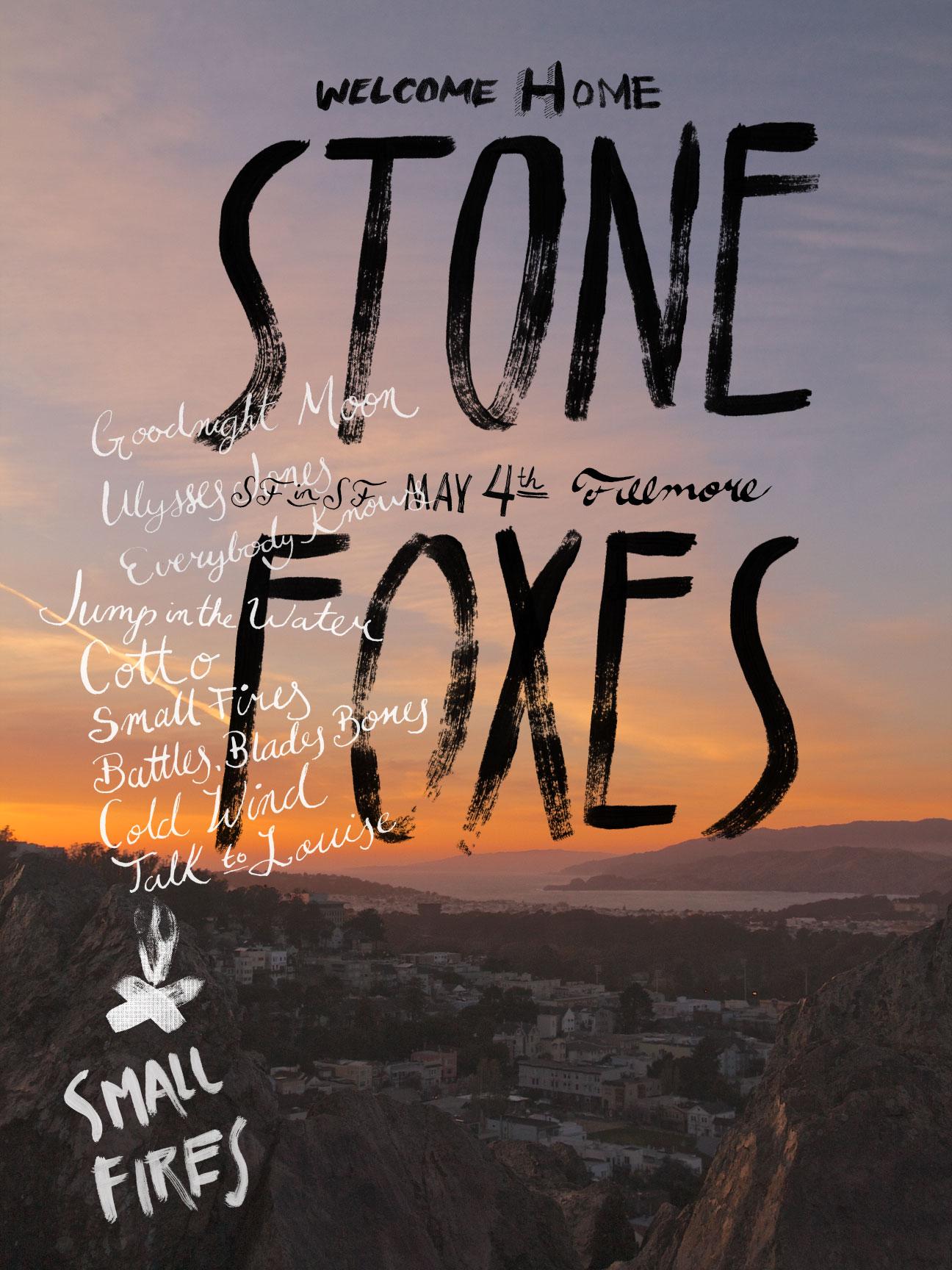 The Stone Foxes are a local (San Francisco) band who seem to be the kind of guys you want to root for.  I personally appreciate their reverenace for American music, their creative interpretations, the fact that their multi-instrumentalists and that they simply come to the stage to kick out jams.

After mulling over their website, their album art and some of their past posters I can see that they have an affinity for a loose style that shows a lot of hand.

I am proposing a poster for their "homecoming" show on May 4th at the Filmore in SF.  This is the last date on the tour for the album they just released titled Small Fires.  I would like the poster to be something they can give away to whoever buys a ticket to the show - so something nice but not overly precious.

My concept for this proposed poster calls upon tactility and a sense of rawness then juxtapozes these notions modern design sensibilites.  What do I mean by this?  Well I guess this concept could take many forms but let me show you some examples of what I'm thinking 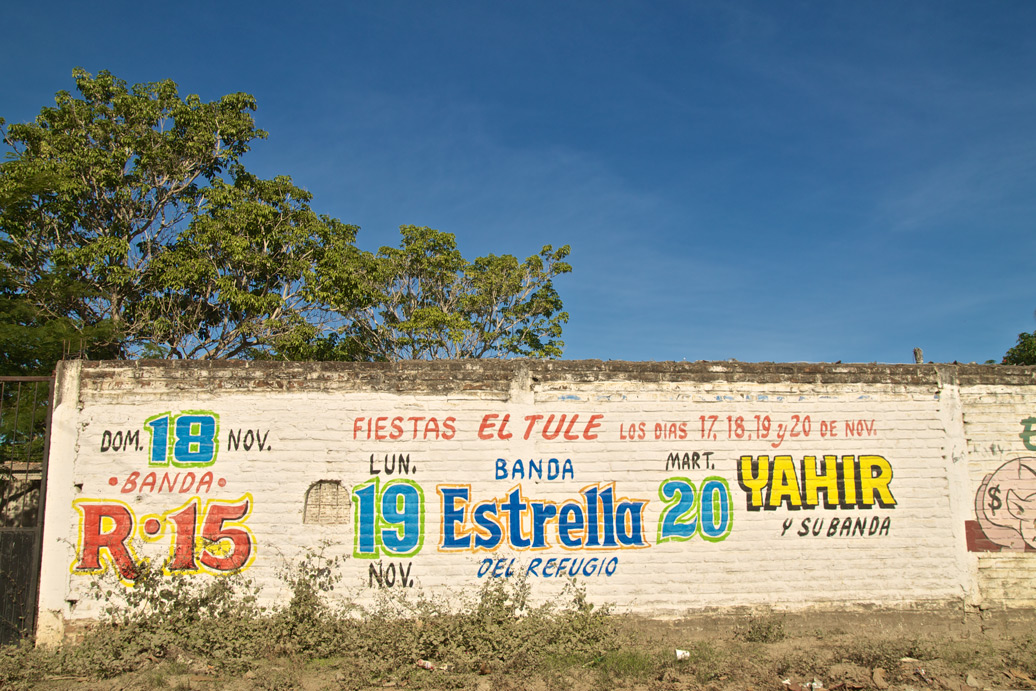 During a brief but inspirational vacation in Mexico I came across these concert advertisements.  In rural mexico it seems the pragmatic solution isn't poster printing but sign painting in big letters and bold colors.

America too has a tradition of advertising with paint and public space.  While I don't want to draw upon this type or style directly I do appreciate the correlation between the country and blues sound of the band and the rural nature of these images. 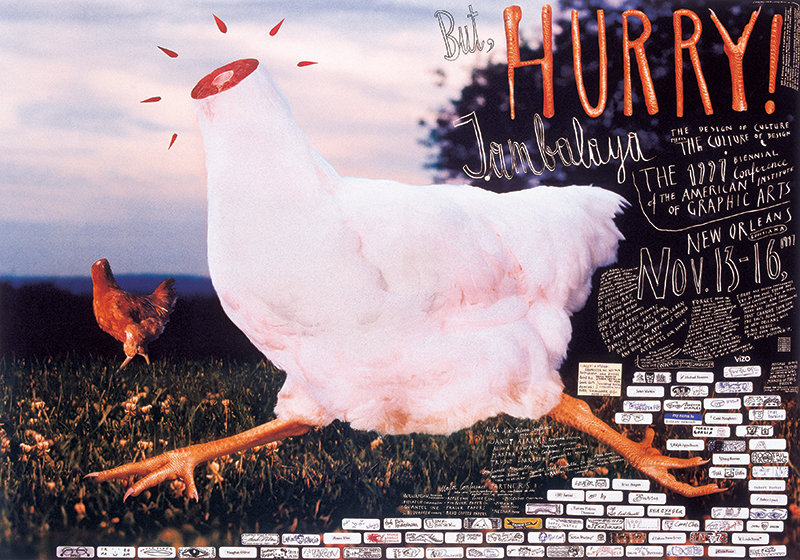 A Poster Sagmeister did for AIGA Modern Sensibility - Photo Based Poster

Sagmeister does a great job of using photographs as illustrations and relying on loose hand drawn type to convey the sepcifics of the message.  I plan on utilizing this technique only I am proposing typography as the main imagery and will use a second layer of type for secondary info. 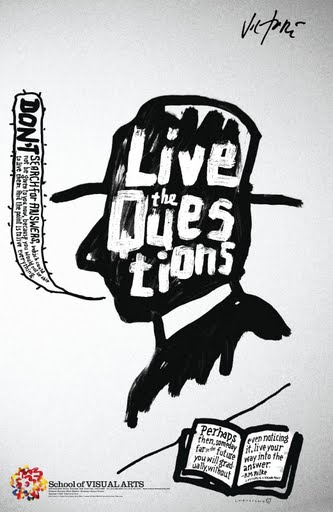 Illustrator or Designer? Who cares, Victore kicks ass doing what he does.  In this specific work I appreciate how the raw illustration is grounded and contrasted by vector type and secondary illustrations.

MY WORK SO FAR

Before the lecture I came up with some thumbnail sketches that got a lot of unoriginal ideas out of my head.

After listening to the lecture I came away with two reinforcing ideas.  The first - Do what comes naturally to you and try to expand upon that.  (Thanks for the reminder!). The other theme that resonated with me in the lecture was the idea of making the poster meaningful to the setting it was in. Like I said this show will be the homecoming for the band so I want to make some reference to San Francisco - not with the golden gate bridge or houses on hills but with something more human scale.... Don't know what this is yet.

As far as sketches go I have done some early experiments with type which will translate onto a hard surface with paint and be photographed.  (This does pay homage to a sign painting renaissance in San Francisco but I want a better reference to the homecoming than this) 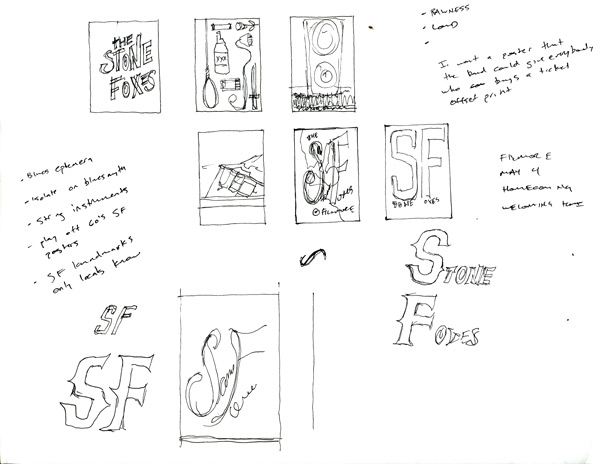 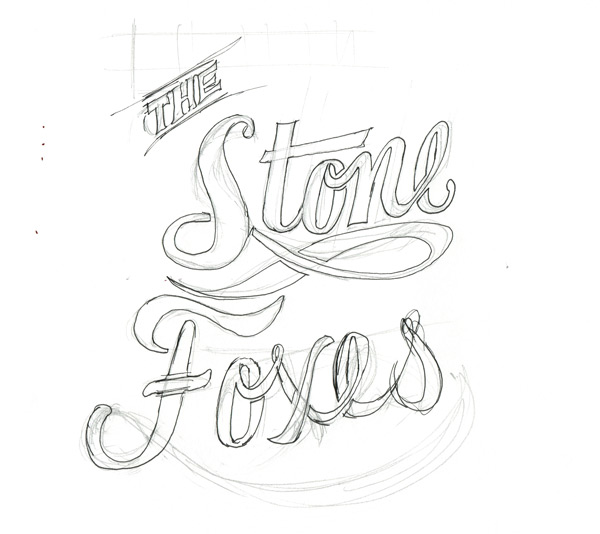 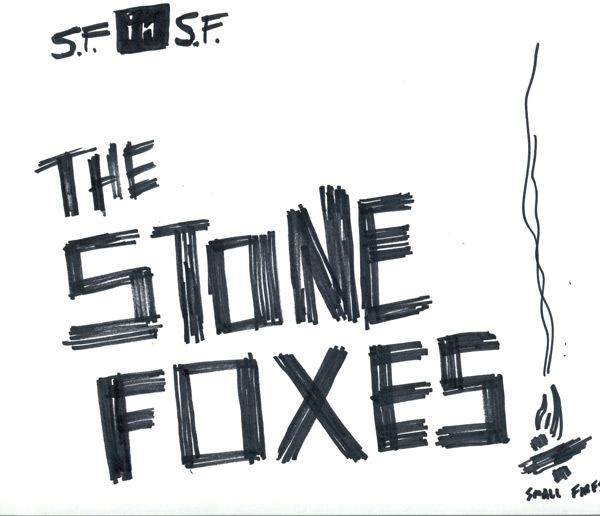 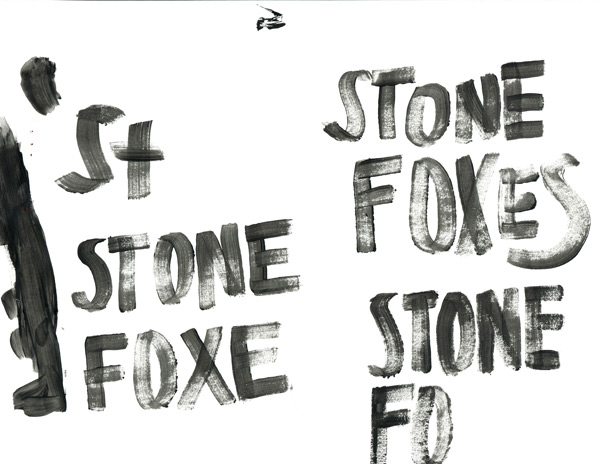 I plan on adding some more fleshed out varioations on this concept in the next couple days. Like I said before I still need to resolve how I can better ties this into San Francisco and how I can convey this homecoming theme.  I also need to expereiment with typography lying on top of photographs and would love to see some new examples of this.

I have put together some more fleshed out digital sketches.  These represent some primary stabs at typography leanings and composition.  Moving forward I plan on experimenting more with the use of a photgraphic background and some more compex compositions. 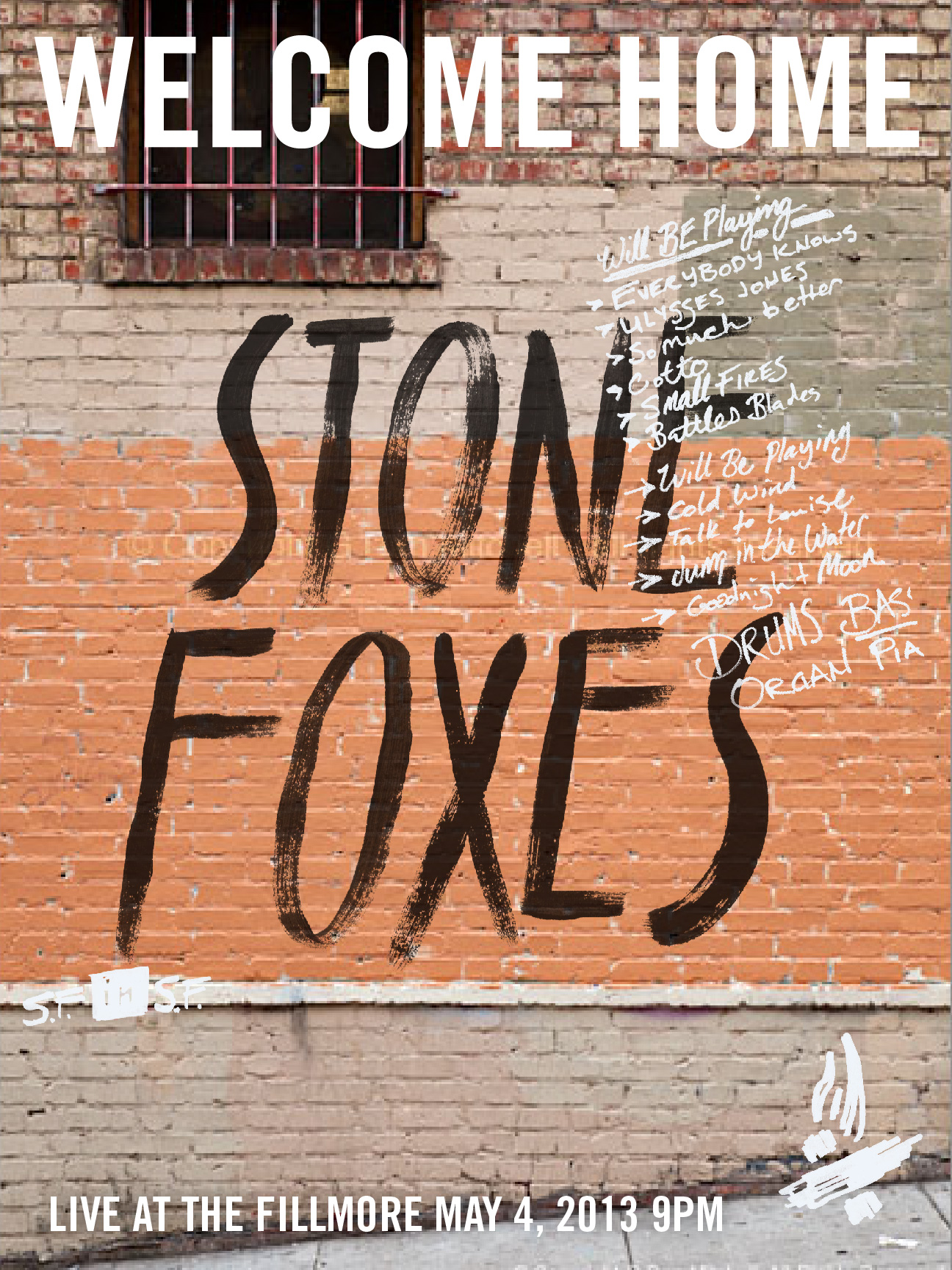 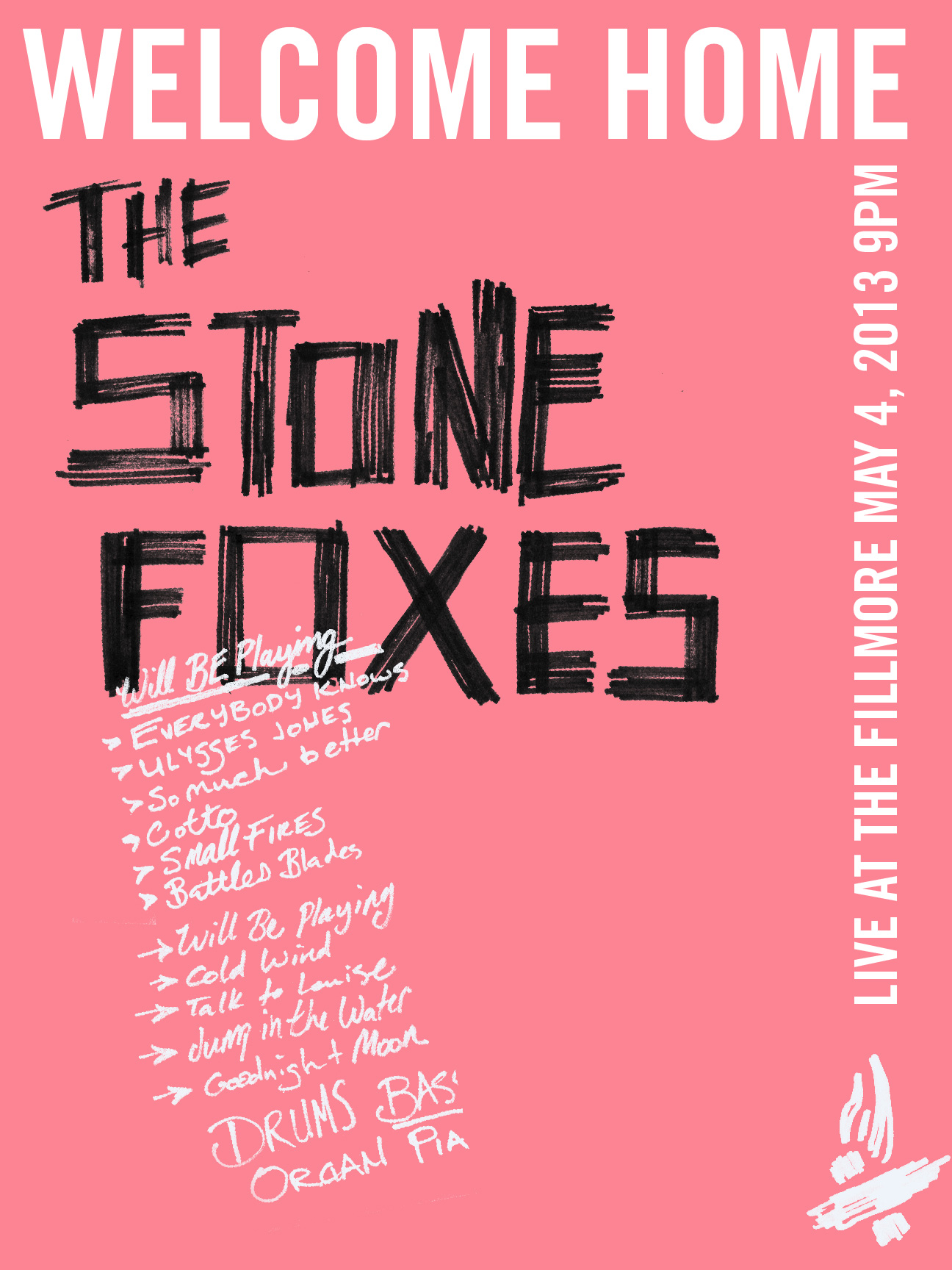 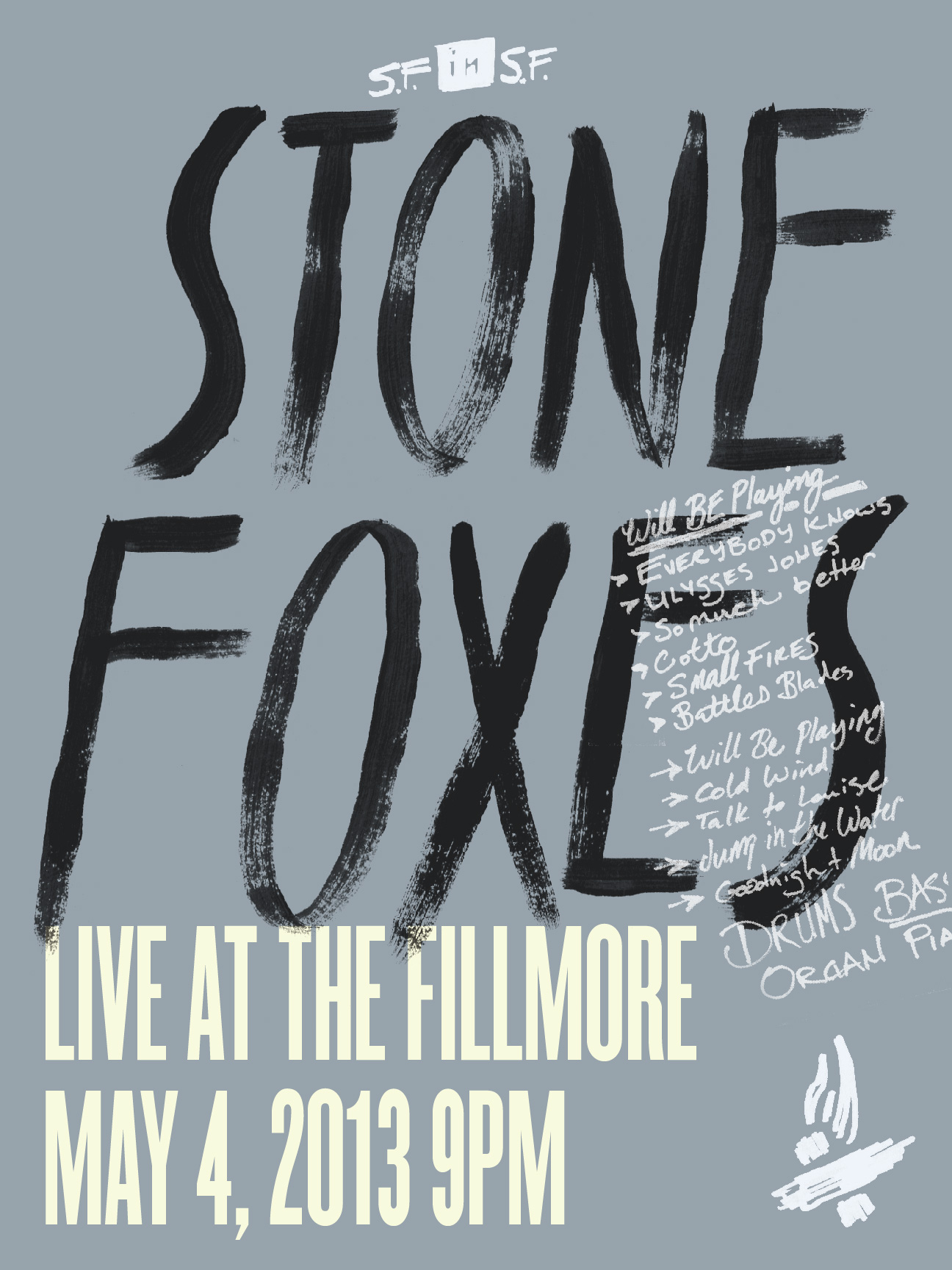 Thanks in advance to whoever provides any feedback!