The Simple Joys of Hummingbirds - Documentary

I have been really wanting to do some documentary style films. A micro doc seemed like do able project. Something to just get me going.

I really wanted to work on a talking head style doc. I personally find the asking for an interview to be one of the hardest parts for me and my introvert personality.

I know this sounds simple but it never occurred to me until this class. That is to look at a doc in scenes or small parts and focus on one part at a time. just changing my mindset made it feel so much less overwhelming to do a longer doc.

For style, I shot mostly with Tripod. (Handheld only in 2 different parts)

The sound design presented some different challenges. Was lucky I recorded white noise to help fill in the cuts of the talking head interview.

I had to cut a lot of stuff. If I did not have a time limit I would of hit on a few deeper topics. With the time limit, it was challenging to create the story in the edit.

I missed some shots and moments that would have helped pull things together more.  Caught myself turning the camera off too soon. Only to have an important moment unfold just as I stopped recorfing. Some Lessons learned for next time.

For lighting, I felt lucky I got a bit of an overcast day that gave me some softer light.

Found it challenging to capture the hummingbirds without my camera hunting for focus. Had to shoot manually and guess where the bird was going to be. Wish I had better zoom options so I could of set that focus without scaring them. (Shot in 4k and edited in 1080 to give me a little room to punch in while editing.

In the end I am really glad I did this class. Held me accountable and got me moving. Already have a bunch of other doc ideas I would like to start to explore. 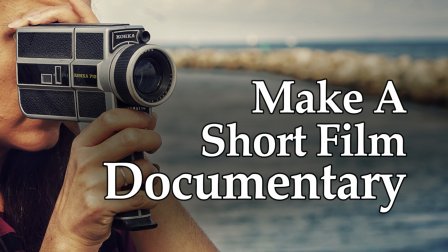