The Road Not Taken - Robert Frost

I chose to draw one of my favorite passage from a poem by Robert Frost :

And sorry I could not travel both

And be one traveler, long I stood

And looked down one as far as I could

To where it bent in the undergrowth;

Then took the other, as just as fair,

And having perhaps the better claim,

Because it was grassy and wanted wear;

Though as for that the passing there

Had worn them really about the same,

And both that morning equally lay

In leaves no step had trodden black.

Oh, I kept the first for another day!

Yet knowing how way leads on to way,

I doubted if I should ever come back.

I shall be telling this with a sigh

Two roads diverged in a wood, and I—

I took the one less traveled by,

And that has made all the difference.

I started by doing a light sketch of the letterforms. I struggled the most with the composition and flourishing. It's challenging to keep everything balanced and pleasant at the same time. 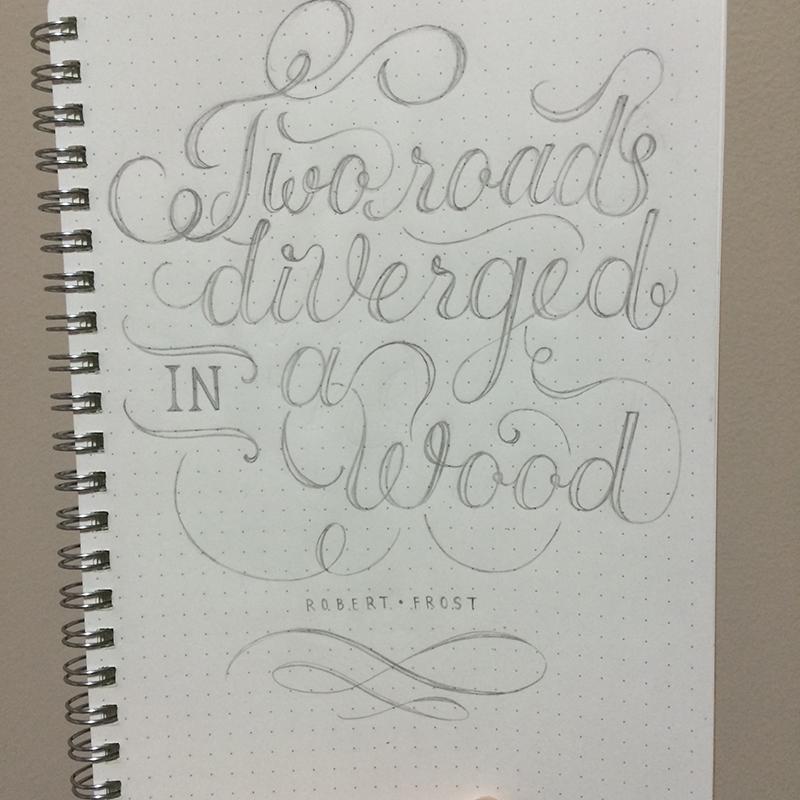 After numerous rounds of erasing and re-drawing, I thickened the outline around the letterforms and filled them in. 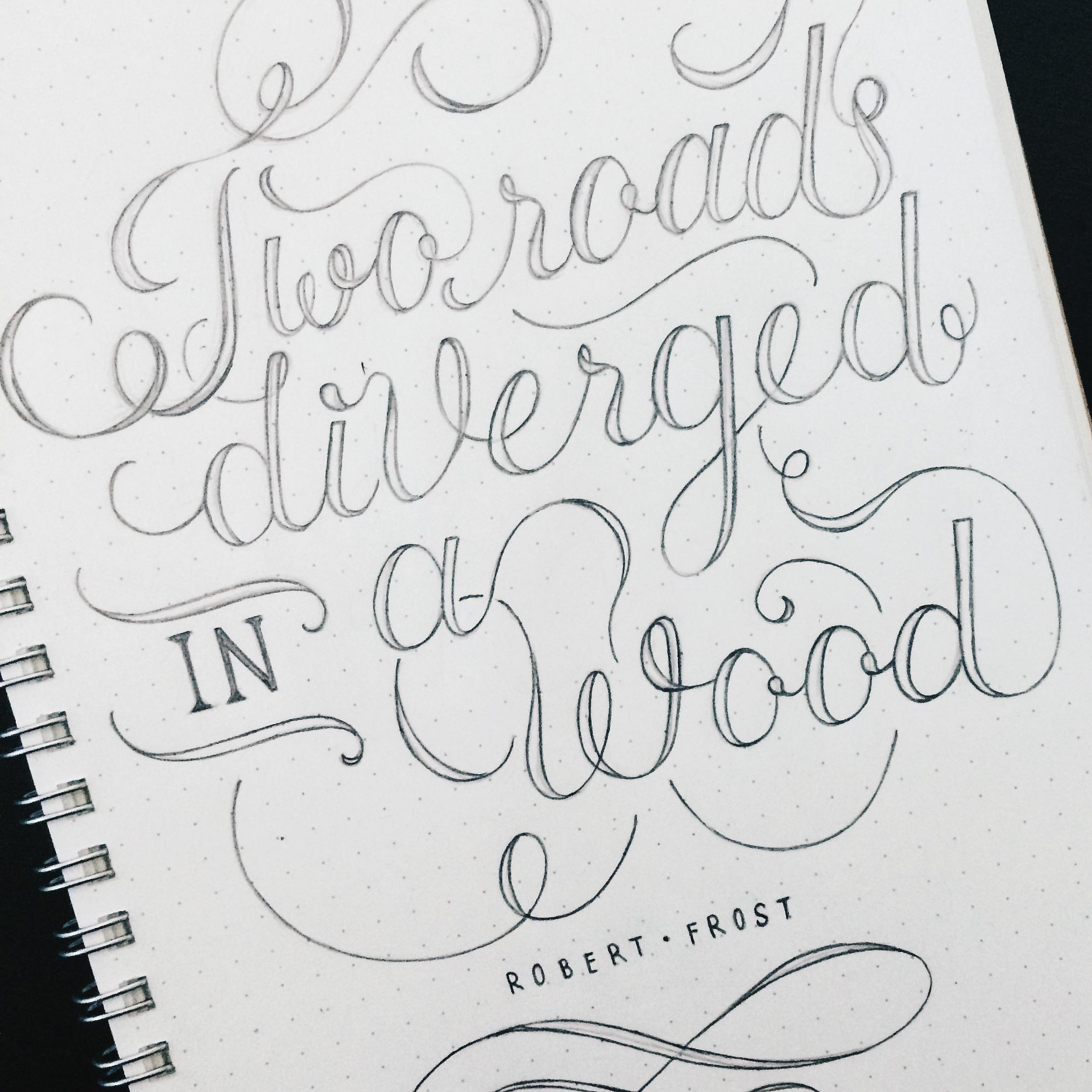 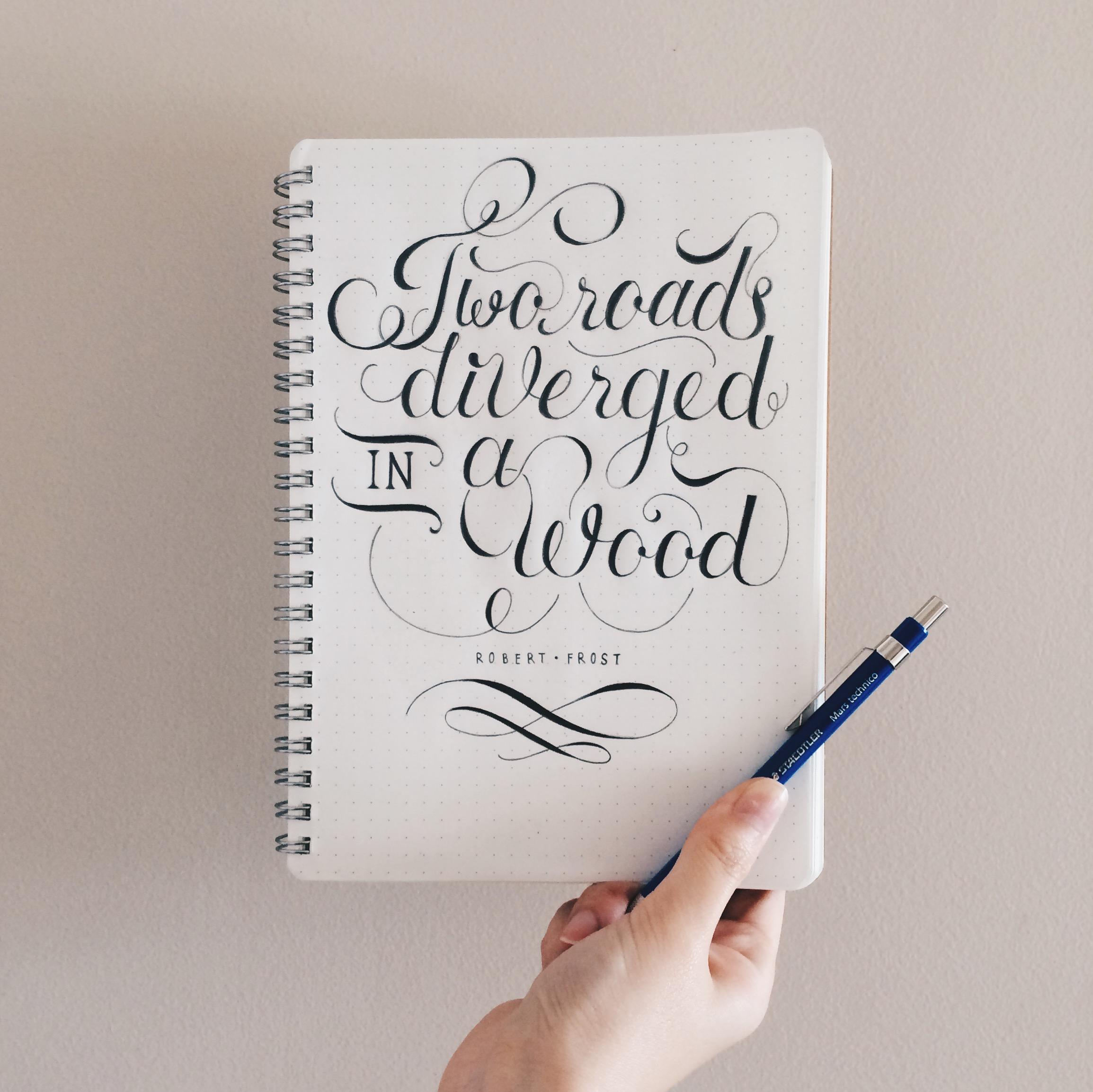 It could have been better - I noticed that the weight of each letterforms isn't exactly equal after I started filling them in, by then it was too late to erase and redo :( However, I am overall happy with the way it turns out. Let me know your thoughts! :) 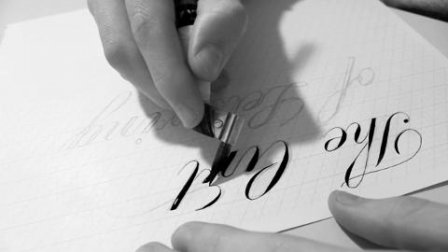 The Art of Lettering: Intro to Hand-Drawn Script
Neil Tasker