This is my first project in the UI/UX world. I am looking to transition from my job as a Digital Art Teacher into a Graphic/Visual Design role. While I was applying I was told to consider learning about UI/UX to broaden my skill set.

My hypothesis was "If a Young Person had a way to map out their routes, taking them on the "road less travelled" they would be able to learn more about their neighborhoods and feel more like a local"

I started out with the empathy map and haven't gotten into the wireframing but wanted some feedback to see if I was headed in the right direction. Any feedback would be appreciated!

Screens when you first open up the app.Address input ScreenDetails about your trip

Select what you want to see

Started creating general wireframes for my project. This was the start but after some feedback from some friends and other eyes it did change a good amount. The basic idea is still the same but I tried to make the process more streamlined and cleaner.

After creating the mood board and determine fonts I started to create the high fidelity wireframes and this is eventually what I ended up with. There were a lot of changes that eventually happened in the end but overall I am pretty happy with how the app ended up.

One of the major changes I made after getting some user testing was to decrease the amount of inputs the user needed to make to use the app. At first I had the app designed to that you need to click 8 times just to enter your starting and ending address but after feedback learned that a smartphone can usually automate the location so I trimmed it down to 2. Also, the details for the trip took 6 clicks but again I reworked it to be a simple slider instead. I'm glad that I made those changes and made it simpler to use.

Here is the final video of the app in use! 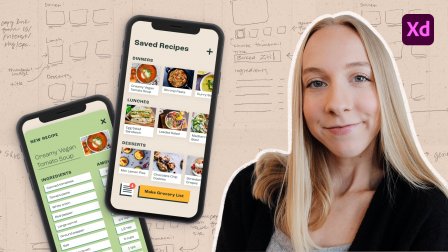