He held up the paper. It was the best thing he'd ever written and it would make him famous.
He massaged the cramp from his wrist and beamed at the sheets in his hand. It had taken years of painstaking effort. It was his life's work, it was done.
“Honey, is that - “ his wife walked in with a cup of tea. She pointed to the paper.
“Yes” he whispered. “Yes. It's done” he cleared his throat. “I think it's done.”
“Oh Harold,” she glowed. “I'm so very happy for you.”
She looked at him with obvious pride. “Are you happy Darling?”
He nodded, still clutching the paper.
“Oh yes. Very happy My Love.” He flashed her a wide grin.
“I brought you some tea” she said, remembering the cup in her hand. She placed it gently on the table next to the typewriter.
“Shall I get the champers?” She said in an excited voice. “Yes, it's perfect! I'll go and get the bottle!”
He nodded and moved to place the paper on to the desk. He stopped in mid movement and looked at it.
How much had this cost him? How many friends? How much time and money?
And he knew his health had suffered for it. So had his wife's. There was rarely a day where one of them was not unwell.
But it was finished. He had done it and now they could go back to living normally.
He could get a job, they could go on holiday. See the grand kids – how old were they now?
And yet -
He hesitated. What would he do now?
This was his life. And now it was finished.
His smile didn't waver as he placed the paper on his desk, opened the drawer and reached for the box hidden away at the back.

His wife hummed happily as she emptied the final tray of ice cubes into the small metal bucket and placed the bottle of champaign into it.
This truly was the most wonderful day and she was so proud of her husband.
She sang a tune quietly to herself as she climbed the stairs to his room but stopped at the top as a sound came from the room and turned her skin cold.
Tap.
The smell of smoke.
Tap. Tap. 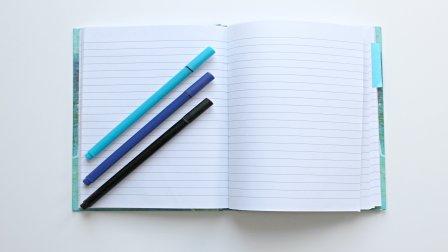