The Other investigates the gaze from Chinese men to a perceived foreign presence in Shanghai – the artist himself. As an American with a different economic, educational and cultural background than many of his fellow Shanghai residents, Broz examines his role as a relatively privileged outsider in China through the eyes of his subjects. Setting up a tripod with a remote shutter on the city's downtown riverwalk, Broz captures the genuine and spontaneous stares of male passersby, shooting the photographs while looking his subjects in the eye rather than hiding behind the camera’s lens. Using black and white photography and vintage Chinese 35mm film lenses, Broz focuses on the wide variety of his subjects’ projected emotions, ranging from curiosity to passive aggression to blatant hostility. Not only examining the complex array of Chinese attitudes toward outsiders, Broz also universally questions the arbitrarily constructed origins of our often inaccurate and stereotypical perceptions of others. 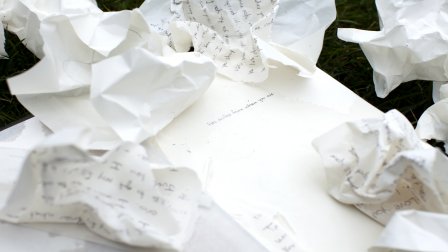