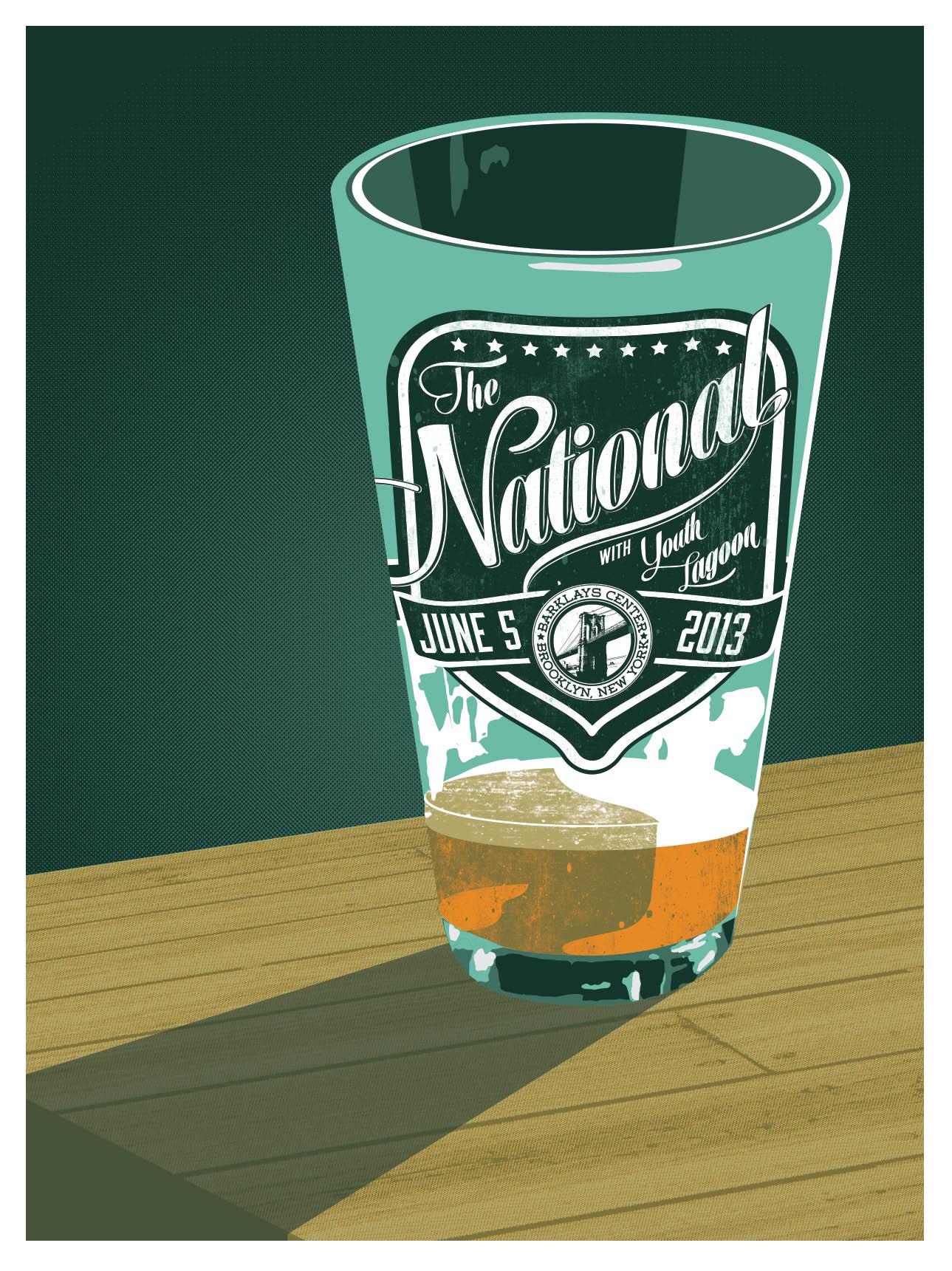 Here's my most recent draft that I've been working on. I tried to simplify the beer in the glass, and I took the suggestion to extend the shadow down the table. I also wanted to give some sort of wood texture to the table. Let me know what you guys think about the direction this is headed. I feel like it's still missing something, so any suggestions would be appreciated. 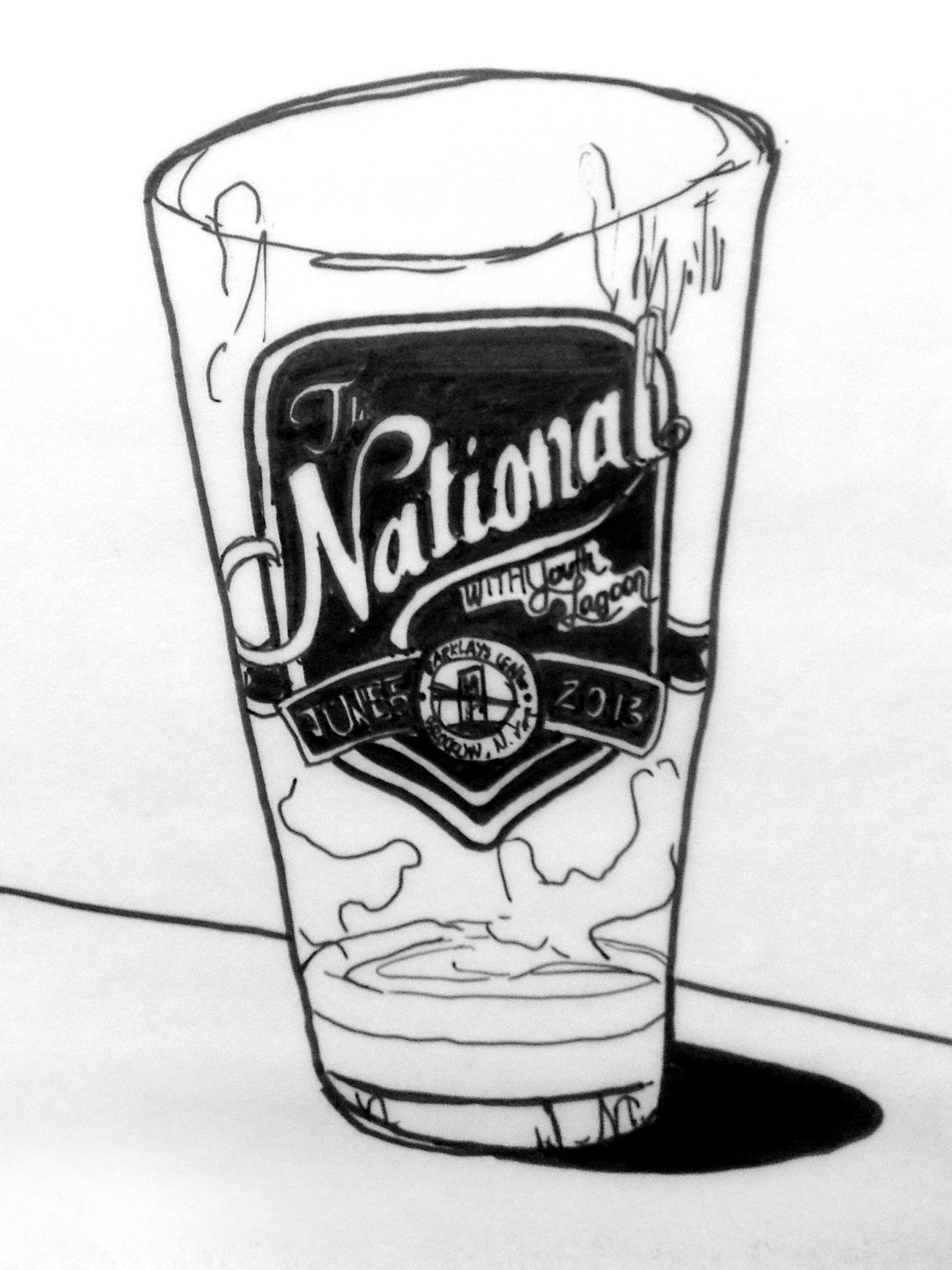 After many a sketch, I settled on this shape for the glass logo. 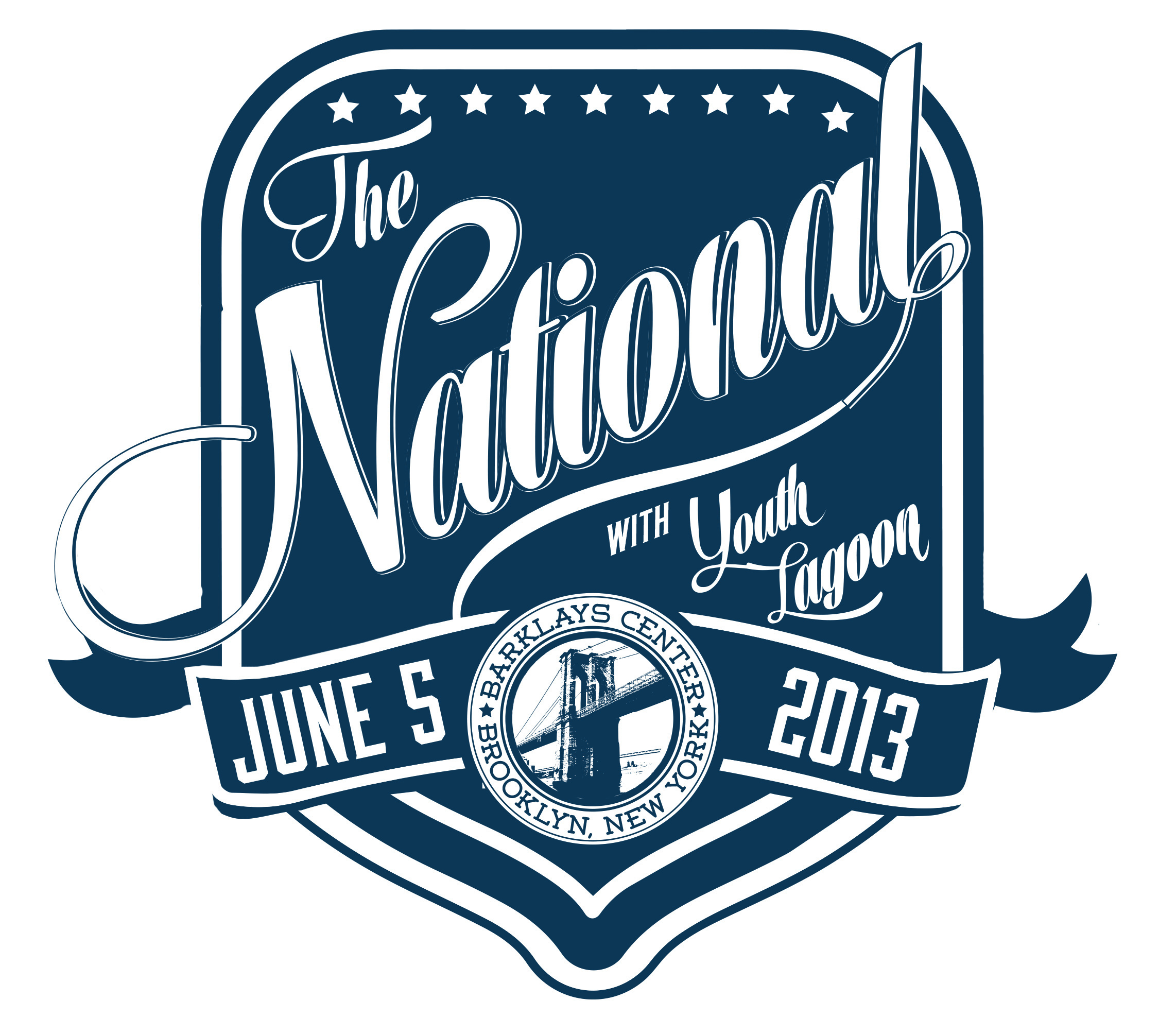 I've started the seal in Illustrator, but I'm still a little unsure about everything but the main title. I don't really like how the date is split up, and I'm questioning the Brooklyn Bridge in the smaller circle. It seemed like that would be the go-to imagery since the band is from Brooklyn, and the concert takes place there as well, but is it too obvious/literal? Any critiques would be appreciated 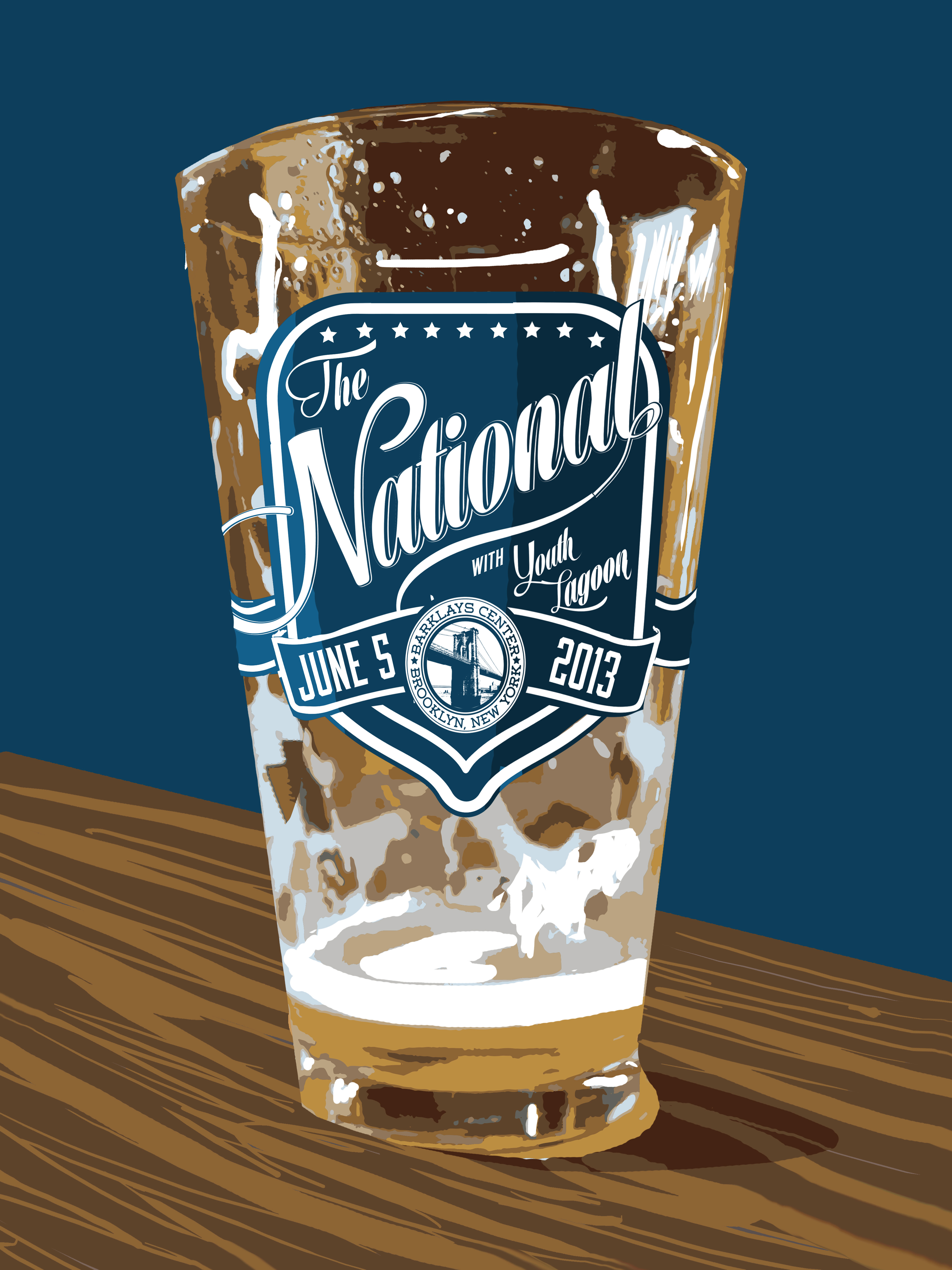 The original color pallette I was thinking of had a lot of orange/yellow with blue shadows and a blue logo. I made this little mock-up in Illustrator: I'm not planning on the final product to look anything like the live-trace glass above, this was just to see how the colors lay out. And after doing this...I'm not really liking the colors. I'm planning on actually screenprinting this, so I'll have to keep it to 5-6 colors max. I have some other color inspiration below that I think would make a much more interesting poster :

^For a more retro vibe. 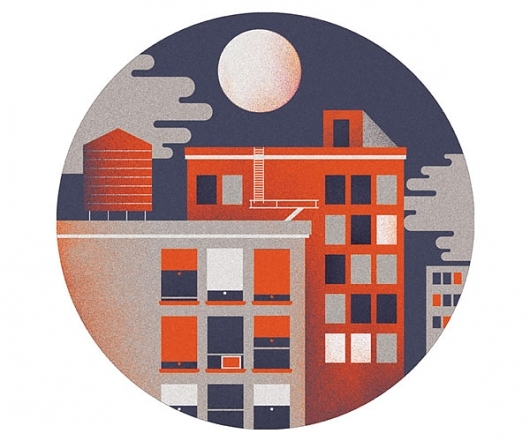 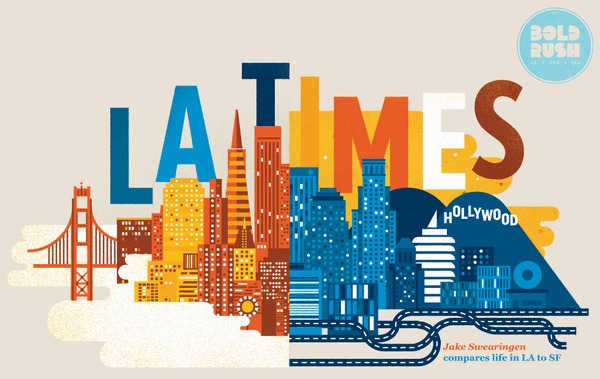 I'm a sucker for complementary colors.

I'll update again before the final due date...

For my project, I chose to feature The National for two key reasons:

For those who are unfamiliar with the band, their lyrics have been described as "dark, melancholic and difficult to interpret". For me, they're a band I listen to when I'm alone and want to think, so I kept that in mind while sketching ideas for my poster. The band's own imagery seems to evoke these feelings as well: 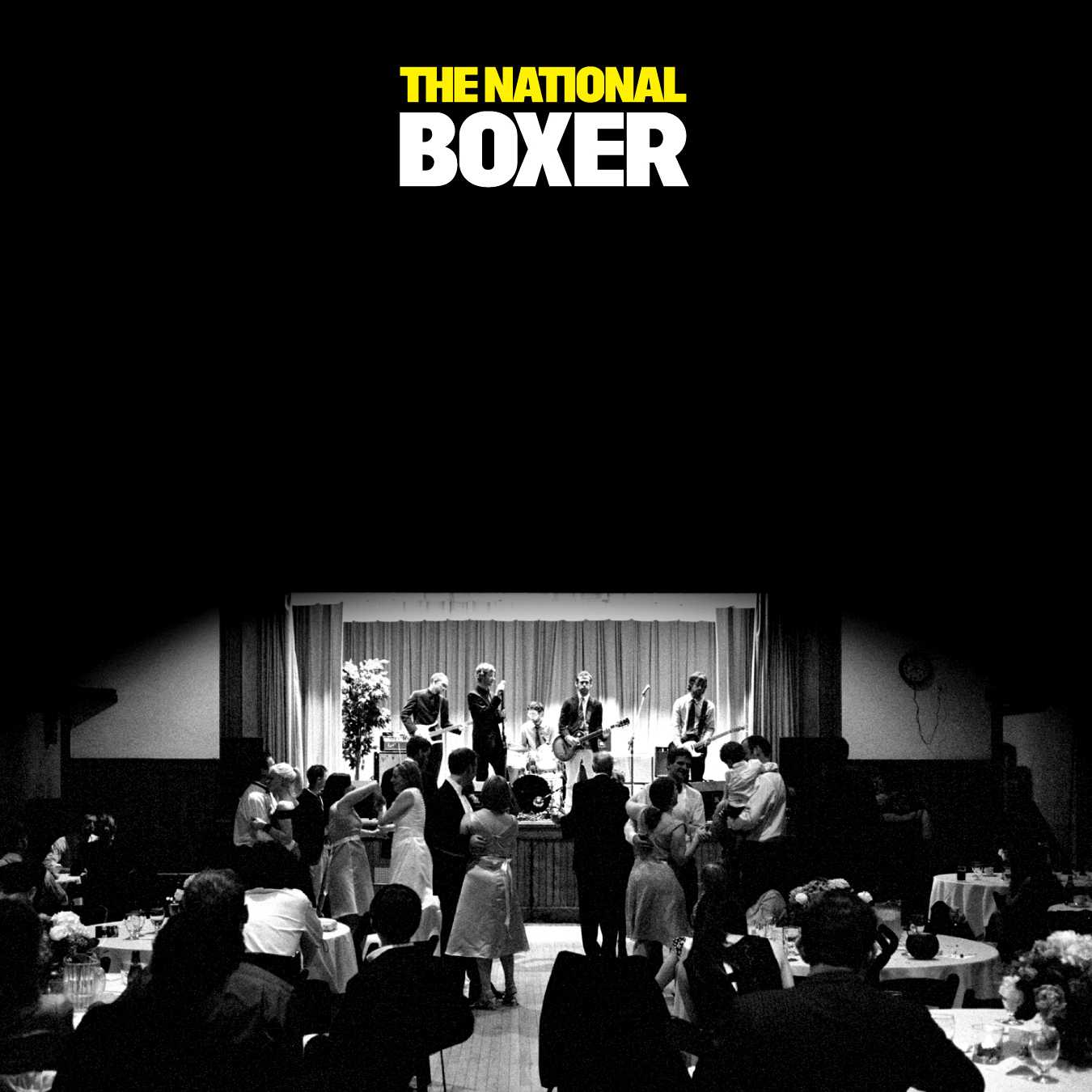 The following are a few of the bar-imagery I came up with that I felt would make an visually interesting gig poster. 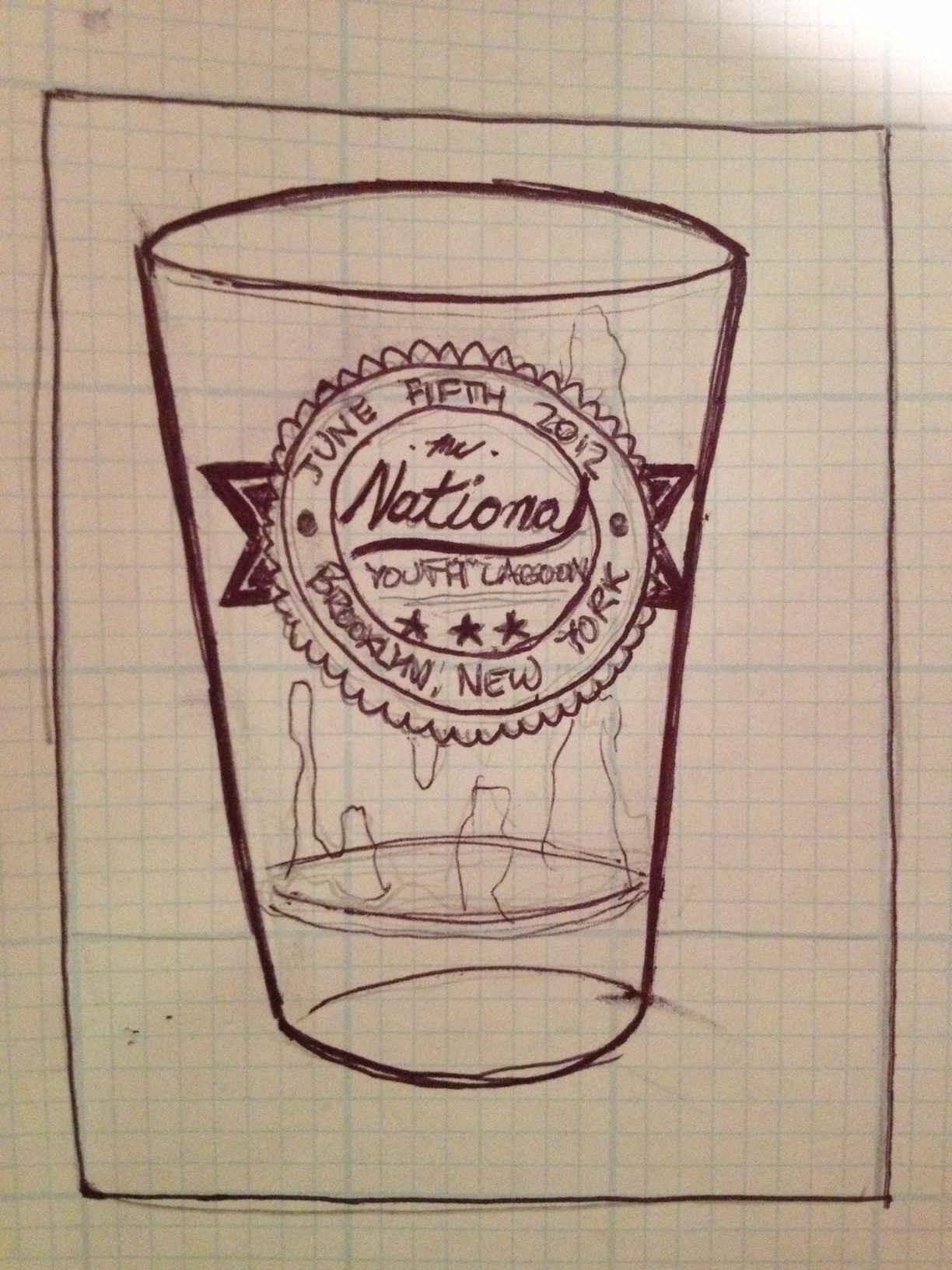 To make things a bit more interesting, I would want the glass to be almost finished rather than full. I think the remnants of head on the inside of the glass could be a neat effect, and it gives it a little bit of a story/action. I also had another idea with the logo on the glass, but accompanied with a plate of half-eaten food. I'm leaning towards the solo glass.

Let me know what you guys think; anything and everything is appreciated.