The Minotaur: Death by String

Here's my first draft of the Minotaur storytelling sequence. I know storyboards don't have to be super detailed, but dunno if it's too messy. Also, not sure the proper name for some shots, but I hope things are clear even without my little extra descriptions. 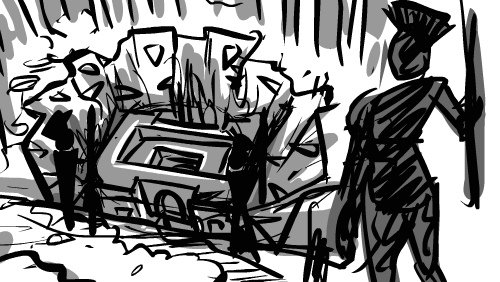 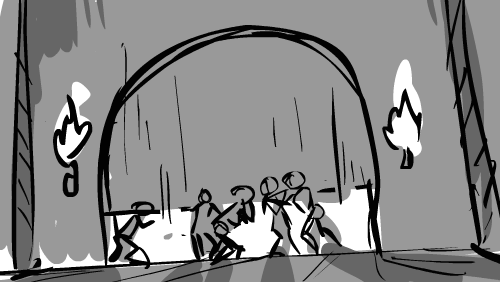 The seven kids getting trapped within as the dungeon door closes on them. Into the darkness. 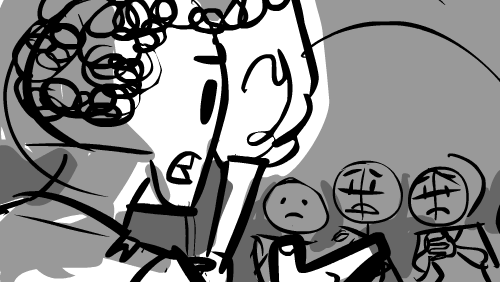 The kids cower, but Theseus steps in to comfort them. He has a secret weapon. 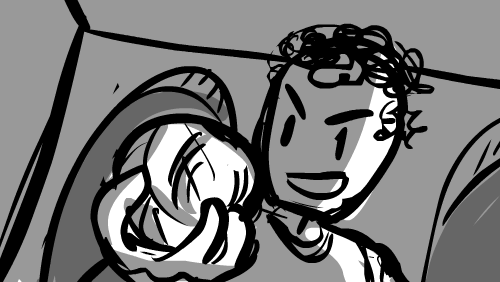 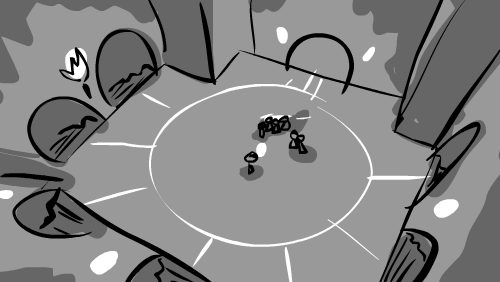 We hear a deep, echoing ROAR. Take away Theseus's power. 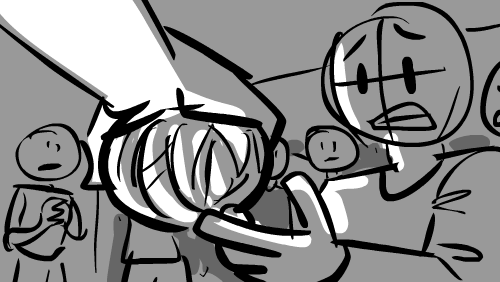 Close in on Theseus giving one of the other youths the ball end of the gold yarn. Important detail for later. 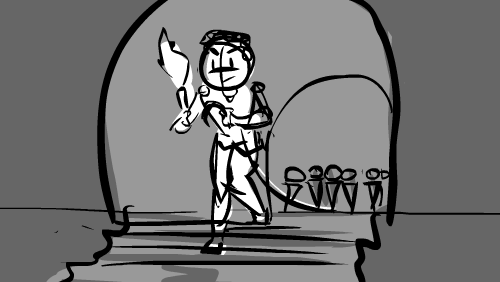 Show Theseus moving away from the group and deeper into the labyrinth. 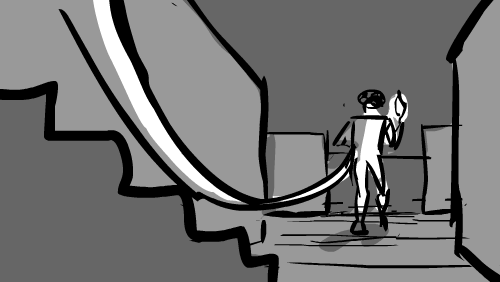 Show how the gold yarn is being pulled, as well as showing Theseus going further in. 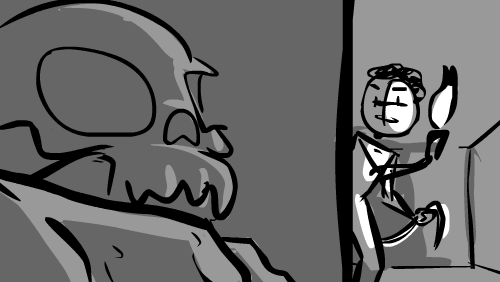 Theseus continues exploring. We get some environmental detail showing the danger involved. 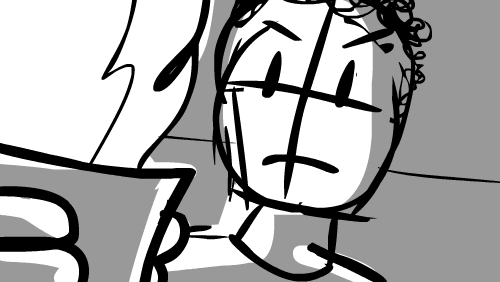 We see Theseus's heroic determination as he continues on, which changes very quickly as we pull back to... 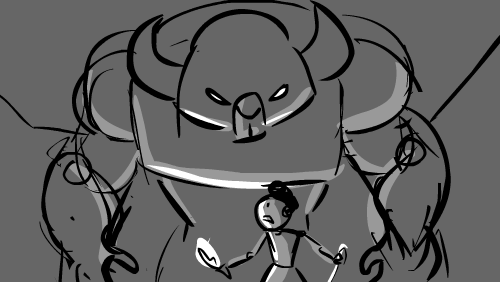 Our first shot of the Minotaur. It's gigantic, and easily overshadows Theseus. 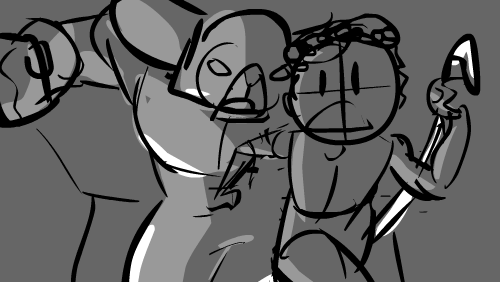 And Theseus runs, as we see the Minotaur pull back. 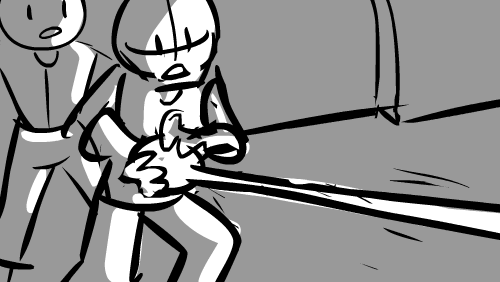 We see the gold yarn ball from the point of view of the other youths, as it pulls taut. 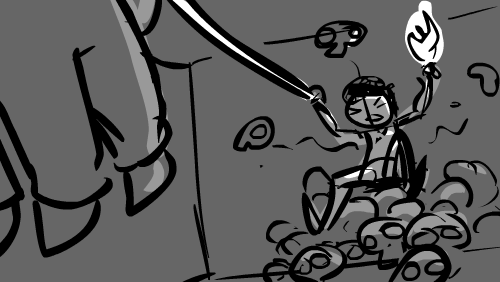 Theseus gets slammed into a pile of skulls. 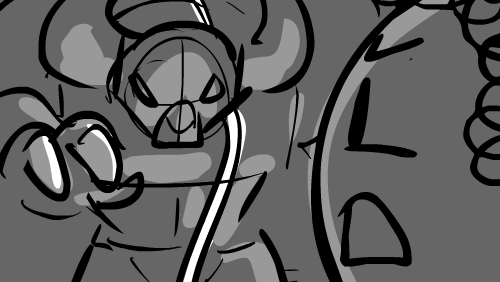 We see the Minotaur from Theseus's point of view, it comes closer. 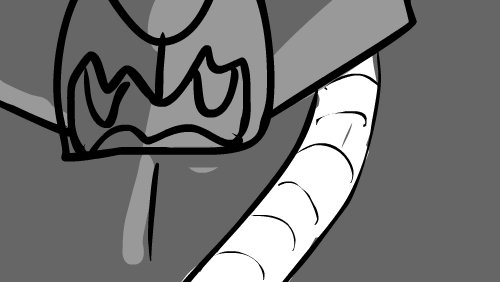 We close-in on the gold yarn wrapped near the Minotaur's throat. 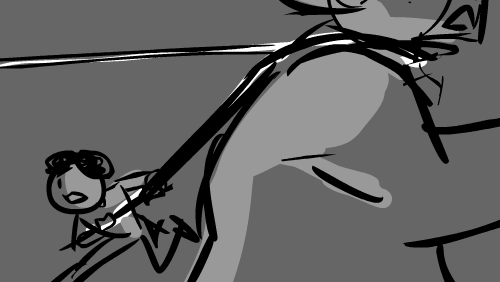 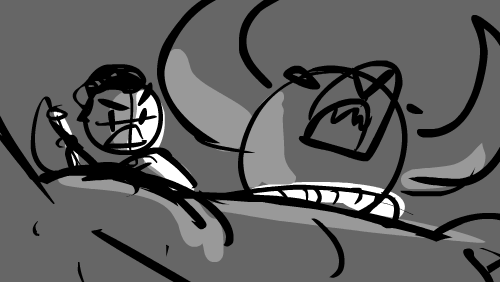 Theseus pulls on the gold yarn on his end, the Minotaur screams in resistance. 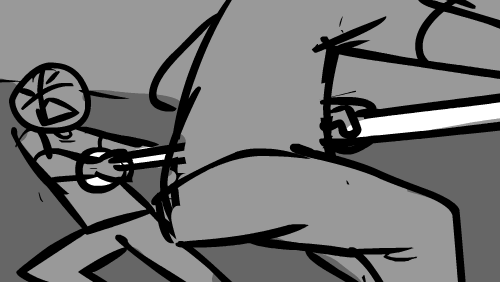 We cut to the other youths, who are now pulling the gold yarn as hard as they can from their end. 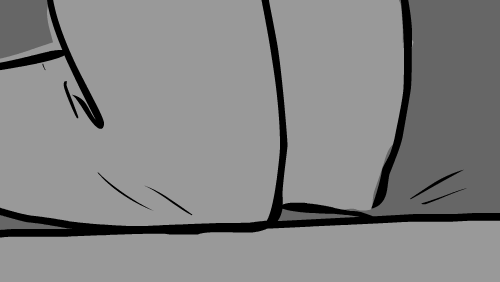 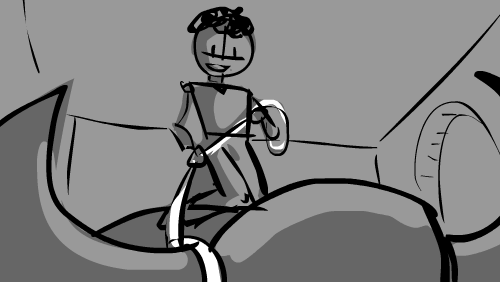 Theseus sits over the Minotaur, the gold yarn no longer tight, and a smile on his face.