The Many Faces of David Bowie

I'm a huge Bowie fan and it's a Bowie year - at least it is here in the UK. A huge retrospective at the V&A, a new much acclaimed album after 10 years of silence so this seems an apt subject. I think he's had enough different guises to warrent a series of icons and I'm going to try my best to deliver them :)

Guess what this is? 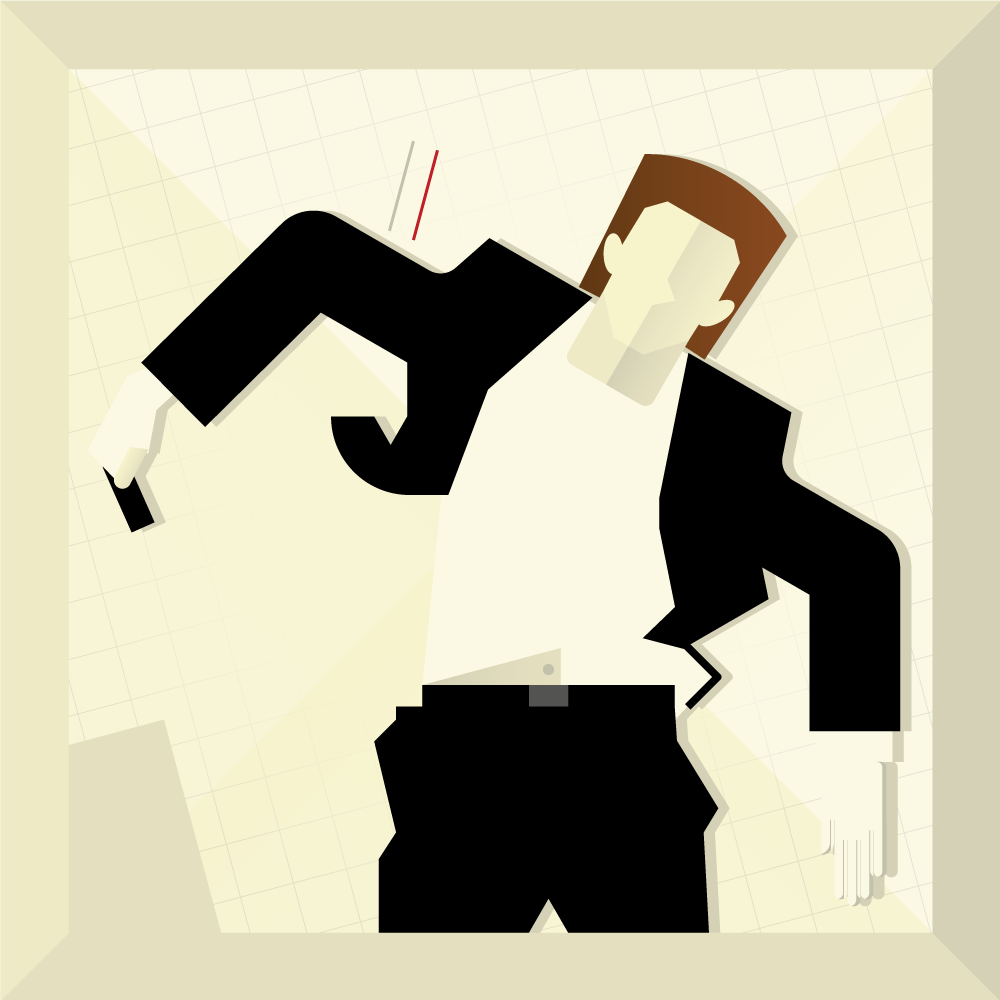 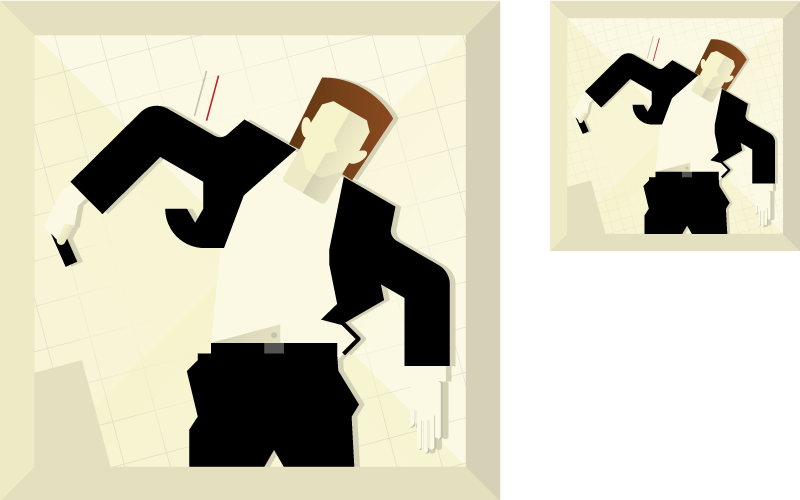 Wanted to have a unified colour feel to all the icons despite being pulled from different album covers (some are in b/w for instance) and very much want a more muted vintage feel to all of them without too much bright white. Still working on this but getting closer. 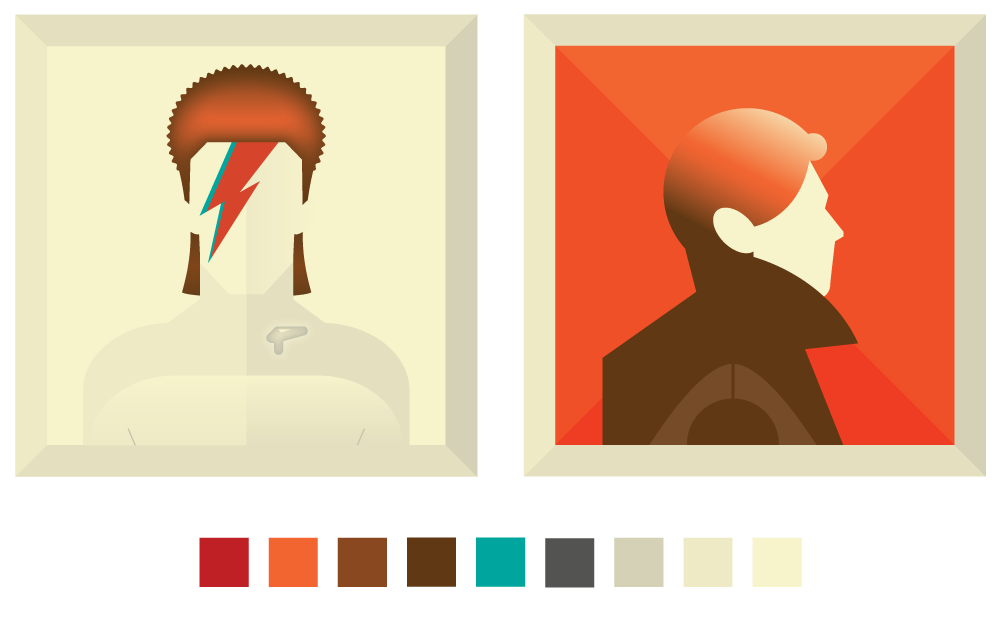 Jumping ahead a bit here and trying to work up something quickly in Illustrator. Think I've decided to go down the album cover route, but not sure what to do with the framing. Will probably reveal itself as I go onto other covers. Should it be a plain square? 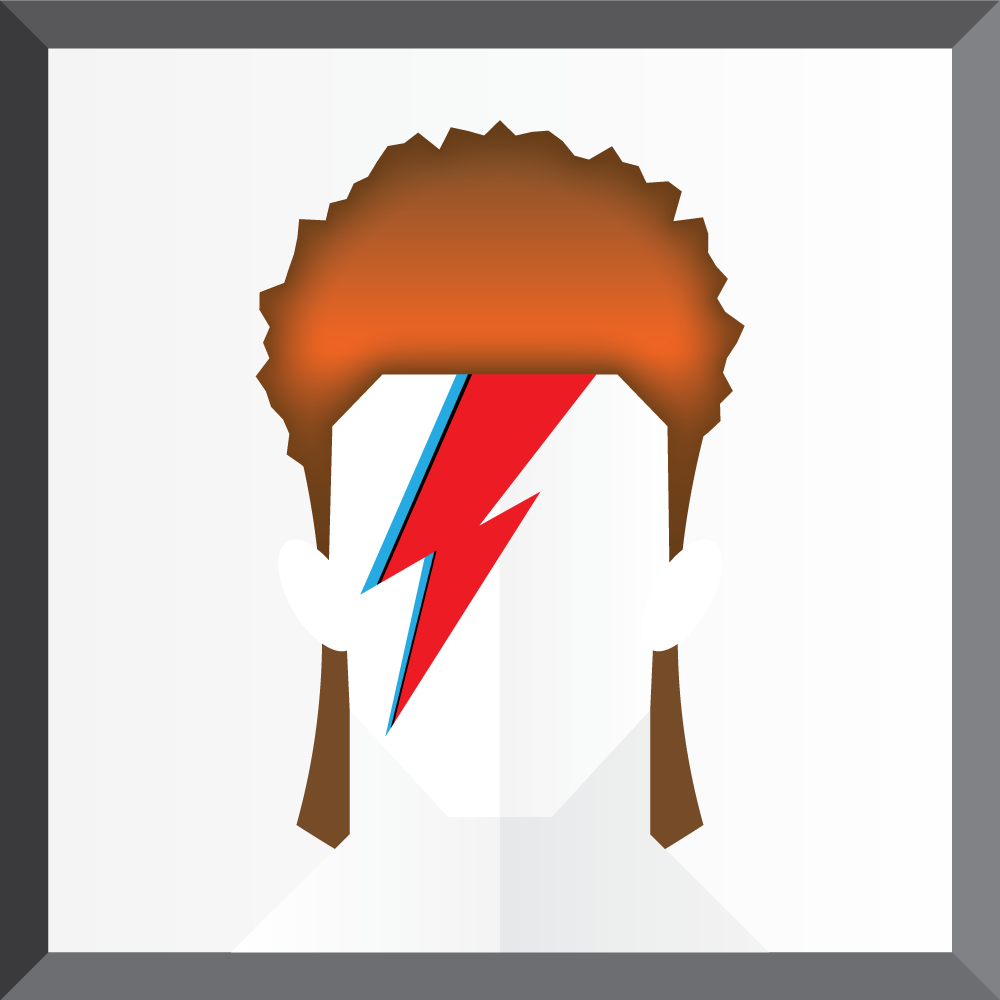 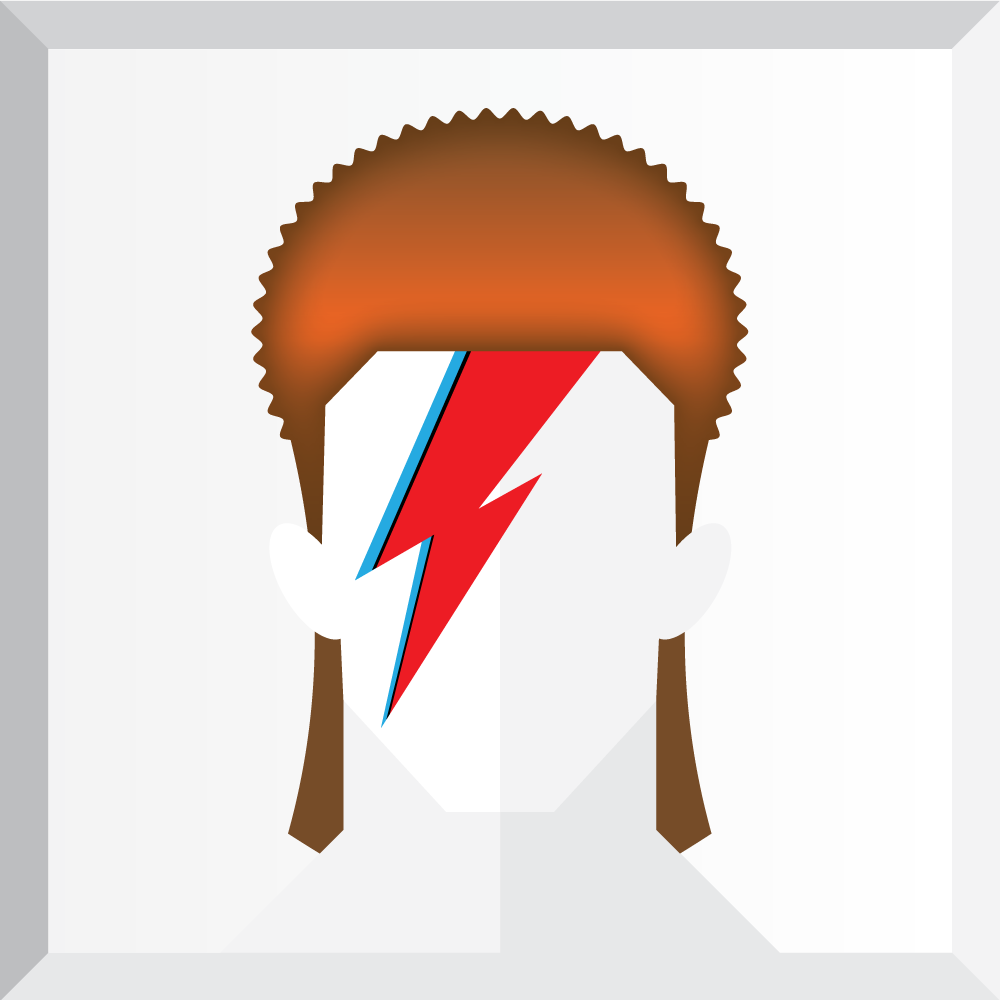 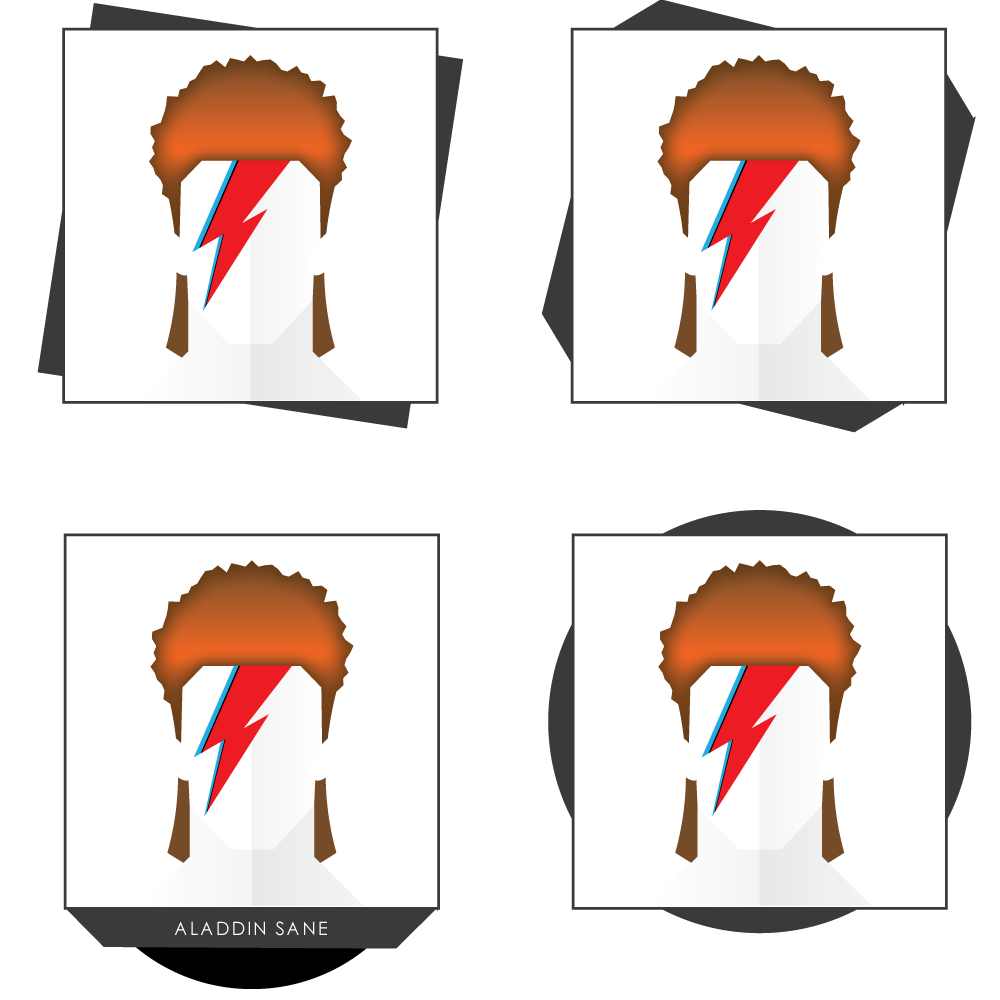 Playing around with framing options.

I haven't got very far with this. Heavens, there was a time in my life where I could draw pretty good (honest). Seems I've lost that skill just a tad :) I almost felt too embarrassed to post these. Anyway, these first sketches are me just trying to work out the shape of the face. Luckily, Bowie has quite a nice angular face and I hope I can hone this a little more. 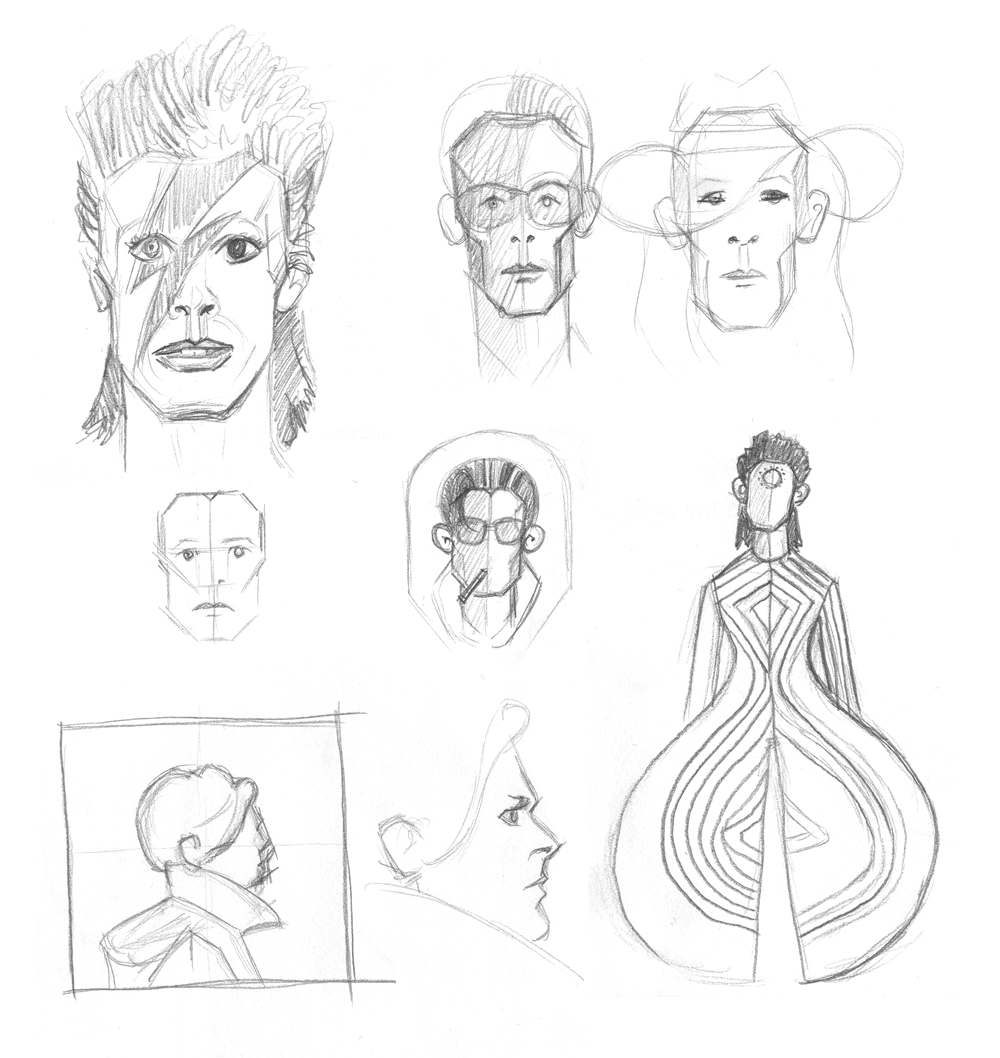 Looking around the net for some icon inspiration - especially regarding depictions of faces. I'm a big fan of DKNG and they are masters of the icon. This portrait of Kurt Cobain is part of their '27 Club' art prints. I love the complexity of the shadows with such simple shapes. 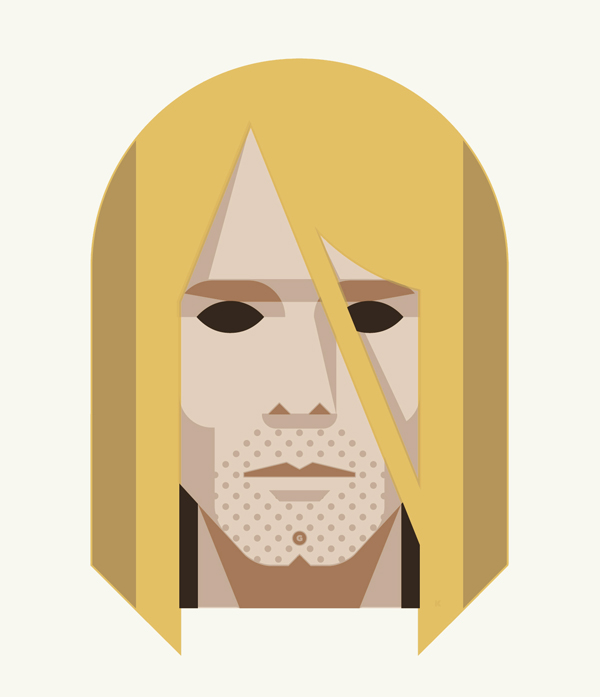 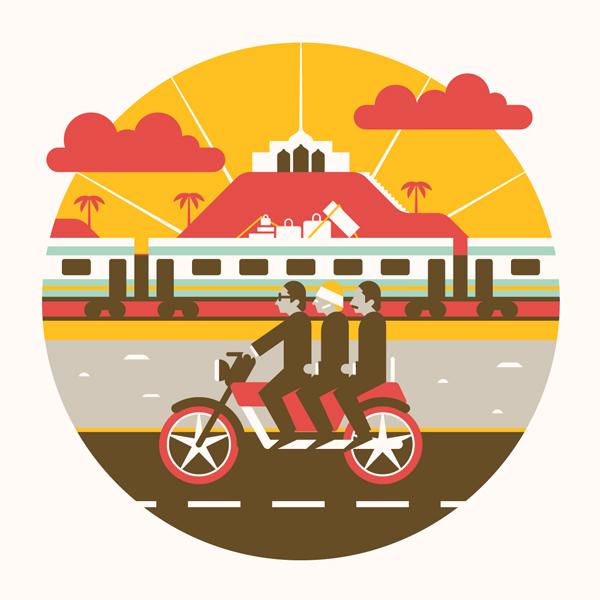 Icons representing 100 years of Paramount Pictures. Love the use of negative space for the faces.

Gangster icons from Lamda. Ideas for using the same face shape and changing the accessories and hair. 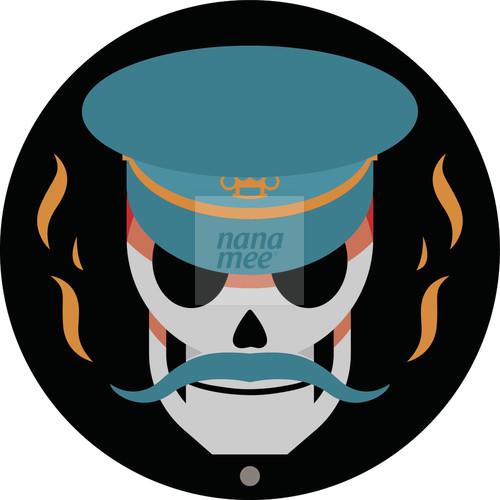 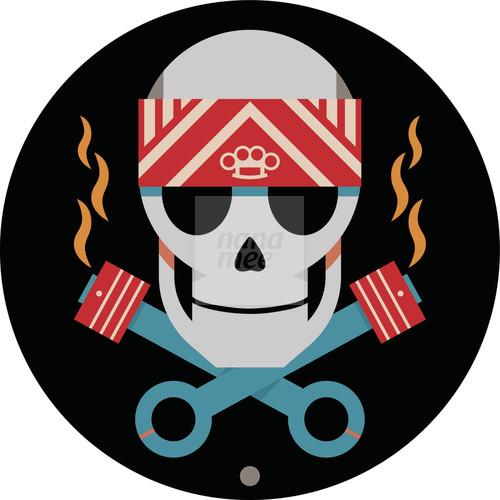 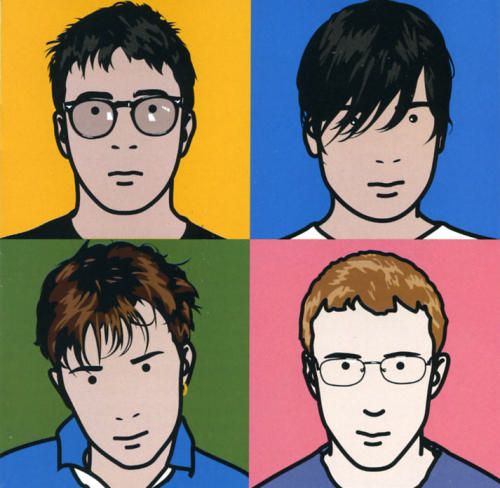 This poster by Tom Eckersley is really inspiring too. 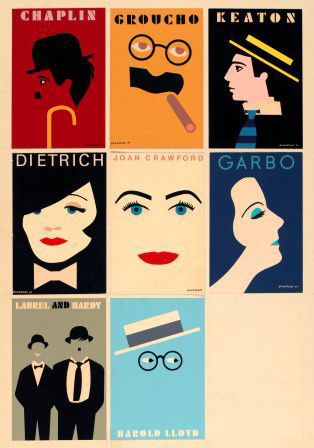 I didn't produce a word map or write anything down as I had a clear idea from the start of what subject to tackle. However, I'm still not sure if I will produce icons of head and shoulders only, full figure or representations of album covers (to be explored in the sketching stage). In the meantime, I'm trying to pick up to ten of Bowie's most instantly recognisable guises spread over about 30 years and I've come up with the following:

I'm aiming to complete at least my top five for the course. That's the theory anyway! 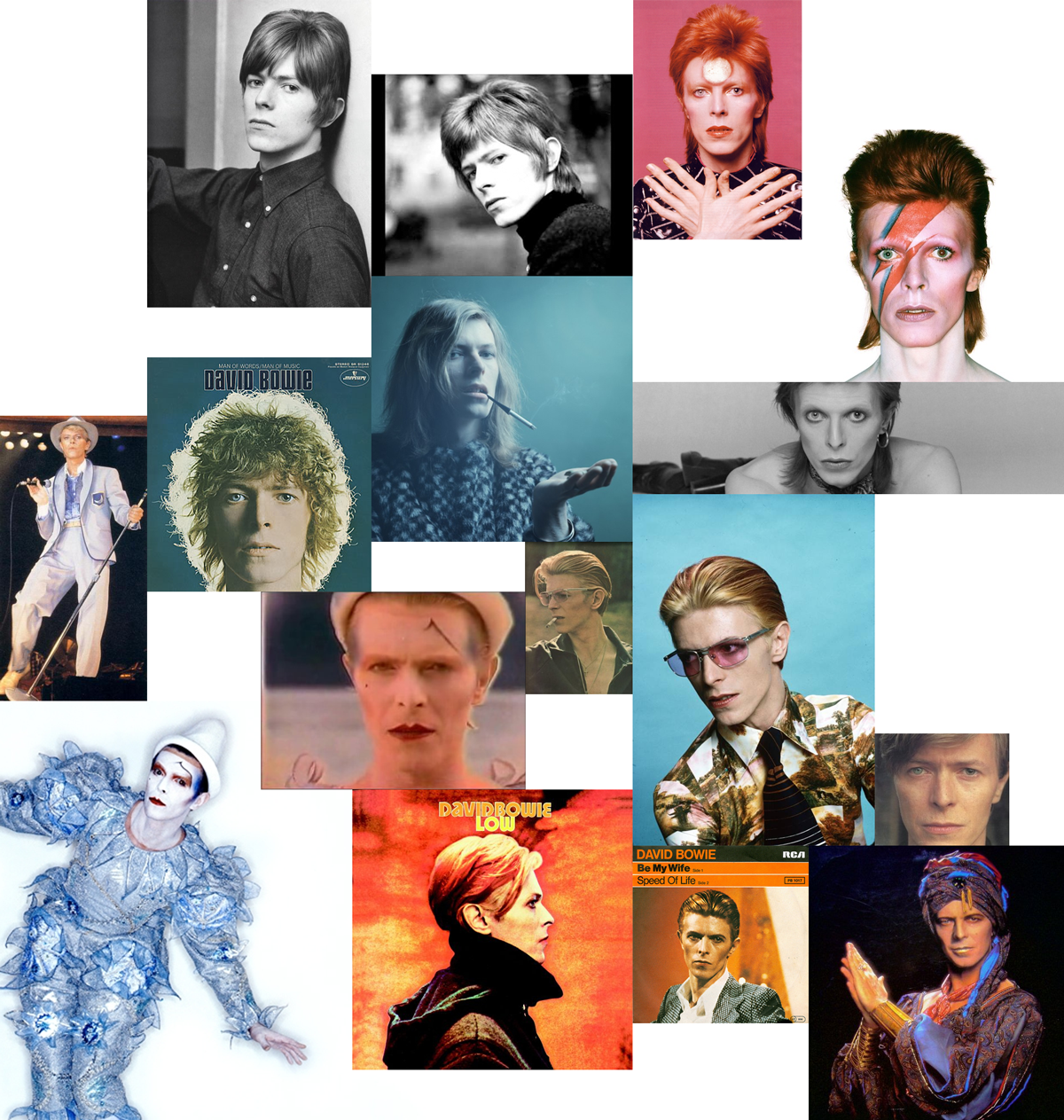