The Last Ballad of Olympus (WIP)

This is an idea that came early in my writing career that I want to redo as a graphic novel.

For years, Apollo has separated himself from the gods. One day he receives a prophecy again involving him in the bouts of gods and foretelling the rupture in the Olympians. Together with his brother Hermes, they must gather an army to stand against a corrupted Zeus and his makeshift court. But can they be ready to stand against a god willing to kill other gods? Has the era of the Olympians come to an end?

The gods have become separated and the age of heroes has long passed. Many gods can be found neglecting their duties and Apollo can be found often walking among mankind. The time is the present.

The main character is Apollo, son of Zeus, who will convince Hermes to be his partner through this journey. Eventually they will be joined by Posideon, Hades, and Athena. Zeus is the main villain joined by Ares, his sons Deimos and Phobos, and Hephaestus.

Apollo first is brought into the situation by the prophecized death of a close friend, Prometheus. As such, he turns to his brother Hermes looking to stop that event from happening, giving no concern for the outcome of anything that follows. It is the actual death of Prometheus that makes Apollo strive to do more.

Apollo and Hermes must learn what it is to lead. What it means to go to war. In the passing of the torch, Posideon and Hades will prepare them mentally and physically to handle what this war may bring and what comes after.

The war begins and they quickly learn that Hephaestus has crafted new weapons for the gods, giving them the element of surprise and abilities far beyond what they trained for. Apollo finds himself doubting the situation, while they try to fight an opponent who's always been one step ahead of them.

Just when they believe they have the upper hand, Zeus reveals the weapons he's been saving. One that spells true annihilation. It is Hermes who challenges Zeus when everyone else freezes. But Zeus shows no mercy and murders his some.

Hades cast smoke, for the team to retreat. While others are at a loss for words, Apollo never falters. He sees the hope in the hopeless situation, the light that can come if they could possess Zeus' weapon for just one second.

Apollo knows what must be done. Returning to the battlefield, Apollo has shared his visions with the other gods. Who will live, who will die. Now, Apollo is ready to make his sacrifice. Athena must be the one to take down Zeus, and Apollo must finally see past his death and give Athena the method.

All is not lost. The universe will begin again, anew, with new gods with the naivety and innocence to view the world as it should be seen. Novel (Juxtaposition with gods being bored of the world at the beginning) 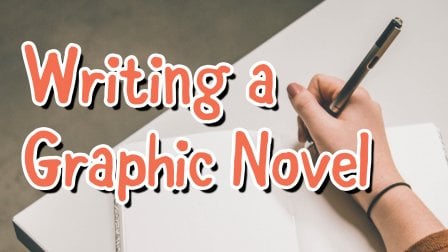