For my poster I chose the swedish band The Knife. They use a lot of imagery related to nature, dark themes, geometry and I sense in a lot of their videos (specially in the ones related to Fever Ray which is another musical project by one of the members) that there's a scandinavian look and feel to most of them. 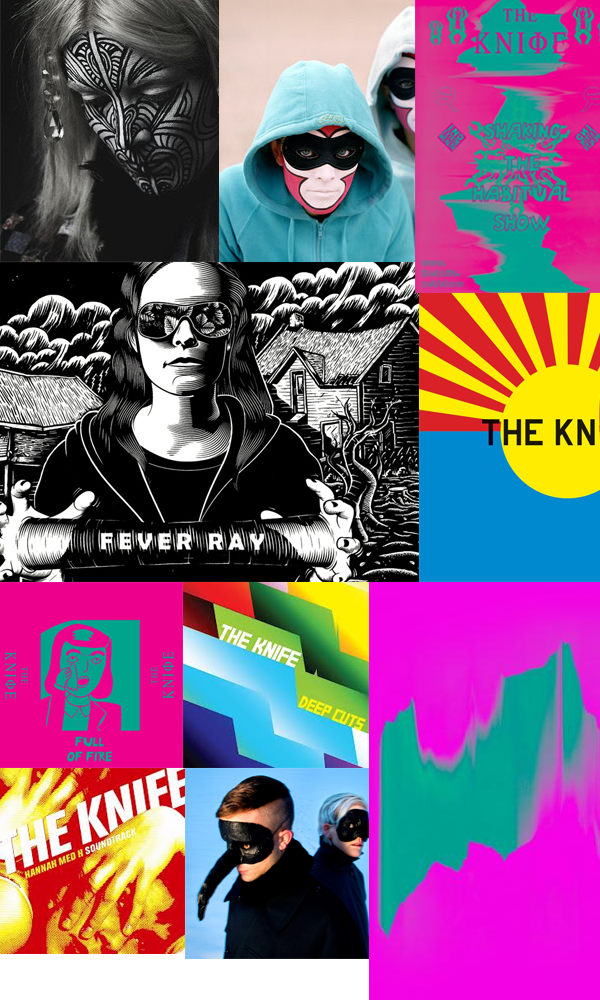 I came up with 4 concepts, the first one is a series of triangles, inside of each triangle there's either an illustration of a picture of people or animals doing something very sensual or physical. I later developed this sketch more and thought of using an image of 2 people kissing, wolves fighting, and a close up of a bird.

The second concept is using a photography of a scandinavian landscape, overlayed with geometric shapes and type.

The third concept is a basic illustration of a woman crying, it'd be very simple and colorful, using probably hand drawn ink and paper or very simple vector graphics.