My Project is a comic book i created with my friends. 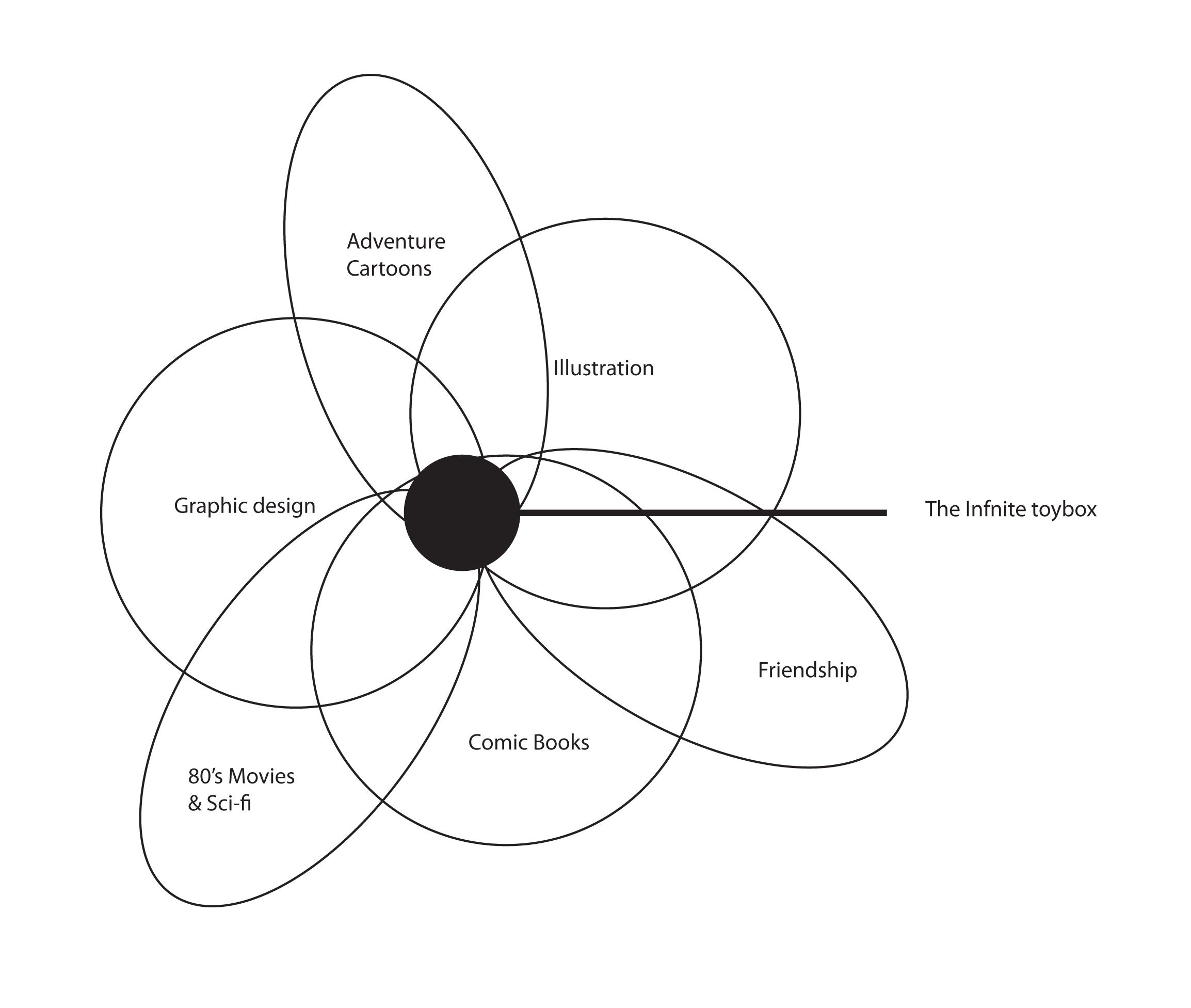 This project started out as me and my friend watching movies on a saturday afternoon and him reluctently showing me a crude looking comic book he created for fun to learn about art materials for his job. I was really impressed with the characters and world he had created, adventure, aliens, robots, dinosaurs and a father son underdog duo as our heroes... weilding an intergalactic time teleportation toybox which would turn their worlds upside down.

'THE INFINITE TOYBOX' is an all-ages comic that incorporates multiple genres. At it's heart it's a vibrant science fiction comedy reminiscent in tone to 80's movies like 'Back to the Future' married to classic Saturday morning cartoons.

So that afternoon i drew up his characters into what could be the cover for his comic, and we thought actually this would be pretty cool to create an issue. 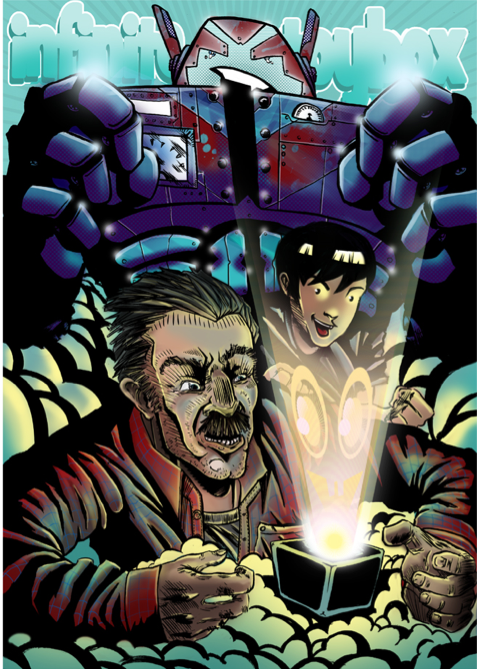 The orginal illustration eventually evolved into the cover for the first issue. you can see that i reworked the cover as my style evolved. 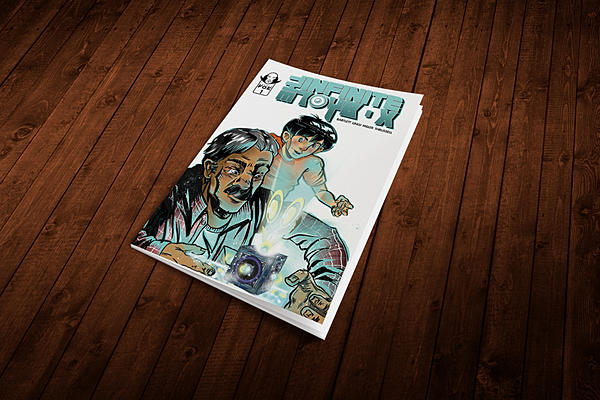 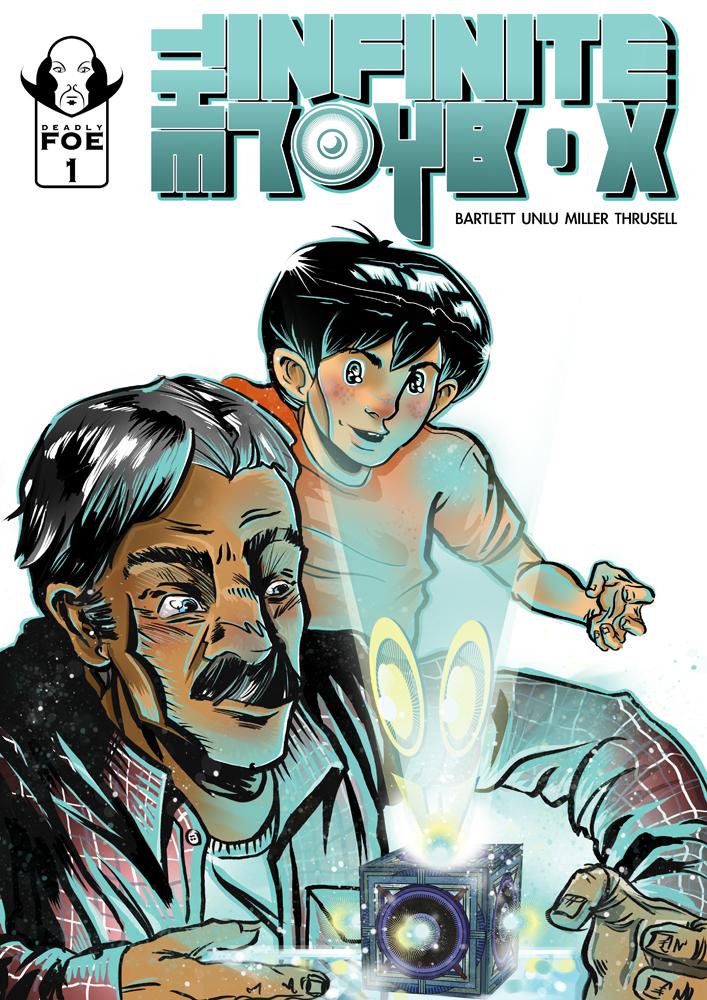 As the cover evolved so did the logo. 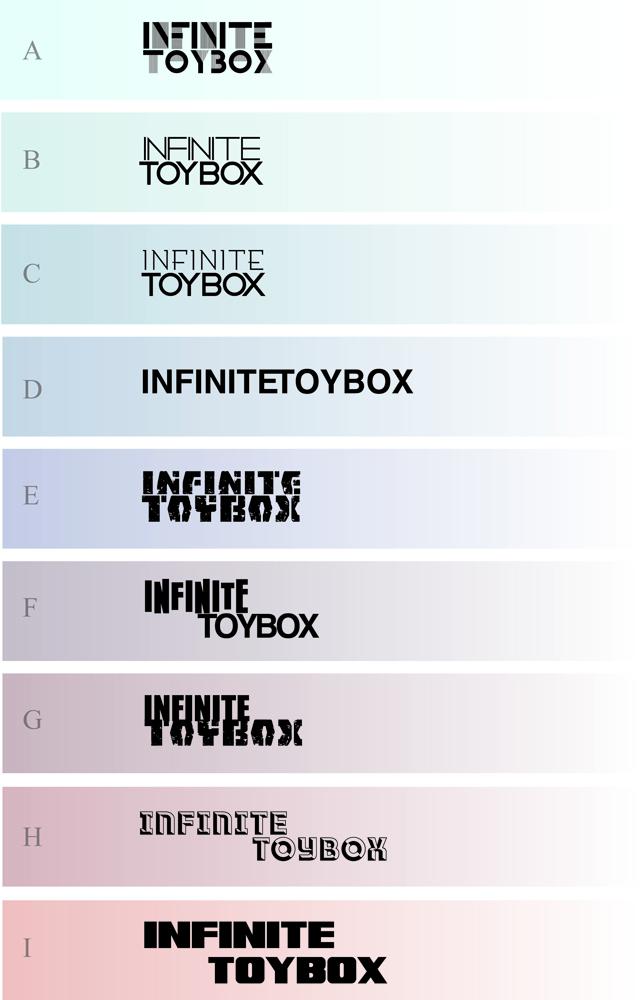 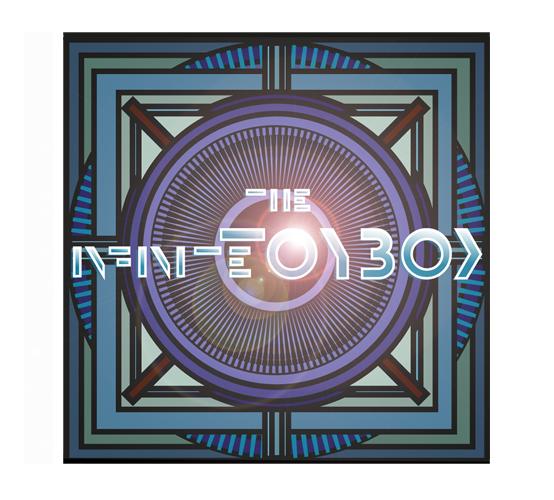 We felt that this was a bit too abstract. so we ended up developing this logo.

Im a big fan of illustrated covers dipicting the characters in a different style to the one used inside the book. So i developed another cover in my digital painting style. 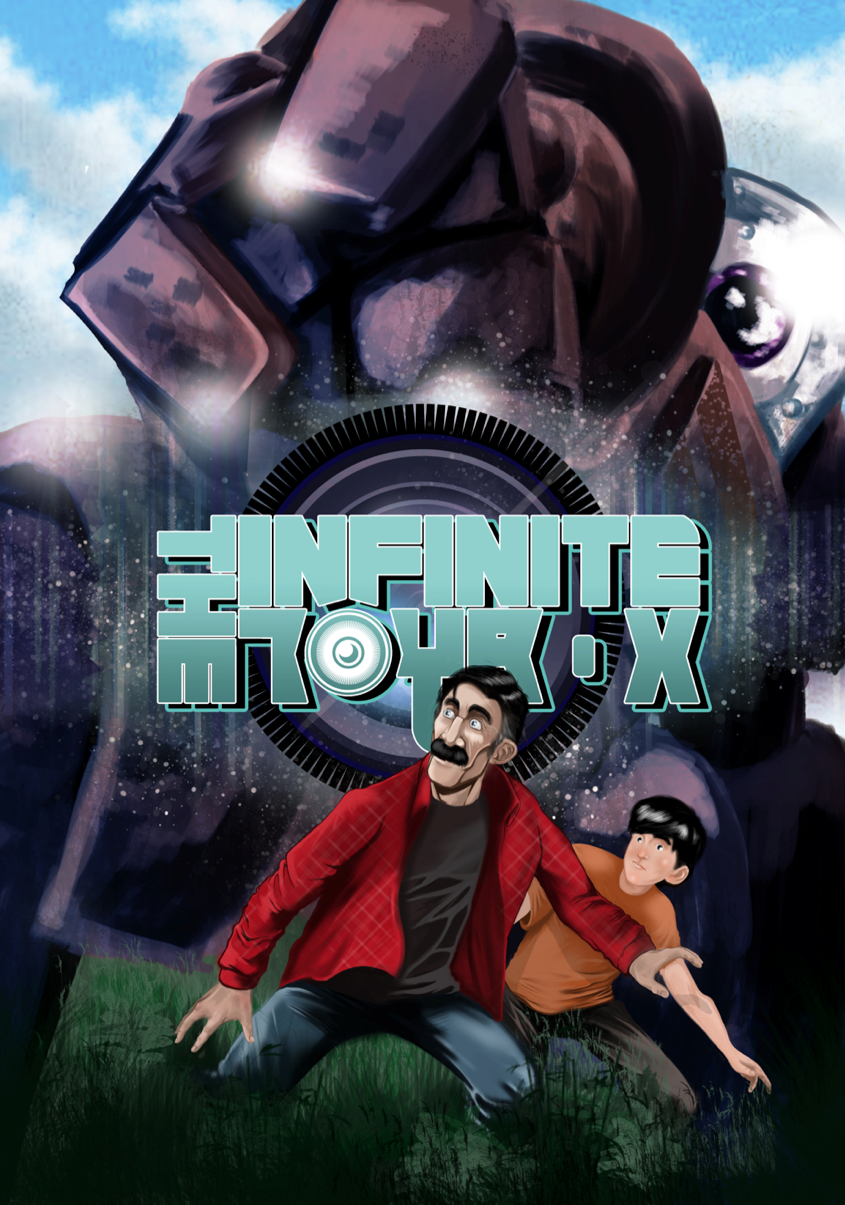 The rest of the team were not so keen on using it as the cover as they felt the other one said more about the comic in the essence of what its about. a father and son with a magic box. So this cover would be put inside the book as a pin up.

Here are some concept drawings of the primary characters. 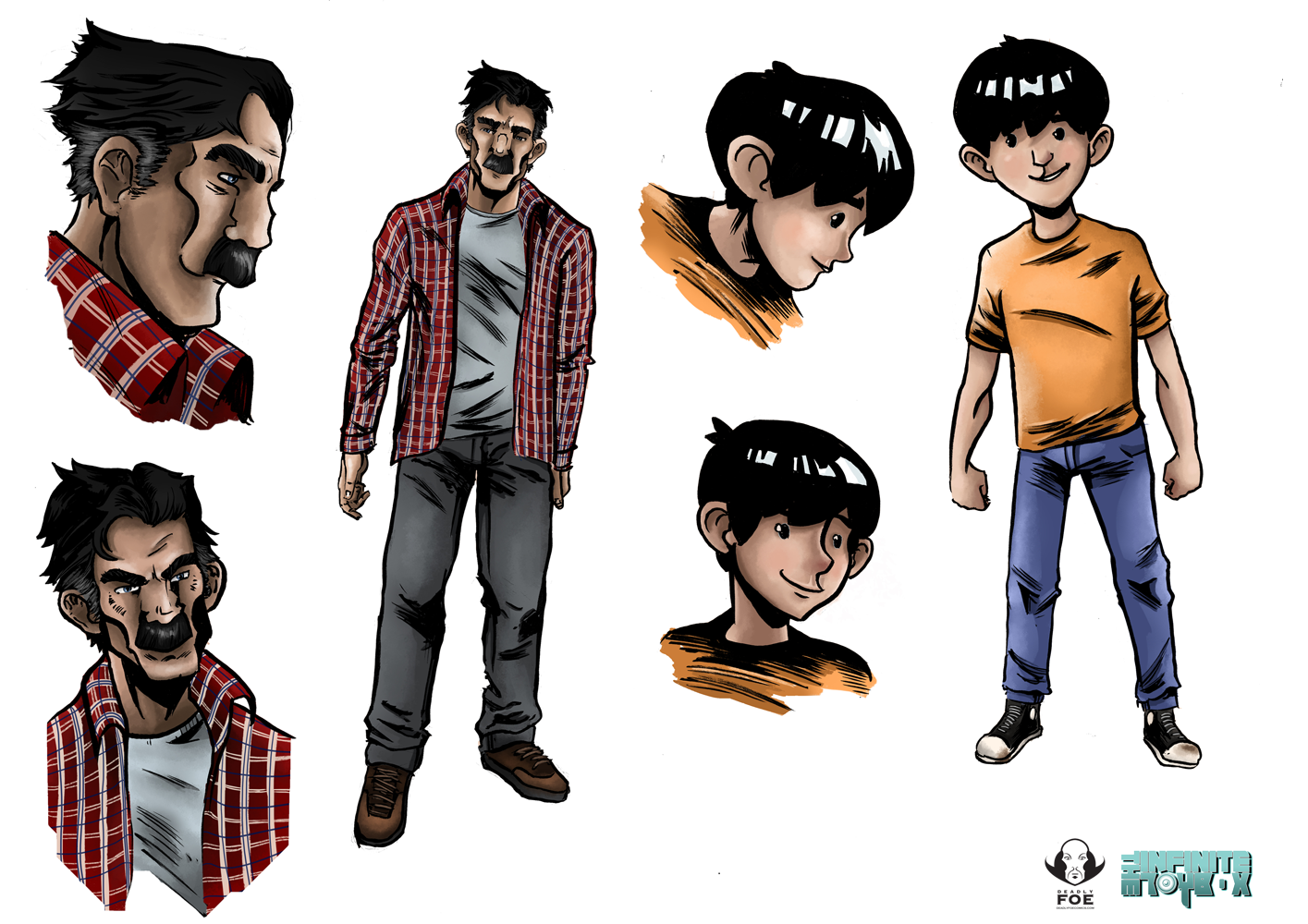 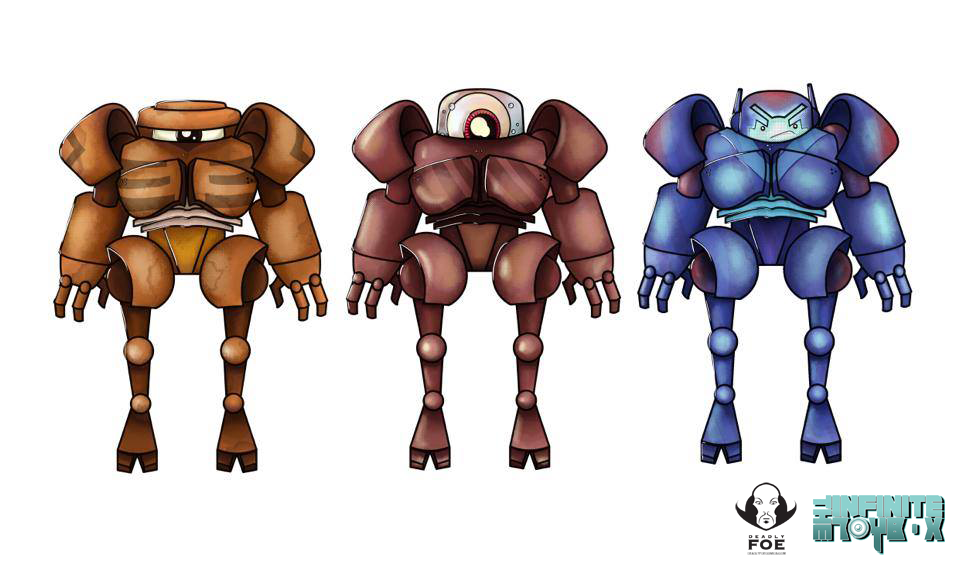 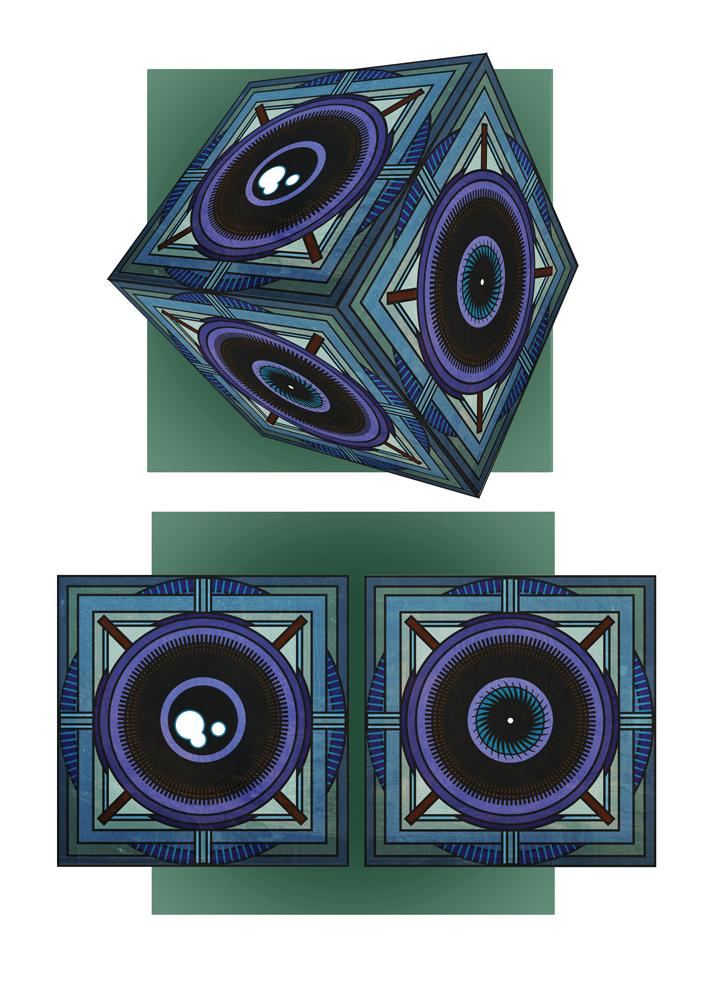 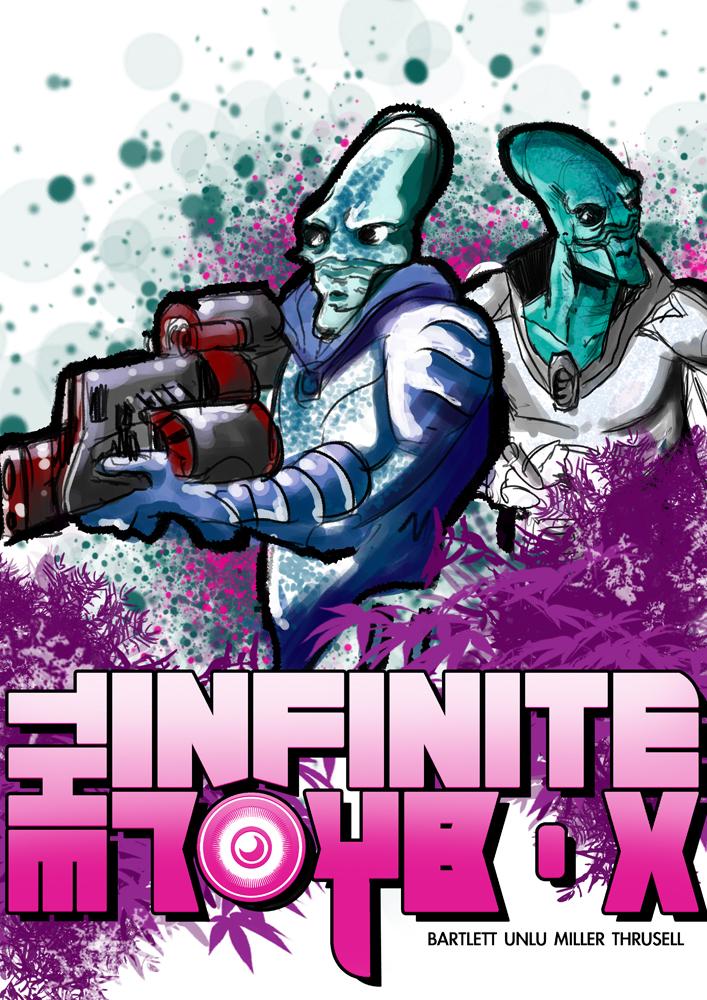 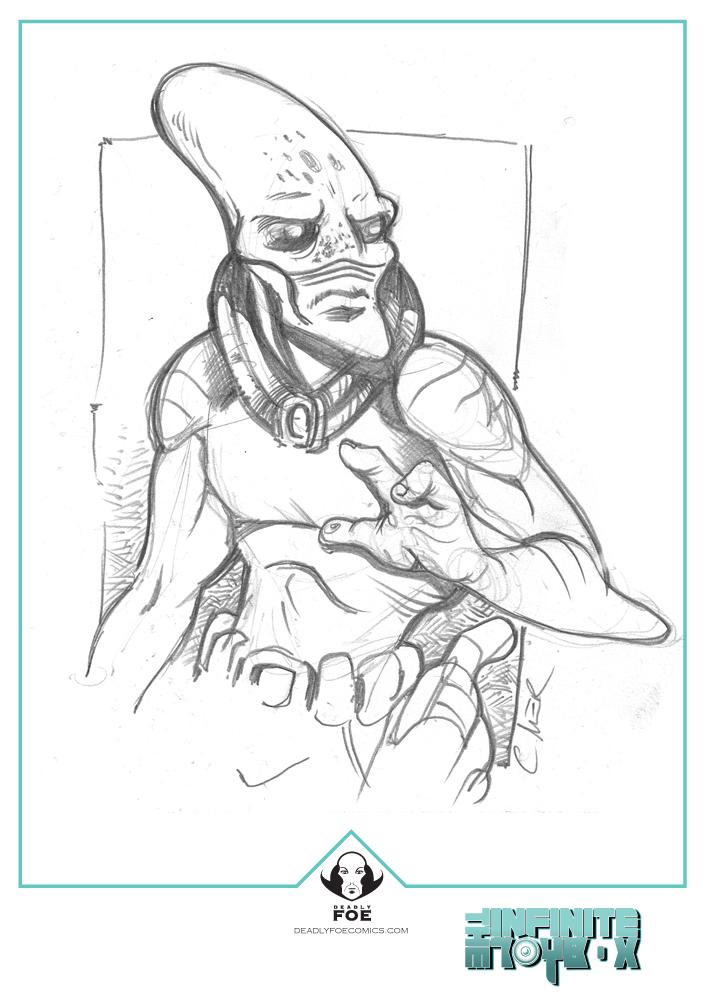 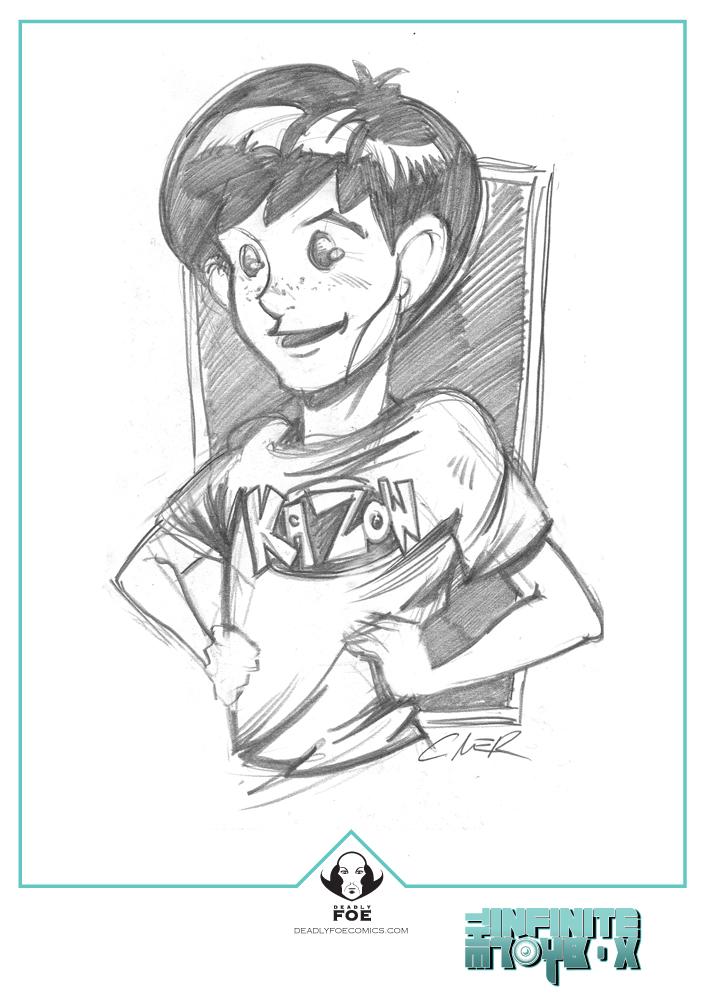 Here are some evolutions of a page from pencil to inks done by my self then the colours added by emma thrussell. 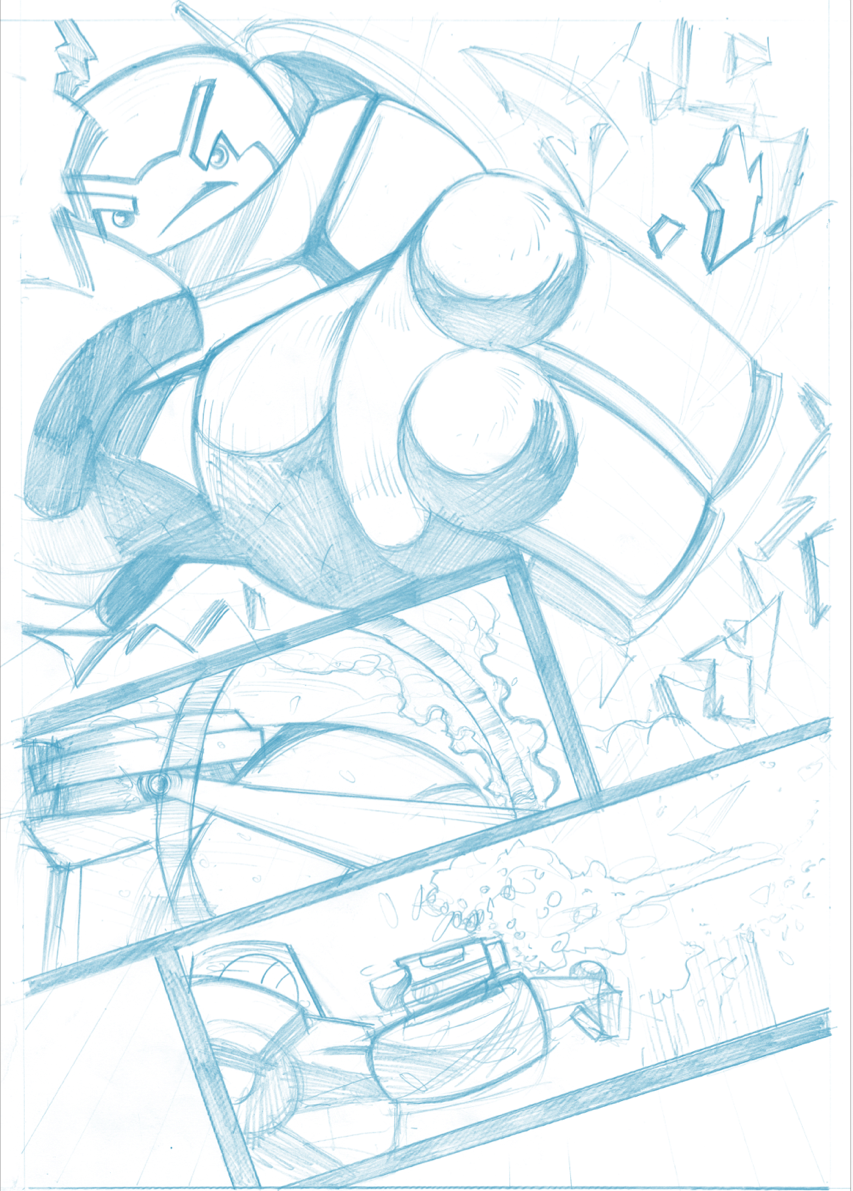 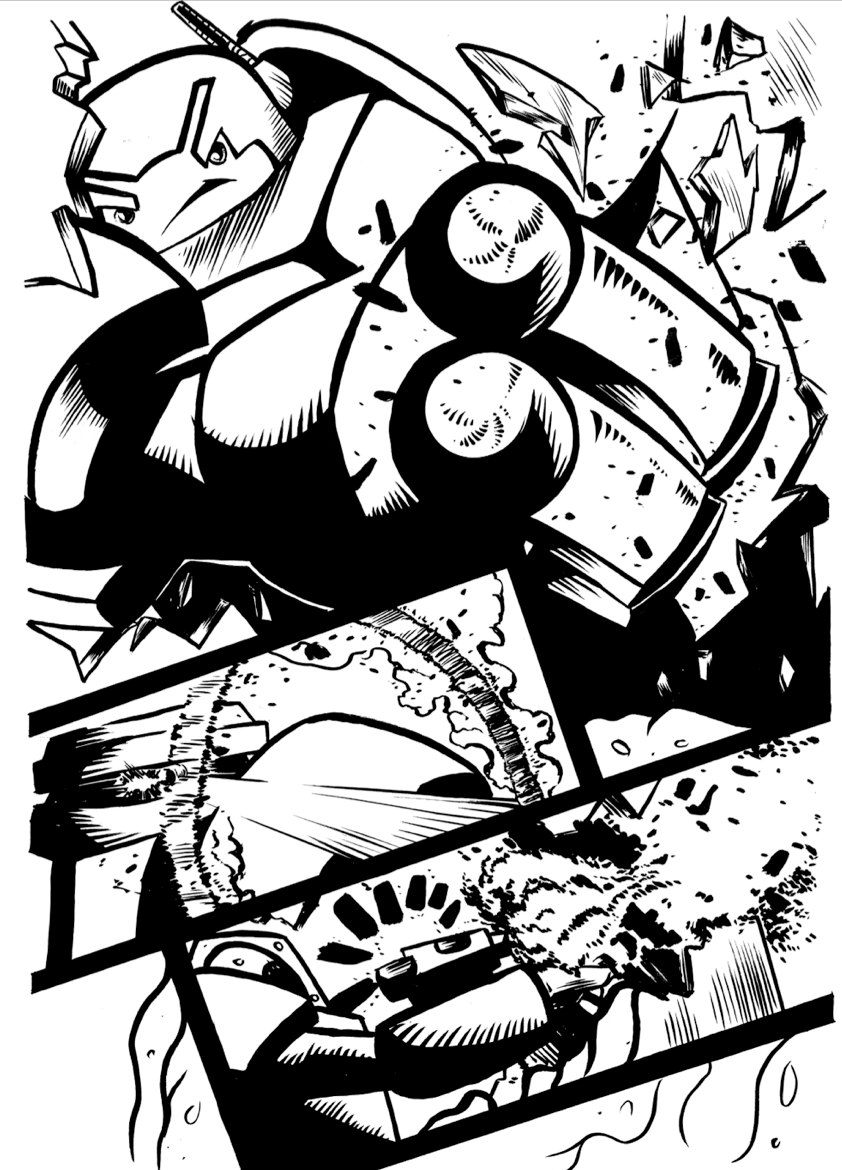 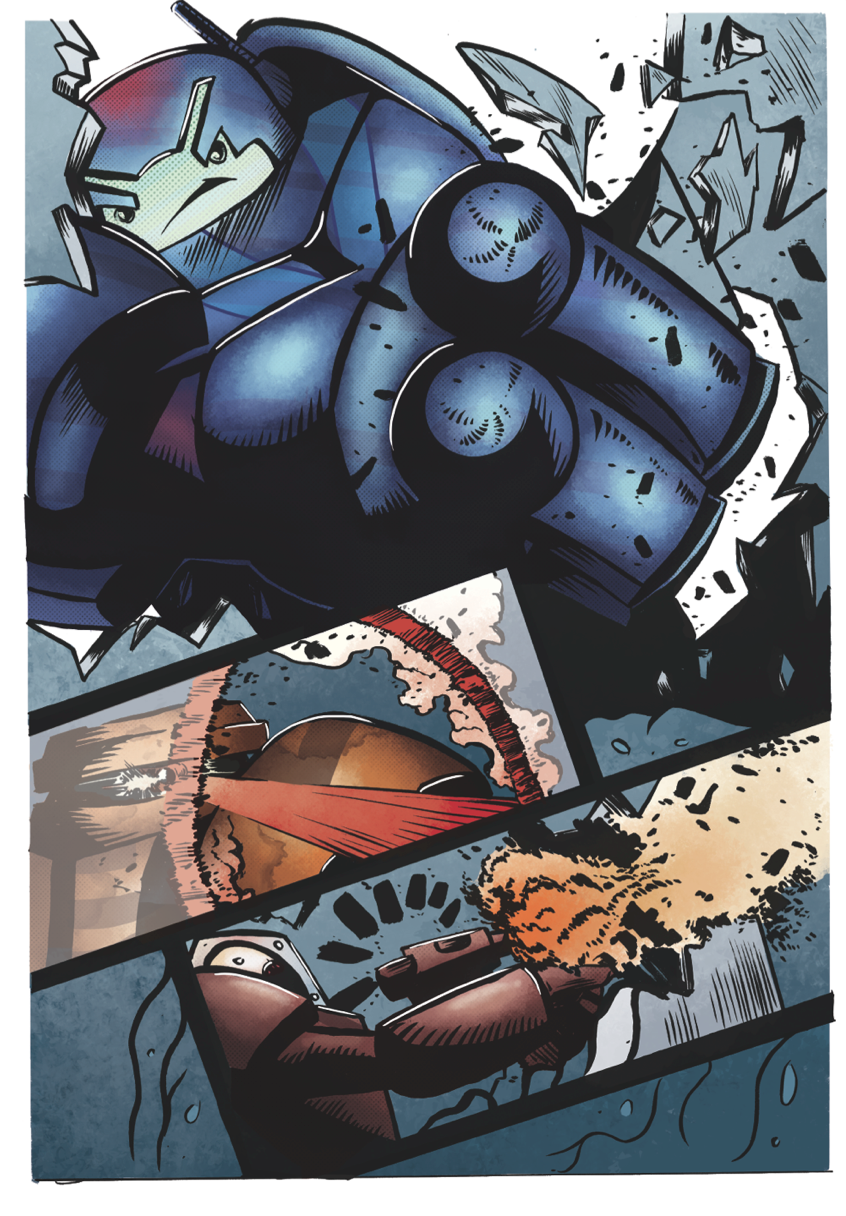 Iv started issue 2. Pencils inks and colours done by myself. 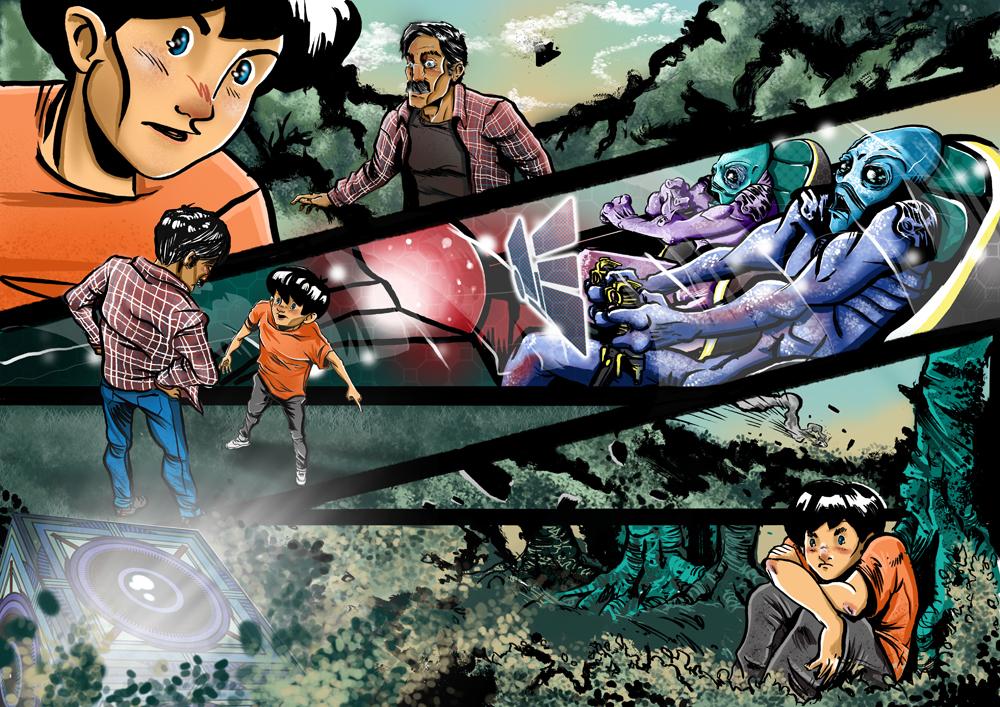 Thanks for checking out my project. 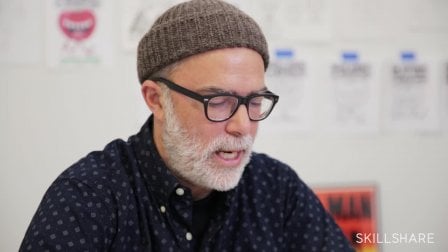