The History Of All English Finals In European Club Football

We are all set for an English UCL final with Man City and Chelsea in good positions after their first semi-final legs. While over in the Europa League Man United were very impressive in their 6-2 home win against AS Roma. Arsenal will need a comeback win after a 2-1 away loss but are playing at The Emirates in the next leg and have every chance of making it through. With that mind we review all occasions that England clubs have locked out Europe's 2 premier football competitions.

There have been a total of 4 times that that England sides have faced off for European Glory:

The inaugural UEFA Cup was a knockout competition featuring 64 teams. The final was contested over home and away legs with Tottenham Hotspur winning 3-2 on aggregate. Every player on each side was British bar 1, Joe Kinnear from The Republic of Ireland, almost inconceivable to think in modern times. Martin Chivers netted 2 goals over the tie, 1 of them a remarkable 25 yard effort to give Tottenham a 2-1 away win in the 1st leg.  The cup was sealed at White Hart Lane after a 1-1 draw handing The Lilywhites their first piece of European silverware. Other memorable wins for Tottenham on their way to the trophy were 9-0 and 6-1  demolitions of Iceland's Keflavik and an underdog semi-final win against AC Milan.

We had to wait 36 years to see another all English final with Sir Alex Ferguson and Avram Grant locking horns in a dramatic match that ended in a penalty shootout. After Cristiano Ronaldo gave United the lead in the 26th minute it was Frank Lampard who equalized just before half time, the only goals to be scored in regular playing time. A heated affair as always between these giants of the world game resulted in a red card for Didier Drogba in extra time. The Ivory Coast international slapping Nemanja Vidic, he would be a key figure missing in the upcoming shootout for Chelsea. Manchester United went first in the penalty taking lottery and surprisingly it was Cristiano Ronaldo who was the first player to miss with it tied up at 2-2. John Terry had an opportunity to send the cup to London but a cruel slip on wet turf led to him skewing the ball wide. In the end it came down to Frenchman Nicolas Anelka to keep Chelsea hopes alive with Man United ahead 6-5 in sudden death, his weak effort saved by hero Edwin Van Der Sar sparking wild celebrations in the United camp.

Both teams made this decider after dramatic comeback semi final wins. Jurgen Klopp’s Liverpool made what is considered one of the greatest European comebacks having gone 3-0 down away to Barcelona, winning 4-0 at a ferocious Anfield. It took a 96th minute goal from Lucas Moura to get Tottenham into the final after being 3 down on aggregate with just 36 minutes left to play in the tie. They went through 3-3 on the away goals rule against AFC Ajax from The Netherlands.

It was Liverpool's 9th final and 2nd in row and the experience proved to be valuable. On a warm night at Madrid's Metropolitano Stadium it didn’t take long for Liverpool to get the upper hand. Manager Mauricio Pochettino was furious when after just 24 seconds Moussa Sissoko handled in the penalty area. Liverpool’s top scorer for the season Mo Salah duly converted the awarded penalty. What pursued was a very dull game with few chances and little entertainment for the 63,000 strong crowd. It was Divock Origi who eventually struck in the 87th minute of the game, sealing the win for Liverpool. The win was a  huge sigh of relief for The Reds after handing the cup to Real Madrid a year earlier, thanks to some awful goal keeping and defence work. Final score 2-0 Liverpool.

A brilliant year for English Football saw both the UCL and Europa League finals featuring English teams. The Olympic Stadium in Capital City Baku, Azerbaijan set the stage for this far from home “London Derby”. Arsenal Manager Unai Emery was undefeated in 3 previous Europa League finals while in charge of Sevilla, while Chelsea manager Maurizio Sarri was taking part in his first final in  European competition. The 2nd half was when the game really lit up after a scoreless 45 minutes. Goals from Olivier Giroud, Pedro and Eden Hazard within 65 minutes put The Blues in a commanding position before Alexander Iwobi gave Arsenal a glimmer of hope in the 69th minute. Just 3 minutes later however, Eden Hazard dashed any hopes of a Gunners comeback by converting a penalty won by Giroud. A dominant display from the West London side handing them the Europa League title for the 2nd time, final score 4-1.


Another golden year for English football?

With strong 2nd leg performances English teams can secure another single nation contest across both finals. 2018 - 2019 was the first time ever all 4 finalists hailed from 1 country. Spain and Italy currently have the most number of lock out finals with 5 (Spain 3 UCL, 2 UEL) (Italy 1 UCL, 4 UEL) followed by Germany with 2 (1 UCL, 1 UEL) and Portugal with a single UEFA Europa League final. Interestingly enough, if it were to be a double lockout of English teams both matches would feature teams from Manchester and London. 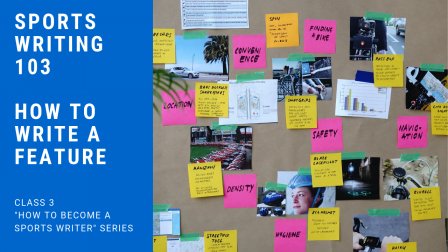 Sports Writing 103 | How to write a feature?
Nikki Parsons