Yes it's a paper sketch. I wanted to deviate from the map the little bit, so I decided to focus on the top five states hardest hit and put them in order from most major hurricanes to least. 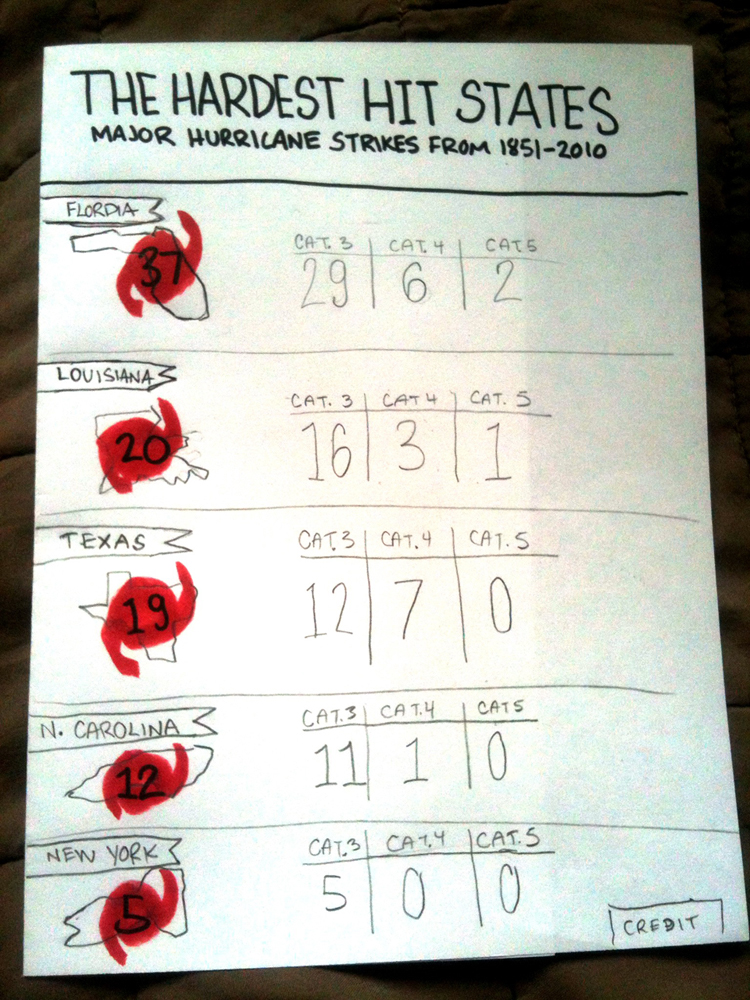 My first draft I wanted to get the data in there. I focued on esthetics just a tad, but I'll refine and post as I go. I'm a little on the fence about showing the states not on a map. I think I might show them on a map in another option and you all can see what works best.

I decided to add the states to the rest of the U.S. map. I felt that the geographic location of each state was another part of information I wanted to include in my infographic. The layout has changed to accommodate this information. I also wanted to plot the individual hurricanes on each state represented by dots (So far only Flordia is plotted.). I also changed the colors so that the numbers pop more. Thanks for the feedback! 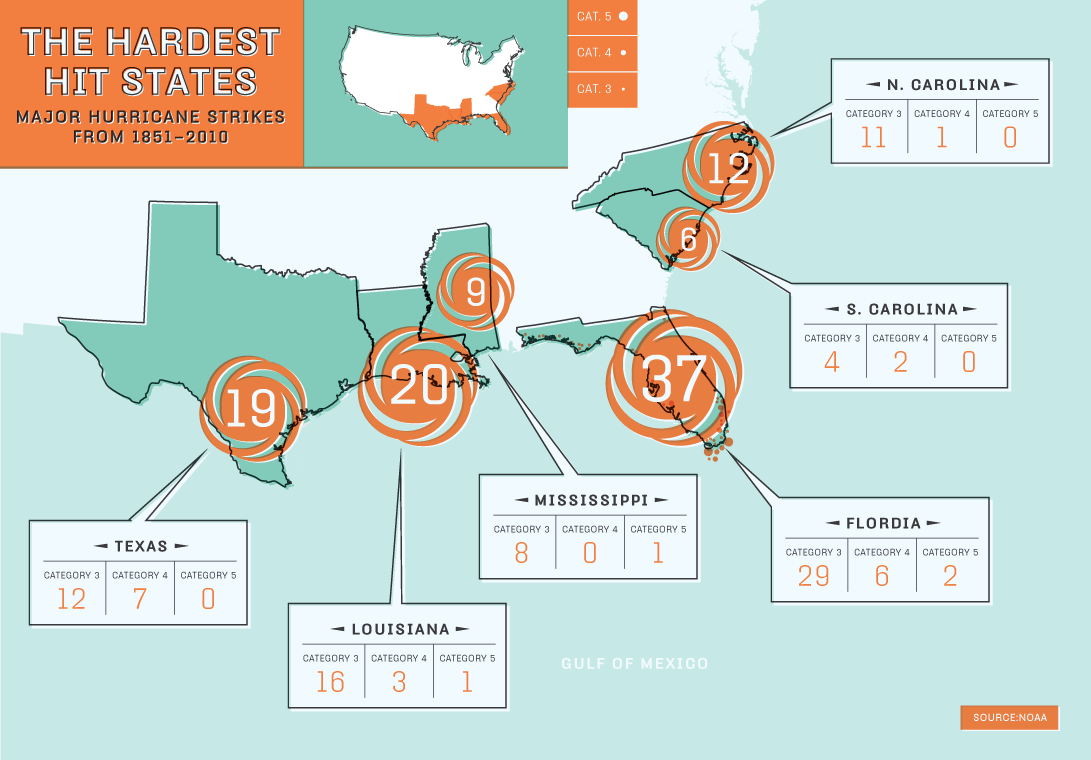 Here is my updated infographic. I added all the land strikes on all the states indicated by dots. I changed the dots to black so they can be seen easier. I'll probably add some kind of texture and shading just so it has a little more depth. I'm going for that "offset print" look, so adding some texture might sell that idea a bit more. 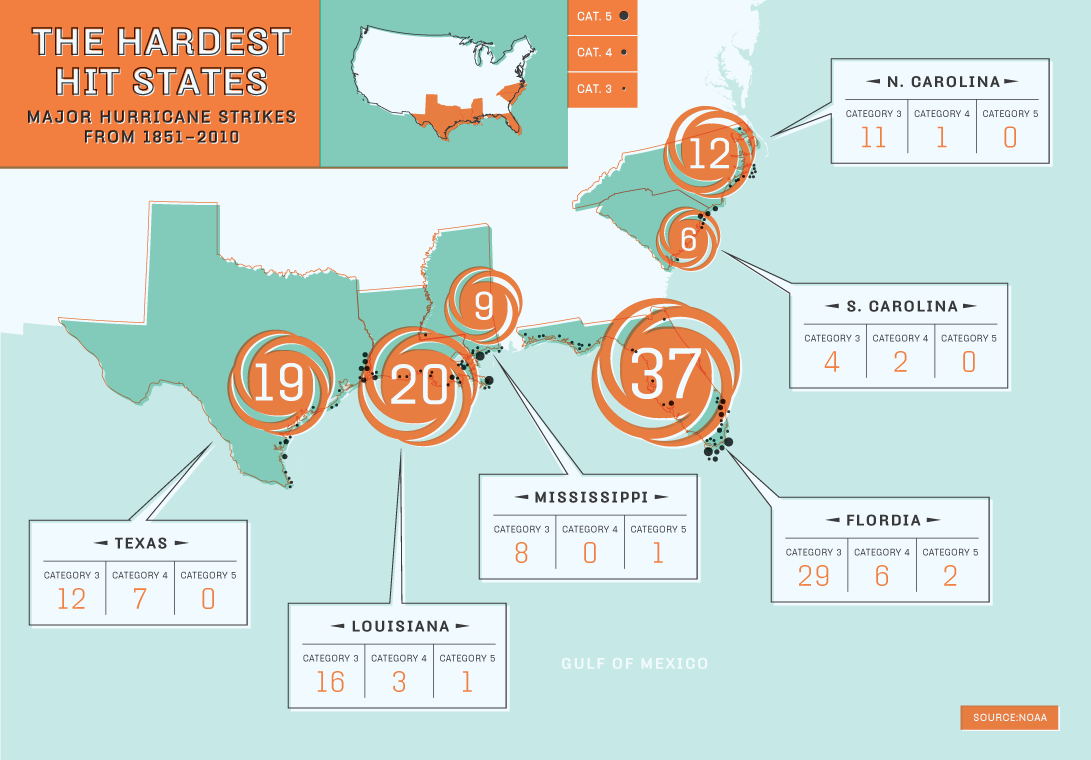 Here is my final infographic. I increased the size of the map slightly to make the plots more visible. I also tried to add the same effect to the numbers I did with my first comp, but it just got too muddy. So I just kept with numbers being "knocked out". Lastly I added a subtle texture to finish it off. Thanks for the feedback! Much appreciated! 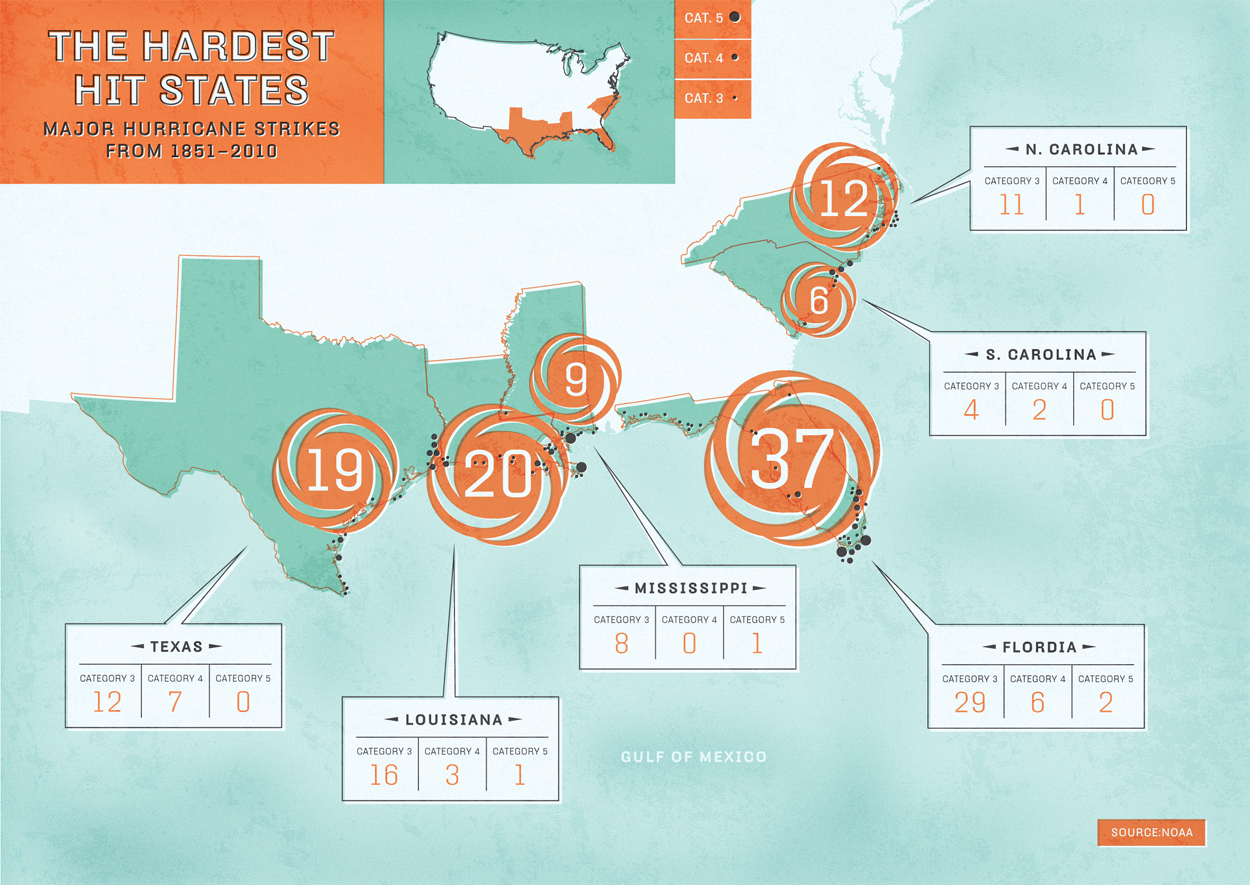