The Gaslight Anthem at The Ogden Theatre

My favorite band of the last decade or so is The Gaslight Anthem, and they just happen to be playing near me in April, so it's an easy choice for my gig poster.

Gaslight is a blue collar band if there ever was one, and their music is very much about nostalgia, heartbreak, and lost youth. There's also a certain desperation in their sound, like you hear in Bruce Springsteen's Born To Run and Darkness On The Edge of Town albums. In Gaslight songs, a relationship is always hanging in the balance. (I woulda gotten you out of that town you despised/You tell that to Janey if she writes).

For my poster, I came up with the concept of a man standing in the street with a bouquet of flowers at his feet, watching as a bus pulls away -- presumably with a lost lover aboard. He tried to make one last big romantic gesture to get a girl to stay with him, and it didn't work, and now she's leaving his life for good.

To keep with the nostalgia feel, the bus would be a Greyhound silversides bus from the '50s/'60s: I've got three ideas for how I could approach the illustration. The first is a simple side view of the bus, much like the scene in "25th Hour" when a bus pulls away to reveal Monty and Naturelle's reunion. This would be the easiest illustration to pull off. I could add some mountains in the distance to give it a local theme (Denver, CO). 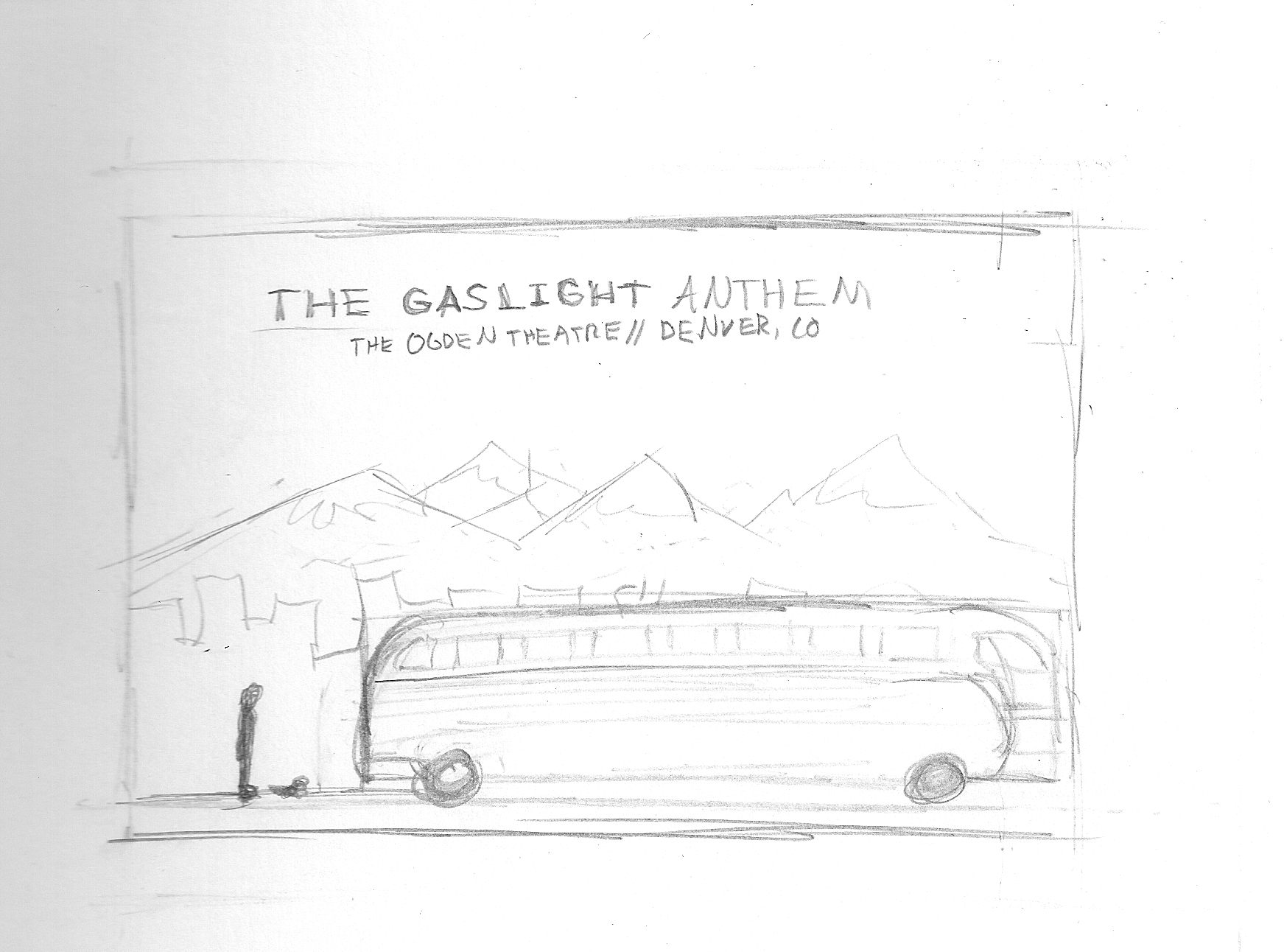 Another option is a "High Noon"-style treatment, seen through the legs of the protagonist, with the bouquet at his feet and the bus in the distance. 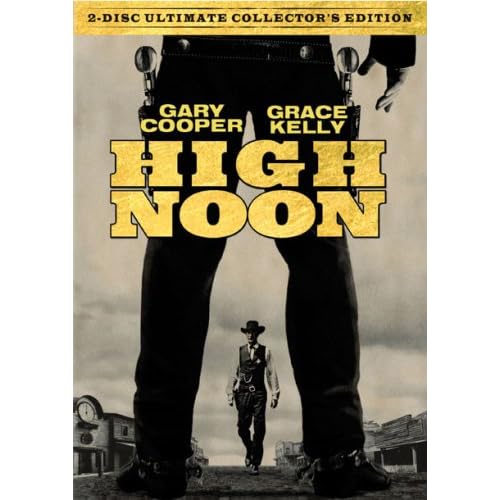 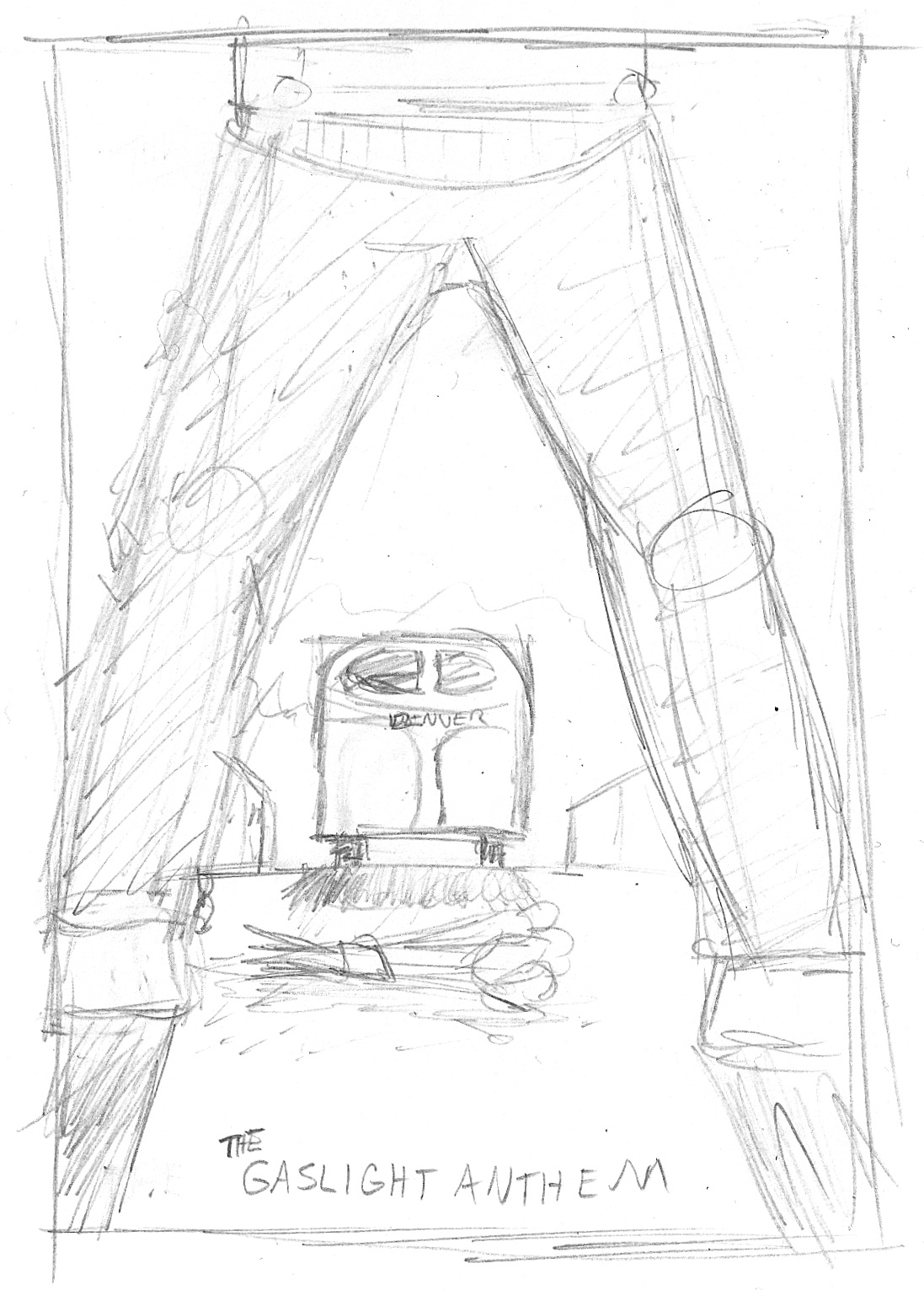 The third (and most difficult) option is to show the scene from a more dramatic, comic-book inspired perspective. 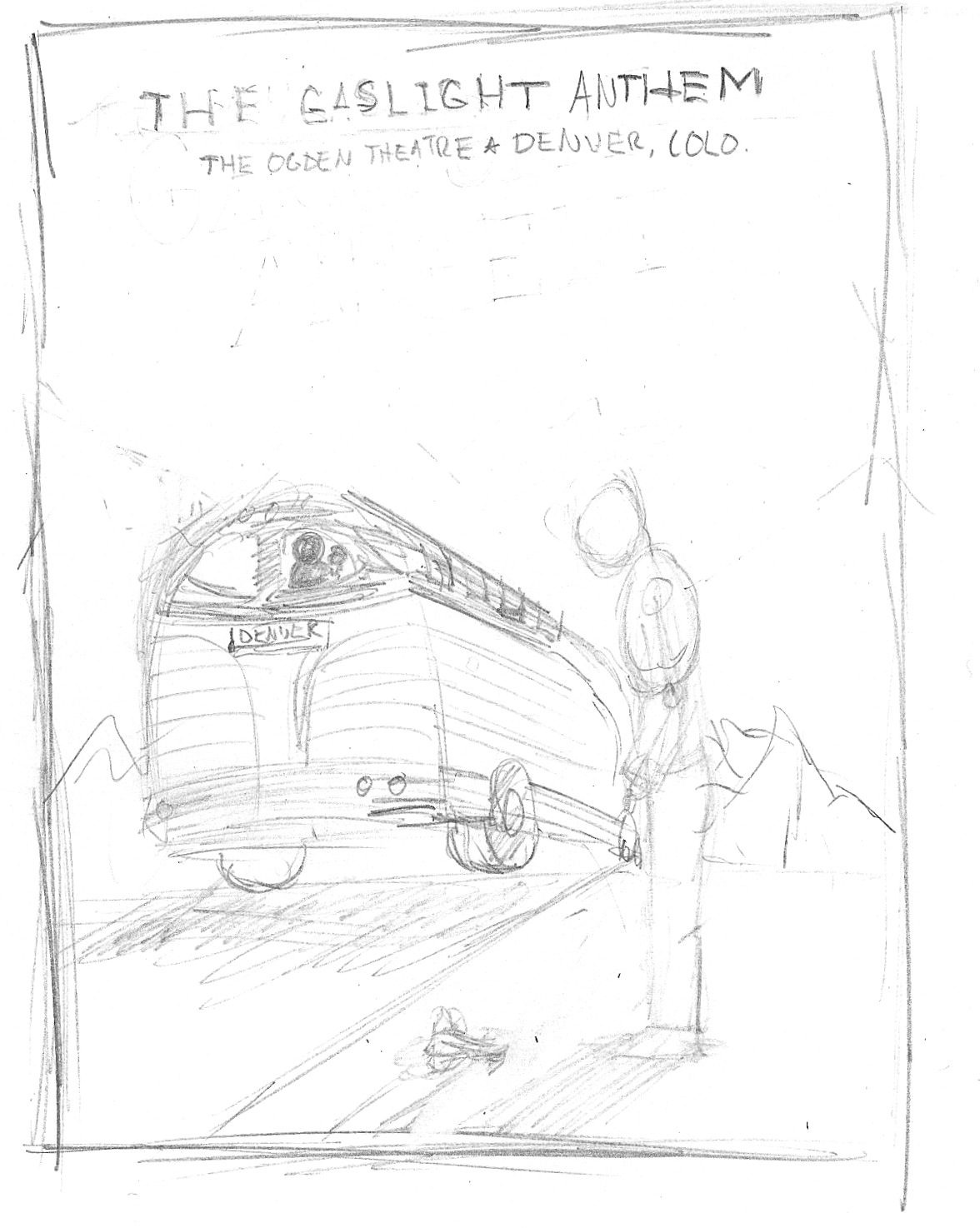 Thanks to everyone who provided feedback! I'm going to go with the concept from the sketch directly above, but with a slight twist: I wanted to add a glimmer of hope/redemption to the illustration.  So rather than the bus pulling away while a man sulks, he's going to be arriving at the bus just as the girl is about to board. She'll look over her shoulder, and he'll have the flowers in hand. The poster will still have portrait dimensions, so none of the typography is in this sketch, just the illustration itself: 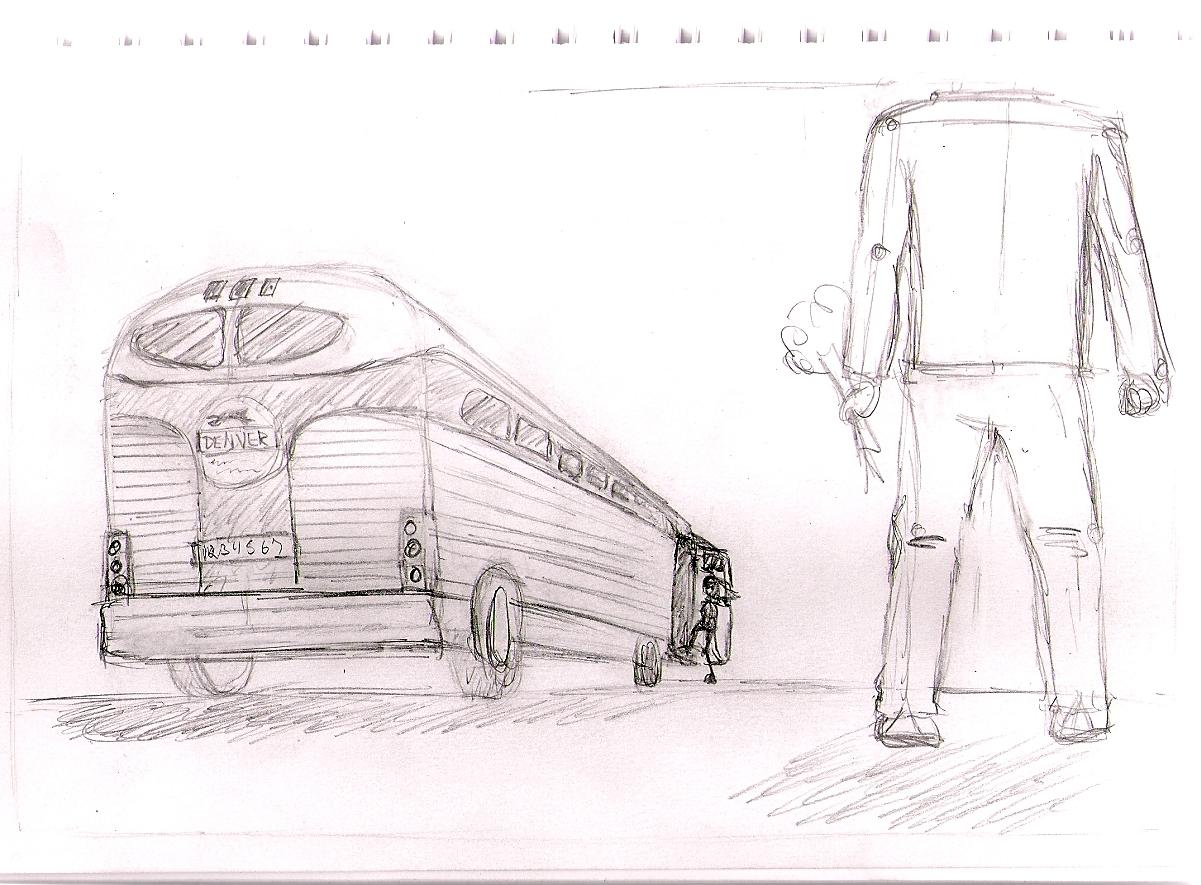