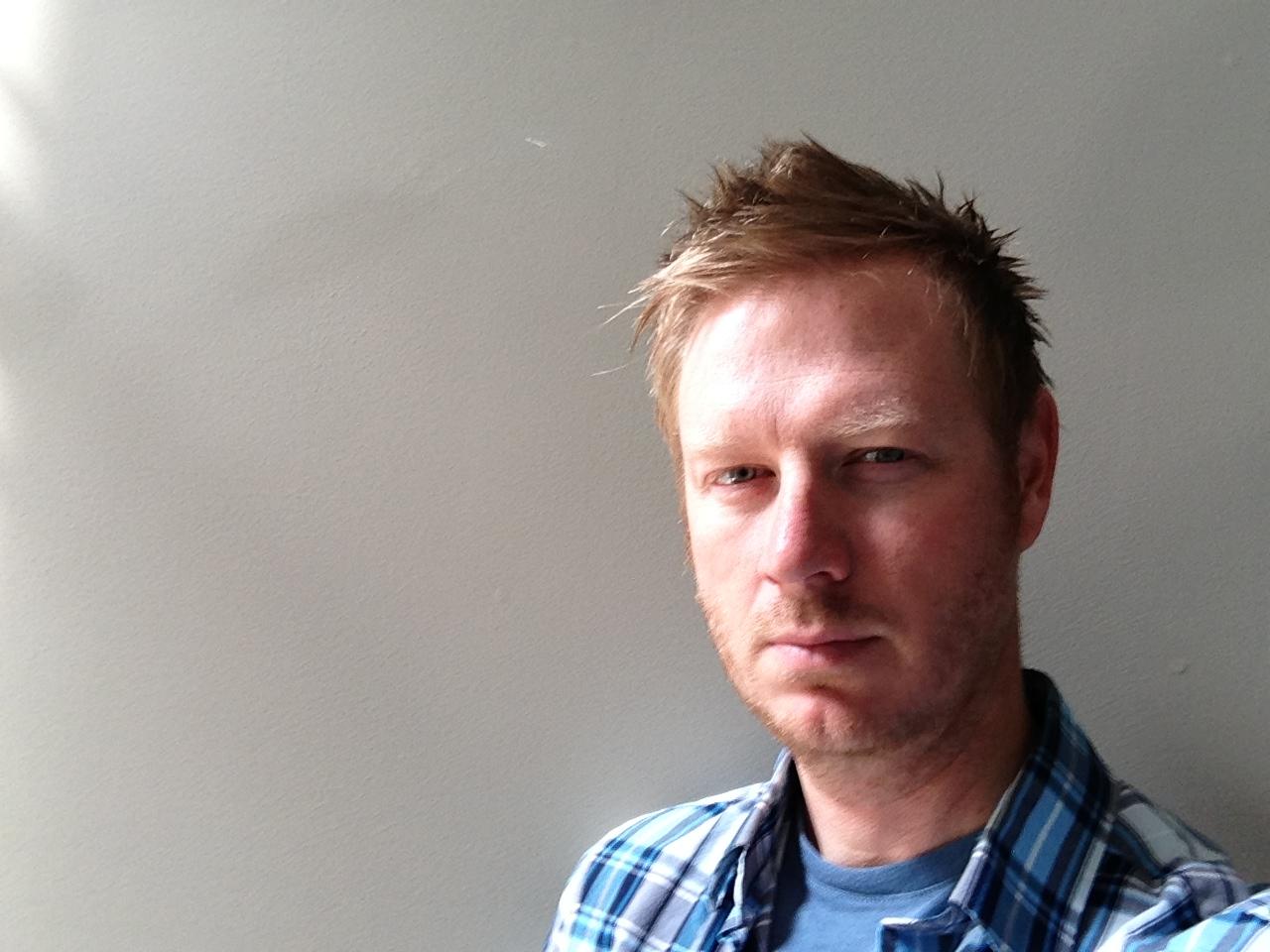 The Dream Rider is the first book in a new young adult/sci-fi series I am releasing in June of this year.

I also write fun, fast-paced, action/adventure novels and currently have two on Amazon along with two short stories.

The Dream Rider is a new venture for me.  I had the idea several years ago and initially wrote it as a movie spec script (those are only 20k words) simply for the purpose of seeing whether or not directors/writers thought the idea was a good one.

After getting some tremendous feedback, I decided to write it as a book.  I've been working on it off and on ever since, but had other projects that had to come first.  The sequel to my first action/adventure book needed to be written along with two accompanying short stories (the fans demanded it).

Now I'm full steam with The Dream Rider.  It is a story about a college freshman (Finn McClaren) who begins having horrific nightmares in which he is murdered.  He doesn't know the people who are trying to kill him but every time he dies in the dream, he wakes up in his dorm room.

Until he fights back.

Finally, Finn stops running and counters one of the attackers, killing the man with his own sword.  This time when he wakes up, he is in another world (Sideros) on the other side of the galaxy.  He is arrested and taken to a prison where he finds out the entire world has been enslaved in a communistic society by an evil emperor.  The emperor (Mallock) forces the worst of his prisoners to fight in the arena games, a gladiatorial fight to the death.

Finn finds out that on Sideros, he has powers and abilities that defy human logic.  He meets Jonas, a fellow prisoner and trainer for a certain group of misfits.  Something tells Finn there is more to Jonas than meets the eye.

Along the way, Finn learns of the reason behind his power and the great responsibility that comes with it.

The Dream Rider is a story about facing fears, overcoming mediocrity, and accepting challenges to become more than what we are.

What if your dreams were real?

Imagine if Stephanie Meyer and Suzanne Collins sat down together to write an up-tempo, action packed sci-fi thriller featuring terrifying nightmares, an evil emperor, a beautiful princess, and gladtiator games on another planet.

That's The Dream Rider, the newest release from Ernest Dempsey, the author who brought you The Secret of the Stones and The Cleric's Vault.

Finn McClaren is an average college student, mediocre in every possible way, until one day, when strange men try to kill him.  Finn wakes up in his dorm room to realize the whole thing was just a dream.  Or was it?

The nightmares continue, forcing Finn to face his deepest fears until one night, he fights back in his dream.  When he awakes, he is not in his dorm room, but on another planet.

After being arrested, Finn is thrust into an underground prison where the inmates are forced to fight to the death in the arena games.  While there, he learns he has incredible powers and of the true reason he has come to the alien world.  To save them from an evil tyrant.

The Dream Rider is a fun, fast-paced, science fiction thriller that also asks serious questions about our fears, self-esteem, belief in our selves, and facing challenges in life.

A few other tips for authors looking to guest post:

Check out alltop.com.  It is a resource put together by Guy Kawasaki.  You can go on there and search for blogs by topic.  He has spent an enormous amount of time putting this together and ranks the blogs in each topic by their usefulness/popularity.  Sometimes Google does a poor job of giving you what you want in terms of finding blogs in certain niches.  Alltop fills in the gap and is completely free.

How to find if they accept guest posts and checking guidelines:  Scan some of the articles to see if any are from someone other than the blogger.  It's easy to find this in the byline.  Then, go into the blog's about page and take a look around.  They will usually have a place where they talk about guest submissions.  Be sure you read the guidelines as every blogger has a different set they adhere to.  You can also check the contact page to see if they say anything about it there.

When writing a guest post for a blog, be sure you have looked through the popular posts and understand the structure, flow, and style they are written in.  Some blogs prefer you to write a life story that illustrates a point.  Other blogs like list posts.  Some want one or many actionable steps for their readers to take.  Just look at what they've run before and apply it to something you can share.  Personally, most of the bloggers I have spoken with prefer to be pitched posts that you have already completed, not just ideas for a post.  So, when you pitch them, go ahead and send them the post.  And be sure to tell them that you wrote it just for them.  If they turn it down, you can always tweak it and submit it to someone else.  But never submit the same post to multiple blogs simultaneously.  This is a big no no.

When you get rejected for a guest post, and it will happen, be sure that you thank the blogger for getting back to you and for the opportunity.  This opens up the stream of contact.  I got rejected by Tiny Buddha the first time and thanked Lori for at least reading it and for her comments.  A few weeks later, I sent her a link to an article I'd published on my site called The Swings.  I explained it wasn't a submission for a guest post but I thought she was the type of person that would enjoy the article so I wanted to share it with her. She was very grateful for that and the next time I submitted a guest post, she already knew who I was because I had established a relationship of sharing, not just trying to get her to use my stuff.  Now I believe I can email Lori semi-frequently whenever I have something to share and she will know it is quality.  Establishing this kind of relationship with people is huge, especially in a world full of people just trying to GET something from others.

action step:  Already watched Kimanzi's video.  In fact, that's how I found Laura a few months ago.  :)  Bang biscuit!  (that's a term of celebration like, woohoo)

Step 1:  Spy on best selling authors and use the download Laura's friend provided to craft a strong description.  Date to complete:  Done.

Step 3:  Send out cover for feedback from subscribers:  Done

Step 5:  Figure out media angles:  Mostly done.  I searched through the magazine rack at the local B&N and took snapshots of all the travel magazines I'm going to query.  I also have a list of blogs to submit for guest posts, one has already been accepted with Tiny Buddha:  Mark and Angel Hack Life, The Change Blog, Pick The Brain, and possibly Art of Manliness.  Still looking for a few travel and history sites to write for online.  Deadline:  5/10/2013 for ten guest posts written and submitted to magazines and blogs.

Step 6:  Blogging Strategy:  Twice a month with deep, sharable, eternal content that people will find helpful a year from now or two hours from now.  Two emails a month to my subscribers.

Step 7:  Sign up for blog carnival and submit posts.  Ongoing, starting May 1.

Step 8:  I Tweaked my Amazon author page to be more like what Laura described and what I've seen from other authors in my genres.  Done.

Step 9:  Commit to Twitter.  I use twitter three or four times each week to say something helpful to my followers or to share something from another user I think they'd appreciate.  Some is also from a personal perspective. 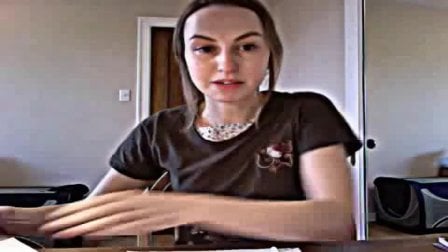